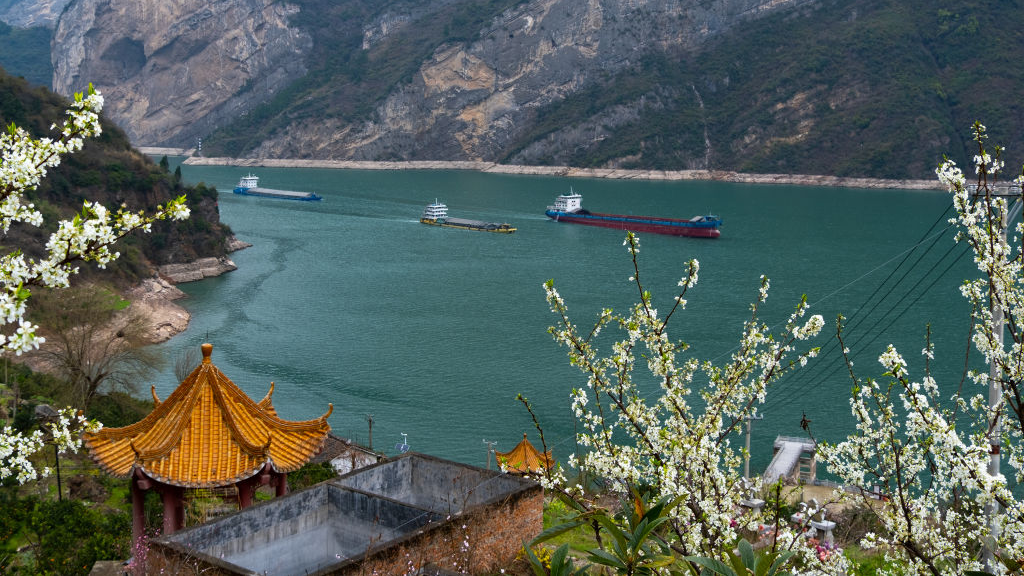 Ships sail in the waters of the Three Gorges reservoir of the Yangtze River in Yichang, Hubei, China, February 27, 2021. /Getty

Ships sail in the waters of the Three Gorges reservoir of the Yangtze River in Yichang, Hubei, China, February 27, 2021. /Getty

It symbolizes not only the first law governing a major river valley of China, but also the rule-based planning, environment protection and green development of the whole Yangtze River Basin, which covers 11 provinces and municipalities and accounts for close to half of the nation's economy. It is also a fundamental legal guarantee for China implementing its commitments to the Paris Climate Accord, to reach peak CO2 emissions by 2030 and hit carbon neutrality by 2060.

Five years ago, when Chinese President Xi Jinping made the call "to step up conservation of the Yangtze River and stop its overdevelopment" as the guiding policy for economic development in the Yangtze River Basin, this huge area was in a poor environment. There were over 400,000 chemical enterprises, five major iron-steel complexes, seven leading oil refineries and mega-sized petrochemical works in Shanghai, Nanjing and Yizhen, and over 6,000 sewerage outlets to the river, with 40 billion tonnes of industrial liquid waste emitted into the river per year, or 51 percent of the nation's total.

Five years later, however, there is a completely different landscape. All the 8,000 high-pollution factories have been moved, 1,361 illegal wharfs have been removed or fully rebuilt. All the petrochemical works and iron-steel complexes have been transformed with green technology thoroughly. No barren land could be found along the Yangtze River bank. The share of the river's quality A water increased from 82.3 percent in 2016 to 96.3 percent in 2020, with quality E portion decreasing from 3.5 percent to zero. This was achieved by unified government planning and coordination. In order to keep a sustainable, green development environment for generations to come, all future development should be protected by a systemic and conclusive law. 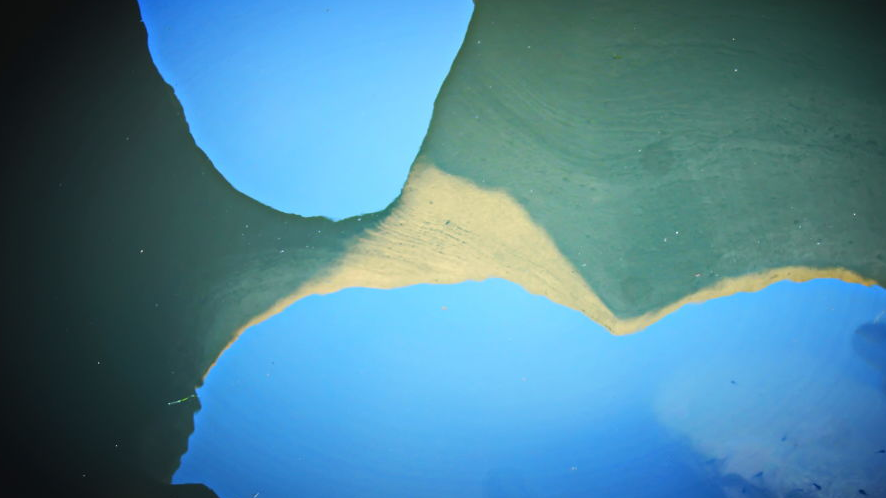 Craggy reefs stretch about 100 meters from the bank of the river into the turbulent center of the river, known as the "top ridge" natural geological landscape along the Yangtze River, Luzhou, Sichuan Province, southwest China, April 20, 2020. /Getty

Craggy reefs stretch about 100 meters from the bank of the river into the turbulent center of the river, known as the "top ridge" natural geological landscape along the Yangtze River, Luzhou, Sichuan Province, southwest China, April 20, 2020. /Getty

The Yangtze River Protection Law is also essential to help secure the national efforts against climate change and meet China's commitment to the Paris Climate Accord. The Paris Climate Accord has set the target of keeping the global average temperature no more than 1.5 degrees Celsius higher than the pre-Industrial Revolution era. Global CO2 emissions hit an all-time high of 33.14 billion mt in 2018. If the world fails to keep it from growing, the temperature will be in danger. China's CO2 emissions accounted for 27.2 percent of the world total, the largest emitter by far. 2020 saw emissions drop by 7 percent worldwide due to the COVID-19 pandemic, and economic and travel falls. China also reduced its emissions by 1.4 percent.

This will require an enormous transformation toward low-carbon or carbon-free industries and services development, and an upgrade of traditional industries to high technologies in 10 years. As the Yangtze River Basin accounts for nearly half of the nation's total economy, the low-carbon, or carbon-free, or green development along the basin will make decisive contributions to meeting the national goal. In a word, Yangtze River protection means not only keeping the environment clean, but also contributing to a new pathway in China's sustainable development in future generations.

To step up conservation of the Yangtze River and stop its overdevelopment does not mean slowing down the development. On the contrary, the past five years have witnessed accelerated higher quality growth along the Yangtze River Basin. In 2020, the total GDP of the 11 provinces and municipalities along the basin reached 47.16 trillion yuan, 46.4 percent of the nation's total, as compared to 42.3 percent in 2015. The Yangtze River Delta (Shanghai, Jiangsu, Zhejiang and Anhui) alone accounted for 24 percent. The basin accounted for over 50 percent of the nation's total in information and telecom technologies, high-end manufactured goods, new material and biotechnology.

Nanjing Iron and Steel Group, once a source of heavy pollution, has transformed to a high-tech manufacturer of both high-end steel products and new materials. Nanjing Chemical Industrial Park has also been transformed to a leading cluster of new materials industries. The Yangtze River Economic Belt also boasts eight free trade zones and five of the top 10 national economic development zones.

It is estimated that, through great protection and upgrading development, the Yangtze River Basin will account for over half of China's economy by 2025, or by 2030 at the latest. It will also serve as the vanguard and model for the whole country to meet its ambitious goal of becoming a medium developed economy by 2035.