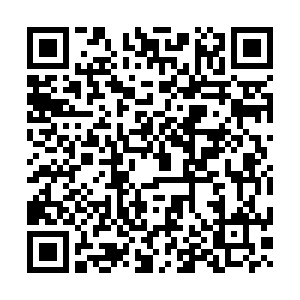 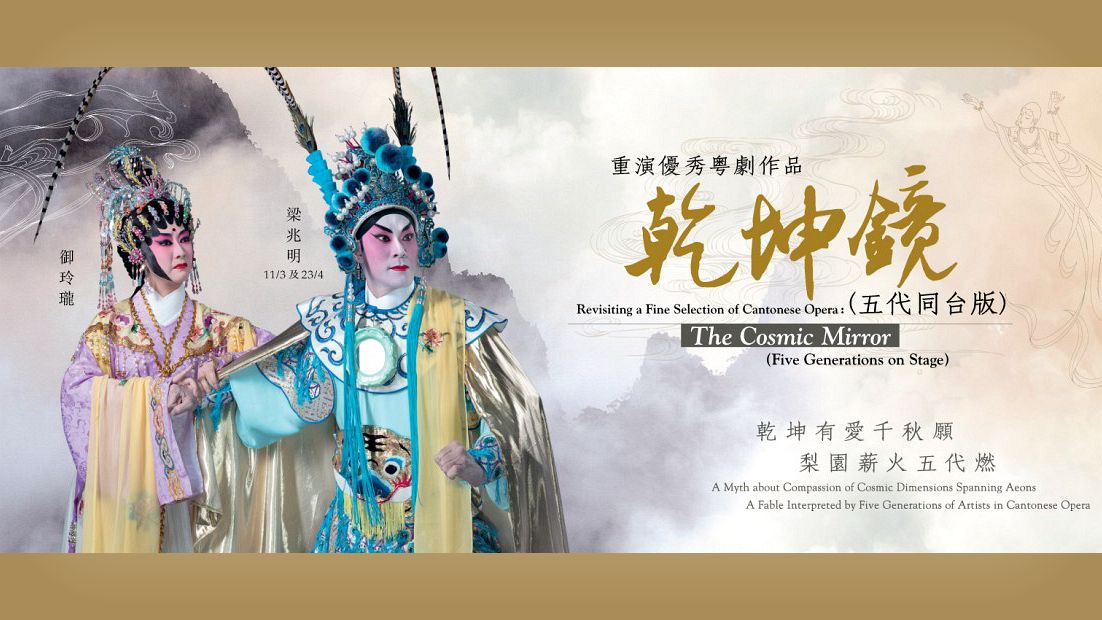 Five generations of Hong Kong opera artists will team up on the Cantonese opera classic "The Cosmic Mirror," bringing a Chinese mythical world to life and stage.

The cross-generation performances will meet the audience in March and April as part of the "Revisiting a Fine Selection of Cantonese Opera" series launched by the Leisure and Cultural Services Department (LCSD) of China's Hong Kong Special Administrative Region (HKSAR) government.

Produced by the prestigious Elmond's Workshop, "The Cosmic Mirror" is a large-scale mythical Cantonese opera exploring the kindness of human nature. It premiered in 2005 and has since enjoyed great popularity, with two reruns thanks to continuous demand.

The piece follows the adventures of the Celestial King of Beiming (the Northernmost Seas) after he was demoted to the mortal world, where he, as an ordinary person named Du Shuancheng, is ordered by the emperor to find the Cosmic Mirror for disaster relief.

A poster for the latest version of classic Cantonese opera"The Cosmic Mirror." /LCSD

A poster for the latest version of classic Cantonese opera"The Cosmic Mirror." /LCSD

A treasure with deep allegorical significance, "The Cosmic Mirror" explores what humankind can learn from its trials and tribulations, life's joys and sorrows and how to develop an altruistic spirit.

The latest stage production, for the first time, will feature a number of new celestial characters, including the Eight Immortals, the Sun God, the Moon Goddess, the Literary and Martial Gods, the God of Fortune, the Goddess of Mercy, the Golden Boy, the Jade Girl, the creatures in the underwater Dragon Palace, the four Demons, and the Gods of Wind, Thunder, Rain and Lightning.

Viewers will be treated to a fantasy world where Buddhist and Taoist deities, supernatural beings and mortals coexist.

The production will also see an unprecedented cast including Cantonese opera virtuosi such as 89-year-old actor Yao Sing-po, Lee Lung, Wan Fei-yin and young talents Leung Fei-tung and Ng Kwok-wah. Students of the Hong Kong Academy for Performing Arts will also take part in the play.

Four shows will be staged at the Grand Theatre of Hong Kong Cultural Centre and the Tuen Mun Town Hall on March 10-11 and April 23-24.

The central and regional governments have been playing a significant role in safeguarding Cantonese opera, one of the major categories in traditional Chinese opera. Originating in south China's Guangdong Province, it is well received among the Cantonese-speaking Chinese communities across the globe. 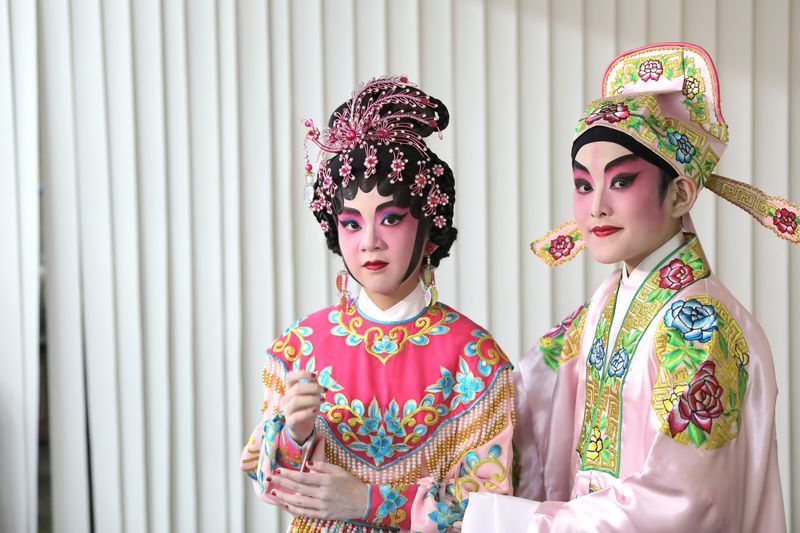 The traditional opera, however, has been facing great challenges despite its more than 1,000 years of history and elevated status due to its aging audience base and a shrinking pool of future performers.

Many believe that more young artists are vital for the development of the traditional performing art. Creating more chances to find and connect young talents with veterans is key to better preserve the cultural heritage.

Last year, Elmond's Workshop received funding from the Cantonese Opera Development Fund (CODF), a charitable fund established by the HKSAR government in 2005, and announced that it will launch a training program for young Cantonese opera performers in 2021. Shun Lau, a veteran opera director who is proficient in both Peking opera and Cantonese opera, will serve as mentor. 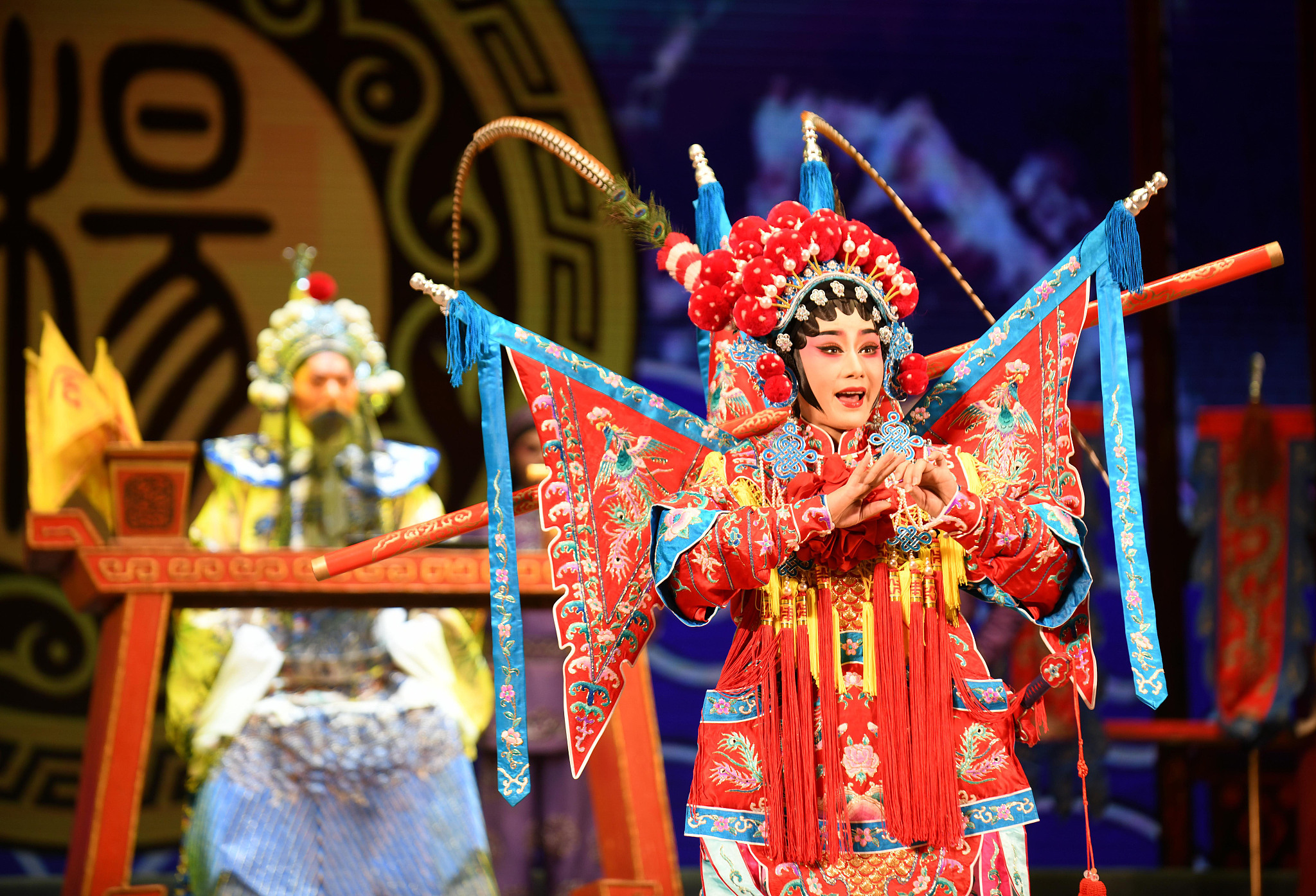 Fang Suet-ying, founder of Sing Fai Cantonese Opera Promotion Association, estimates that the audience base of Cantonese opera in Hong Kong stands at around one million, most of whom are elderly people.

"[We should] start to develop children's interest in Cantonese opera at an early stage. So when they grow up, they will become opera actors on stage or audiences off stage," said Fang.

(Cover: A poster for the latest version of classic Cantonese opera "The Cosmic Mirror." /LCSD)