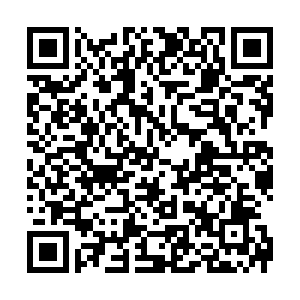 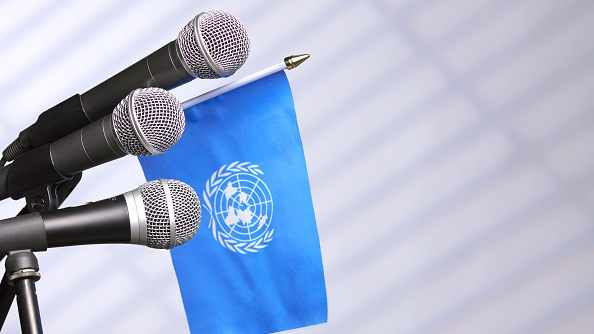 Editor's note: Henry KC Ho is the founder and chairman of the One Country Two Systems Youth Forum. The following is his speech addressing the 46th session of the United Nations Human Rights Council. The article reflects the author's opinions and not necessarily the views of CGTN.

National security is of utmost importance to any country in the world. Hong Kong and Macao are the only local administrative regions in the world that have been authorized to enact national security laws per their basic laws, which serve as their constitutional documents. Unfortunately, the legislation was not in place in Hong Kong after 23 years, nearly half of the 50-year period, to which Hong Kong's high degree of autonomy was granted.

The six-month riots in 2019 demonstrated that the threat of national security in Hong Kong was no longer hypothetical and has caused serious threats to law and order as well as lives and properties in Hong Kong. Biased reporting by some Western media, fueled with violence, lies and rumors of protesters directed to the police force, brought this Asia's world city to a halt.

It was under this background that the central government, through the National People's Congress, enacted the national security law for Hong Kong under the power vested by its Basic Law.

Hong Kong's law and order were quickly restored and people's livelihood were largely back to normal after the law's enactment on June 30 last year. The outstanding issue in Hong Kong right now is the fight against COVID-19, the progress of which has not been very satisfactory at all.

As a think-tank leader and a citizen brought up in Hong Kong, I feel obliged to present to this council the real situation of Hong Kong and address some misconceptions by the Western media and community toward the law. In the interests of time, I will pick a few most widely-held misconceptions and respond one by one.

The second widely-held misconception is that suspects are being sent back to the Chinese mainland for trial in an arbitrary manner. Of course the answer is no. Article 55 of the law states clearly that only under exceptional conditions would the Office for Safeguarding National Security of the Central People's Government exercise jurisdiction over a case, such as if the case is complex due to a foreign country's involvement, involves a serious situation where the government is unable to enforce the law, or a major and imminent threat to national security has occurred.

Opposition politicians and the Western media have cited the recent case of 12 youths fleeing Hong Kong as an example of human rights abuse in association with the law. This again reflects the bias of the media who tend to portray rioters as heroes or champions of democracy. These people are criminals jumping bail (or what we call fugitives) and intercepted by Chinese coastal police. They are not "political prisoners." The charges of these 12 criminals range from arson, possession of weapons and bomb making materials to riots and collusion with foreign countries to endanger national security. They have been subject to fair trial in Hong Kong and no one forced them to flee to Taiwan. This case in fact highlighted the widespread concerns in Hong Kong that bail should not be granted so easily to offenders of the national security law.

The third misconception is whether the rule of law is dead in Hong Kong. Are judges under tremendous pressure in passing down judgments favorable to the central government? The answer is also no! 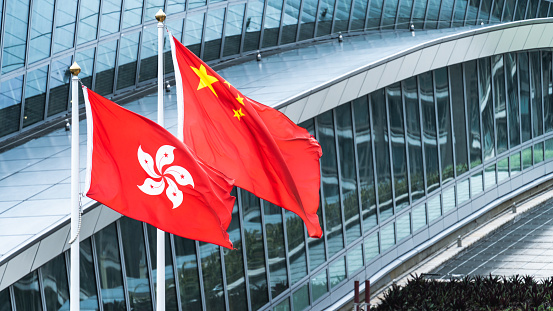 I would like to draw your attention to two important articles of the Basic Law. Article 85 stipulates, "The courts of Hong Kong SAR shall exercise judicial power independently, free from any interference." Article 89 stipulates that Hong Kong judges may only be removed for inability to discharge his or her duties, or for misbehavior. Simply put, Hong Kong judges could not be fired for handing down unpopular judgments. Judges do get criticized, as most people nowadays do in public office, but they remain independent of political and other influences.

In fact, the independence of Hong Kong's judiciary has been reiterated by the former Chief Justice Geoffrey Ma. In his farewell speech and the press conference in January this year, he stressed that judicial independence and the interpretation of the Basic Law by the National People's Congress Standing Committee are not incompatible. Both are prescribed under the Basic Law. He also highlighted that no pressure has been exerted on him and the judges of Hong Kong in adjudicating cases. As one of the most respected figures in Hong Kong, the former chief justice's speech definitely carries much more weight and credibility than the opposition politicians or doomsayers in Hong Kong.

And to date, we have seen nobody, including Martin Lee or other opposition politicians, challenging Justice Ma's aforementioned remarks.

British Foreign Secretary Dominic Raab said last week that the security law is a breach of Sino-British Joint Declaration and is having a chilling effect on personal freedoms. This is simply an unsubstantiated accusation. We must ask Raab, which clause of the Joint Declaration has China violated? Which clause of the national security law violates our human rights? What we have seen, on the contrary, is the British government violating its own Memorandum of the Joint Declaration and its own policy by granting BNO passport holders the right of abode. Raab also commented on the elections in Hong Kong. While I have no interest in commenting on the parliamentary democracy in the UK, nor the fairness of its winner-take-all voting system of MPs, I hope the British government would also leave it to Hong Kong people to develop our electoral system according to the Basic Law.

So, can we still protest in Hong Kong under the national security law? The answer of course is yes. Hong Kong's streets have been much calmer than before in the past year, mainly due to the social distancing measures for fighting COVID-19. The four-person gathering rule is now implemented, as in many European countries. Therefore, we should not mix up the strict anti-gathering rules with the national security law.

Hong Kong's freedom of speech, assembly and peaceful protests are not in anyway affected. When our battle with COVID-19 is over, we will see protests and rallies again, on issues like housing, social welfare and environmental sustainability in a peaceful manner. The only exceptions will be those who champion for independence, terrorist attacks and sanctions to our officials, or those endangering national security. Yes, protesters would be deprived of this kind of "freedom and rights," but it should never have been allowed in the first place.

In the past year or so, we have seen the executive and the judiciary of Hong Kong discharging their responsibilities in accordance with the Basic Law. The judiciary has been dedicating its efforts in interpreting the national security law, a piece of continental law in a way compatible to its common law tradition.

A recent example concerns the interpretation of Article 42 of the law, about the threshold of bail for defendants. The Court of Final Appeal, in the case of Jimmy Lai's bail application, indicated in February clearly that this provision is a specific exception of the general bailing regime. The judges highlighted that the presumption of no bail was not something new as they cited examples in other common law jurisdictions such as Canada, South Africa and Australia where the accused is required to establish why he or she should be on bail.

In fact, many accusations on the implementation of the national security law are ungrounded, as to this date, no cases have been concluded and no accused persons penalized. I would hope members of the international community and media would take a rational and objective approach in assessing the law and trust the independence of our common law judges.

On a final note, as a researcher of the One Country, Two Systems principle and the Basic Law, I would like to stress that the policy of One Country, Two Systems is still being fully and successfully implemented in Hong Kong. Its essence could be summed up in one sentence: Hong Kong should maintain a system which is different yet beneficial to China, our country. Beijing has never intended to turn Hong Kong into just another one of China's cities as Hong Kong's unique system has provided huge benefits to China.

On the other hand, the Chinese government, as in all governments in the world, would not tolerate any attempts of anyone to endanger its national security, to carry out terrorist attacks or to seek independence in Hong Kong. I am confident that if people in Hong Kong and the rest of the world would bear this in mind, One Country, Two Systems policy would survive and sustain well beyond 2047.