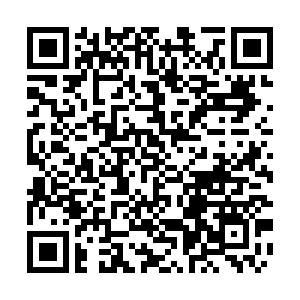 From the same studio that brought the acclaimed White Snake in 2019, Light Chaser Animation is back with a modern retelling of the beloved deity Nezha.

In their latest production "New Gods: Nezha Reborn," the rebellious boy-god returns from 3,000 years in a dystopian future.

Director Zhao Ji said the story of Nezha might not be known to all. But his rebellious spirit will resonate with audiences around the world.

During an online interview with CGTN, Zhao revealed that he really likes the 1979 animated film "Nezha Conquers the Dragon King" and wanted to tell the story from a modern angle, thus the new Nezha. The 1979 rendition is hailed a classic, with the mythical hero depicted as a naughty childlike deity, with two buns in his hair, walking on two fiery wheels.

One of the major highlights of this installment is a vivid pop-culture spin. The new Nezha races around the modern metropolis on a motorbike.

Some audiences have dubbed the new movie as eastern punk, which resonates with the production team.

"When building the world for the new Nezha, we were very much inspired by old Shanghai, because it saw the perfect collision of both eastern and western cultures, which generates something unique for that time," Gui Ye, the film's artistic director, told CGTN.

So far, the film has earned 400 million yuan ($61.8 million) in the box-office, a modest amount compared to its peers during the Spring Festival holiday.

Since "Return of the Monkey King" in 2016, there's been only 10 Chinese animated films that have surpassed the 100 million yuan benchmark.

The director said that despite the growing number of homegrown animated films in China, the industry still has some way to go. 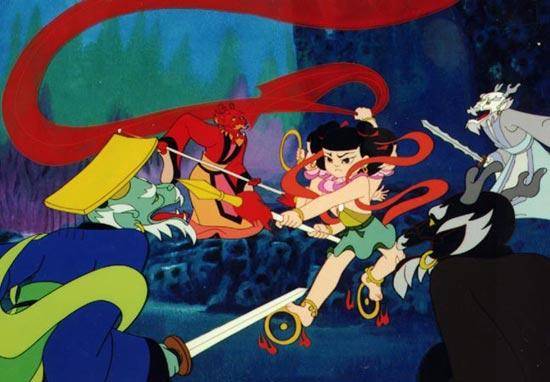 A still from the film "Nezha Conquers the Dragon King" in 1979. /Mtime

A still from the film "Nezha Conquers the Dragon King" in 1979. /Mtime

"As animators, we're all open to learn from each other, and strive to be better. Still, Chinese animation industry is far from mature. The biggest problem for us is how to keep talents. Because the whole cycle of making an animation is quite long, the budget is high but revenue is not guaranteed, so a lot of animators would go for other steadier and better-paying jobs," said Zhao.

China's animators still have a long way to go but people have confidence in the future of the industry.