Download
The Law Says: Sexual harassment, men can be victims too
CGTN 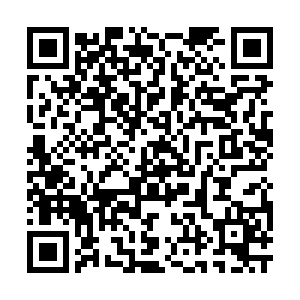 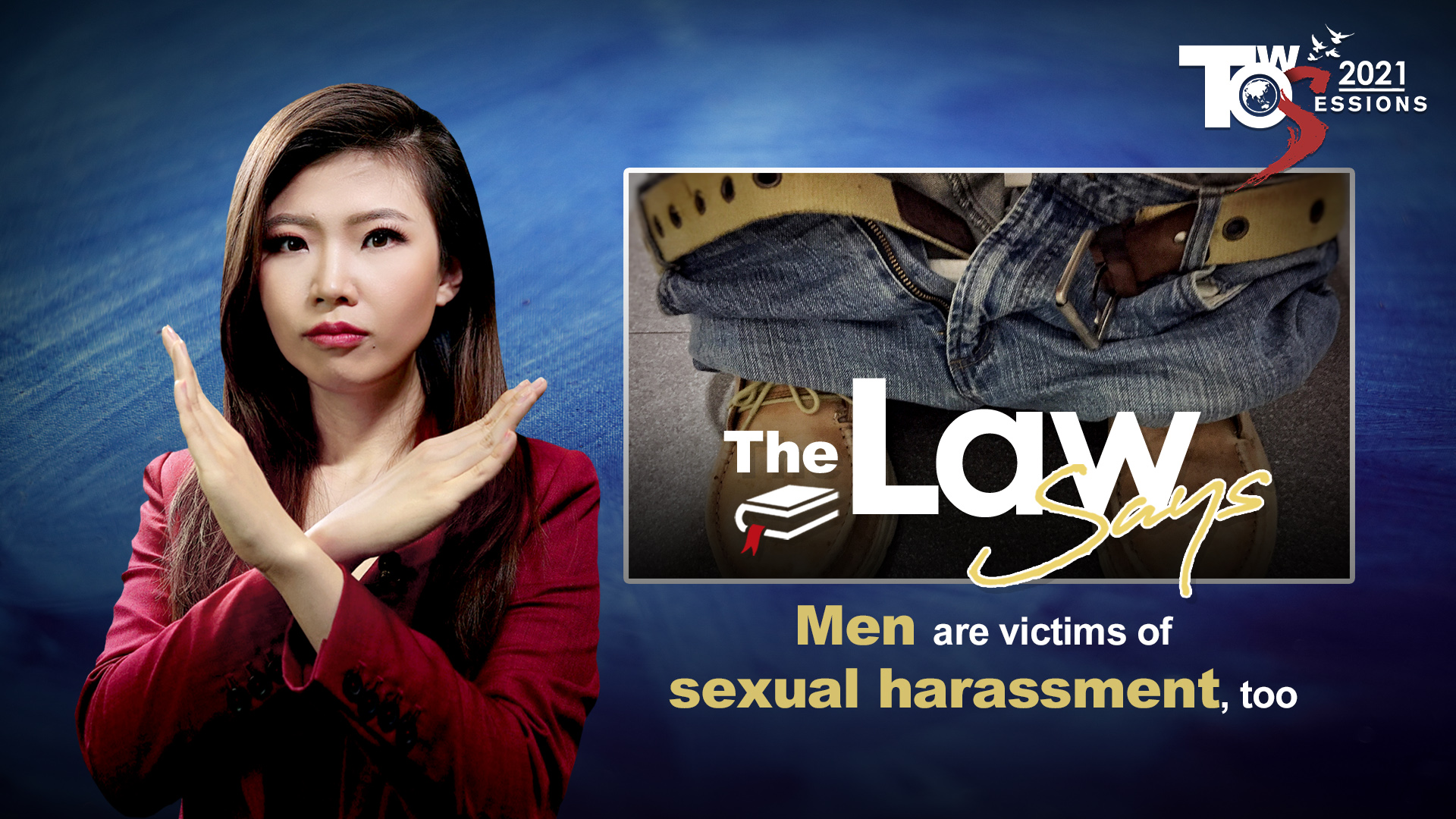 (Editor's note: "The Law Says" is a CGTN original series that hopes to provide a better understanding of China's Civil Code – enacted on January 1, 2021 – through the eyes of legal observers and ordinary Chinese people.)

Lin Xing is among a group of Sichuan young men who accused their high school teacher of sexual harassment during their time in school.

"The teacher took off all his clothes right in front of me," one wrote in their online post exposing their teen experiences. "I felt weird. But he was my teacher, so I couldn't judge him." 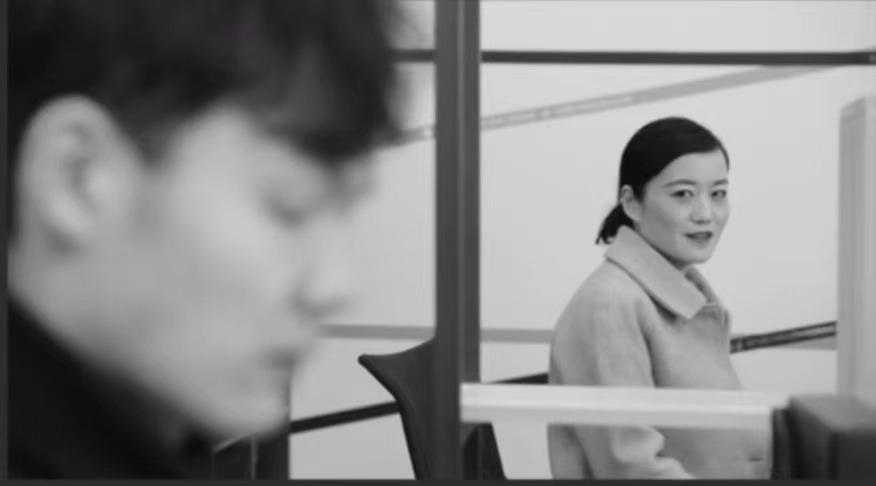 A 2010 study revealed 10.3 percent of men have been sexually harassed in some form. /CGTN's dramatic reconstruction

A 2010 study revealed 10.3 percent of men have been sexually harassed in some form. /CGTN's dramatic reconstruction

Lin told CGTN's Yang Jinghao that he's been suffering for the past 10 years. "For a long time, it made it hard for me to trust anyone, male or female."

More and more men are victims of sexual harassment

On January 1 this year, China enacted legislation that for the first time defines actions that can constitute sexual harassment.

"According to Article 1010 of the Civil Code, two clear conditions make up sexual harassment. One, it has to go against the other person's will, and is an action that the victim repels, opposes or is disgusted by. Two, it's an action that involves sexual overtones. This action can be verbal, physical or written. All kinds of forms," Dr. Jin Wenjing, assistant professor at the School of Civil, Commercial and Economic Law at the China University of Political Science and Law, told CGTN. 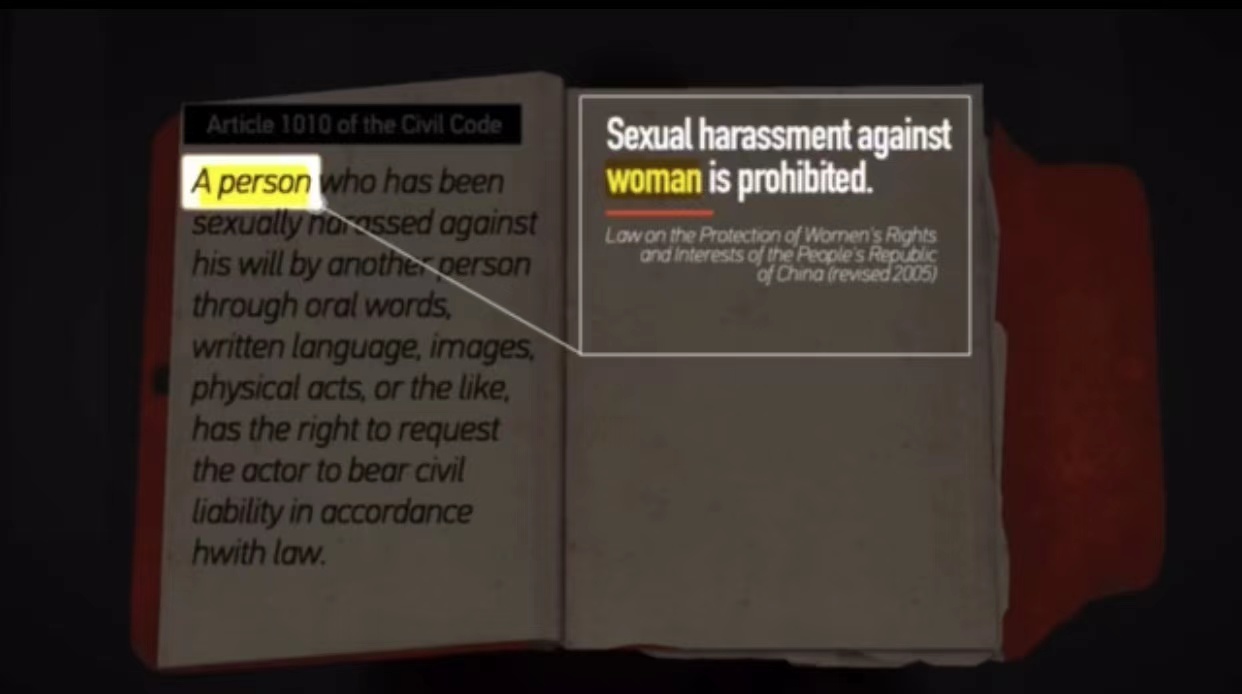 Second, sexual harassment can take place in many forms, from verbal or written use of unwanted language, to the sending of inappropriate images and physical acts.

And third, the new enactment also points out the responsibility of companies or schools in cases involving children.

Employers must curb sexual harassment in the workplace

For the first time ever, China placed the duty of adopting measures to prevent and respond to sexual harassment in the workplace on employers. Relevant measures include channels for employee complaints, procedures for investigating complaints, and rules for disciplining wrongdoers.

Although a symbolic step has been made, legal observers are concerned that the new enactment could be easy for employers to ignore if no concrete guidelines are further fleshed out for enforcement. 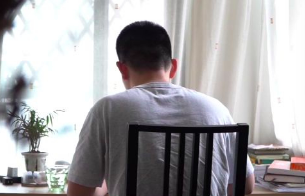 "All statutes would contain a pattern of behavior and consequences when duties are breached," Sun Rongda, a lawyer at Beijing Yuecheng Law Firm, said. "That is to say, [we will have to make clear] the legal consequences for not fulfilling relevant duties. In that way, I think it would be conducive to help push for the implementation of the regulations," he added.

"To make this law fully come into force, and become an effective way to protect victims, there will need some follow-up steps," Dr. Jin said.