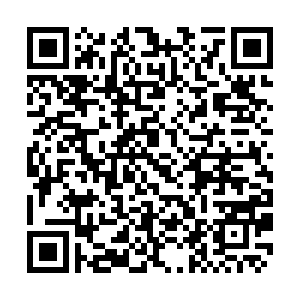 China's annual defense budget will maintain single-digit growth for the sixth consecutive year, increasing by 6.8 percent in 2021, according to a draft budget report made public on Friday.

This year's planned defense spending will be about 1.35 trillion yuan (about $209 billion), the draft, which was submitted to the fourth session of the 13th National People's Congress for deliberation, said. 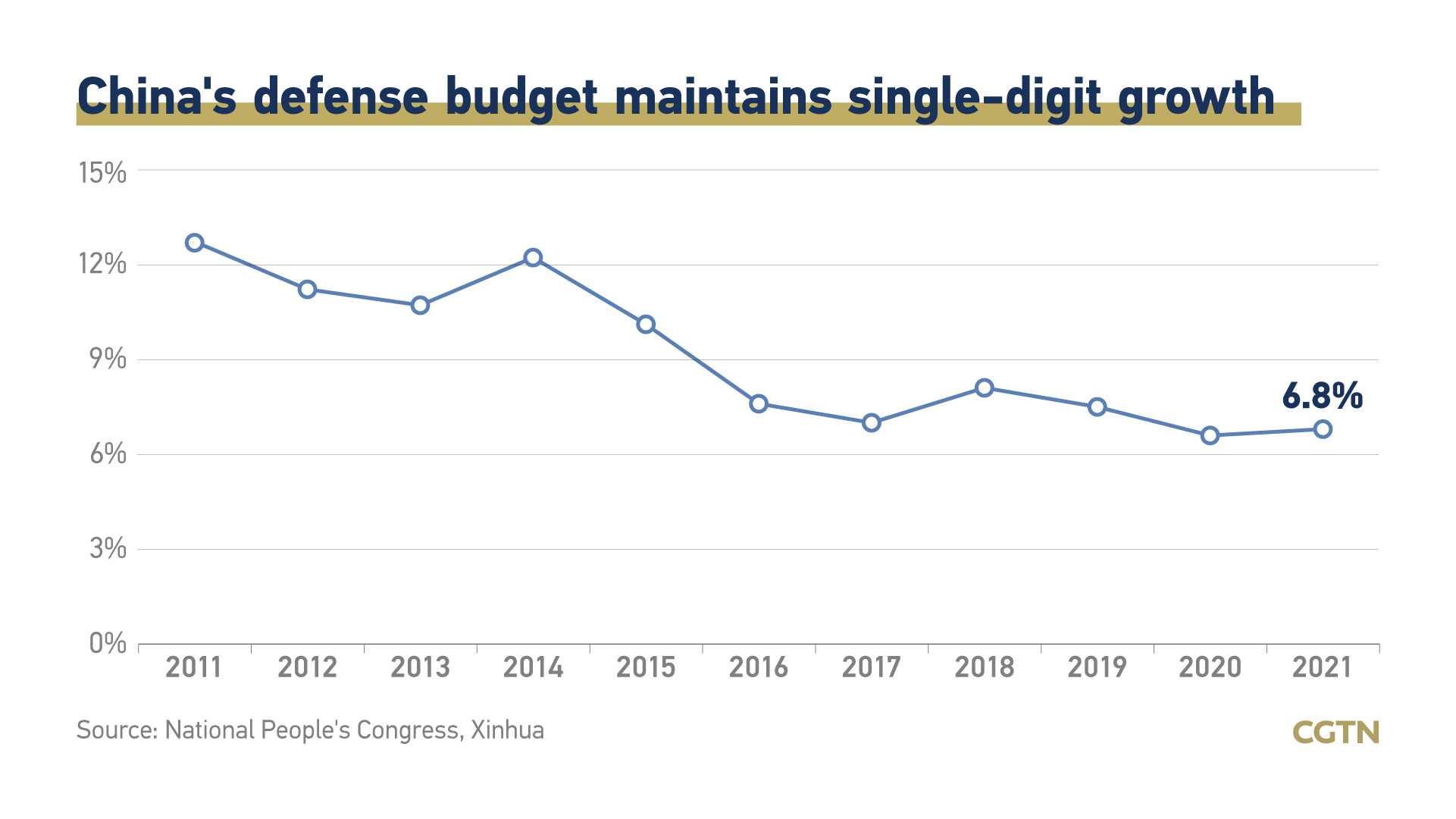 The number takes up only a fairly small share of China's GDP. Besides, the ratio has remained below two percent for the past three decades.

While the national defense spending in many world powers accounts for more than two percent of their GDP, the figure was only about 1.3 percent for China from 2012 to 2017, according to a national defense white paper released in 2019. 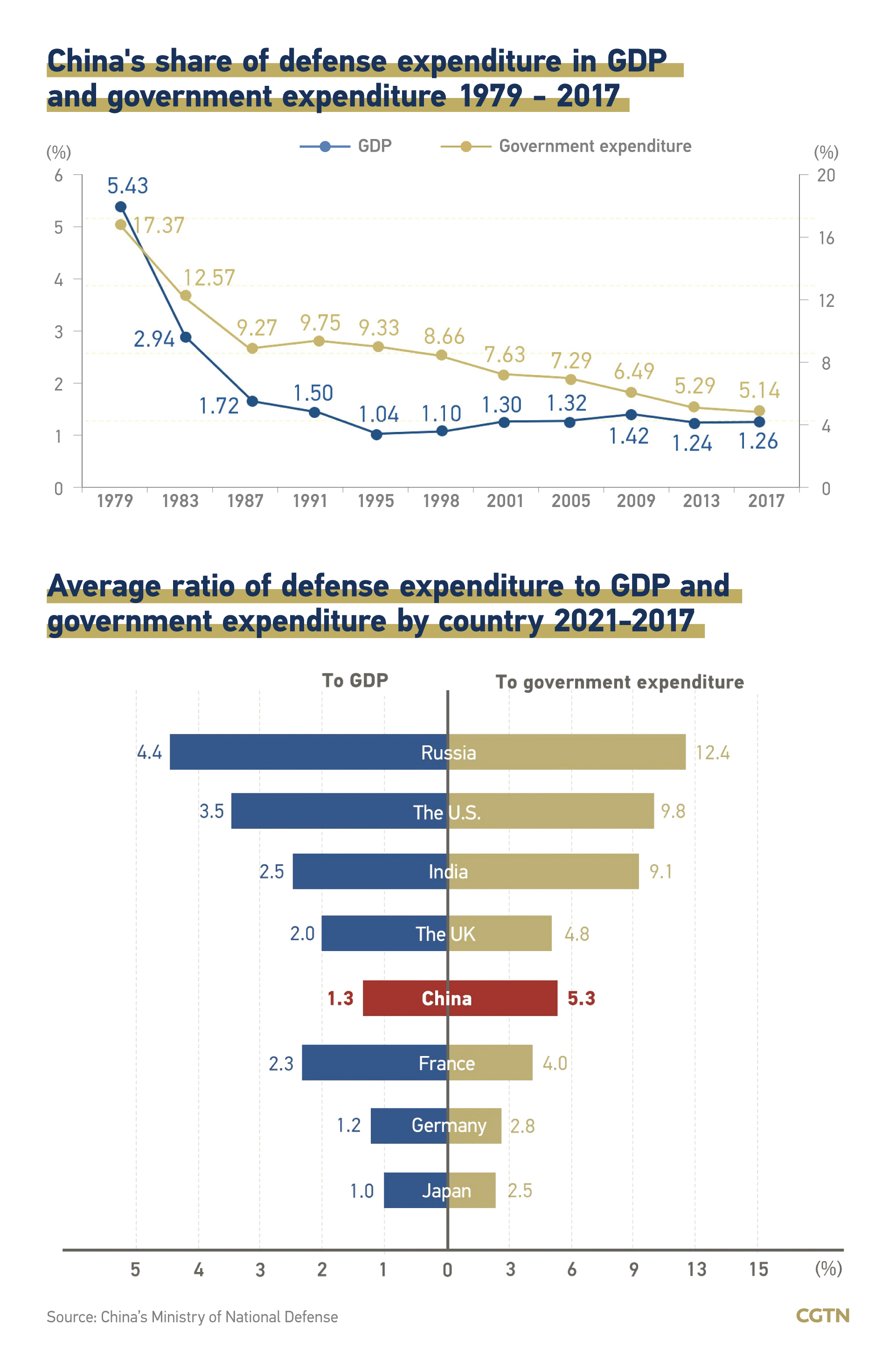 As the world's second-largest economy and the most populous country, China's planned defense spending per capita in 2021 will be less than 1,000 yuan.

Strict mechanisms of fiscal allocation and budget management have been applied to the defense expenditure, which is mainly assigned to personnel, training and maintenance, and equipment.