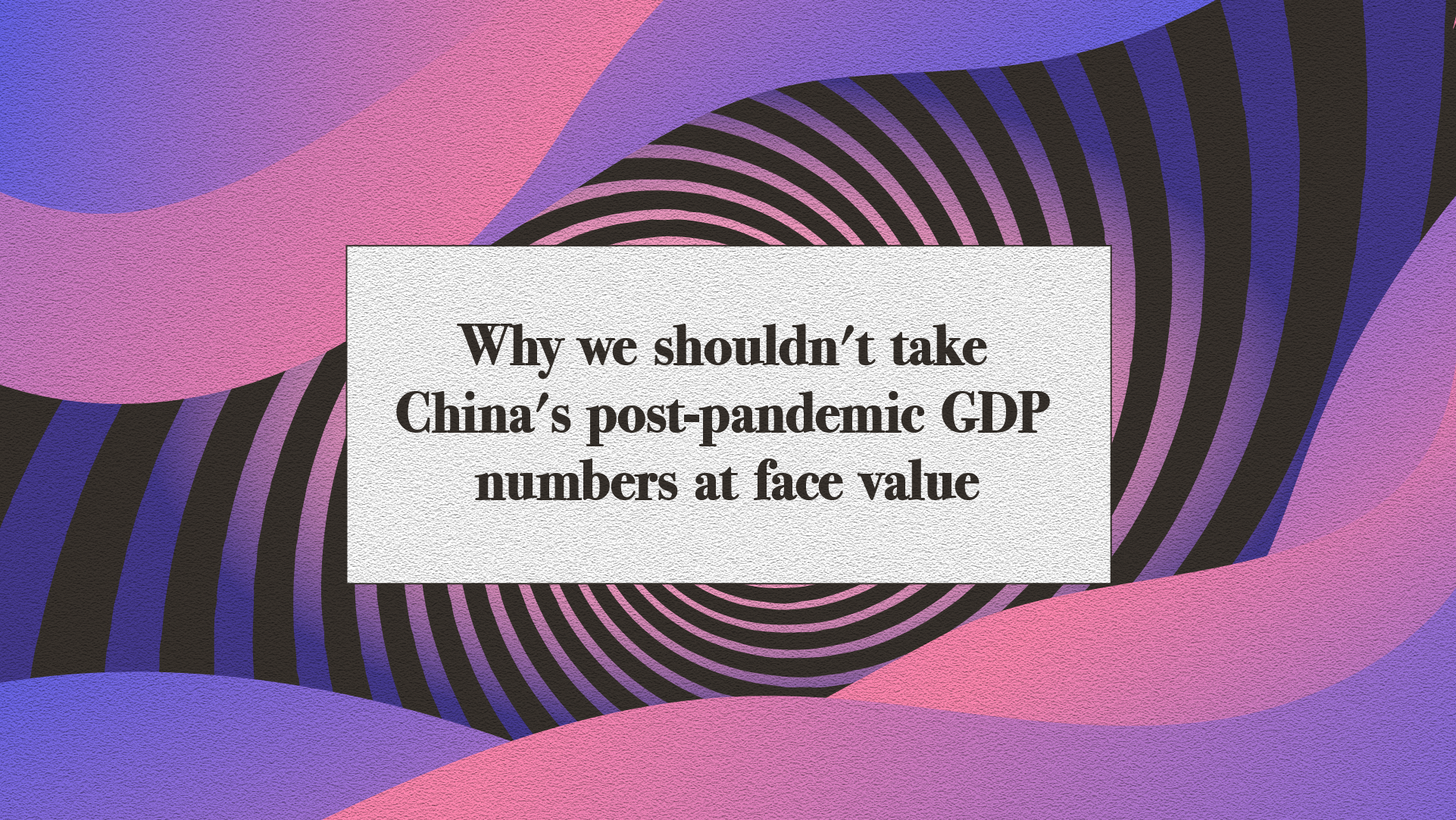 Editor's note: In a post-pandemic world, a COVID-19 vaccine is like the light at the end of the tunnel. At the same time, China's strong economic recovery offers hope to the world. How did the Chinese economy manage to rebound amid a raging pandemic? Data Speaks is a six-episode series that analyzes China's economic growth from different perspectives. The second episode gives a balanced analysis of the country's GDP numbers.

In January, the IMF projected that the Chinese economy will grow by 8.1 percent in 2021. Compared with the levels of the U.S., the EU and Russia, the rate is high, especially in view of the fact that China's GDP in 2020 expanded by 2.3 percent, above the IMF forecast of 1.9 percent.

However, it is always hasty to judge a country's economic health only through changes in GDP numbers. Statistics don't lie, but they can be misleading, especially if one does not know how to read behind the numbers. 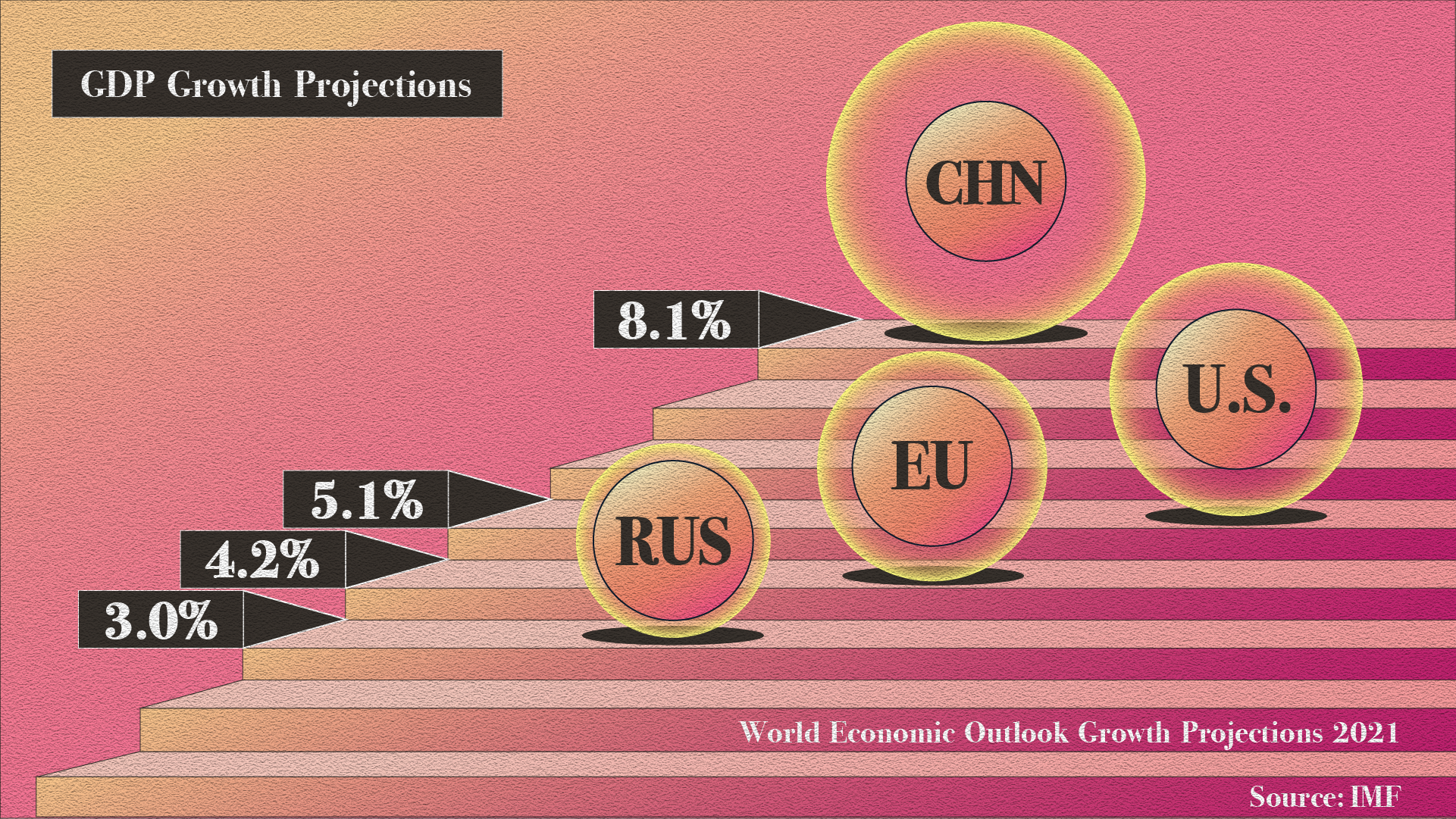 For example, behind China's 2020 GDP numbers is a more complicated picture of the country's economy.

Exports, one of its major drivers, grew by 4 percent in 2020. But the General Administration of Customs of China acknowledged that export growth was driven by epidemic control supplies and products people consumed during lockdown.

In 2020, textiles, including masks, medical devices and pharmaceuticals, grew by a combined 31 percent, contributing 1.9 percentage points to China's total export growth. With vaccines being rolled out globally in 2021 to slow the spread of the virus, export earnings from COVID-19 supplies and products are unlikely to grow as rapidly.

People also looked for ways of living their best lockdown lives and often ended up with consumer electronics. As a result, exports of laptops, tablets and home appliances grew by a combined 22.1 percent last year, boosting total exports up by 1.3 percentage points in 2020. 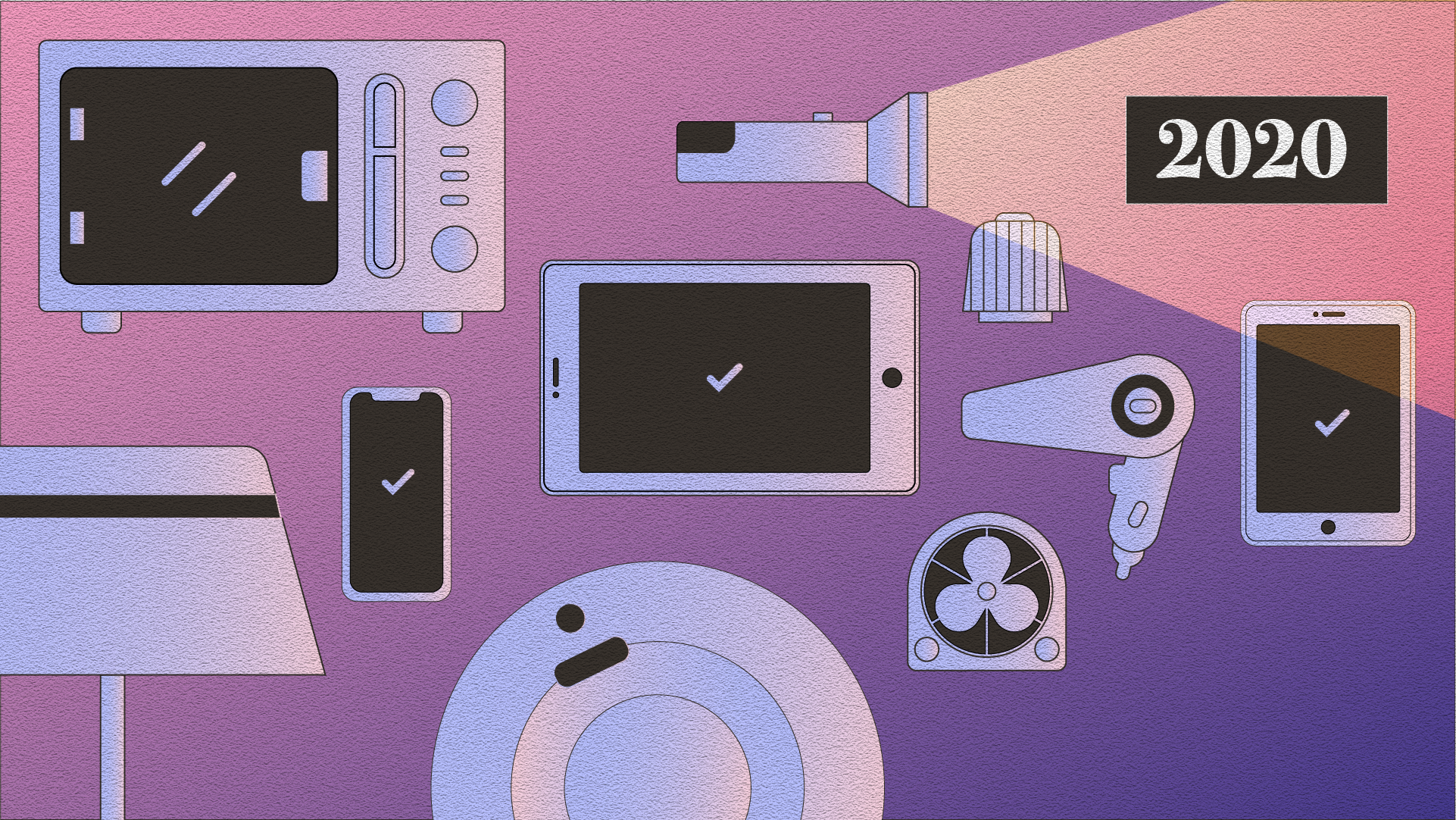 In the long run, the manufacturing of consumer electronics is highly dependent on the import of high-tech materials and the global industry chain. However, the continued deterioration of the global economic environment has led to a contraction in global exports, which will deal a fatal blow to some Chinese enterprises that rely heavily on imported raw materials.

In the meantime, one also needs to look out for fluctuations in China's GDP numbers in 2021. 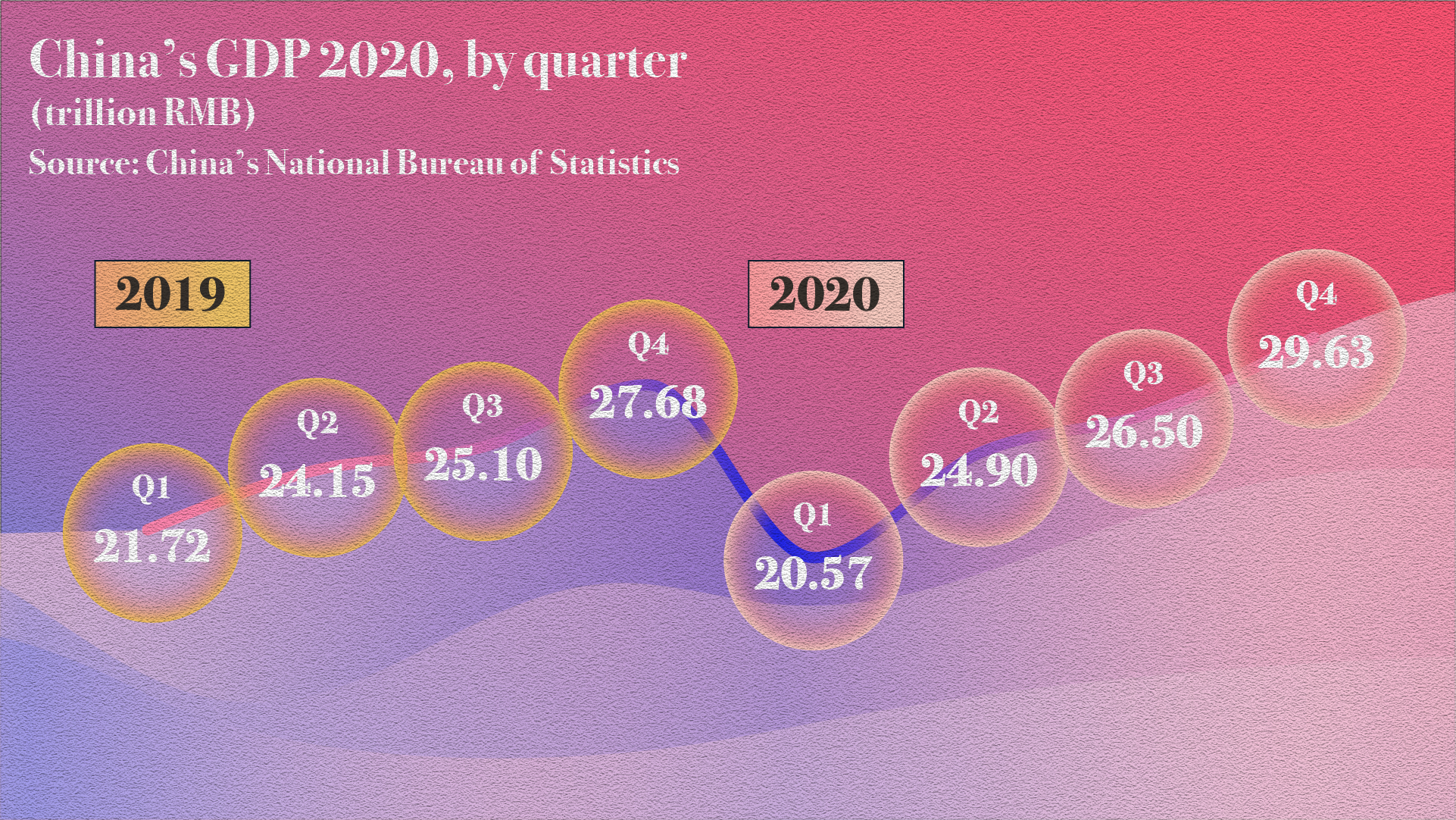 There is a risk that people might be fooled by the numbers in 2021 and become unrealistically pessimistic or optimistic about China's economy.

In fact, based on a survey by the People's Bank of China (central bank), China's Business Climate Index reached 55.8 percent in the fourth quarter of 2020, a slight increase from the previous year. China's Consumer Confidence Index also increased to 124 in last November, from 112.6 in June 2020.

Confidence in China's economy should be based on knowledge of the country's long-term development and comprehensive national strength, rather than fluctuations in GDP numbers over a short period of time or unrealistic optimism regarding growth. In the long run, the fundamentals of China's long-term economic health will likely remain.