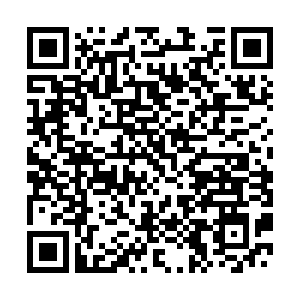 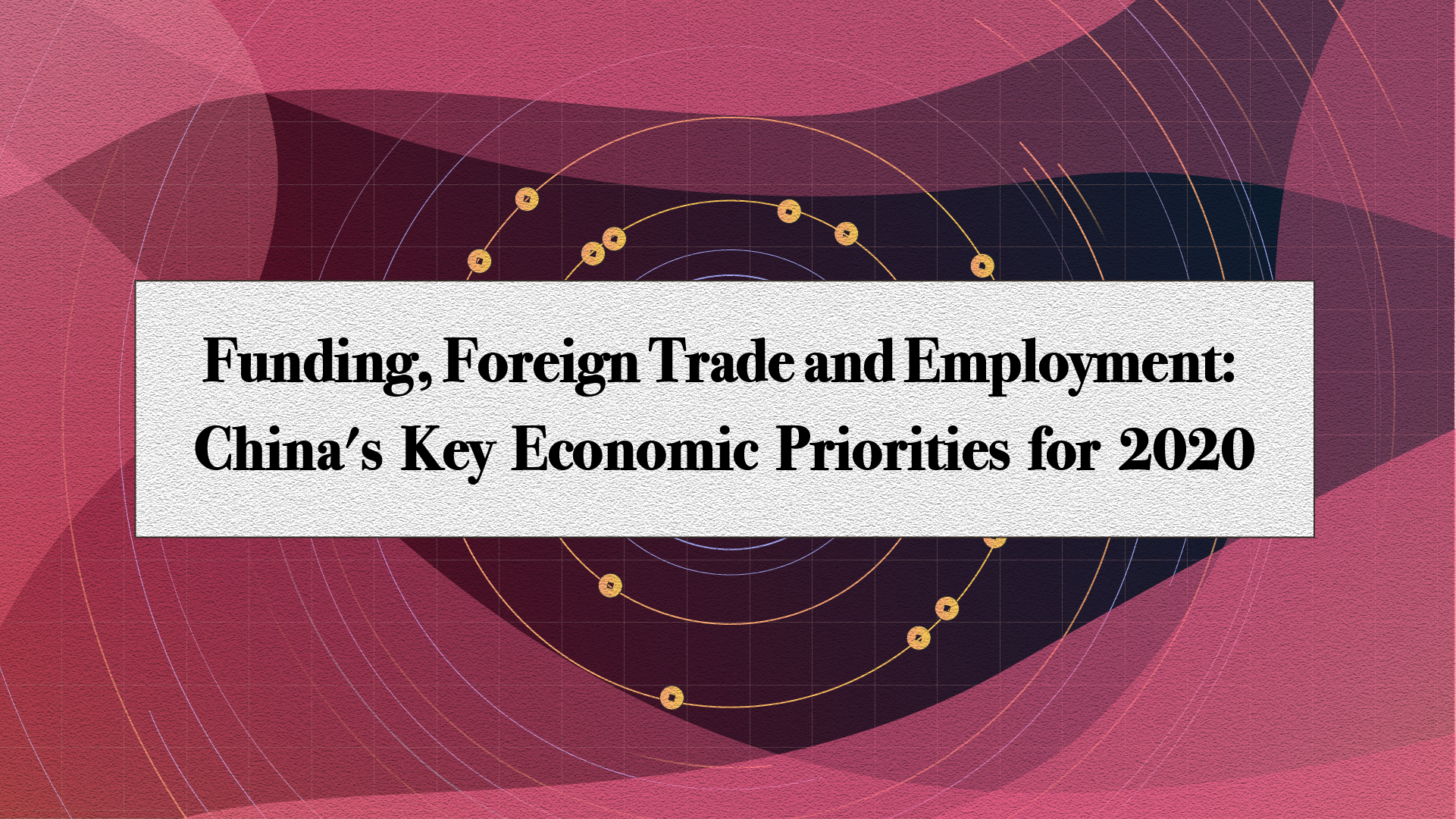 Editor's note: In a post-pandemic world, a COVID-19 vaccine is like the light at the end of the tunnel. At the same time, China's strong economic recovery offers hope to the world. How did the Chinese economy manage to rebound amid a raging pandemic? Data Speaks is a six-episode series that analyzes China's economic growth from different perspectives. The third episode looks at how China handled the country's  economy amid a raging pandemic.

After the coronavirus epidemic struck suddenly in 2020, which economic topics were priorities for the executive meetings during the year?

An analysis of press releases published throughout 2020 indicates three priorities in China's economic work amid the COVID crisis.

"Funding" was the top economic term in meetings during the epidemic. Among issues discussed, the percentage of the mentioning of "funding" doubled compared to that of the previous year. 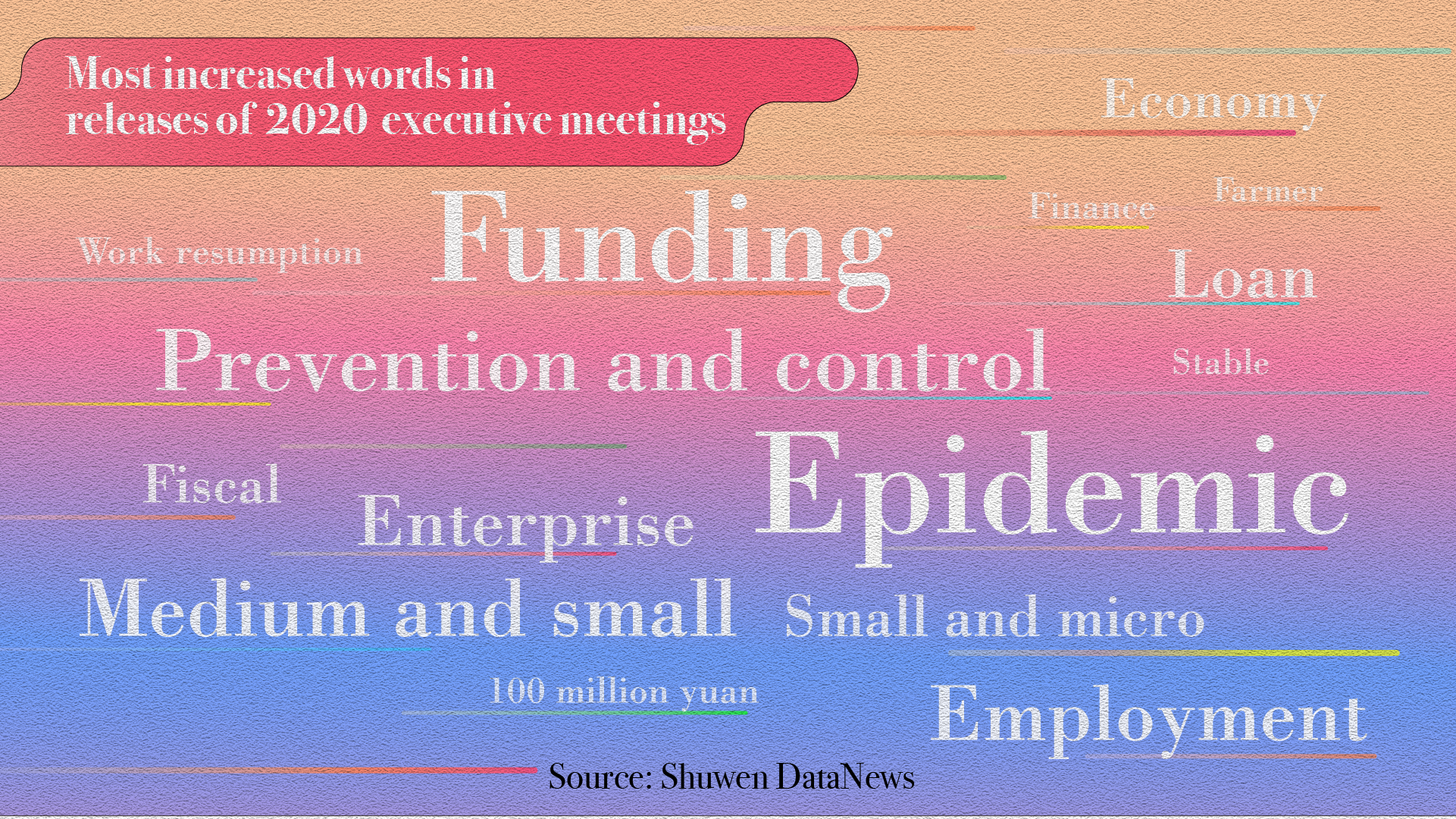 On February 5, 2020, when the number of cumulative cases of COVID-19 reported in Wuhan exceeded 10,000 for the first time, the State Council executive meeting moved to ensure the supply of major medical supplies and daily necessities–including financial support–and launched a number of fiscal and financial policies to support related enterprises and industries.

In order to maintain the capital chain of China and Chinese enterprises during the epidemic, the State Council executive meeting discussed new financial measures and mentioned some words that did not appear in 2019. 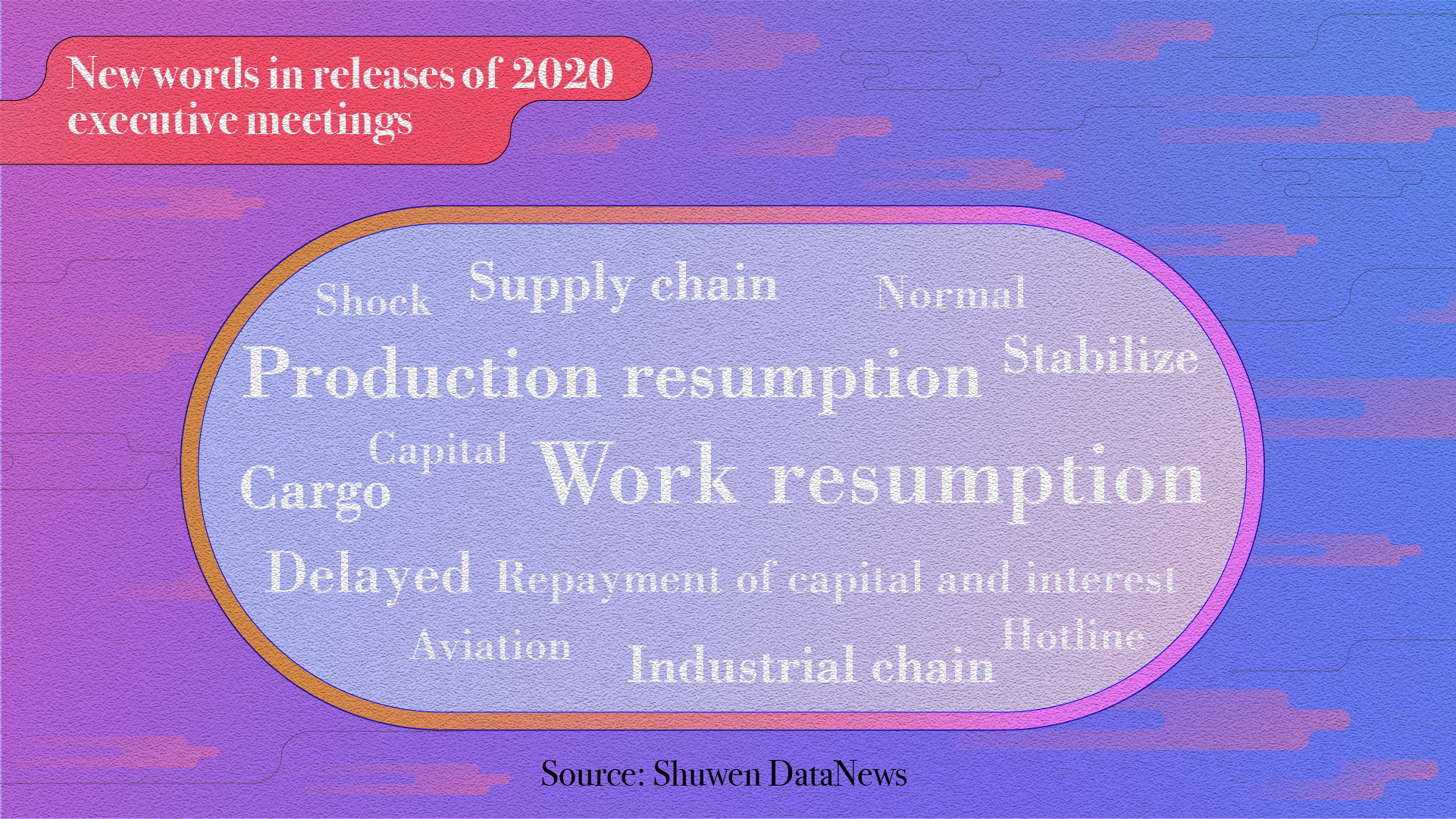 For example, in order to resume work and production as soon as possible, the executive meeting of the State Council encouraged financial institutions to grant temporary "delayed repayment of capital and interest" for loans to medium, small and micro enterprises, and to reasonably support small and medium-sized banks to replenish their "capital."

The COVID-19 shock has pushed all economic activity to operate in a highly uncertain environment. By implementing fiscal and financial measures, the government has used the "visible hand" to mend the damage to the industrial chain.

In a move to ease financial pressures, the Chinese government has expanded the catalog of industries that encourage foreign investment, which further relaxes restrictions on foreign investment. To protect FDI and international trade was also a key economic task of the State Council executive in 2020.

The "economy" in the press releases has high correlation with the words "foreign investment" and "foreign trade." China's economic connection with the outside world is likely to be the core issue of the nation's overall economy. 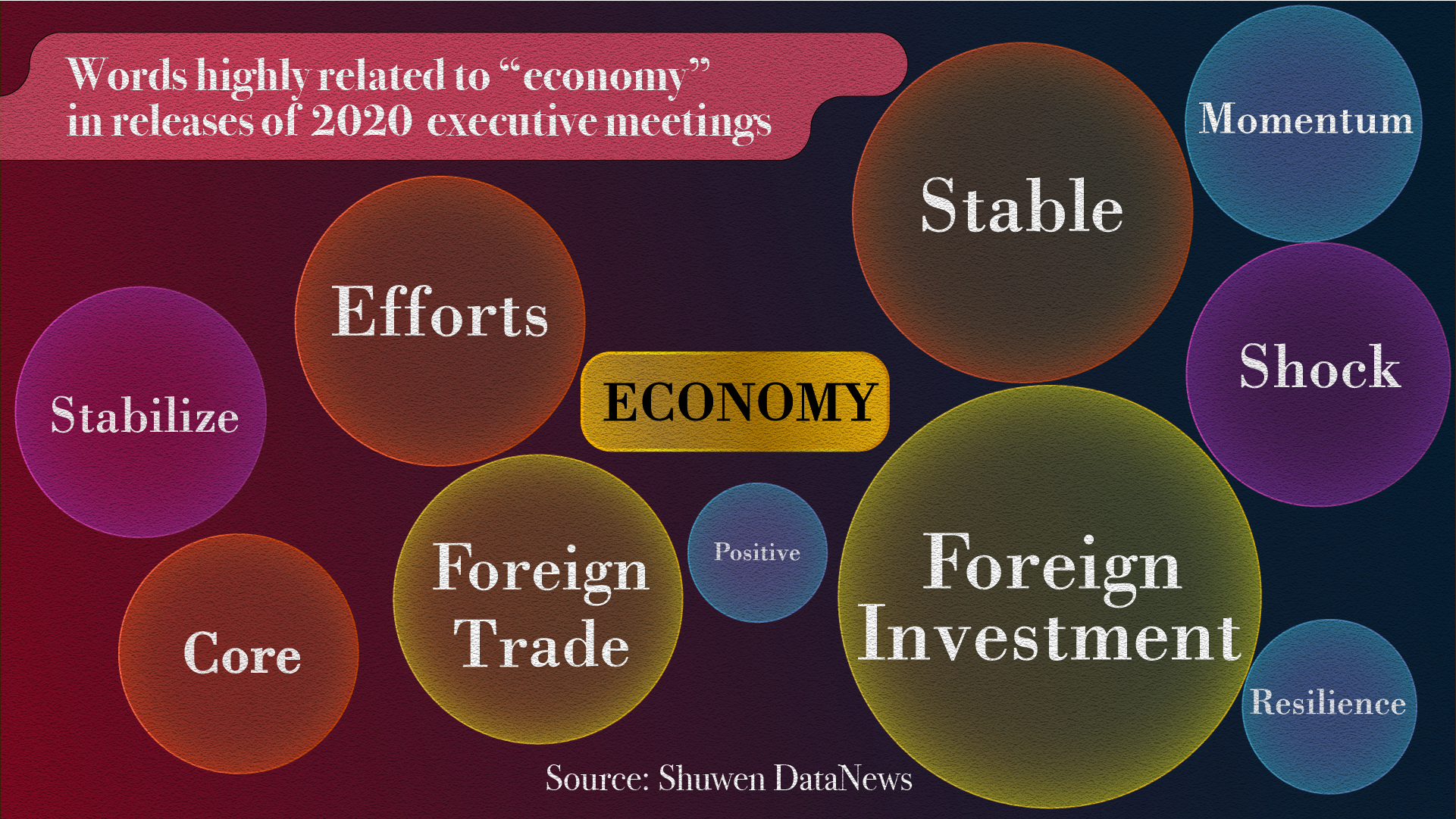 Now, if employment and people's income were not guaranteed during the epidemic, consumption would also be limited and, in turn, hinder the overall economic recovery. Thus, employment security was the third priority for China's economy in 2020.

In the 46,000-word reports on those meetings, the word "employment" ranked second in terms of the frequency it appeared. In order to promote employment, the Chinese government set forth numerous policies to help small to medium-sized enterprises accommodate more jobs.

Overall, people's incomes did not improve significantly in 2020, but the unemployment rate in China's cities and towns recovered from a high of 6.2 percent in February to the pre-epidemic level of 5.2 percent in December 2020.

The response of the executive meetings of the State Council represents the epitome of the Chinese government's response to the COVID-19 epidemic. Mobilizing resources across provinces and even borders to the right places is perhaps the most important thing the government could have done to keep the economy afloat during the epidemic.