Download
Corn poppy: The beauty with many symbolisms
By Xu Chenlu 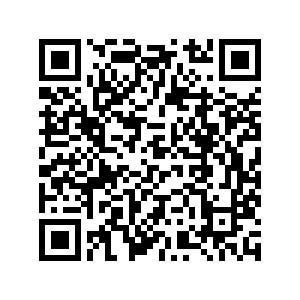 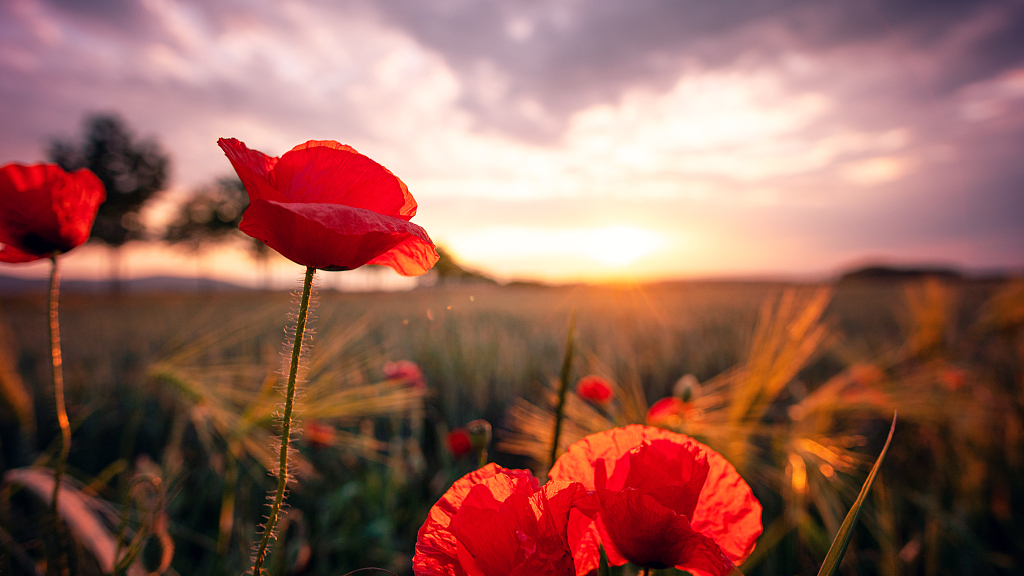 When talking about poppies, most the people might first think about the notorious opium poppies. Poppy is a family of flowering plants with beautiful and colorful flowers, and the corn poppy is one of them. 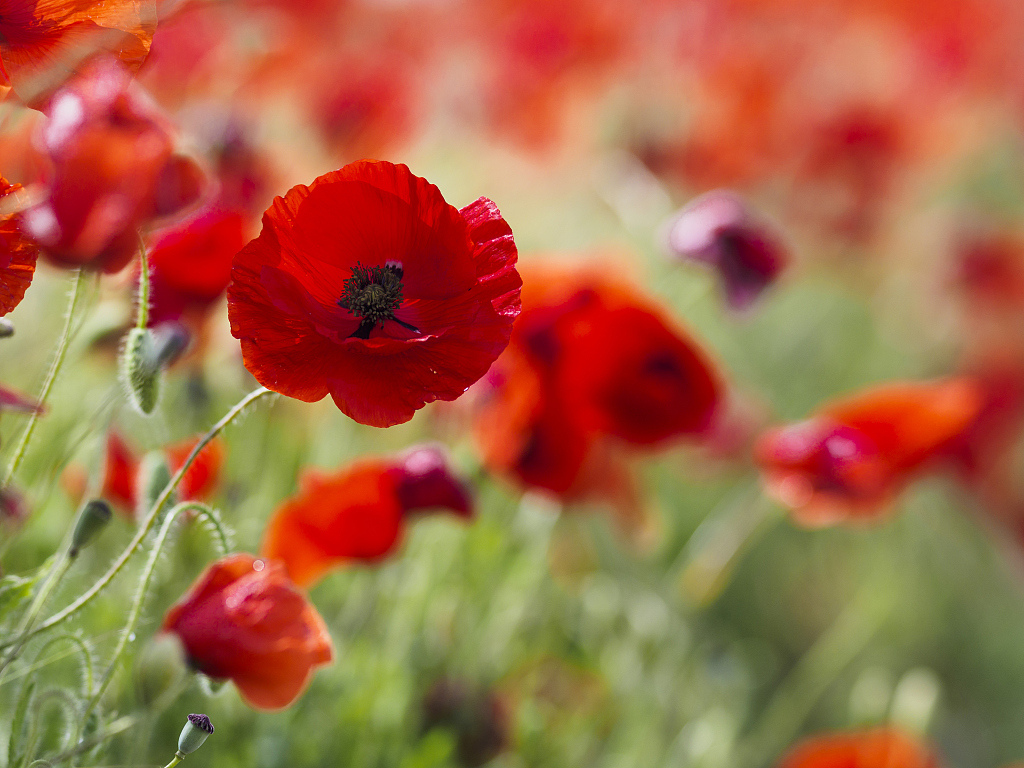 Corn poppy are widely distributed in the world from Africa to Asia and Europe. The flower grows up about 70 centimetres in height with single but showy red blossoms. From February to August, corn poppies can be found blooming in fields, grasslands or beside the roads. 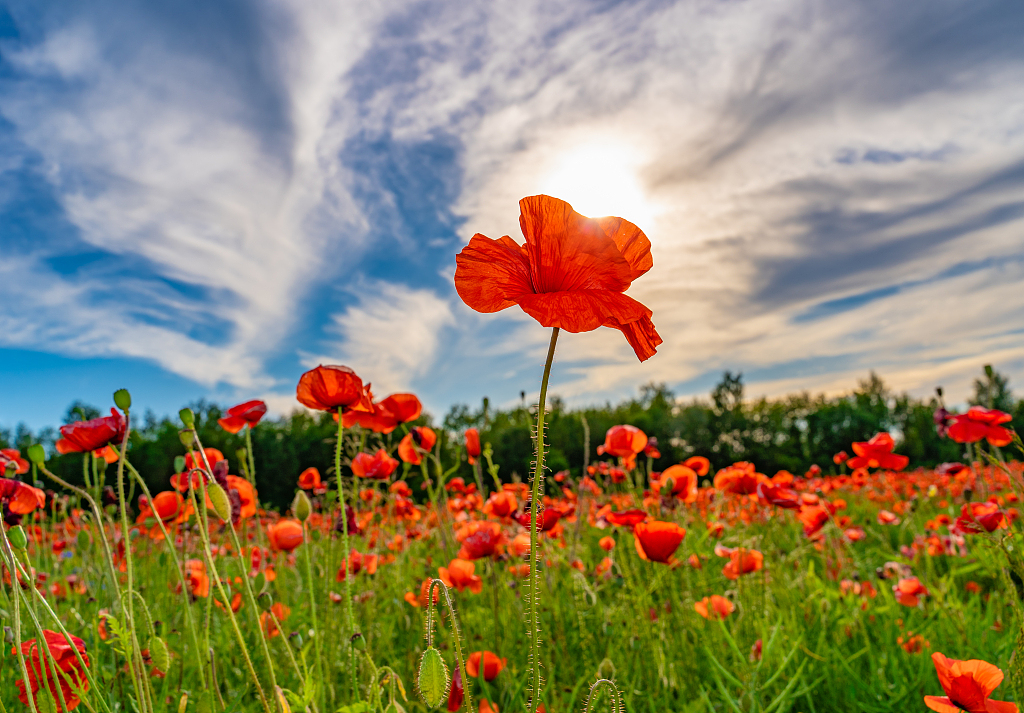 Corn poppy has many cultural meanings in different countries. In Commonwealth member states, a poppy is worn to commemorate Remembrance Day and remember the soldiers that died in World War II. 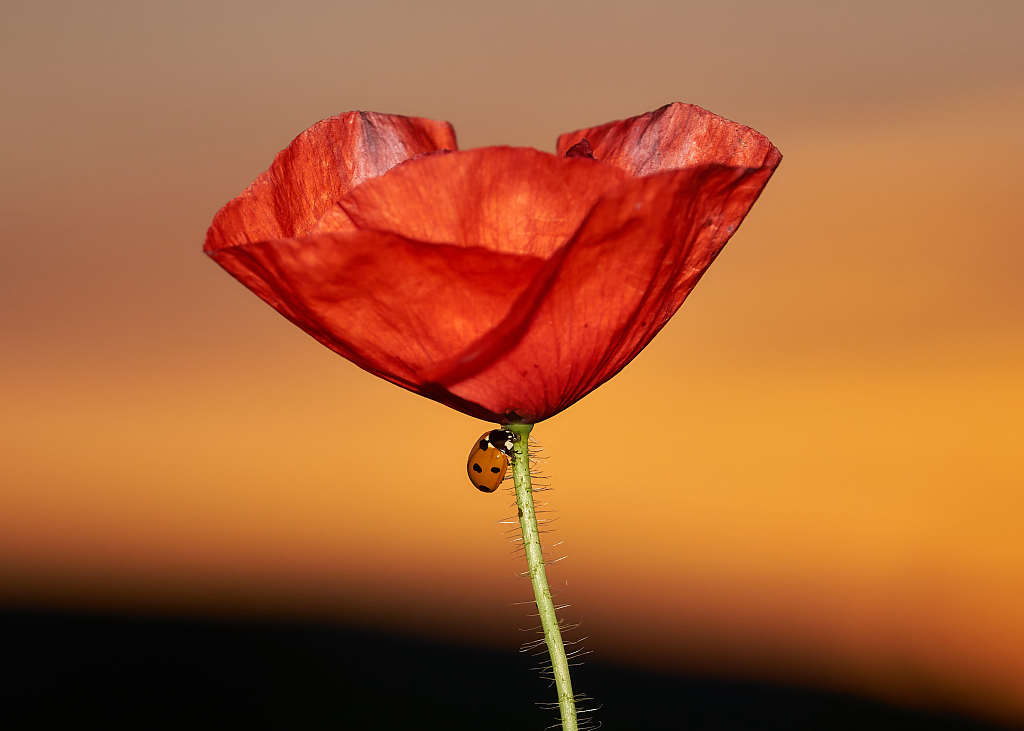 In China, the flower is believed to be representative of Consort Yu, also known as "Yu the Beauty," wife of the warlord Xiang Yu. According to the folk story, Xiang Yu was about to lose the war with Liu Bang during the Chu-Han Contention (206-202 B.C.), and Consort Yu committed suicide with Xiang Yu's sword as she did not want to live alone without him. After she died, corn poppies appeared on her tomb. After that, ancient Chinese people started calling the flower "Yu the Beauty." 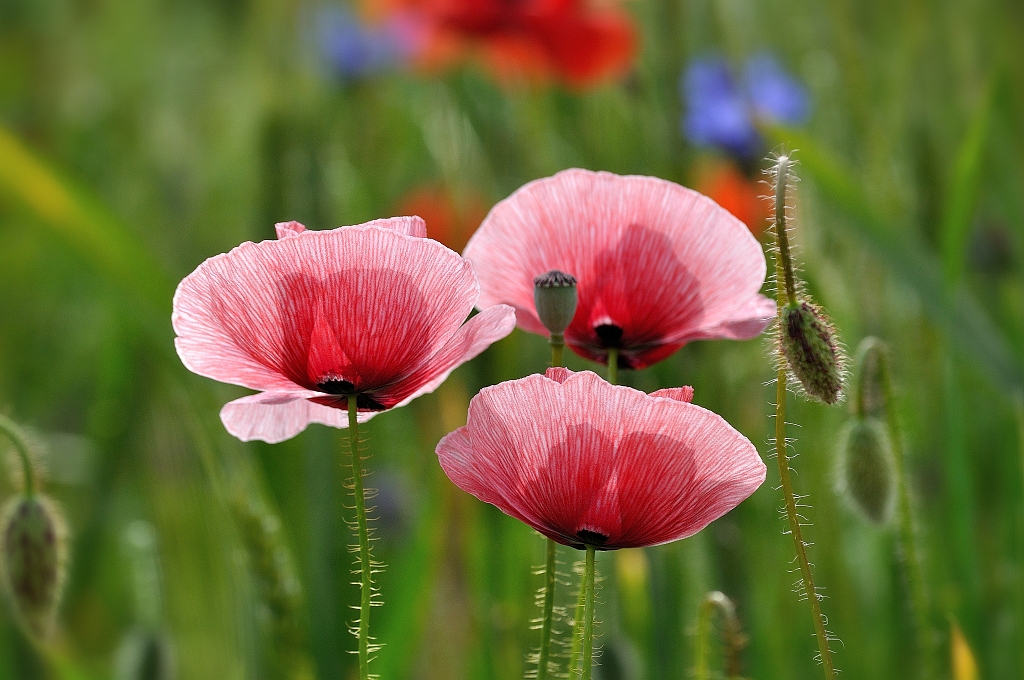 The corn poppy is an easy plant to keep in the garden, even for beginners. The seeds must be planted in well-drained soil in late fall or early spring. When the soil looks dry, it's time to water. Also very important is sunlight as it needs much of it and then soon it will bloom and add a beautiful red to your garden.