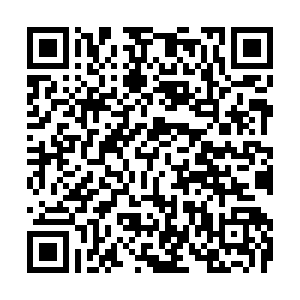 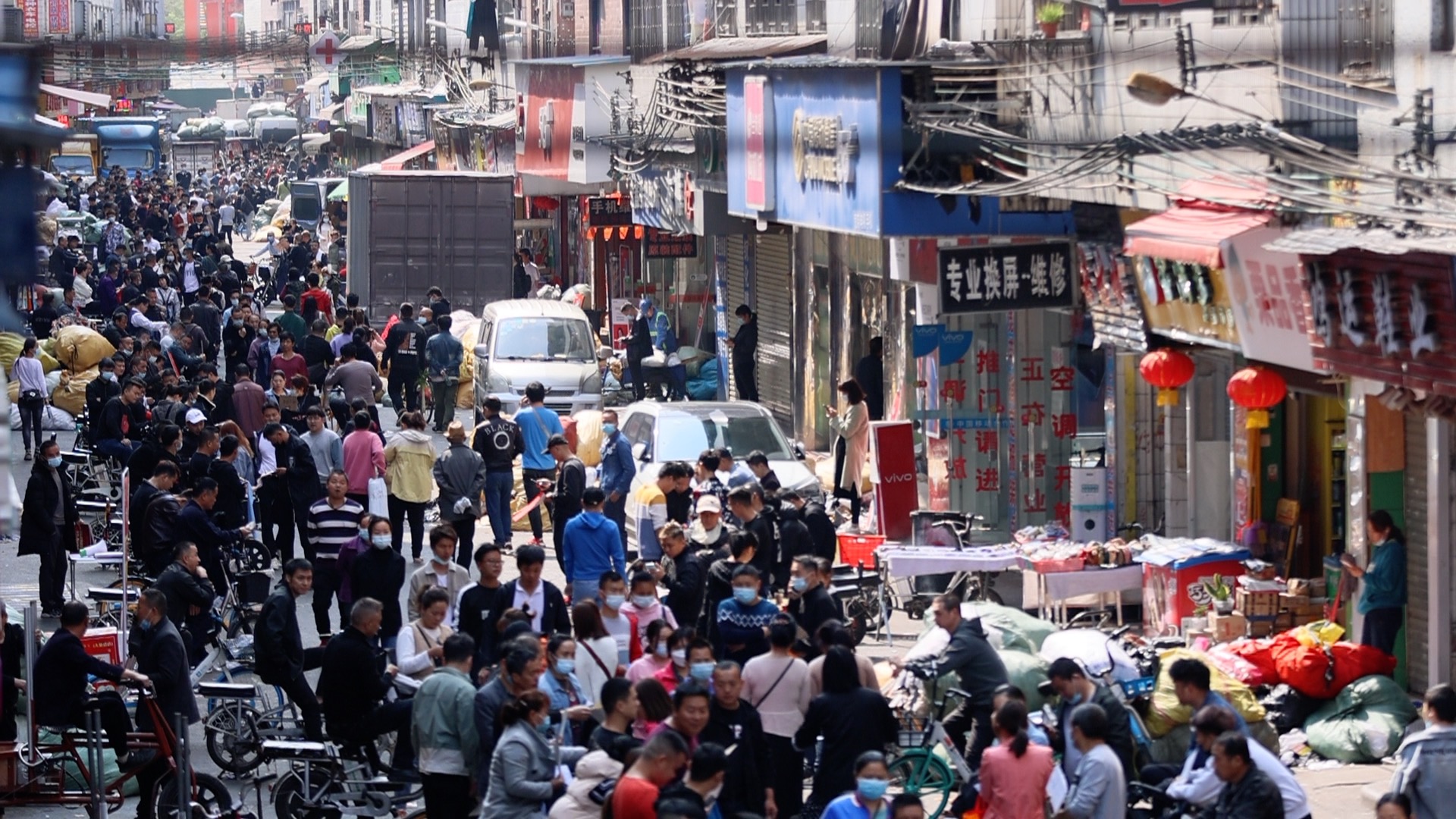 This is not a rare scene in Guangzhou. This is an annual routine for the small garment factory or workshop owners in these so-called "garment villages." The temporary workers leave for the Spring Festival, yet garment orders tend to rise after the holiday.

However, according to the recruiter, "it's harder to hire workers this year." Even after raising salaries to attract more applicants, with some offering a salary of up to 600 yuan or $92 a day, many factories could only hire one to two workers a day – or none at all sometimes.

Though the salary may sound quite lucrative to outsiders, insiders remain cautious. Given that workers are paid by the piece, "higher incomes mean greater workloads," the job hunter told CGTN, adding that they might need to work 14 to 16 hours a day for that sum of salary. The labor-intensive job requires doing repetitive work in the same position, and risks, in some cases, to a worker's health along with a poor working environment.

Moreover, the unstable income is also one concern. Job hunters said that the salary may be high for now, but it will definitely drop as more and more workers come in. Because most of them are temporary workers, and wages are based on the number of pieces finished, the price for each piece floats. They may make over 10,000 yuan for this month, but less than 5,000 yuan sometimes.

With the unhealthy work pattern and  unstable income, many workers are reconsidering their choices of entering the industry. Additionally, there are other options for gig work livestream e-commerce hosts, KOLs (key opinion leaders), or "wanghong", delivery men, as well as online-hailing taxi drivers. With more options on the job market, workers are turning their back on "tiring" factory work. 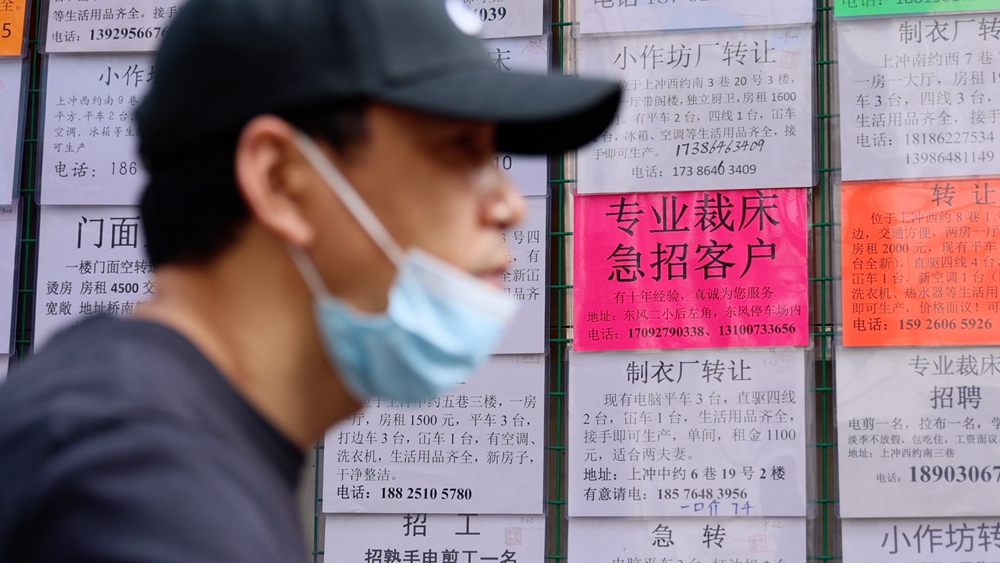 Li Kai (who asked to be identified by a pseudonym) used to be the owner of a 300-square-meter garment factory and one of the many who would hold recruitment signs and a clothes sample in his hands. His factory shut down last year because of the coronavirus pandemic. This year he and his wife came to a "job fair" in new roles – as job hunters.

"In the past, like three years ago, the employer held cards when it came to recruitment, but now things are different. When job hunters walk in the street, we are like the boss. We compare the salaries and work from different factories. It's up to us to decide the work hours, and when we get paid," Li said.

Apart recruiters with signs, advertising is also seen on the wall along the street. Next to the recruitment notice wall are usually the factory transferable notice wall. Li recalled, the lack of workers had been the problem for these labor-intensive small garment factories for years, which was part of the reason why he shut down the factory. "For garment factories, machines will definitely replace human work, shifting from semi-automatic to fully automatic", he said, noting that "small factories or workshops can't afford the machines, nor do they have enough strength to resist risk."

According to a previous report released by the Ministry of Human Resources and Social Security of the People's Republic of China (MOHRSS), out of 100 types of occupations that are experiencing severe labor shortages in the fourth quarter of 2020, "production and manufacturing personnel" ranked first.

This is no surprise for the workers, in the "everything goes digital" era, there are more choices on the table. People are more flexible than just be factory workers. Now Li is learning how to use the internet tools and do live commerce, trying to catch up with the young generation. He and his wife are looking to do some odd jobs to support the family at this time.

And for the industry, maybe the future lies in industrial upgrading, or the small-scaled labor-intensive companies are doomed to be drowned in the waves of development.