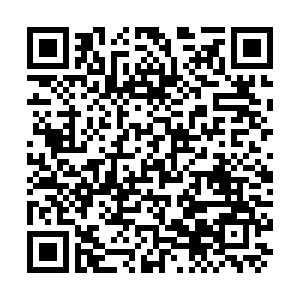 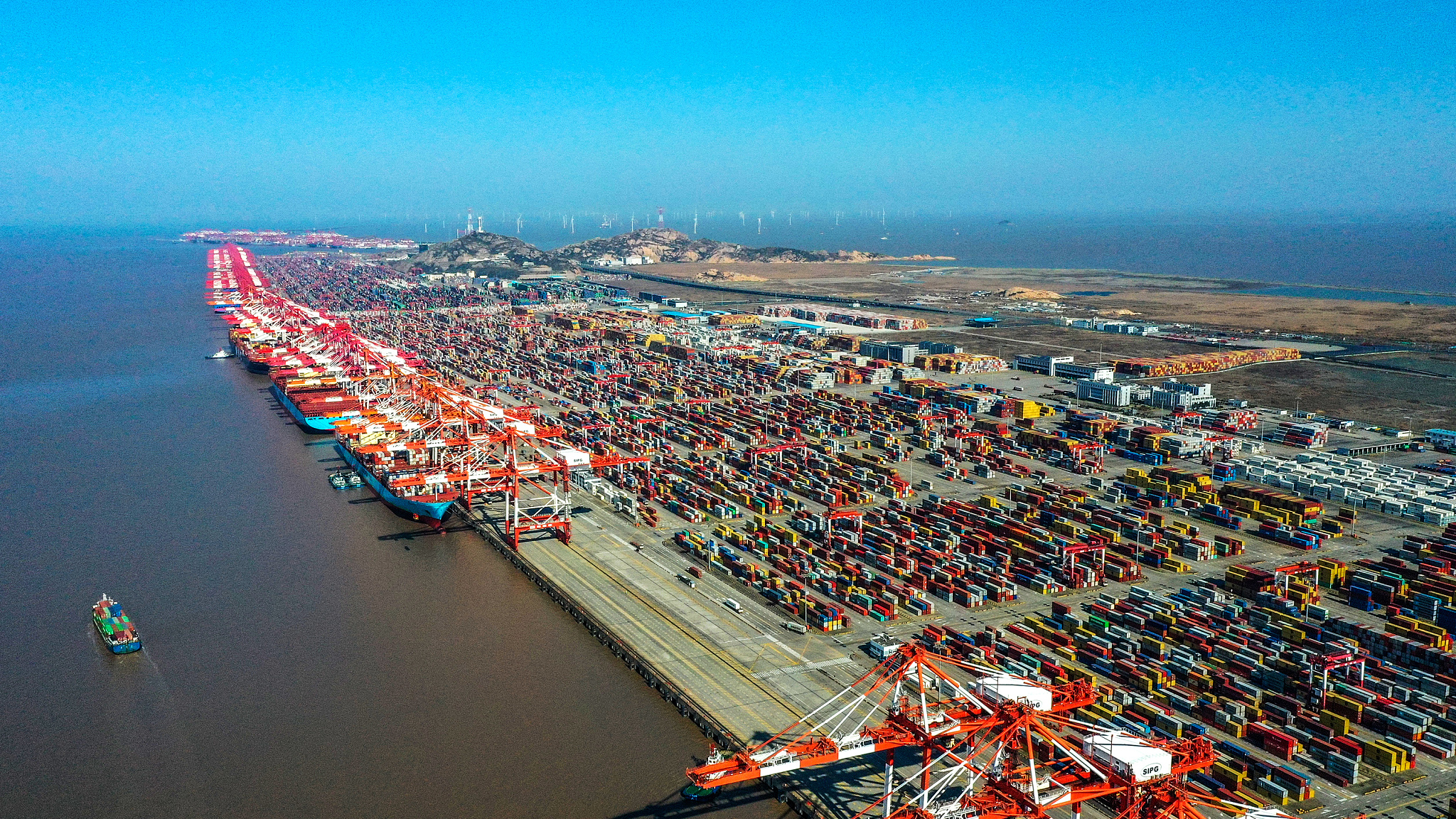 Editor's note: Djoomart Otorbaev is the former prime minister of the Kyrgyz Republic, a distinguished professor of the Belt and Road School of Beijing Normal University, and a member of Nizami Ganjavi International Center. The article reflects the author's opinions, and not necessarily the views of CGTN.

The global transportation system is currently experiencing a unique and unexpected crisis. The extraordinary cascade of events caused by the pandemic has led to a severe container shortage crisis. This situation can be classified as a global one, as the lack of containers has a cascading effect along all supply chains, fundamentally disrupting international trade. The lack of containers in the right locations during the recovery phase had a massive impact on rates. Market participants declare that transportation cost has increased from about $1,500 to $6,000-$9,000 per container in February this year. The container shortage also drives up new containers' prices, as manufacturers know the demand to charge extra. The Chinese container manufacturers, which dominate the market, are now charging $2,500 for a new container, up from $1,600 last year. In the previous six months, container rental rates have grown by about 50 percent as well.

The crisis has arisen for four main reasons. Firstly, due to a decrease in the number of available containers, secondly, since most of the ports were congested as they suffered from a reduction in labor, thirdly, due to a drop in the number of ships operating, and, fourthly, since significant changes in consumer buying sentiment.

A real "black swan" has arrived somewhere in the middle of last year. Containers from Asia were sent to North America, but due to COVID-19 restrictions, almost nothing moved in the opposite direction. Since they were not interested in this, the shipping companies did not pay attention to empty containers' returns. Already existing supply asymmetry has turned into a monstrous imbalance. 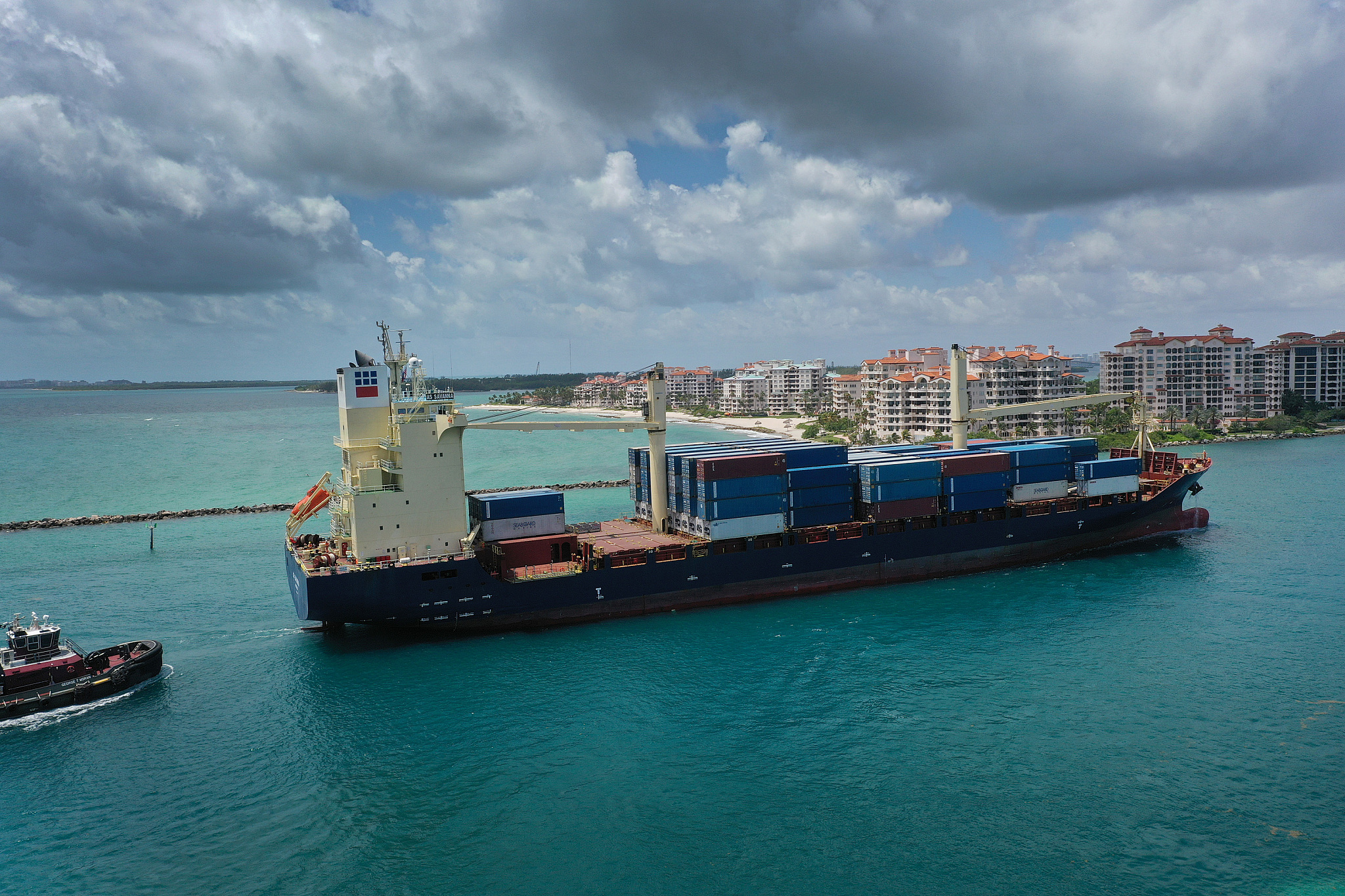 Besides, there was a catastrophic labor shortage in American ports. And it was not just about docks and warehouses. Due to border restrictions, the work of customs was also partially suspended.

Although China resumed exports earlier than the rest of the world, other countries faced and continue to face restrictions and labor cuts. There is currently a massive 40 percent imbalance in North America. This means that only four were sent back for every ten containers arriving, while six remained at the arrival ports. With trade between China and the United States averaging 900,000 TEU (20-foot equivalent unit) per month, the absolute container imbalance is genuinely enormous. Moreover, according to the consulting company Descartes Datamyne, current shipments are at an all-time high. In the first quarter, their volume increased by 23.3 percent over the same period last year.

The crisis in container shipping has affected various business areas in different ways. For example, the transportation of high-value goods like mechanical engineering products, electronics, and computer equipment was minimally affected. But for other categories of goods, especially for Asia's textile industry, the increase in shipping costs had more severe consequences. Exporters argue that the sharp rise in freight rates has led to the closure of many textile mills that operate on small margins. Delays and container shortages are driving up prices. In Asia, delivery delays reach several weeks, forcing many companies to negotiate price increases with buyers. 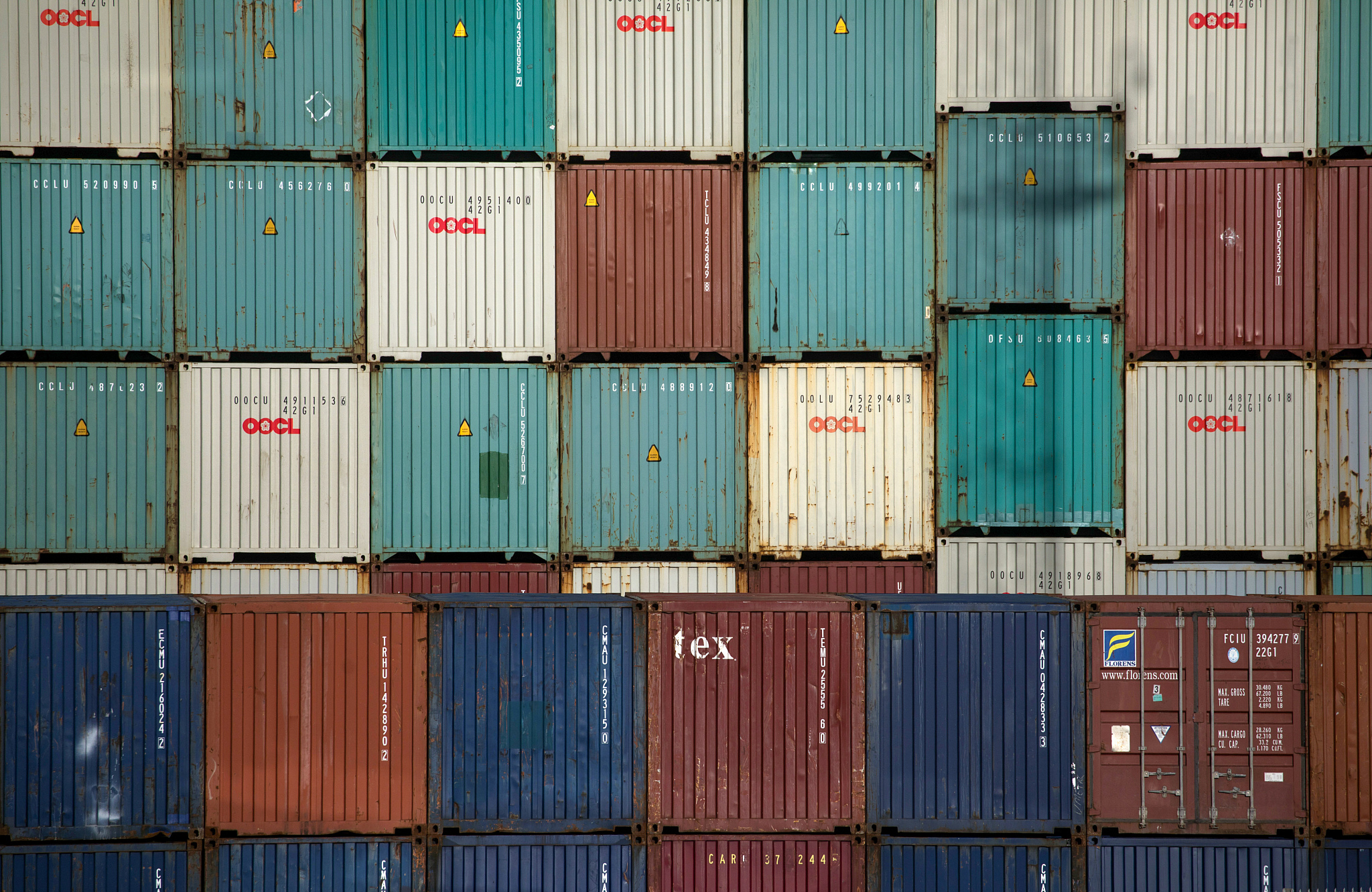 Shipping containers on the dockside at the Port of Felixstowe Ltd. in Felixstowe, U.K., December 28, 2020. /CFP

Shipping containers on the dockside at the Port of Felixstowe Ltd. in Felixstowe, U.K., December 28, 2020. /CFP

Shipping industry consultant Alphaliner says carriers can get $0.66 for a 40-foot container per nautical mile from Shanghai to Los Angeles versus less than $0.10 on the way back. Even better prices are available for the route from Shanghai to Melbourne at $0.88 or from Shanghai to Santos at $0.75. There is an understanding that empty containers should be delivered back to Asia so that carriers can continue their business. Trade routes from Asia to the U.S. have become so lucrative that carriers do not even wait for cargo before sending containers back to Asia, especially when there is no cargo at the port.

With reports of growing congestion and container shortages going to major ports in China, Chinese officials call for cooperation to get more containers and lower shipping rates. They recently called on ports and shipping associations to work with international carriers to address container shortages. While speaking at a conference hosted by the Ministry of Transport, Chinese officials said the China Ports and Harbors Association (CPHA) and the China Shipowners Association (CSA) must reduce container shortages critical to foreign trade. The ministry acknowledged that the revival of business, which began last year, contributed to the container shortage. However, they also cited the slow return of containers from North America to Asia as one reason for their current deficit in China.

Last year, China already announced that it was taking steps to increase the supply of containers. Chinese state media noted that the China Container Industry Association (CCIA) urges sea container manufacturers to increase their production dramatically. The association said China has been producing 300,000 TEU a month since September to alleviate the shortage. Chinese container manufacturers have expanded their regular working hours to eleven hours a day. 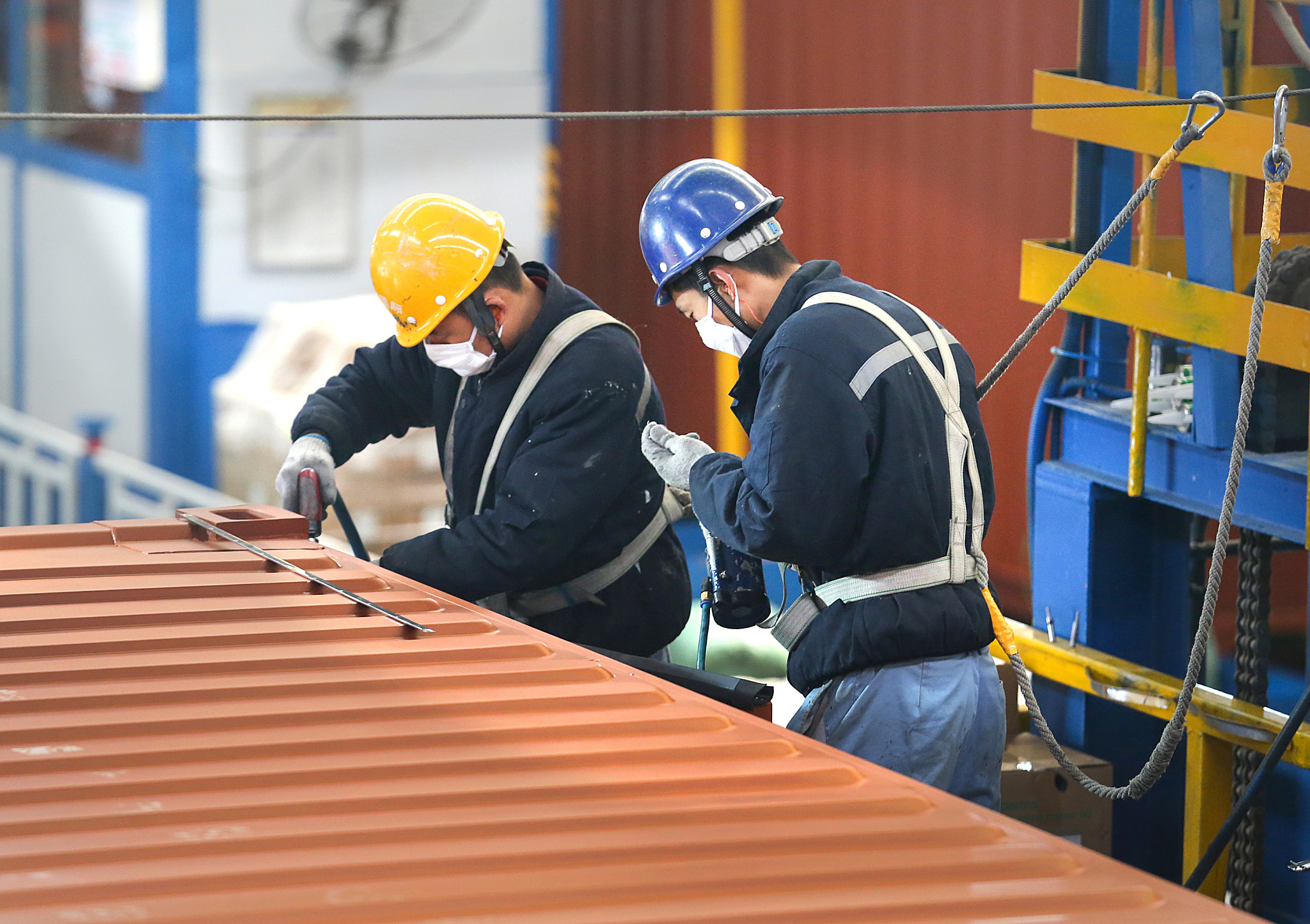 What to expect in the future? While some reports from China point to improved activity in its ports in recent weeks, others in the shipping industry remain pessimistic about the coming months' outlook. Many people still believe that there will be no relief until summer.

Numerous measures are currently being taken to break the deadlock, such as carriers' attempts to reduce free time and detention periods, more efficient unloading systems, etc. However, it is not clear how the global container shortage crisis could normalize in the coming months. Unfortunately, contract freight rates are also forecast to remain high throughout the year. It is already clear that this year will be quite challenging for both trade and transport companies, and therefore for the world's economy.