Download
UFC 259: Amanda Nunes proves she is too good for her own good
Josh McNally 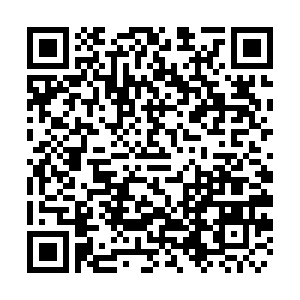 The UFC created its women's featherweight division to court Cris Cyborg, the biggest draw in women's MMA not named Ronda Rousey, away from Scott Coker's rival promotion Bellator MMA. What was intended to come next is still unknown. Competitive female martial artists that range between 135 and 145 lbs (61-65 kilograms) are thin on the ground to the degree that there aren't enough of them in the UFC to have a ranked top 10.

At best, Cyborg would have freak show fights where she smashed all challengers, as she had in every fight from 2005 – up to UFC 232 on December 29, 2018 when she was knocked spark out by Women's Bantamweight Champion Amanda Nunes.

At 5 feet 8 inches (1.77 meters) and 145 lbs, Cyborg's was huge for the sport and tearing through physically smaller opposition. Now she had lost to someone who was the same size and much better at fighting – Cyborg was a Fedor Emelianenko-style brawler, Nunes' boxing is built on precision – her gimmick was over, as was the division's raison d'etre. 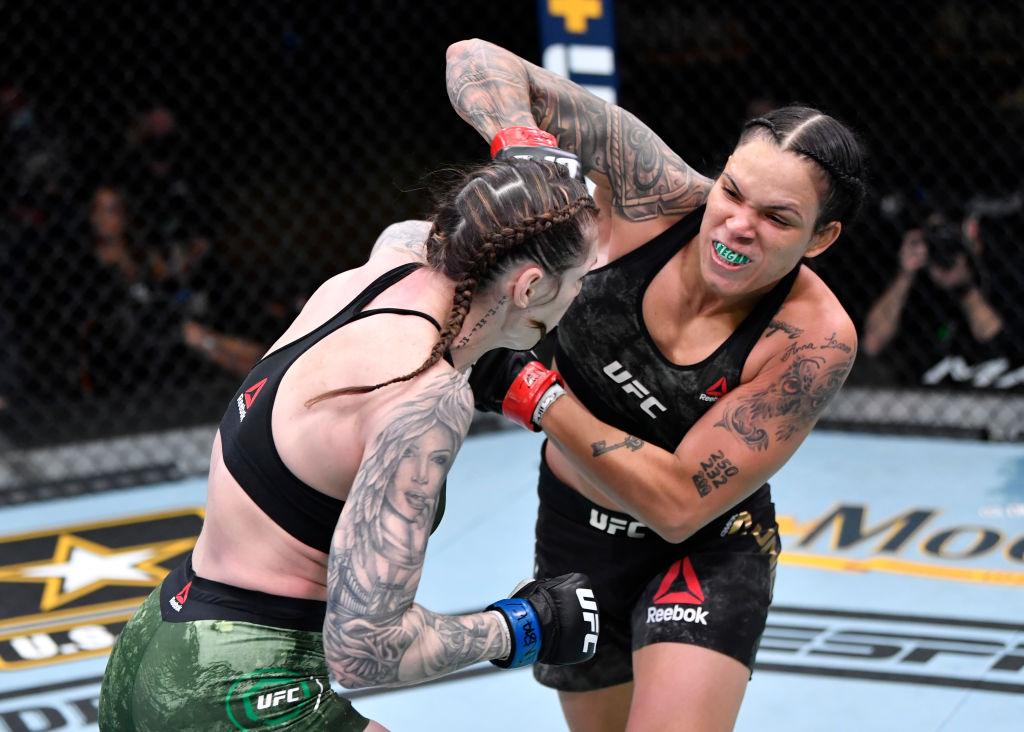 It was 18 months before an opponent was found for Nunes. She fought Felicia Spencer at UFC 250 on June 6 and showed everyone she wasn't just the best at bantamweight, or even the best at featherweight: she was improving. She spent five rounds treating Spencer like a punchbag. Nunes hit 124 significant strikes and took her opponent down 6 times across five rounds; Spencer landed 42 significant strikes and couldn't take Nunes down at all.

A brisk nine months later, the UFC found Nunes another featherweight opponent in Megan Anderson. While Cyborg and Spencer were big, thick women, Anderson is lanky at 6 feet (1.82 meters) tall. This isn't a dig; it gives her excellent range to utilize boxing and she’s used that to win over a third of her 16 total bouts by knockout.

Unfortunately for her, Nunes is the best boxer in women's MMA by a mile, and that distance gets further with every new fight. It only took one overhand right by Nunes, which in the silence of the staff-only crowd at the UFC Apex landed with a dry smack akin to a grenade being heard in the distance, to rattle Anderson. 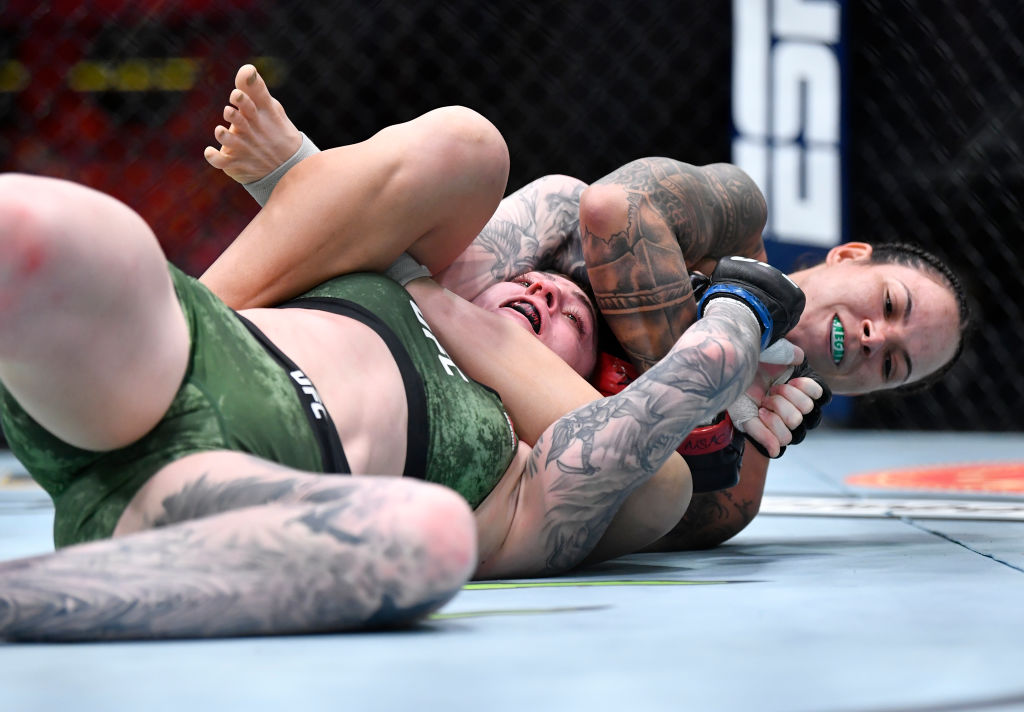 Nunes could see it in her eyes and pounced. Anderson was soon on the floor with Nunes in top position. A quick attempt at ground and pound forced Anderson to give up her back where she discovered Nunes also has the best Brazilian jiu-jitsu in women's MMA: a choke was expertly morphed into an armbar, administered with a choking triangle to boot.

Amanda Nunes won by submission in 2:03 of Round 1 and sprung to her feet looking excited that her warm up was over and now it was time for the real fight.

As UFC President Dana White was headed into the Octagon to wrap the belt around Nunes, he was collared by the commentary team and given a live microphone where he was asked, directly but not unkindly, about what his plans were for a division that has both an unstoppable champion and no challengers.

He has no idea.