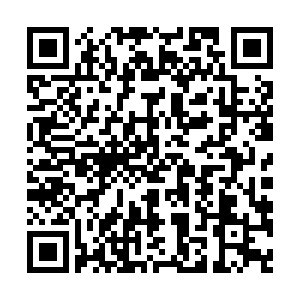 Editor's note: William Kirby, T. M. Chang professor of China Studies at Harvard University, sits down with CGTN anchor Wang Guan and shares his comments on the role of China's foreign policy in modern history. Views expressed in the video are his and do not necessarily represent those of CGTN.

CGTN: You talked about China's foreign policy. In fact, it is pretty much influenced and impacted by the non-alliance movement back in the 60s or 70s. Correct me if I'm wrong.

How do you look at China's foreign policy, let's say since this reform and opening-up?

Kirby: I would go back even further. Since the beginning of the 20th century, China's foreign policy has been extremely pragmatic. It has been led by perhaps the most able and the most professional part, consistently of the Chinese government, whether under the republican period or the People's Republic, has been the Ministry of Foreign Affairs. [An] extraordinarily talented cadre of individuals who have defended Chinese sovereignty, in cases of great weakness, and in cases of resumed strength.

For example, China engaged in only two real alliances in its modern history. One with the United States against Japan. And then one with the Soviet Union against the United States, with both superpowers. But with the exception of those two periods of time, in the 1940s and in the 1950s, China has pursued a series of bilateral relationships as the foundation of its foreign policy, and has made the most of these.

The one remarkable thing about China's condition today, you mentioned that China has no allies. Very very important point. Even more important, China has no enemies, when you think about it. No one today threatens China's borders, not Japan, which has not fired a shot in anger since the Second World War, not Taiwan, not Vietnam. Not India, not Russia. Perhaps the only danger to Chinese borders comes from North Korea (the DPRK) because you might not know where one of their missiles might come down by mistake.

But this is a remarkable moment for China. China is in the best strategic position of its modern history, from 1979 with China's war with Vietnam. From that moment until today, is the longest period of peace in East Asia since the Opium War. Think of that. It's an extraordinary moment. And this moment is the precondition for the prosperity of contemporary China.