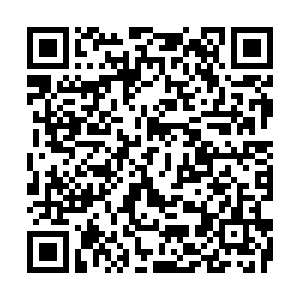 "How much we can benefit society is inherently connected with how much profit we can make," said Wang Miao, general manager of CGCOC Agriculture, a Chinese state-owned enterprise operating in Nigeria.

Though hardly a shocking revelation, Wang's words said much about the way his company chooses to work.

CGCOC Agriculture, which carries out seed and seedling R&D and production, made its first foray into Nigeria in the early 2000s. In more than a decade of operations, it has made a considerable impact by enabling technology transfer that improved the African country's efficiency of grain production and benefited its food security.

"At least 200 million more tonnes of grains have been produced since we were licensed to manufacture seeds there 10 years ago," Wang told CGTN. "But if we were simply planting them ourselves instead of moving our technology there, the outcome would not be as substantial." 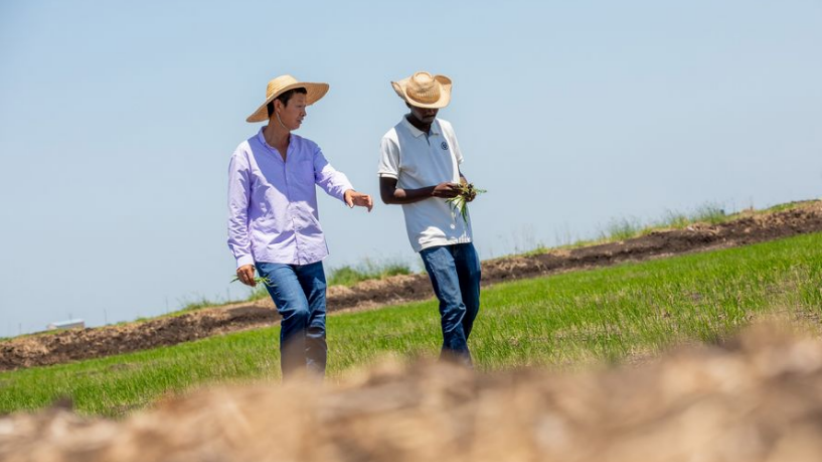 The firm is one among the thousands of Chinese companies trying to help countries that have joined the Belt and Road Initiative (BRI) achieve sustainable development goals. According to a 2017 report by global consultancy McKinsey & Company, over 10,000 Chinese-owned firms are currently operating in Africa alone, and the value of Chinese business there since 2005 amounts to more than $2 trillion, with $300 billion going into investments.

Taking pride in helping Nigeria promote sustainable growth, Wang said the operations CGCOC Agriculture chose to advance were specifically tailored to achieve that goal. The general manager also said when he contemplates the future of the company, he is always guided by a philosophy he terms "selflessness."

"We should think beyond the concept that businesses are built around corporate interests. Instead, what we should first take into account is the society's needs," he said. "Then we can construct corresponding plans and carve out a role for ourselves based on that."

The company, which possesses top-notch agricultural technologies, converges its self-interest with the broader interests of the host country. But it doesn't have exclusive claims to this logic: The same pattern can be applied by thousands of other Chinese enterprises powered by China's fast-growing technological prowess, and that is gaining steam.

"Chinese companies going global are increasingly aware of long-term sustainability and are trying to make contributions to sustainable development in their host countries' economy, society, environment and governance," noted a 2019 report by the United Nations Development Programme.

In Africa, the shortage of advanced technologies is not the only issue holding the continent back. The lack of jobs and skilled workers are also obstructing sustainable development, and poverty is further exacerbating the situation.

Huajian Group, a Chinese shoe factory founded in 1996, has made its reputation by cultivating talents and creating jobs in Ethiopia.

Zhang Huarong, president of Huajian Group, said he decided to enter the African country because he saw an opportunity to not only take the company to the next level but leverage his own experience to nurture a capable workforce.

In 2011, the firm began its operations in Ethiopia's first 40-hectare Eastern Industrial Zone. Zhang, who grew up poor and climbed up the ladder all on his own, said he completely resonates with local Ethiopians. "When I arrived in the country, what I saw was people living in conditions similar to ours in the 1950s and 60s," he told CGTN. 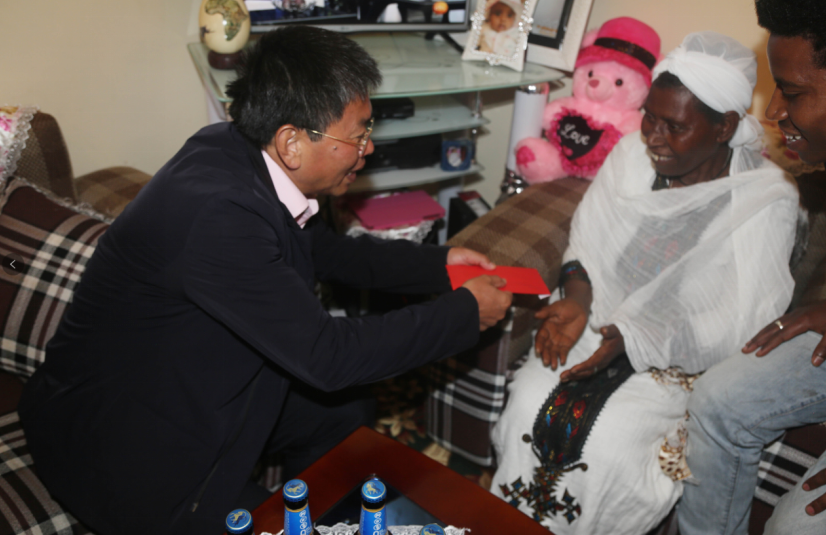 Zhang Huarong visits a local nursery in Ethiopia, in 2019. /Courtesy of Huajian Group

Zhang Huarong visits a local nursery in Ethiopia, in 2019. /Courtesy of Huajian Group

Reminiscent of what it used to be for him, Zhang felt a deep connection with the company's local employees, and improving their living conditions became his priority.

Huajian has employed more than 8,000 Ethiopians, but many of these employees were living in households blighted by the lack of utilities and food.

"Some of them didn't have access to hot water and some suffered from poor nutrition." Zhang went to great lengths to make sure these issues were overcome. Wells were dug to connect the water pipes so that employees could take hot baths, and free meals were provided to them throughout the day.

The talent hub in Ethiopia

Zhang believes it is very important to fully incorporate the workers into the company. In the Huajian Shoe Factory, systemic skills training sessions have been organized for each and every local employee, which not only enabled them to shore up the production line but also helped shape a corporate culture that holds them all together. To help Ethiopians to take up senior positions, hundreds were also flown to South China's Dongguan, where Huajian's headquarters is based, to receive management training.

"This is how we can help them develop comprehensive skills while sustaining the company's day-to-day operations," Zhang said.

Because of its well-developed, high-quality training system, Huajian is known as the talent development center for the shoe industry in Ethiopia.

"They are proud to be hired by us. And I too, feel the pleasure of employing them. I look at them as if they are my children." Motivated by the concept of linking corporate growth with African development, Zhang said his goal is to create 100,000 jobs in the continent by 2030. 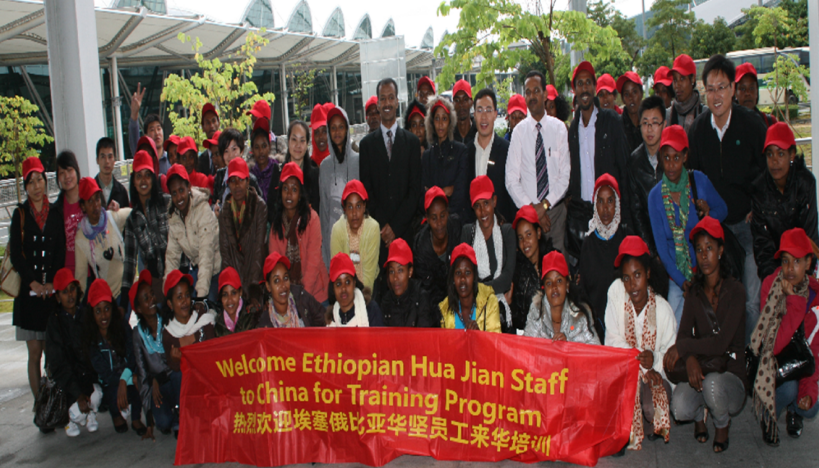 Like Huajian, job creation and skills training are becoming a focus for Chinese companies operating in Africa.

According to McKinsey's 2017 report, which surveyed more than 1,000 Chinese companies in eight African countries, skills training was offered by two thirds of these firms and Africans on average made up 89 percent of employees. The number of jobs created by Chinese enterprises had also reached several millions.

Yet despite these achievements, Chinese companies' overall image, especially when linked to corporate social responsibility (CSR) performance, is not desirable.

A 2014 survey by the Ethics Institute of South Africa (EthicsSA) found that in developing countries where Chinese investment is large, local perception of Chinese businesses inched towards a negative view. Less than 10 percent of respondents from both South Africa and Nigeria believed that Chinese companies had considered the interests of society and the community when making business decisions, while only 23 percent of those from Kenya shared the same view.

The direct cause of this negative image was "some Chinese enterprises' inadequacy or failure of fulfilling their social responsibilities in Africa. As the representative entities operating abroad, Chinese enterprises are not only economic actors, but also 'social responsibility bearers.' CSR has a positive effect on corporate image and on customer citizenship behavior," according to a study on CSR Image Construction of Chinese Construction Enterprises in Africa.

Another reason Chinese corporations are often subject to criticism lies in their lack of understanding of CSR.

"Many Chinese entrepreneurs like to emphasize the amount of donations they make, while the international community is more fixed on issues such as the employment conditions of local hires and the company's relationship with the local community," said Guo Peiyuan, co-founder and general manager of SynTao, one of China's leading CSR consultancies.

"CSR is not just about donations. The more important aspect of it is about how to create shared value, which is realized mainly through effective communication with local communities," he told CGTN.

But a lack of localization by the Chinese enterprises and their conservation of "a Chinese business model" have hindered their recognition that direct interactions are important.

"In China, the way they handle the demands of local communities is mainly through engagement with the government. Though it may be effective domestically, this is not the case when companies need to build businesses abroad," Guo explained. "Many cases have shown that the propensity to only maintain contacts with government officials often result in the failure to solve disputes."

But the longer these companies stay in their host countries, the more likely they are to appreciate their relationship with the local community, he said. "A change in corporate culture is primarily driven by the company's aim to sustain its long-term growth."

Guo said many of the companies he has offered consulting services to have observed such transformations. "Most of them were initially reluctant to engage with the local community, but they soon realized that was not the right approach to move forward."

One example Guo gave is a Chinese palm oil production company, which has undergone a similar change in its 10 years of operation in Indonesia. The company, he said, was at first content to move its business model in China to the designation country, even when it was met with local resistance due to land disputes. "Indigenous residents in the adjacent areas claimed to possess rights to the land despite a lack of legal documentation, and the company, which believed the issue was not under its purview, maintained that the residents should take it to the local government."

But a deluge of problems followed, with unfolding frictions routinely dampening the company's operations. "Realizing that sitting on these discontents was not a long-term solution, the company reversed its course and began to consider their demands," Guo said. "Schools were built as a response to the demand for education opportunities and local employment was further expanded."

This story is no stranger to Wang from CGCOC. "CSR is an economic activity. Companies that look at things from a long-term perspective would naturally appreciate it," he concurred.

In the early years of the company's expansion in Nigeria, those who were in charge of local operations tended to be technical experts, but they lacked communication skills and were often troubled by language barriers and cultural differences, Wang said. "Assigning management experts who were familiar with local conditions soon became a necessity."

Wang has decades of experience of managing operations in Nigeria. According to him, since he took over the CEO position of CGCOC Agriculture, communication with the local community has evolved from a tactical issue to a strategic one.

The communication mechanism that Wang's company has built paves a smooth pathway conducive to the maintenance of mutual relationships. It has established a direct line of communication between company stakeholders and village chiefs. Villagers are often invited to visit the company to learn about its operations. In deference to local customs, the company also offers gifts for community leaders on local festivals. For the purpose of keeping its corporate code in line with labor regulations, consultations with labor unions and farmers' associations are also kept on a regular basis. 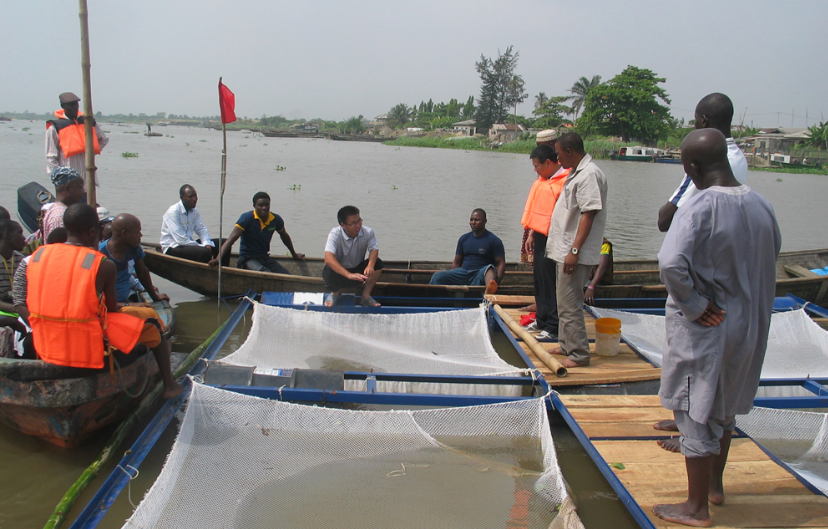 CGCOC Agriculture conducts field demonstrations and technical training in cage fish culture at two project sites in Lagos and Niger State. The company has trained 120 locals and issued certificates to them. /Courtesy of CGCOC Agriculture

CGCOC Agriculture conducts field demonstrations and technical training in cage fish culture at two project sites in Lagos and Niger State. The company has trained 120 locals and issued certificates to them. /Courtesy of CGCOC Agriculture

The cost of fault tolerance in this respect is huge, Wang said. "For us who want to maintain our business presence in Africa, social risks are much higher than financial ones. If our company's reputation is severely damaged due to poor management, our operations would have to face the possibility of being shut down entirely, whereas short-term financial losses can always be offset by a better performance in the next year."

For Wang, studying how to improve CSR performance has become a passion.

"When you put CSR and corporate spending together, it is not a simple plus-and-minus formula," he said. "Fulfilling CSR does not mean there is a net increase of spending."

"Take our hiring of local labor for instance," he elaborated. "Since we were asked to provide employment opportunities not just for men but also for women, we have moved to reintegrate the structure of our production line so that we can hire more women to take on duties requiring less physical strength but more attentiveness. And that has turned out to be a rather productive endeavor, as our division of labor was much streamlined."