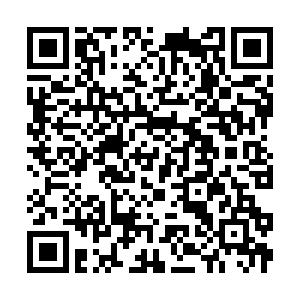 China is mulling improving the electoral system of the Hong Kong Special Administrative Region (HKSAR) – but critics say it's a plan to eliminate opposition forces in the city.

Why are improvements imperative?

When explaining the draft decision on improving the electoral system of the HKSAR to lawmakers, Wang Chen, vice chairman of the National People's Congress (NPC) Standing Committee, said the move is to prevent anti-China, destabilizing forces from seizing power, citing the months-long riots in 2019.

"To remedy the situation, it is important to take necessary steps to improve the electoral system and remove existing institutional deficiencies and risks to ensure the administration of Hong Kong by Hong Kong people with patriots as the main body," Wang said.

Alex Fan, founding president of the International Youth Legal Exchange Federation in Hong Kong, told CGTN that "allowing non-patriots or even people endangering national security to participate in the election will put the 'One Country, Two Systems' in peril."

What can be improved?

According to the draft decision, the focus of the improvements will be on the reform and greater empowerment of the city's Election Committee.

"Hong Kong's chief executive will continue to be elected by the Election Committee. The committee will also elect a relatively large share of Legislative Council (LegCo) members and directly participate in the nomination of all LegCo candidates," Wang said, adding that the revisions to be made may be limited to Annex I and Annex II to the Basic Law, without revising the main body of the Basic Law.

How will it be carried out?

A two-step approach, namely, "decision plus amendment," has been put forward. The NPC, China's top legislature, first makes a decision on improving the electoral system of the HKSAR and authorizes its Standing Committee to amend. Then the NPC Standing Committee amends the Annex I and Annex II to the Basic Law of the HKSAR.

After the amendment at the state level is completed, the HKSAR will amend relevant local laws accordingly.

In consideration of the complexity of Hong Kong's election-related local laws, experts believe the process will take some time but will be completed before elections in Hong Kong in the second half of the year.

What would the improvements mean?

This echoed the words of Xia Baolong, vice chairman of the National Committee of the Chinese People's Political Consultative Conference and head of the Hong Kong and Macao Affairs Office of the State Council, who has said the emphasis on "patriots governing Hong Kong" is not meant to erase all differences.

Liu Zhaojia, the vice chairman of the National Hong Kong and Macao Research Association, added: "Pro-establishment candidates can also rest easy. They must put in real efforts to solve Hong Kong's social and livelihood problems in order to gain a better political future."

The Liaison Office of the HKSAR voiced support for improving the electoral system, stating "it is the only way for Hong Kong society to end political disputes, refocus on development and protect the long-term prosperity and stability."

The HKSAR delegation to the Two Sessions said the proposed improvements would not make any change to "One Country, Two Systems," but would strengthen the principle, as well as put an end to the political chaos in Hong Kong and allow local society to focus on economic development, people's livelihood and the SAR's integration into the overall development of the country.

No one cares more about Hong Kong's democracy and continued prosperity and stability than the Central Government of China, Chinese State Councilor and Foreign Minister Wang Yi stated on Sunday, adding that Hong Kong's shift from chaos to stability serves the interests of all parties.