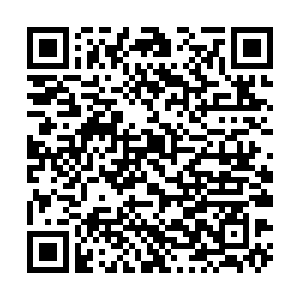 The Chinese version of an international travel health certificate was officially launched on Monday by the Department of Consular Affairs, the Ministry of Foreign Affairs.

The certificate, showing one's nucleic acid test and serum antibody results, vaccine inoculation and other information, is available for Chinese citizens via a WeChat mini program.

A QR code is encrypted to allow authorities to verify the holder's personal information, according to the Ministry.

The health certificate is to "facilitate safe and orderly flow of personnel," the country's State Councilor and Foreign Minister Wang Yi said at a virtual press conference on Sunday.

Wang said that in the near future, as more countries agree on mutual recognition of health certificates with China, this international travel health document will play a greater role in promoting the healthy, safe and orderly exchange of transnational personnel, and provide Chinese citizens a solid guarantee when traveling abroad.

The certificate, available in both digital and paper forms, is "leading the world" in plans for the so-called vaccine passports, AFP reported.

Singaporean Prime Minister Lee Hsien Loong said in February that the country is discussing the mutual recognition of vaccine certificates with other countries. Thailand is considering scrapping its 14-day quarantine for foreign visitors with proof of vaccination.

Greece has started issuing its citizens digital certificates after they get two doses of the COVID-19 vaccines.

The World Health Organization (WHO) supports electronic certification of COVID-19 vaccination, which allows for efficient and accurate recording of vaccination information and will have a number of positive effects, Katherine O'Brien, director of WHO's Department of Immunization, Vaccines and Biologicals, said on Monday.

"China stands ready to discuss with other countries on establishing mutual recognition mechanisms for health codes information on the basis of accommodating each other's concerns and friendly consultations," said Foreign Ministry Spokesperson Zhao Lijian the same day. "This will facilitate the issuance of visas, thus making cross-border travel much easier and contributing to the healthy, safe and orderly people-to-people exchanges."