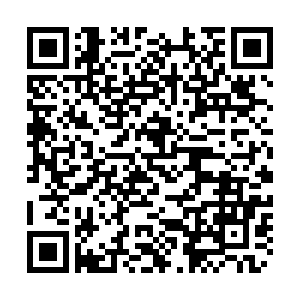 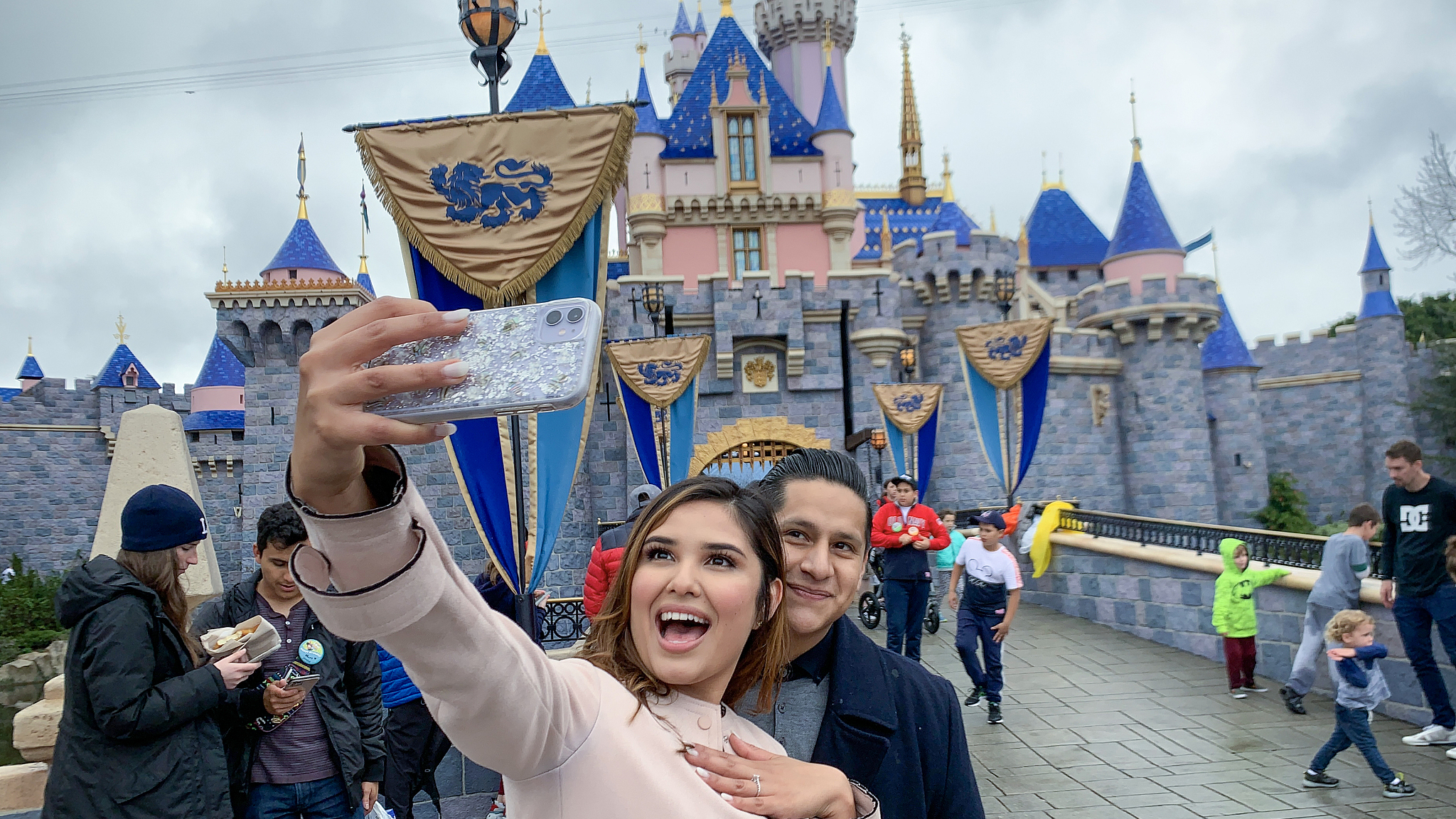 Tourists take a selfie in front of Sleeping Beauty Castle a day before Disneyland closed because of the COVID-19 outbreak in Anaheim, California, March 13, 2020. /CFP

Tourists take a selfie in front of Sleeping Beauty Castle a day before Disneyland closed because of the COVID-19 outbreak in Anaheim, California, March 13, 2020. /CFP

The world's second-most visited theme park has been closed for almost exactly a year, with the mega attraction near Los Angeles unable to reopen last summer even while other Disney resorts did so worldwide.

"Here in California, we're encouraged by the positive trends we're seeing and we're hopeful they'll continue to improve and we'll be able to reopen our Parks to guests with limited capacity by late April," said Chapek.

A precise opening date would be confirmed "in the coming weeks," he added.

The statement during Disney's annual shareholders meeting follows state officials' announcement last week that reopening criteria for theme parks and outdoor stadiums will be relaxed from April 1, as a winter spike in coronavirus cases rapidly recedes.

Theme parks will only be allowed to reopen if their county drops below the state's most-restrictive coronavirus "tier," and then initially at 15 percent capacity and for California residents only.

Chapek cautioned that Disneyland could not reopen on the first day of next month as it would take time to recall more than 10,000 furloughed staff members, and to retrain them in pandemic safety measures.

Disney, along with other operators and local officials, has ramped up pressure on state officials to allow swifter reopenings, after previous guidance meant theme parks would be among the last places to reopen in California.

The company had to scrap a planned July restart for Disneyland last year following a public row with state officials over safety guidelines, and partly blamed California restrictions for 28,000 job losses in September.

Chapek said the reopening would be welcomed by Disney staff and was "also good news for the Anaheim community, which depends on Disneyland for jobs and business generated by visitors." 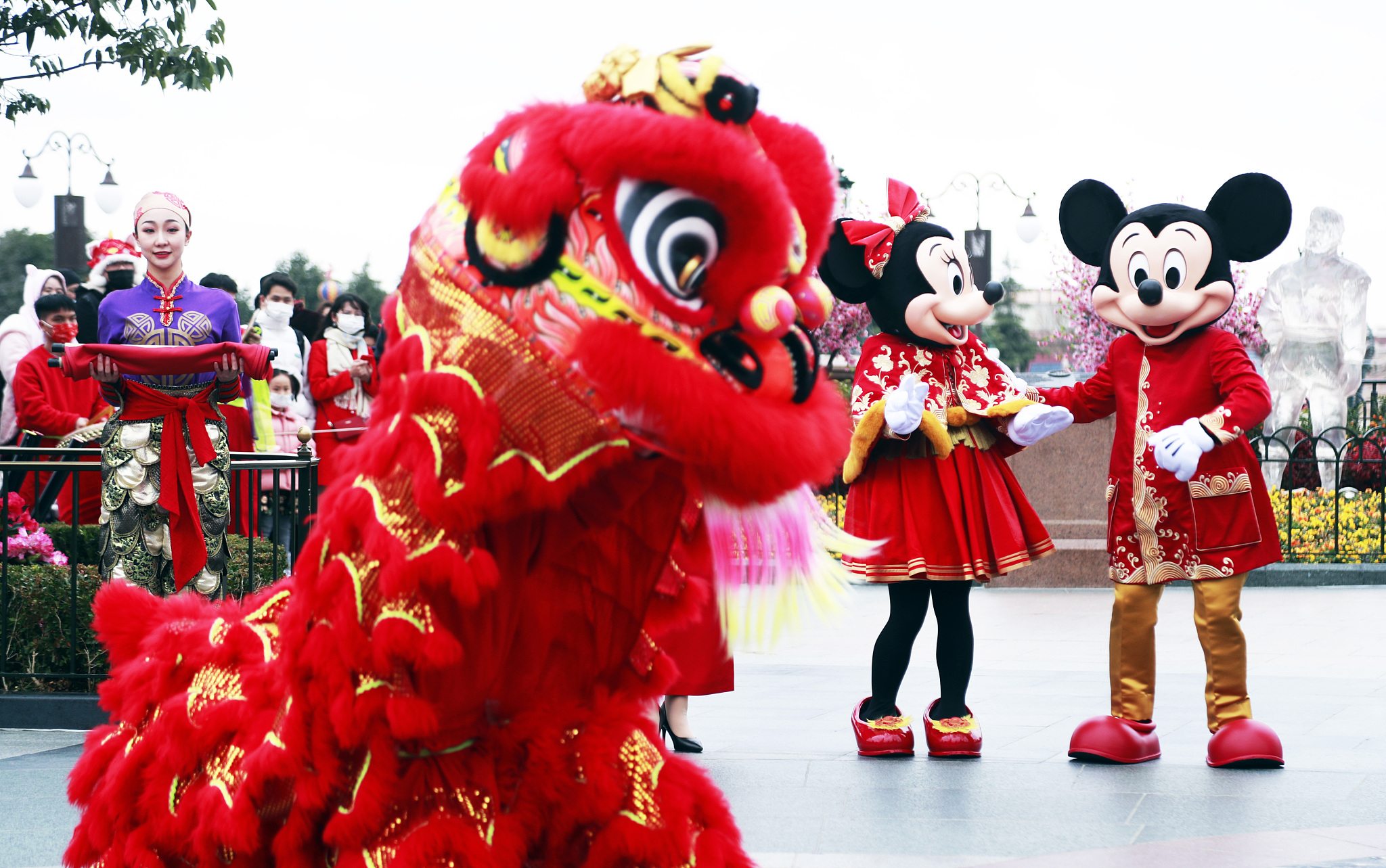 On May 11, 2020, Shanghai Disney Resort became the world's first to reopen and has been in service ever since.

Hong Kong Disneyland followed suit and reopened on June 18 last year, but temporarily closed in July and December because of a resurgence in cases. It reopened again in February this year.

Tokyo Disney Resort and Disneyland Paris reopened on July 1 and July 15 in 2020, respectively, and the latter shut down again in October till now.

Walt Disney World Resort in Orlando, Florida also started to serve the guests in July of last year despite a local coronavirus surge.