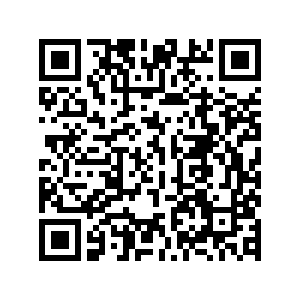 Editor’s note: Known as “Two Sessions” or Lianghui, the annual gatherings of the Chinese People’s Political Consultative Conference (CPPCC) and the National People’s Congress (NPC), are being held in Beijing from March 4 to March 11. This is the biggest event on the country’s political calendar. With many issues being discussed, the event offers outsiders a good chance to see democracy and rule of law at work in China’s political system.

Democracy is not a trophy on pedestal, but an experiment and an ongoing one at that.

The democracy that was in the mind of George Washington is not the democracy of America today. The Republican Party Abraham Lincoln envisioned is not Donald Trump’s party today. Democracy is not a plane on autopilot and cannot work out its own problems. It needs people to work on it.

The biggest danger to democracy are those who take it for granted, and ironically they are exactly those who pontificate and lecture the world.

The problem for Americans is their deep-rooted exceptionalism. The U.S. is not just great, but the greatest in history and forever. The best of the best.

But why has "the best" become the worst at COVID tests? COVID is an example on the agility of governance. In 2019, America ranked the first on the Global Health Security Index published by Johns Hopkins University. Two years later, the U.S. lost 520,000 lives to COVID and one in ten people have been infected. With only 4% of the world's population, it has a quarter of the cases.

Looking closer, you’ll find that among the 21 countries that have recorded more than 1 million COVID cases, 18 are democracies. While the disease has delivered a brutal hit to every economy, the shock is surprisingly huge when it comes to the Group of Seven nations – the world's leading democracies.

Four in 10 Americans are struggling financially, meanwhile the British economy has contracted by nearly 10%, its biggest decline in 300 years.

In the name of democracy, politicians have failed to live up to democratic ideals. The populist leaders in democracies played down the danger, refused to heed experts and peddled crazy ideas. They didn’t come up with a plan and sabotaged attempts to follow the truth.

Democracy does not keep people from being arrogant and ignorant. Sometimes they come together. The storming of the Capitol Building, slurs against Asians, refusal of masks and vaccines, all happen under the facade of democracy.

Sure, bungling the COVID response does not mean the meltdown of the entire system. But there must be some systemic errors.

Democracy is not a panacea for human problems. The human condition is complicated: there are also economies, technologies and cultures. Political institutions are just part of the picture, and probably not the most important part, as they have been reshaped by forces more powerful and diverse than ever before. We need to look beyond.

However, the U.S. insists on preaching and prosecuting. When it comes to opinions some Americans tend to stick to their guns. But progress is impossible without change; and those who cannot change their minds cannot change anything.

The problem with the West is they think of their democracy as a religion, but actually democracy is an experiment. We self-correct when things go wrong and we double down when results are positive.

Even Joseph Biden admitted that, “In places, including in Europe and the United States, democratic progress is un­der assault.” But a systemic rethinking is still beyond him. A lot of people fancy they are living in a binary system of democracy and autocracy, capitalism and socialism, as if things are this simple.

There is none: All countries are hybrids, a mixture of this and that. All depends on history, drive, old habits and new challenges. Take COVID for example. It requires governments to prioritize, to decide quickly and wisely, rather than over-check and lack balance.

Politics need to be as nimble and sentient as they should be. In the end what matters is how representative politics, the interplay between the elected few and the electing many, works.

When China transitioned from an imperial system to a republic at the beginning of the 20th century, it began its own experiment in democracy with trials and tribulations. Chinese politics like any system try to represent the many with the few who discuss and debate the country’s polices.

Democracy is about debate and argument, it is also about consensus building and making compromises. Chinese NPC deputies argue on polices, probably they should do this more, but they don’t argue for the sake of arguing, wining political points or repaying their donors. The Chinese political advisors also disagree but they agree to advice the system up not down.

Actually this should be the aim of politics. China has been learning and America can learn better. Any system is created by humans for the benefits of humans.

The Chinese political system is still evolving. The Chinese Communist Party is trying its best to connect decision making with its roots, the people. And good politicians are those who don’t lose their sense of base.

Thus, the Chinese ruling class still thinks and acts like pioneers: they stop taking things for granted and try out new methods, like how to prevent officials becoming corrupt, how to listen to different opinions for constructive goals, and how to improve the rule of law.

As a result, China progressed from a poor rural country to a middle-income economy. People live longer, learn better and travel further. The Chinese seek insights from everywhere and on everything because they know no system is a done deal.

The key is to realize that we are all flawed and need to grow.