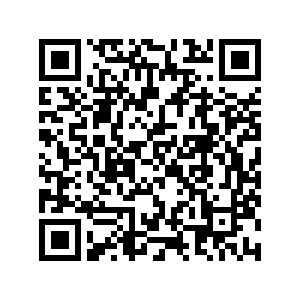 Editor's note: Daryl Guppy is the author of eight books on trading financial markets and appears regularly on CNBC Asia and is known as "The Chart Man". The article reflects the author's opinion, and not necessarily the views of CGTN.

The GameStop phenomenon is a zombie which will not go away. GameStop is back from the dead again with another jump of 173 percent in five days. This follows a 312-percent raise over two days in late February to make a total 677-percent rise in less than three weeks.

It looks like market participants learned little from the last GameStop episode.

The old market axiom tells us that a fool and his money are easily separated. What the axiom does not tell us is that the separation is usually managed by finance industry professionals. The continued astounding activity around the U.S.-listed GameStop suggests that as a result of technology, this relationship may have changed.

During the first sharp rally in early January, the vested interests in the finance industry all called "You'll be sorry" to these traders. It was a desperate taunt designed to cover their own industry failings as several professional hedge funds struggled against the activity of so-called amateur traders. This group of amateurs turned sophisticated industry tools against the professionals who were accustomed to using the same tools exclusively for their own benefit.

It was not a one-off.

The hedge funds don't like to be made to look foolish, so in February, they called for industry assistance. The solution was to stop amateur retail traders from trading GameStop for one day. Market observers were treated to the ugly sight of a hedge fund brawl, which resulted in a very volatile daily price move, low to high, of 76 percent. These game boys reset the playing field and readjusted the entry points for the new trade.

Will they try this tactic again? The first rescue attempt is under investigation by regulators, so it's unlikely this particular cavalry tactic will ride to the rescue a second time.

When retail trading in GameStop resumed in January, the smart amateurs took a short trading position. Many of the hedge funds, still smarting from the "short squeeze", also took new short positions around $350. The objective for all players was to trade the expected market retreat from $350 to $60 or even lower.

This is the game hedge funds play. These professional investors "attack" a company by preparing an analysis report that suggests the company is not as profitable as it says publicly. This can be a valuable service because it flushes out companies that are falsifying their financial performance.

It becomes a corrupted service when those responsible for the report also take a "short" position in the stock prior to the release of the report, which is designed to drive the price of the stock lower. There is good money to be made from this game tactic that many believe verges on market manipulation.

The strategy depends on hedge funds consolidating money from multiple individual investors and applying it in a single large sale trade. The counter-strategy used by amateur traders is a swarm attack where individuals operating independently of each other but with a common purpose are able to overwhelm the target. This swarm attack is a wave of largely uncoordinated action.

Hundreds of individual investors pushed up the price of GameStop in January, and it is happening again. It is a mistake to dismiss as fools redux because these amateurs outsmarted the professionals in January, and they may do it again. What was started by a small group who deliberately challenged the hedge funds expanded when other traders independently saw the price rise and joined the trade.

Then the professional traders joined, shorting those they believed were fools. The biggest gamers in the market are the institutions. They set up the game, define the rules, and like any gambling house, take a cut.

The key lesson that should have been learned from GameStop is that hedge funds must be careful about whom they invite to the game. GameStop shows that retail traders can no longer be treated as cannon fodder for the market.

The amateurs are again flexing their muscles with the 677-percent price rise. Time will tell if the hedge funds have learned anything from those they disparage as fools.

Fools will continue to be easily separated from their money, but as GameStop continues to show, the definition of exactly who are the fools in the market needs to be revised.