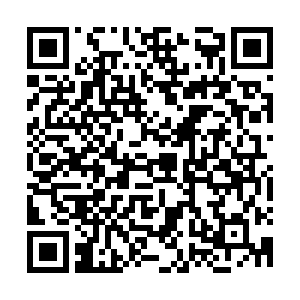 In each political season — the Two Sessions — China's national defense strategy is one of the main focuses at home and abroad. The government work report delivered by Chinese Premier Li Keqiang says China will continue to boost military training and war preparedness across the board and make overall plans to deal with security risks in all areas.

Moreover, China's defense expenditure will maintain a steady growth this year, with an increase of 6.8 percent over the previous year. Defense Ministry spokesperson Wu Qian said a moderate increase will better enable the military to safeguard national security.
Zhou Bo, a former military official at China's Ministry of National Defense and senior fellow at the Center for International Strategy and Security at Tsinghua University, said this figure showcases China's grand objectives of building a modernized military by 2035 and then becoming a world-class military power by the mid-century.

He pointed out that China is getting stronger in terms of holistic military strength, logistic supply, as well as joint strike capabilities. The nation now has the ability to shape the peripheral defense environment. While being optimistic about the Chinese military's development, he also expressed his concerns.

"Still, we have better opportunities than challenges, but this kind of challenges do not come from an ever stronger China," indicating that the threat comes more from outside, and different perceptions between Chinese and American militaries are imperative to be addressed.

"We do not want to challenge the United States, but we are trying our best to maintain our rights and interests in this region (South China Sea). There is a different understanding of what is right."

He further explained that both sides have realized that crisis has been looming larger, and bilateral meetings on crisis communication management between the two didn't stop even during the Trump administration. He believed it is high time to narrow the differences and called for more military-to-military dialogues between Washington and Beijing.

Now with U.S. President Joe Biden coming in, a new alliance system is developing. Biden will call a quad meeting with India, Australia, and Japan. Some European allies have also been sending their militaries to navigate the waters of the South China Sea.

Zhou said the "quad" is established because of China, although they would not say it is against China. He pointed out that none of the four countries or the European nations would sacrifice their own interest for the alliance, which is more of a symbolic gesture, as those countries are strongly associated with China economically. He said that these countries would not join hands with the United States to provoke China on the South China Sea issue.