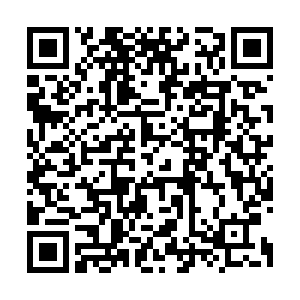 Chief Executive of China's Hong Kong Special Administrative Region Carrie Lam was one of several figures to issue a statement supporting China's top legislature's adoption of a decision to improve the HKSAR electoral system on Thursday.

"I, together with the governing team of the HKSAR Government, would like to pledge our staunch support for and sincere gratitude to the passage of the decision on improving the electoral system of the HKSAR by the NPC this afternoon," Lam said.

She pointed out the political structure of HKSAR, of which the electoral system is an essential component, is the prerogative of the central authorities.

Lam noted in the statement that the central authorities' move aims to ensure that Hong Kong can stay true to the original aspiration in implementing the principle of "One Country, Two Systems" and get Hong Kong back on the right track.

It is only by putting in place institutional safeguards to ensure "patriots administering Hong Kong" that the principle of "One Country, Two Systems" can be fully and faithfully applied in the HKSAR, which is conducive to long-term prosperity and stability of the city, she added.

The HKSAR government will render its full cooperation in facilitating the amendments and press ahead with the necessary amendments to the relevant local electoral legislation thereafter, she added.

"We will conduct and regulate election-related activities in accordance with the law efficiently, so as to implement the new electoral system that accords with the actual situation in Hong Kong."

Lam noted that the expanded and broadly representative Election Committee (EC), which should reflect the overall interest of Hong Kong, is the core element of the improvement of the electoral system.

The reconstituted EC will not only nominate and elect the chief executive but also be endowed with the new function of nominating candidates for the Legislative Council (LegCo) election and electing some of the legislators, according to Lam.

She stressed that "the HKSAR Government will provide the NPC Standing Committee with our views on the composition of the five sectors of the EC, with a view to ensuring the EC fulfills the requirements of being broadly representative and reflecting the overall interests of our society."

The HKSAR government will continue to explain to the public the necessity and urgency of improving the electoral system as well as the solid constitutional basis of the decision, Lam said, adding that the HKSAR government will enact the needed local legislation as soon as practicable, and conduct the relevant elections efficiently in light of the actual circumstances in Hong Kong, including the pandemic situation.

HKSAR Chief Secretary for Administration Matthew Cheung Kin-chung and Secretary for Justice Teresa Cheng both published statements welcoming the passage of the decision, vowing to cooperate and support the relevant follow-up work.

"It (the Decision) lays a solid foundation for improving the electoral system of the HKSAR, which is of a pressing need," Cheung said.

"It is natural and essential to require people vested with governing powers to be patriotic, which is also part and parcel of basic political ethics and a principle that applies everywhere in the world.

"The HKSAR Government fully respects the Central Government taking the lead to improve the electoral system and will fully co-operate and support the relevant follow-up work, including strengthening explanation to the public, striving to complete the local legislative procedures as soon as possible, and ensuring that the important elections taking place in the coming 12 months will be conducted in a smooth and orderly manner."

In a seperate statement, the secretary for justice said she will continue to provide explanations to the community on the legal basis of the "Decision plus amendment" approach.

"The Department of Justice is committed to rendering full support to the Government in completing the legislative amendments and making necessary arrangements for the elections in the coming 12 months with a view to implementing the Decision on improving the HKSAR's electoral system at the earliest possible juncture," Cheng added.

The Liaison Office of the Central People's Government in the Hong Kong Special Administrative Region (HKSAR) on Thursday said the improvement of the electoral system is "legitimate," "just" and "progressive."

In the statement published after the NPC adopted the decision to improve the HKSAR electoral system, a spokesperson for the liaison office said the decision reflects the collective will of all Chinese people, including Hong Kong compatriots, to effectively safeguard national sovereignty, security and development interests, and to maintain the long-term prosperity and stability of Hong Kong.

The spokesperson noted that Hong Kong society has closely watched the Hong Kong-related agenda of the NPC meeting. "In the HKSAR, the chief executive, main government officials, people from all walks of life, various associations, and the general public have all expressed their strong support and enthusiastic expectations."

This strongly indicates that the central government's decision has a broad public opinion base in Hong Kong, the spokesperson added.

Noting that the NPC's decision has a solid constitutional and legal basis, the spokesperson stressed the NPC has unchallengeable authority to improve Hong Kong's electoral system at the constitutional level.

The statement also stressed that the decision greatly expanded the balanced and orderly political participation of all sectors of Hong Kong society and safeguarded the democratic rights of Hong Kong residents and the quality of democracy, showing its progressive nature.

It is believed that through the improvement of the electoral system, Hong Kong will be able to get out of the long-standing "political quagmire," focus on solving deep-rooted conflicts and problems, developing the economy, improving people's livelihood, integrating into the overall development of the country, achieving good governance and creating another miracle of development, the spokesperson said.

The Liaison Office of the Central People's Government in the Macao SAR on Thursday also voiced its strong support, saying the decision has a solid political and legal grounding.

The decision will be of great and far-reaching significance in safeguarding national sovereignty, security and development interests and achieving long-term prosperity and stability in Hong Kong, the spokesperson said in a statement.

HKSAR NPC deputies on Thursday also vowed to embrace the decision, saying it provides a fundamental basis for promoting the development of democracy in Hong Kong to keep pace with the times.

The lawmakers, in a joint statement, stressed that the NPC's passage of the decision to improve the electoral system of the HKSAR is a major event in the practice of "One Country, Two Systems" and in the development of Hong Kong's democratic system.

The decision clarifies the principles, directions and general framework for improving the electoral system of the HKSAR, in particular, the reconstructed EC fully embodies the principle of balanced participation and is more broadly representative, the statement read, adding that a democratic electoral system that is consistent with the actual situation in Hong Kong is being built.

"We will conscientiously fulfill our duties as NPC deputies, fully support the NPC Standing Committee in amending Annexes I and II to the Hong Kong Basic Law as authorized by the Decision, and fully support the HKSAR in making relevant local legislation."

The HKSAR NPC deputies also said they will reach out to the community to promote the interpretation of the NPC decision, help the Hong Kong community to accurately understand the spirit of the decision, listen to and reflect the views and suggestions of the general public, and jointly contribute wisdom and strength to the improvement of the HKSAR's electoral system.

This institutional arrangement conforms to both the principle of administering Hong Kong in accordance with the law and the actual conditions in Hong Kong, said Zang Tiewei, a spokesperson for the Legislative Affairs Commission of the NPC Standing Committee, on Thursday.

It is conducive to safeguarding China's sovereignty, security and development interests, the spokesperson said, adding that it will also help safeguard the constitutional order of the HKSAR as defined in the Constitution.

It is of great significance to ensure Hong Kong's enduring peace, prosperity and stability, Zang added.

Improving the electoral system of the HKSAR is imperative, according to a statement issued by the Hong Kong and Macao Affairs Office of the State Council on Thursday.

Both the national security legislation for Hong Kong and the improvement of Hong Kong's electoral system are aimed at fully and accurately implementing the principle of "One Country, Two Systems" and safeguarding the fundamental interests of the country and Hong Kong SAR, according to the statement, and are urgently needed to eliminate the political chaos in Hong Kong.

"It is also a fundamental solution to achieving enduring peace and stability in Hong Kong and ensuring the steady and lasting development of 'One Country, Two Systems'," it added.

Zhu Fenglian, a spokeswoman for the State Council Taiwan Affairs Office, on Thursday condemned remarks made by representatives of the Democratic Progressive Party (DPP) of the Taiwan region about the decision on improving Hong Kong's electoral system.

The DPP used the names of democracy and freedom for political manipulation of Hong Kong affairs, Zhu said, adding that its sinister intentions would not succeed.