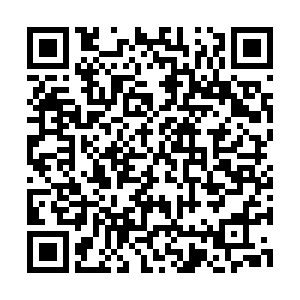 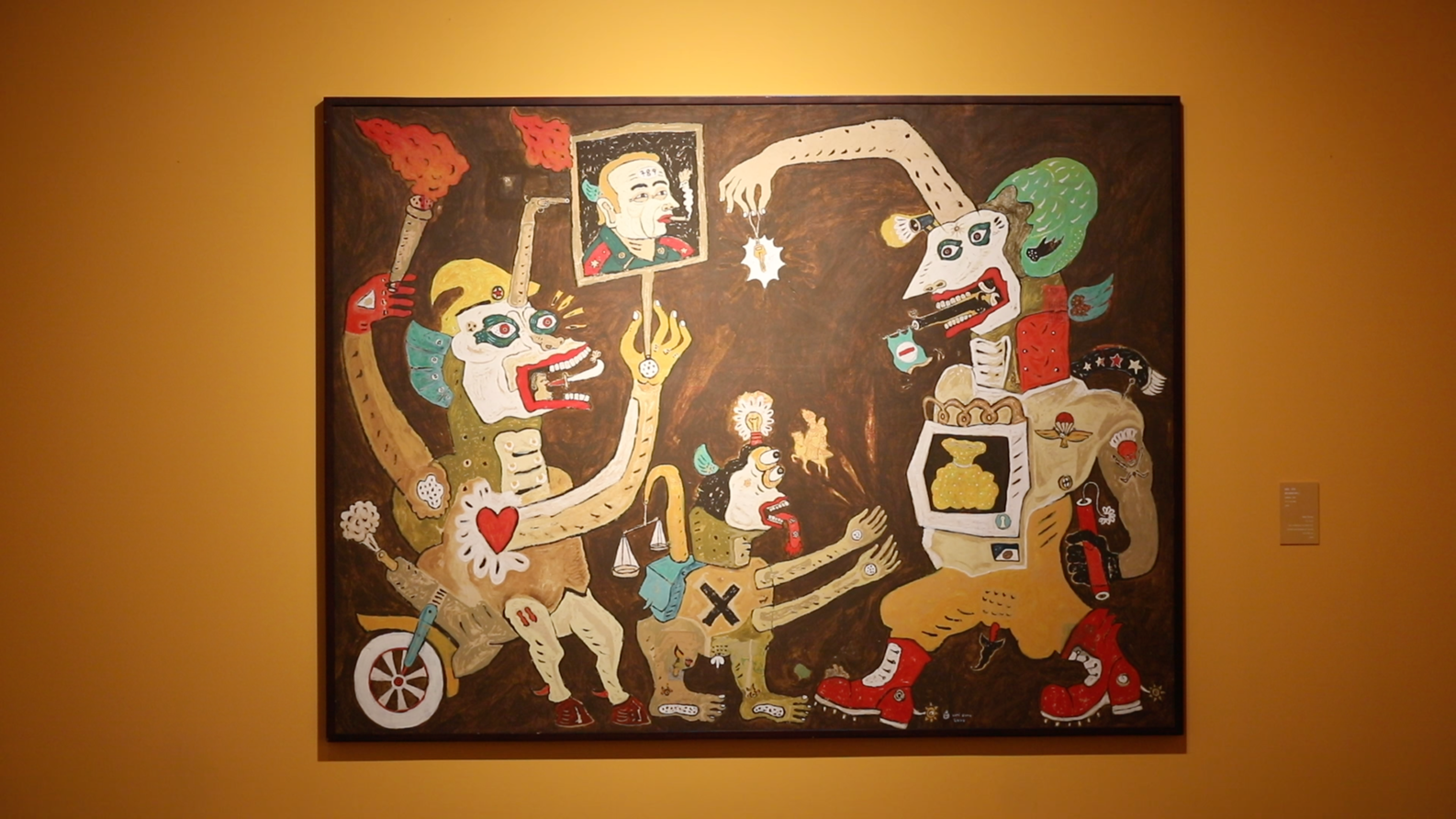 Indonesia, with its tropical climate and the largest population in Southeast Asia, is a rich repository of cultural treasures. It's home to diverse ethnic, linguistic, and religious traditions rooted in local cultures and also modern art, and the new exhibition "Meanders in the Tropics" showcases all of that.

Opening in Beijing, the exhibition features contemporary art from colonial modernity to recent times, with paintings, sculptures, and installations tracing sociocultural changes that have swept the archipelago since the early 20th century. 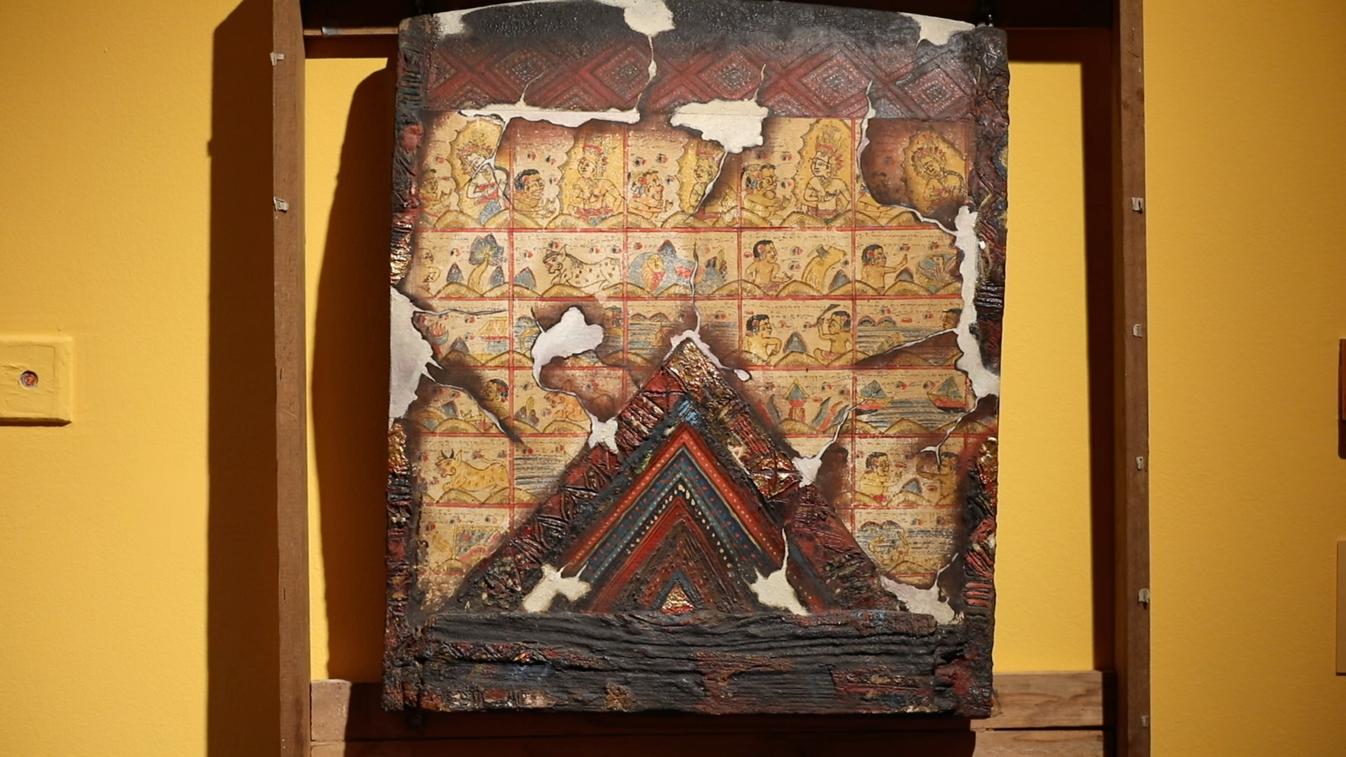 More than 70 artworks in the exhibition were gathered by Indonesian collector Deddy Kusuma. They are believed to be among the most representative pieces from the last 100 or so years.

"This sculpture features the temples of the past, a collection of ruins in history," introduced curator Su Dan. "Buddhism was once the largest religion in the country and resulted in many great Buddhist structures. Various civilizations influenced the country. Buildings would collapse when a certain civilization was replaced by another. The artist tries to reminisce about the disappeared civilizations in history." 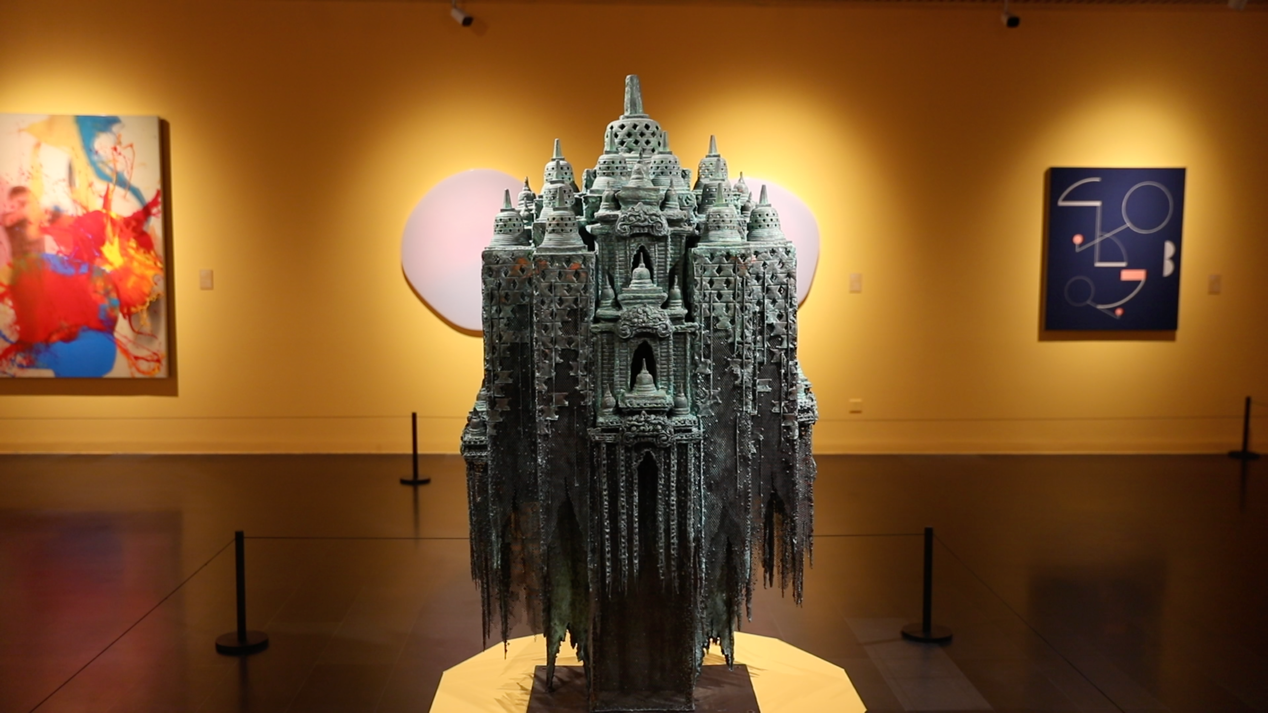 The exhibition is divided into four sections, showcasing different artistic styles and stages of social development.

The upswing of rebellious art movements throughout the 1970s was a turning point. Using photo-realism, a group of young artists challenged abstract lyricism, which was the dominant painting style of the era. 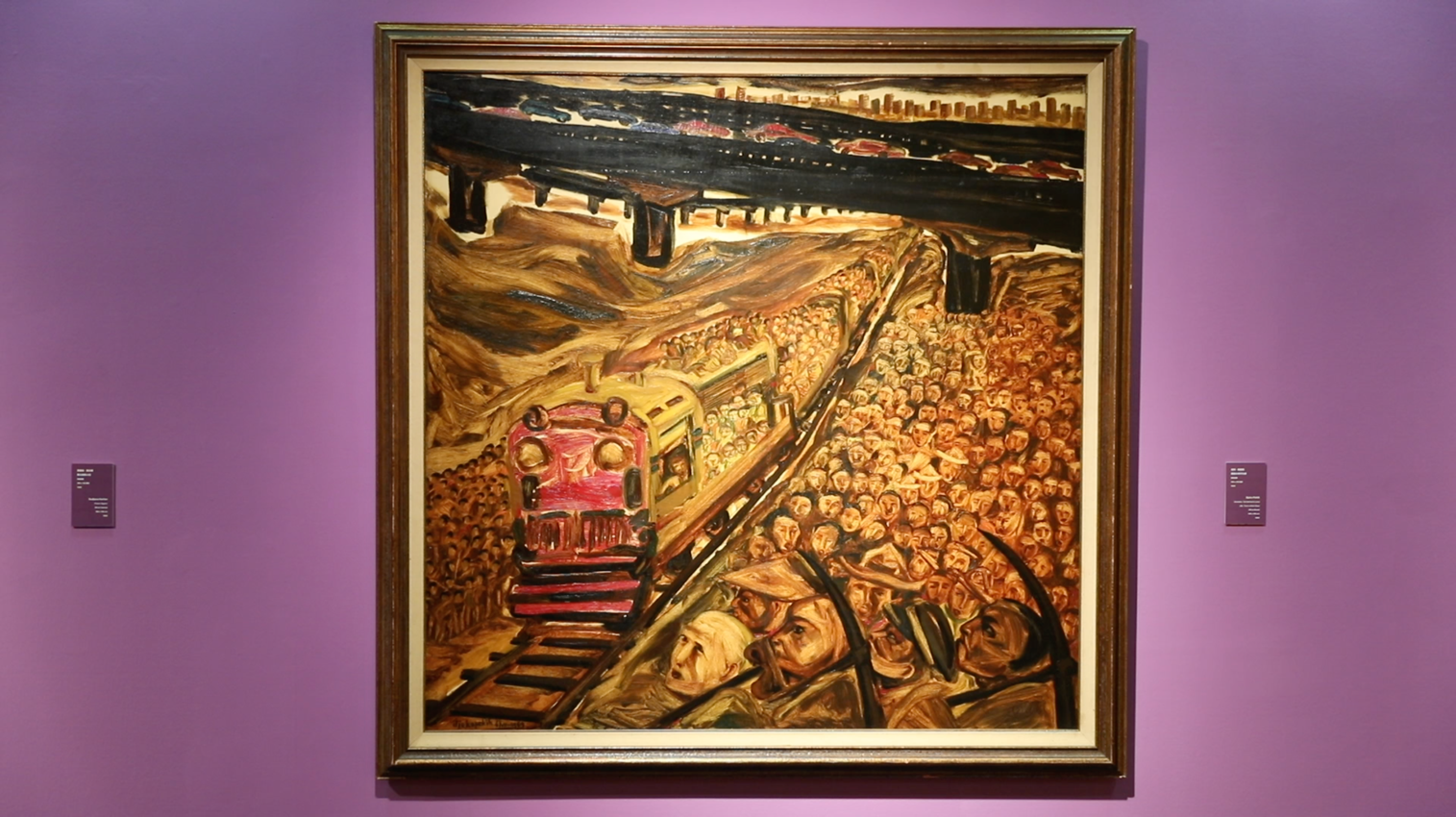 The painting "My Train's Brief Stop" was created in the late 1980s. It's a typical reflection of the social reality at that time.

Skyscrapers in the distance and speeding cars running on the highway symbolize industrialization. At the forefront, countless people try to get on a train that is already crowded. 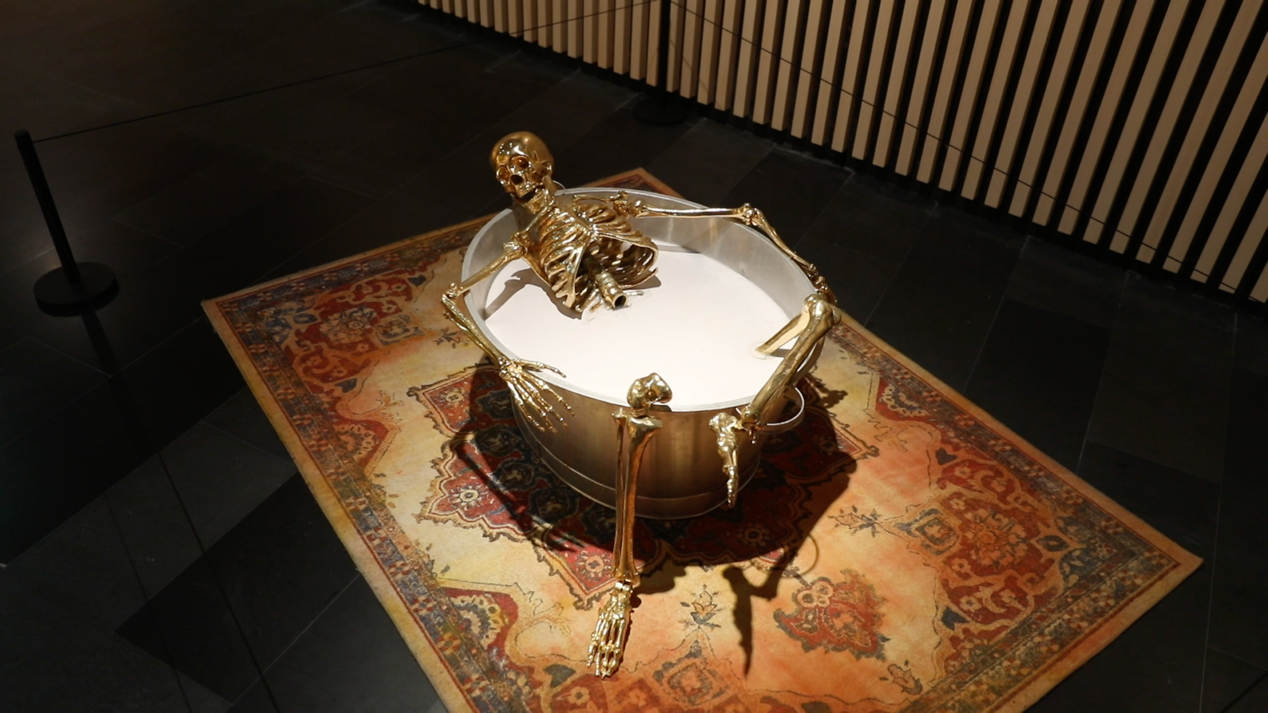 The biggest cluster of works in the exhibition are modern, from a time when Indonesian artists saw increasing opportunities to participate more actively in the international art world.

The exhibition runs through July 18 at the Tsinghua University Art Museum.