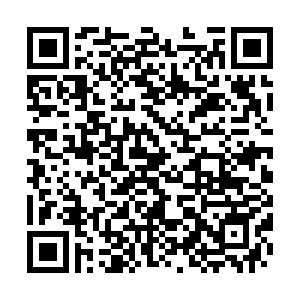 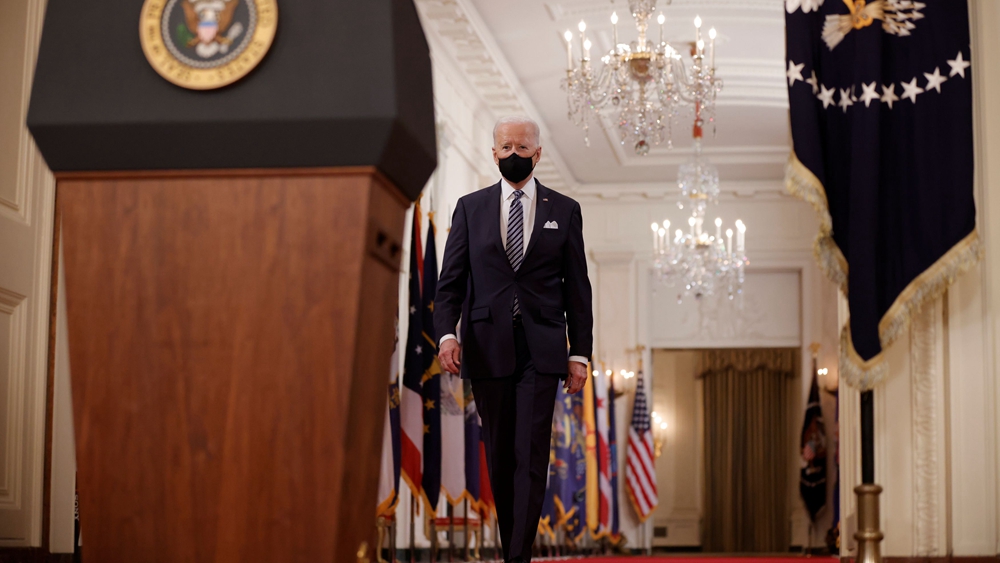 U.S. President Joe Biden on Thursday signed the $1.9-trillion COVID-19 relief bill into law, after weeks of partisan fighting in Congress, promising $1,400 checks to millions of households and extending unemployment benefits among other plans.

The House of Representatives had approved the measure in a starkly partisan vote of 220-211 on Wednesday. Last week, the evenly split Senate narrowly passed the bill by a vote of 50 to 49.

One of the largest economic stimulus measures in U.S. history, the bill includes funding for COVID-19 vaccination and testing, extra unemployment benefits, direct payments to working Americans, and support for small businesses, state and local governments, along with schools.

"This historic legislation is about rebuilding the backbone of this country and giving people in this nation – working people, middle class folks, people who built the country – a fighting chance," Biden said at the White House Oval Office.

A recent survey by the Pew Research Center showed that there is broad public support for the relief package, with 70 percent of Americans saying they favor the legislation.

About 530,000 people have died from COVID-19 in the United States, more than any other country, and coronavirus-related lockdowns and restrictions have cost millions of jobs.

Hours after he signed the bill, Biden said he would direct U.S. states to make all adults eligible for the coronavirus vaccine by May 1 and urged Americans to stay vigilant against the virus. 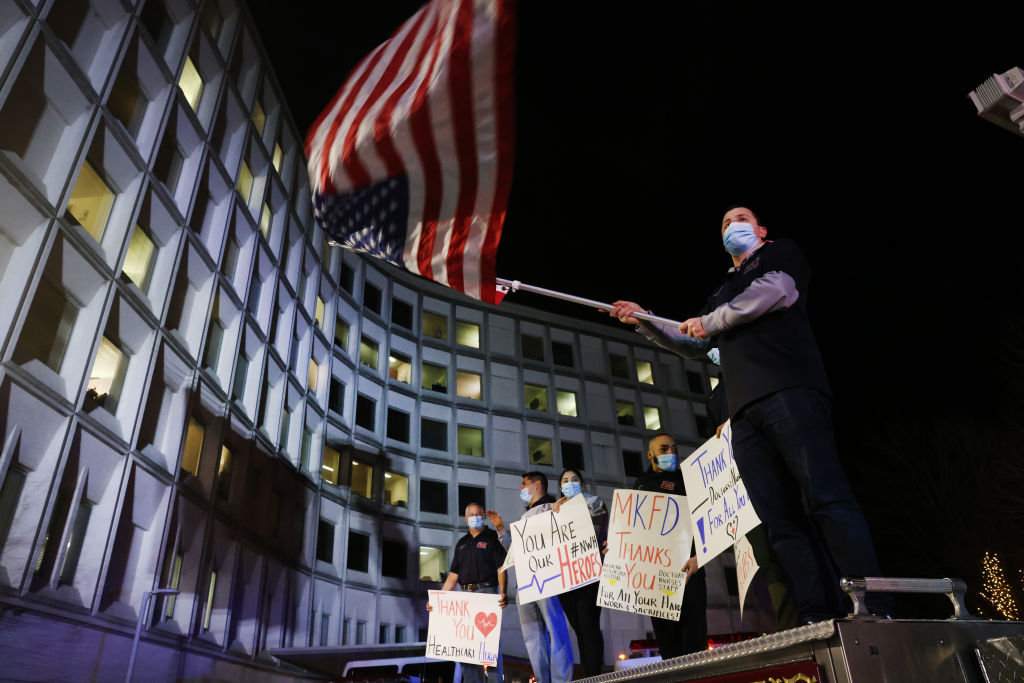 Firefighters, medical workers, first responders and members of the public gather in front of Northern Westchester Hospital to mark the one-year anniversary of the first COVID-19 patient admission to the hospital in Mount Kisco, New York, U.S., March 11, 2021. /Getty

Firefighters, medical workers, first responders and members of the public gather in front of Northern Westchester Hospital to mark the one-year anniversary of the first COVID-19 patient admission to the hospital in Mount Kisco, New York, U.S., March 11, 2021. /Getty

"This fight is far from over," Biden said in his first televised primetime address as president, marking 12 months since the coronavirus outbreak was declared a pandemic.

Biden said his administration was on track to reach its goal of delivering 100 million COVID-19 vaccination shots well ahead of schedule. About 10 percent of Americans have so far been fully vaccinated.

The president added he was working to speed up vaccinations to create a greater sense of normalcy in the country by the July 4 Independence Day holiday.

Biden said he was ordering U.S. states, territories and tribes to make all adults eligible to receive a coronavirus vaccine by May 1. The White House has said it would have enough vaccine supply to vaccinate the whole population by the end of May.

The president also said more U.S. troops would help in the vaccination effort, adding that families and groups of friends should be able to gather again in small groups by July 4, a holiday that many Americans celebrate with outdoor parties, hot dogs and fireworks.

Biden encouraged Americans however to keep up mitigation efforts – wearing masks, keeping socially distant and practicing good hygiene – to stop the spread of the virus as the pace of vaccinations increases.

(Cover: U.S. President Joe Biden arrives to deliver a speech on the country's fight against COVID-19 at the White House in Washington, U.S., March 11, 2021. /Reuters)