Download
Can French companies grab opportunity as China is set to open up further to EU?
By Wu Gang 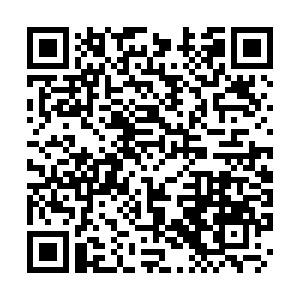 Discussions over opportunities and challenges the ground-breaking China-EU Comprehensive Investment Agreement might bring has been going on since the two sides finished the seven-year negotiations of the deal towards the end of 2020. While critics remain skeptical of China's sincerity in opening up its market, business people, especially those who have been investing in China for years, are excited for the greater accesses they may enjoy in the huge market.

In a webinar held in February by China Europe International Business School (CEIBS), the Paris Region Chamber of Commerce and Industry and Bpifrance, government officials, scholars and business representatives from China and France shared their views over the significance and impacts the deal may have on both sides. Many were thrilled that China is expected to further open up areas that French enterprises have an edge in, such as automobiles, cloud services and healthcare. Some reminded the business investors to also reflect on their past lessons, as German companies appear to be more successful than their French counterparts in certain markets in China. There is also doubt over China's possible withdrawal from the global trade and supply chains following desperate attempts by the U.S. to "decouple" from the world's second largest economy over the past year. Others assured that the major step China and EU have made this time have demonstrated the two sides' determination to thaw any "decoupling" attempts.

The following are excerpts of the online discussion, edited for clarity and length.

Xu: After seven years of negotiations, the China-EU Comprehensive Investment Agreement finally reached a principled consensus on December 30, 2020. Could you briefly share your views on this?

First, a fairer and more competitive market environment for EU companies in the Chinese market. Now there is a new agreement between China and the EU which satisfies the demands of EU companies for fair competition.

Second, the opening up of the investment field. Three of the areas open to the agreement are breakthroughs: the first is electric vehicles, the second is cloud services, and the third is private hospitals. In these areas, EU companies have considerable technological advantages.

Of course, the China-EU Comprehensive Investment Agreement cannot solve all problems. This agreement has also received a lot of criticism in Europe, but European companies, especially EU companies in China, welcome it. The agreement provides European investors with more confidence to operate and expand the market and obtain greater economic returns. The conclusion of the agreement also shows that in the current world full of turbulence and change, there is no better way to deal than a dialogue.

Ding: Before this agreement was concluded, Chinese enterprises already had new choices for FDI (foreign direct investment). This is especially true against the background of a potential decoupling between America and China, which triggered a lot of dissonant and disparaging rhetoric from Europe, making Chinese investors very disconcerted. The conclusion of this agreement has reassured them. This will help Chinese enterprises develop overseas and open the gates for them to invest in Europe.

What kind of business opportunities will this create for French enterprises entering China? This will depend on the evolution of the Chinese economy. What has happened to the Chinese economy in the past 20 years, and what will happen 20 years from now? In 2018 the total consumption in China has exceeded that of America and the Chinese service sector has been growing at a pace that is twice or three times faster than the manufacturing sector. Taking into account the speed of development of China's domestic consumption market and the speed of growth of the Chinese service sector, I think French enterprises do indeed have a chance to realize their transformational growth in China.

I know that French enterprises also believe in state intervention and hope that governments can do something for them. This is often not the case, however, as we can see from how German enterprises in China, mostly small- and medium-sized enterprises, have been developing the Chinese market on their own without any support from the German government for the past 20 or 30 years. Therefore, we still emphasize that enterprises should rely on their own strengths to tap into vast uncharted zones of the Chinese market by making use of local teams. This is an area in which I think French enterprises still have much to learn.

Dufourcq: Before we come to evaluating the agreement, please allow me to paraphrase the points of views from French entrepreneurs I know. They all think that it is an important agreement, but that it is still a baby step. Of course, the formation of this agreement is a very good beginning and it signifies that we have taken the right step in right direction.

Just now, Professor Ding noted a comparison between French and German companies and I think it is necessary to make a clarification. There are more than 2,600 companies which have received investment from France in the Chinese market, and more than 2,100 which have received investment from Germany, with 500,000 jobs being provided by the former and 550,000 jobs provided by the latter. As such, they are almost equal in terms of their market presence and therefore we cannot conclude that Germany is a country of entrepreneurial spirit and that France lacks it. At least, judging from the number of French and German enterprises on the Chinese market, French are as entrepreneurial as Germans, and they do not simply sit and wait for the government to intervene.

However, as investments from French enterprises are not as value-added as those of German ones, the automobile and manufacturing equipment industries have taken full advantage of the economic boom in China. It is precisely because of this reason that the market share of German enterprises is almost three times that of French enterprises, and this is precisely because the French have missed the rise of the automobile industry in China, which was a great pity.

Lu: It is true that I have noticed that in Europe and France people like to talk about being on an equal footing with Chinese companies. The conclusion of this agreement has been described by some as a geopolitical victory for China. I think it is not only a geopolitical victory for China but also one for the EU. The concessions made by China in this agreement were not made because European companies needed to be on equal footing. This was a voluntary choice made by China itself, for the purpose of opening up and for European and Chinese entrepreneurs to make more proactive investments in each other's markets.

Xu: In China's financial market, the share of foreign capital is only 6 percent. Do you think that this China-EU investment agreement will create a historic opportunity for French enterprises entering Chinese market?

Xu: How do you view the chances for cooperation mentioned in this agreement in the areas of medical services and education, including vocational education?

Kling: French enterprises used to worry that their technologies might be stolen by their Chinese rivals. But, with this agreement, we can see so many economic areas being opened up, which is an indication of China's confidence in the quality of its economy. It is no coincidence that China is able to do this, because it is already the country with the largest number of patents. The fact that it has made such progress in the area of technological transfer signals a breakthrough for the Chinese market. As a result, if European and French companies go to China today, they no longer boast the advantages they used to because Chinese enterprises are already on the same starting line with them. We need to bear this in mind. This is how we have introduced the Chinese market to our member companies. China is not a technological laggard at all. If you are going to invest in China, you must do market research in advance and know where you have a competitive advantage and why you are needed in China.

Xu: One of the sectors opened for investment as agreed upon in this agreement is the automotive sector. In 2020, the total output of electric vehicles was 1.2 million, out of which 120,000 were produced by Tesla, accounting for 10 percent of the market share. Then, there are the automotive brands from Germany and China, but we rarely see any French manufacturers. What do you think are the areas of competitive advantage for French enterprises?

Dufourcq: This is a very sharp question. Indeed, we have to make some distinctions in our comparison of the German and French automotive industries. In the automotive sector, we rarely hear about the existence of Renault or Peugeot in the Chinese market. French car manufacturers have fall significantly behind Tesla and German brands such as Mercedes Benz and BMW. However, all these manufacturers, including Chinese brands BYD and Geely, have their electronic parts supplied by Valeo, the French company. Valeo has over 35 factories in China. As well, there is a French semiconductor manufacturer called STMicroelectronics which is very influential in the area of electric vehicles and I'm one of its board vice chairmen. It provides electronic parts for German automobile manufacturers in China, for Tesla and for electric vehicles in China. Neither of these enterprises are vehicle manufacturers and people do not know much about them. But they are indeed very active in this field, and we create huge value in this area. So, judging from this perspective, France is indeed very competitive in the electric vehicle sector.

Another question that has been troubling French enterprises is the decoupling between China and America. If our Chinese entrepreneurial friends have come to feel that the Chinese market is powerful enough to support its own economy, and no longer needs anyone else, this would indeed be important for French enterprises because these French multinationals have always believed in free trade and have relied heavily on overseas markets. The agreement reached on December 30 serves to refute the decoupling trend, conveys a wish for more cooperation between our entrepreneurs, and is a silver lining in the gloom of decoupling.

In general, decoupling is a terrible reaction to history, but we know that this should not be ascribed to China and China should not be held accountable. It has been imposed upon China by the United States and its extraterritoriality, and we firmly oppose it. Due to American extraterritoriality, STMicroelectronics cannot supply Huawei and the resulting economic loss in revenue opportunities has been almost 1 billion euros ($1.19 billion). That is not a small number!

Ding: Decoupling is a very serious issue, and China's role in the international supply chain cannot be easily changed. In China, there are also some public figures calling for sanctions on certain countries and for cutting the supply chains of certain products from certain countries. If so, it would set a very dangerous precedent and some global enterprises would feel that, in the event of minor changes, their R&D chains, industrial chains and developmental chains would be unsafe. Therefore, only if China maintains the unobstructed flow of the world industrial chain and ensures the free flow of supply chains can the market attraction of China persist.