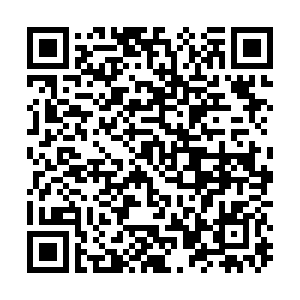 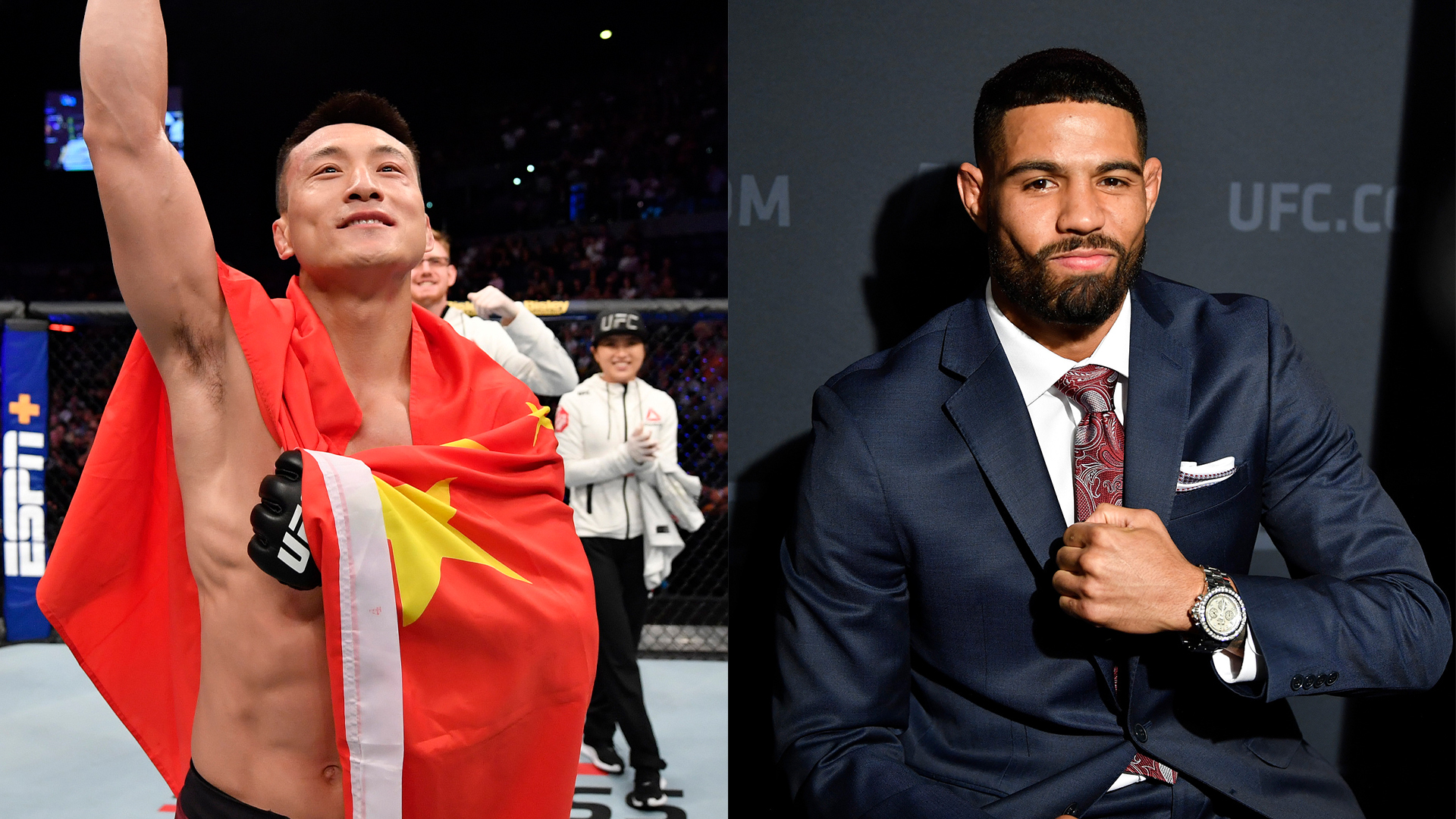 Resting for 13 months, "The Assassin" Song Kenan of China will launch his sixth fight in the Ultimate Fighting Championship (UFC) on March 21 morning (Beijing Time) during the main card of UFC Fight Night: Brunson vs. Holland event at the UFC Apex in Las Vegas.

Song will face Max Griffin of the U.S. in a welterweight bout, and before that, the quiet man has bagged four wins, including three knockouts since joining the UFC in 2017.

Song and Griffin both have a height of 183cm, but Griffin's reach is 11cm longer than Song's. However, the Chinese is five years younger than the American and has a better UFC win rate as Griffin lost six of all ten matches in the Octagon during the last five years.

In a pre-match interview held online on March 12, Song talked about his opponent, "I've seen many of his match videos, and I know he used to fight with some tough fighters like Colby Covington, Thiago Alves, Alex Oliveira, and so on. He has very good boxing skills and knows well how to react against the cage. Besides, he also has excellent stamina and strong will." 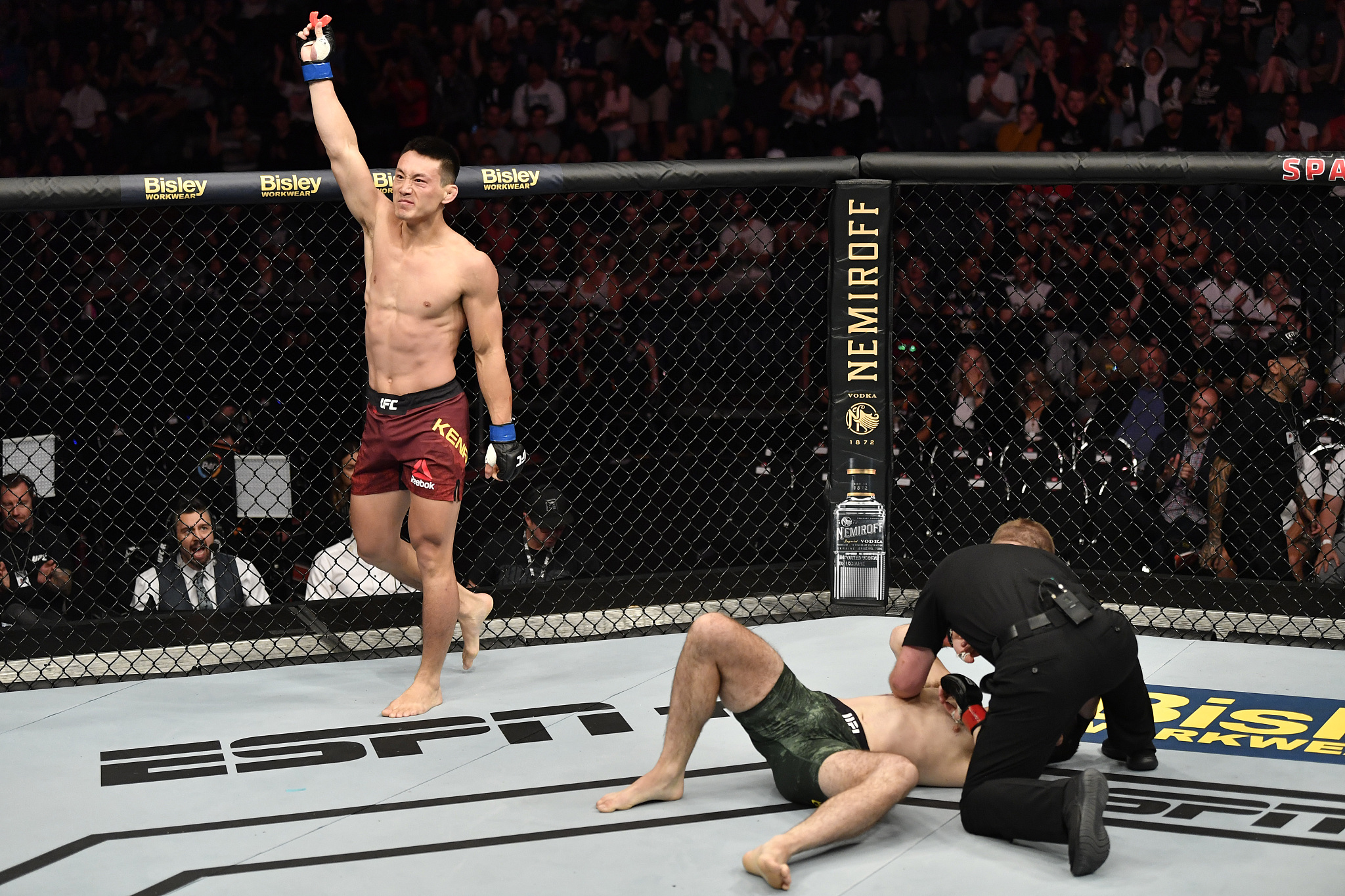 Song Kenan of China celebrates after his victory over Callan Potter of Australia in their welterweight bout during the UFC Fight Night event at Spark Arena in Auckland, New Zealand, February 23, 2020. /CFP

Song Kenan of China celebrates after his victory over Callan Potter of Australia in their welterweight bout during the UFC Fight Night event at Spark Arena in Auckland, New Zealand, February 23, 2020. /CFP

For their latest fights, Song knocked out Australian Callan Potter with storm-like punches midway through the first round of a welterweight bout during the UFC Fight Night: Felder vs. Hooker in Auckland, New Zealand, on February 23, 2020, and for Griffin, he won over another American Ramiz Brahimaj by doctor stoppage at the bout's last-minute in UFC Apex on November 7, 2020.

During the last two years, Song always trained at the UFC Shanghai Performance Institute, and he felt he has improved in aspects of skills, strategies, stamina and will there. In the past year, without any match, Song still kept his competitive condition.

Currently, Song has arrived in Las Vegas for three days, and he said he had already beaten the jet lag and ready for the weigh-in. He expressed his wish for the upcoming scene as well, "I want to finish him, and if I win this time, I want to meet the fighters in top-15."

(Cover: Song Kenan of China and Max Griffin of the U.S. /CFP)