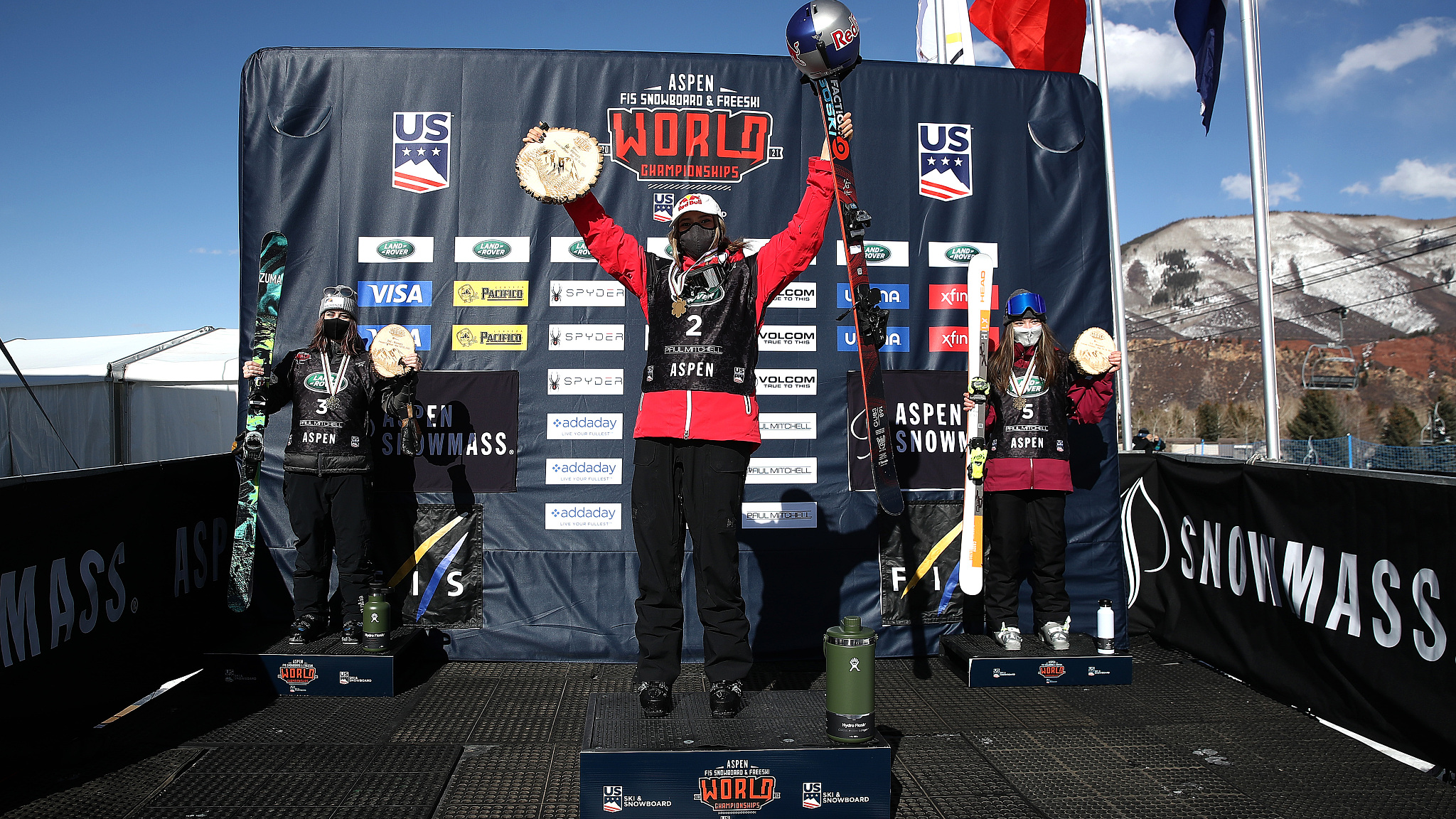 The double Youth Olympic gold medalist struggled in qualification for the women's skiing halfpipe and only sneaked in seventh of the eight finalists. But the 17-year-old clawed back to win the title and become the first Chinese to claim a medal in the event on Friday.

The Youth Olympic and X-Games champion took on the Buttermilk tube without the use of ski poles as she broke a hand a few weeks prior to the championships and was competing without them for the first time. Gu scored 93.00 points in her first run and finished with three of the top five scores of the day as she received 92.50 points and 89.00 in her second and third runs.

The event's top qualifier Rachael Karker of Canada, who scored 91.75 points in her third run and finished second, knocked Britain's Zoe Atkin down to bronze on her final run.

American-born Gu became China's first naturalized skier in 2019, before she won golds at the 2020 Lausanne Youth Olympics in both big air and halfpipe.