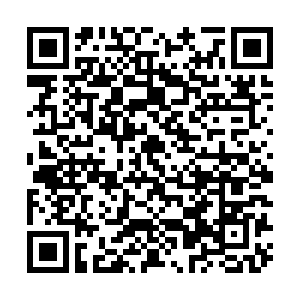 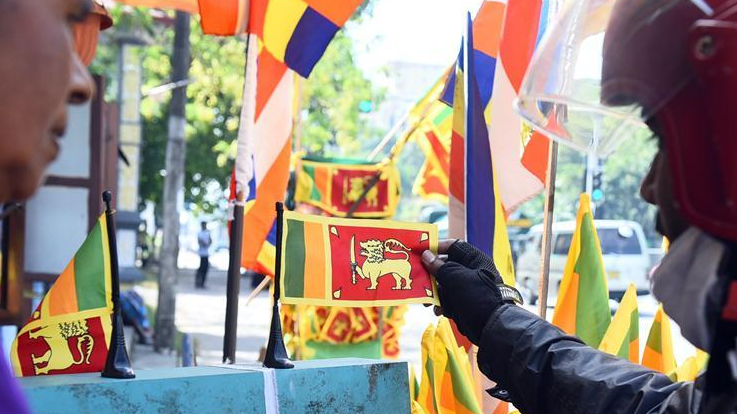 A Sri Lankan man buys a national flag at a small shop in Colombo, Sri Lanka, January 29, 2020. Photo for illustrative purpose only. /Xinhua

A Sri Lankan man buys a national flag at a small shop in Colombo, Sri Lanka, January 29, 2020. Photo for illustrative purpose only. /Xinhua

The Chinese Embassy in Sri Lanka has asked concerned authorities in Beijing to "investigate" inappropriate advertising of Sri Lanka's national flag on Amazon.

The reaction came after Colombo raised concerns with Beijing over the sale of Chinese-made doormats featuring the island nation's flag on the American retail platform and sought an inquiry.

"It is China's consistent stand that the national flag is a country's symbol, which must be fully respected. The Embassy is aware of some concern about inappropriate advertising of Sri Lanka flag on Amazon, which has been conveyed to related Chinese authorities for investigation and necessary measures accordingly," the Chinese embassy said in a statement on Friday. 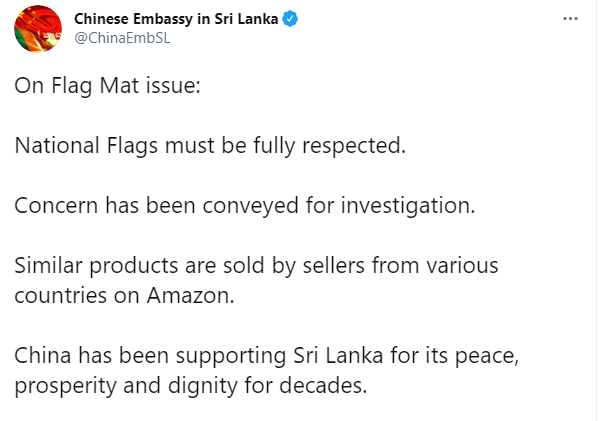 A screenshot of the tweet on the topic by the Chinese Embassy in Sri Lanka. /via Twitter @ChinaEmbSL

A screenshot of the tweet on the topic by the Chinese Embassy in Sri Lanka. /via Twitter @ChinaEmbSL

The Sri Lankan Foreign Ministry had earlier said it had brought the matter to the notice of the Chinese embassy in Colombo and also asked its own mission in Beijing to track down the manufacturer.

"The company which marketed the product on Amazon was requested by letter from the embassy to immediately cease selling the doormats and any such products, misusing the Sri Lanka flag," the Sri Lankan embassy in China said in a statement on Sunday.

Sri Lanka on Sunday also lodged a formal protest with Amazon asking the retail giant to take down bikinis, briefs and doormats featuring the nation's lion flag from its site.

Colombo's embassy in Washington has, meanwhile, complained to the U.S. government over what it called a "violation of Sri Lanka's intellectual property rights."

However, a quick search on Amazon on Monday showed many retailers were still selling doormats that had the national flags of not only Sri Lanka but several other countries including China, the U.S. and the UK as a theme, a point also highlighted in the Chinese embassy statement.

"It is also learned that thousands of similar products with flags of various nations, manufactured by sellers from different countries, are available on this global online retailer," the statement said.

Screenshot of a search on Amazon.

Screenshot of a search on Amazon.

The non-slip doormats on Amazon are priced between $10 and $24 while the flag-printed briefs and bikinis are available in the range of $9.20 to $17.30.

The Chinese embassy emphasized that "as an all-weather friend and a closest partner, China has been respecting and supporting Sri Lanka for its peace, prosperity, and dignity for decades, no matter in bilateral fields or international fora."

Sri Lanka, a Buddhist-majority country, is sensitive to what it sees as a misuse of its national flag, and also of Buddhist symbols.

American rap star Akon was barred from entering the country in 2010 over one of his music videos, which showed scantily clad women dancing in the presence of a Buddha statue.

And in 2019, a Muslim woman was jailed for wearing a dress with an image of a ship's steering wheel, that was misconstrued as the Buddhist Dharma Chakra.