Download
Syria crisis 10 years on: Facing a pandemic in a war zone
By Michal Bardavid 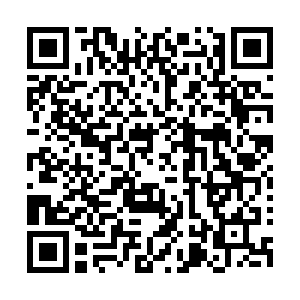 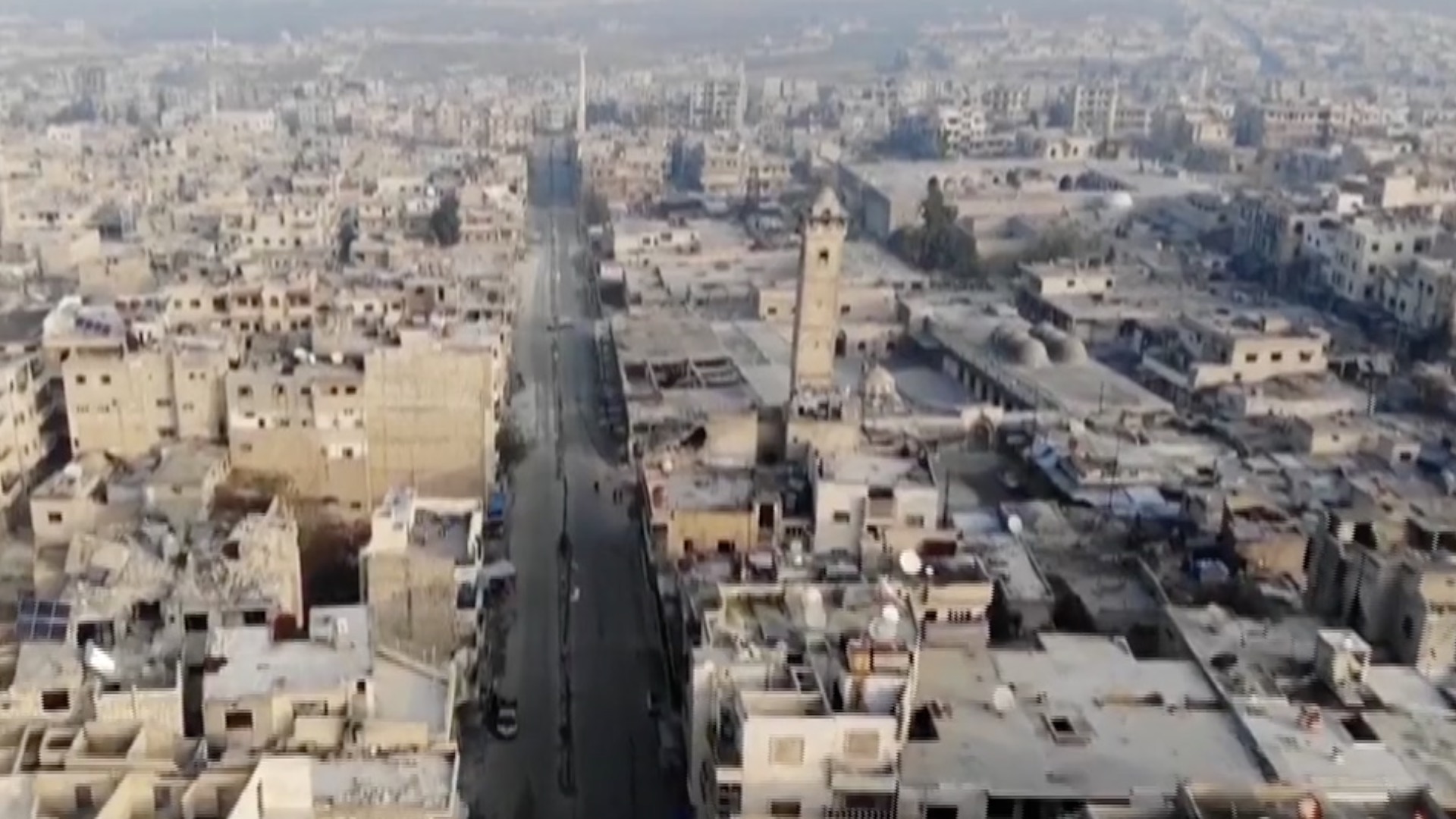 "I felt like my family was dying in my arms not having found a bed for them in the hospital" said Muhammed Qazmouz, a high school student living in Syria's Idlib province, though he's hardly been able to attend his studies during the last few years due to the war.

He lives together with his parents and two brothers. In this family, he was the first to get infected with COVID-19.

Though he isolated himself after showing symptoms such as fever, it was too late – the virus spread within the household and first infected his father, and a few days later, his mother too. 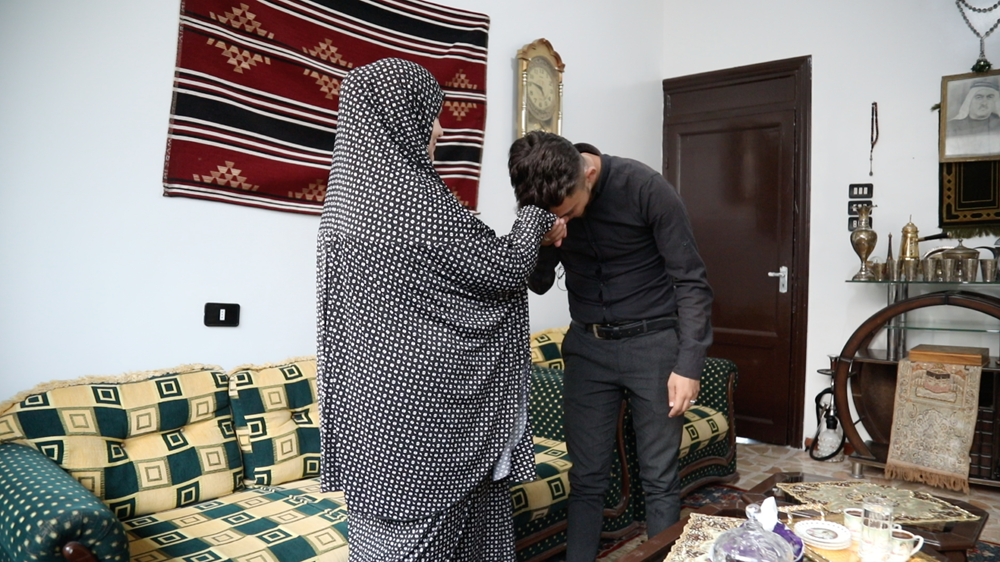 Muhammed Qazmouz pays respect to his mother at their home in Idlib, Syria. /CGTN

Muhammed Qazmouz pays respect to his mother at their home in Idlib, Syria. /CGTN

After 10 years of war, operational medical facilities have become rare in Syria. Muhammed struggled to find treatment for his family, as all the beds in hospitals in Idlib were full. "I felt helpless," Muhammed said.

Thankfully, the Qazmouz family survived COVID-19, but Muhammed said they still live in fear as they "are constantly exposed to danger here, whether from airstrikes or lack of food or now even viruses and epidemics."

The war has traumatized millions living in Syria, and the triggers are still ongoing. Muhammed said there is much to be afraid of. 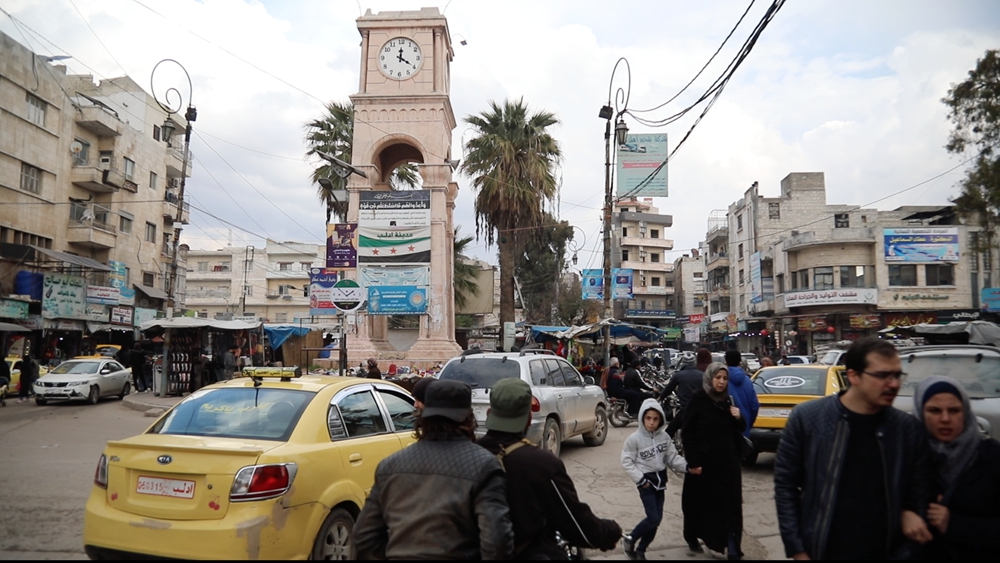 A view of the street in Idlib, Syria. /CGTN

A view of the street in Idlib, Syria. /CGTN

In Syria, the number of COVID-19 cases is unknown, because reliable data is unavailable. At first sight, in the busy streets of Idlib, it's hard to notice the presence of COVID-19.

Most locals are not wearing masks. However, some are very much aware of the significance of taking protective measures against the virus.

Mohamed Yousif is a father of three and owns a clothes shop in Idlib. He believes his actions have kept his family safe so far. "I'm someone who is at risk because of my work. I deal with many people on a daily basis. But I didn't get the virus nor did any of my family members because of the three measures we are following: social distancing, wearing masks and disinfecting our hands," said Mohamed. 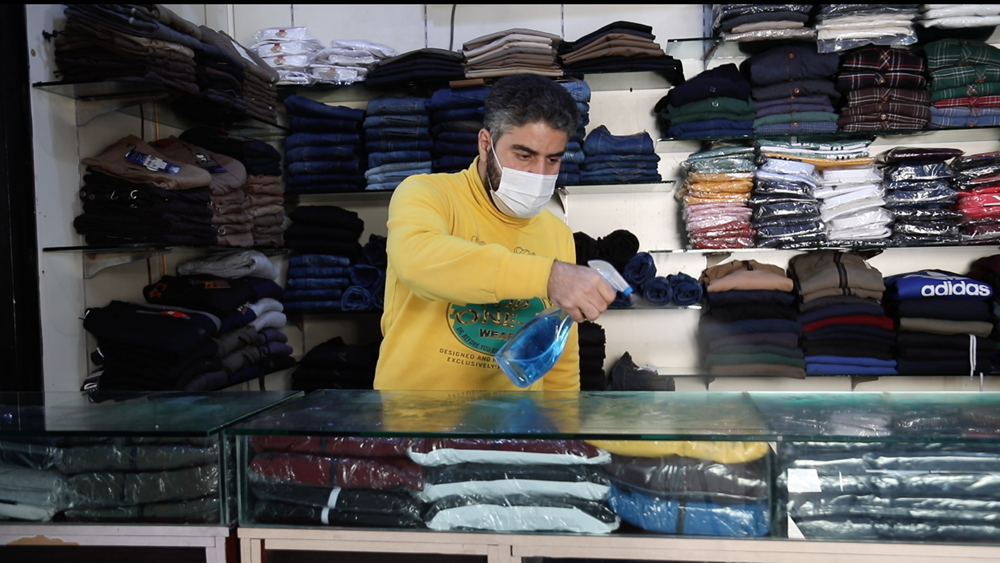 But in a city where war has left many without employment and scrambling to get by, everyday use of disinfectants is considered a luxury most cannot afford.

Meanwhile, as many countries around the world were forced to impose lockdowns while trying to contain the virus, Mohamed said this is not an option for people in Idlib.

"If I close my shop for a couple of days, I would go hungry."

Despite the deadly impact of COVID-19, which has killed more than 2.6 million people, for Syrians, there is nothing worse than war.

"People are dealing with viruses, but once there is an airstrike about to drop bombs, everything is forgotten, and people only want to protect their family from getting killed," said Mohamed.