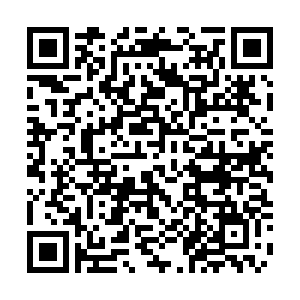 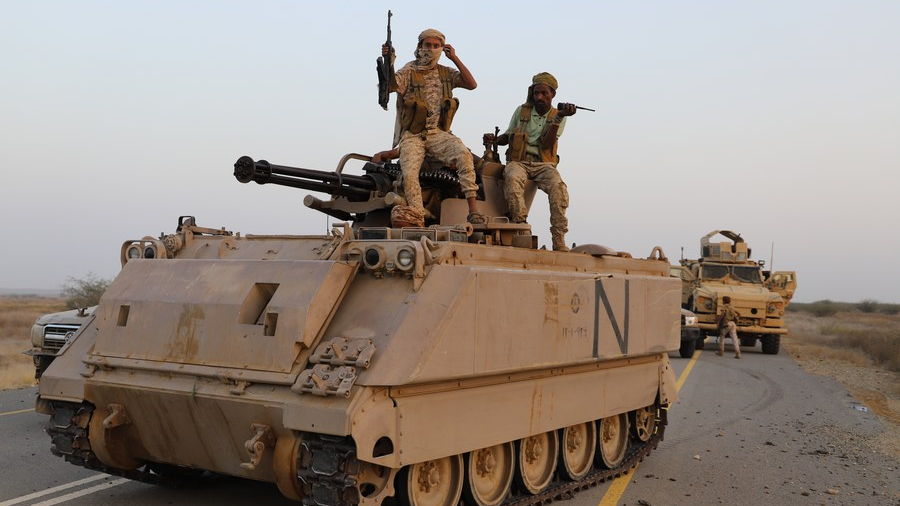 Soldiers of the Yemeni government sitting on armored vehicles as they launch an offensive against the Houthi rebels in Abs district, Hajjah Province, north Yemen, March 12, 2021. /Xinhua

Soldiers of the Yemeni government sitting on armored vehicles as they launch an offensive against the Houthi rebels in Abs district, Hajjah Province, north Yemen, March 12, 2021. /Xinhua

There are many problems with the Biden administration's new ceasefire proposal for anyone who has followed Yemen's civil war since 2015.

The proposal doesn't take into account the fact that the blockade, in the midst of a coronavirus pandemic, is still in place despite repeated warnings by the United Nations that 400,000 children will starve to death this year. The botched initiative does not reflect the U.S. military’s role in maintaining the Saudi blockade.

President Biden's special envoy for Yemen would like to claim otherwise. He thinks that by taking the wrong path he can lead all of the warring factions to the right one. Upon returning from his lackluster trip to the region on March 13, Timothy Lenderking blamed the Houthis for his failure to reach a ceasefire. He said the proposal "has been before the Houthi leadership for a number of days" and praised the Saudis for what he said is a commitment to "a unilateral ceasefire."

As maintained by Houthi spokesman Mohamed Abdulsalam, however, Lenderking's proposal is not designed to end the blockade, which is what the Houthis demand, as it would only partially open Sanaa airport to select destinations through permits issued by Riyadh.

Here is a look at some key points about the new development and the reasons why the blockade and the blame game need to come to a decisive end as established by UN authorities.

According to the UN's World Food Program, the Saudis have not allowed a fuel ship to dock in Hodeidah since January 3 and the lack of fuel is impeding food, medicine and other essential supplies. Worse still, Lenderking denies the reality and downplays the humanitarian impacts of the U.S.-backed embargo.

In the current atmosphere, expect widespread famine in the coming months. The long-term prospects would be even worse, particularly in the north, where the blockade has reportedly spurred widespread anger, even among those supporting the U.S.-backed Saudi-led coalition.

The siege has failed to stop the Houthis from launching cross-border missile and drone attacks inside Saudi Arabia. The Saudis also continue their aerial bombing campaign. This clearly shows that all of the warring factions are not committed to any ceasefire proposed by the U.S. The horrific suffering caused by their fighting does not comfort with international humanitarian law. The slight easing of blockade is not enough to alleviate the humanitarian crisis. This is one of the primary causes of the problem. 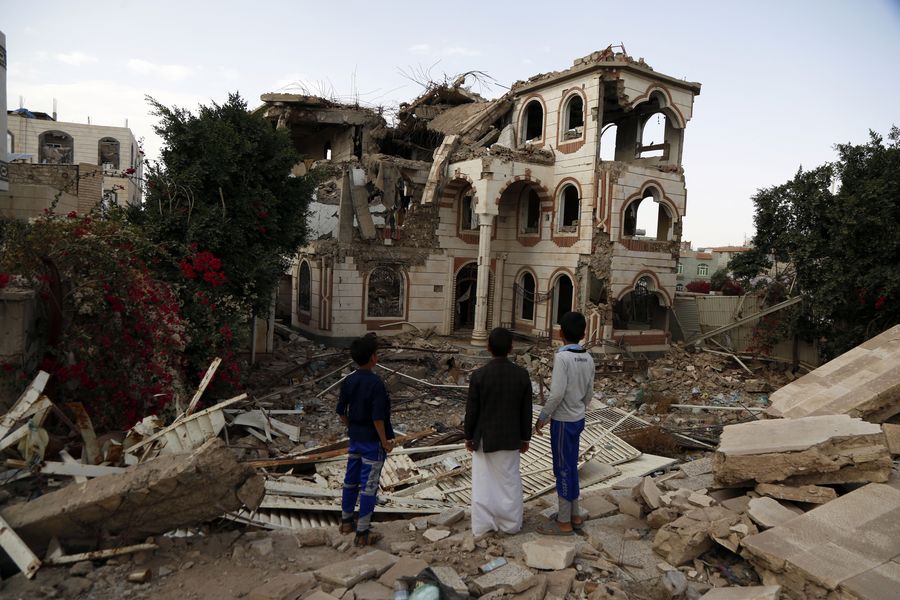 Children stand in front of a destroyed building in Sanaa, Yemen, February 14, 2020. /Xinhua

Children stand in front of a destroyed building in Sanaa, Yemen, February 14, 2020. /Xinhua

Without naming any particular country, some political leaders claim they remain steadfast in their support of the Yemeni people and ceasefire, but they are not prepared to either reduce or cut off arms supplies, even under their own rules and common values. Under the universal code on military exports and legislation, weapons sales are forbidden if they undermine peace, security and stability in the Arabian Peninsula.

Arms sales and supplies to all warring factions, including the Houthis, have damaged Yemen's infrastructure and crippled its health system, all while emboldening extremist forces in the region. There is a legal basis for the exporting countries to keep human rights at the center of their foreign policies and to backtrack on their arms export licences. They are not in a position to dictate policy or be the exporter of "democracy" in Yemen.

The choice now is between resolution and complicity. All possible means and diplomatic channels can be exhausted to lift the blockade and allow unhindered humanitarian and commercial access to millions of civilians in need. There is a way to end this folly with no strings attached. History has proved many times that the path of military conflict was often the wrong path.

It is incumbent on the civil society to step in. There is a reasonable and legal basis for the UN to call for a ceasefire and a diplomatic resolution of the conflict. Humanitarian aid is not the ultimate solution to this catastrophe; only a binding ceasefire deal and peace process can halt the horrendous human suffering. The UN could devise a common position on this matter to be credible in its promotion of humanitarian law and dialogue-based approach to Yemen's conflict resolution and reconstruction.

Moving in this direction is not going to be easy, but it's possible. The UN has many reasons to intervene and use the leverage it has on all sides. That's the only way to generate far-reaching legal effects and be true to its own traditions. The greatest tragedy is to be a reluctant world body.

The case for Lenderking's ceasefire proposal is particularly noteworthy, as in many respects the cost of the U.S.-backed blockade is being measured in the number of lives that are lost in Yemen. Within this context, the only option is for Washington to stop maintaining the blockade and supporting the conflict.

All parties to the conflict have been able to come to terms with this bitter reality that has gone on for over six years. They must reject the glorification of violence as nobody will win. By towing the wrong path, they have only alienated the Yemeni people and pushed their country closer to implosion.