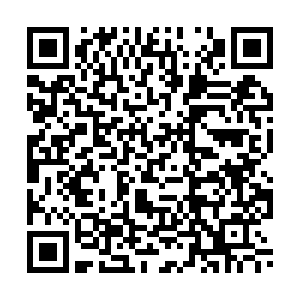 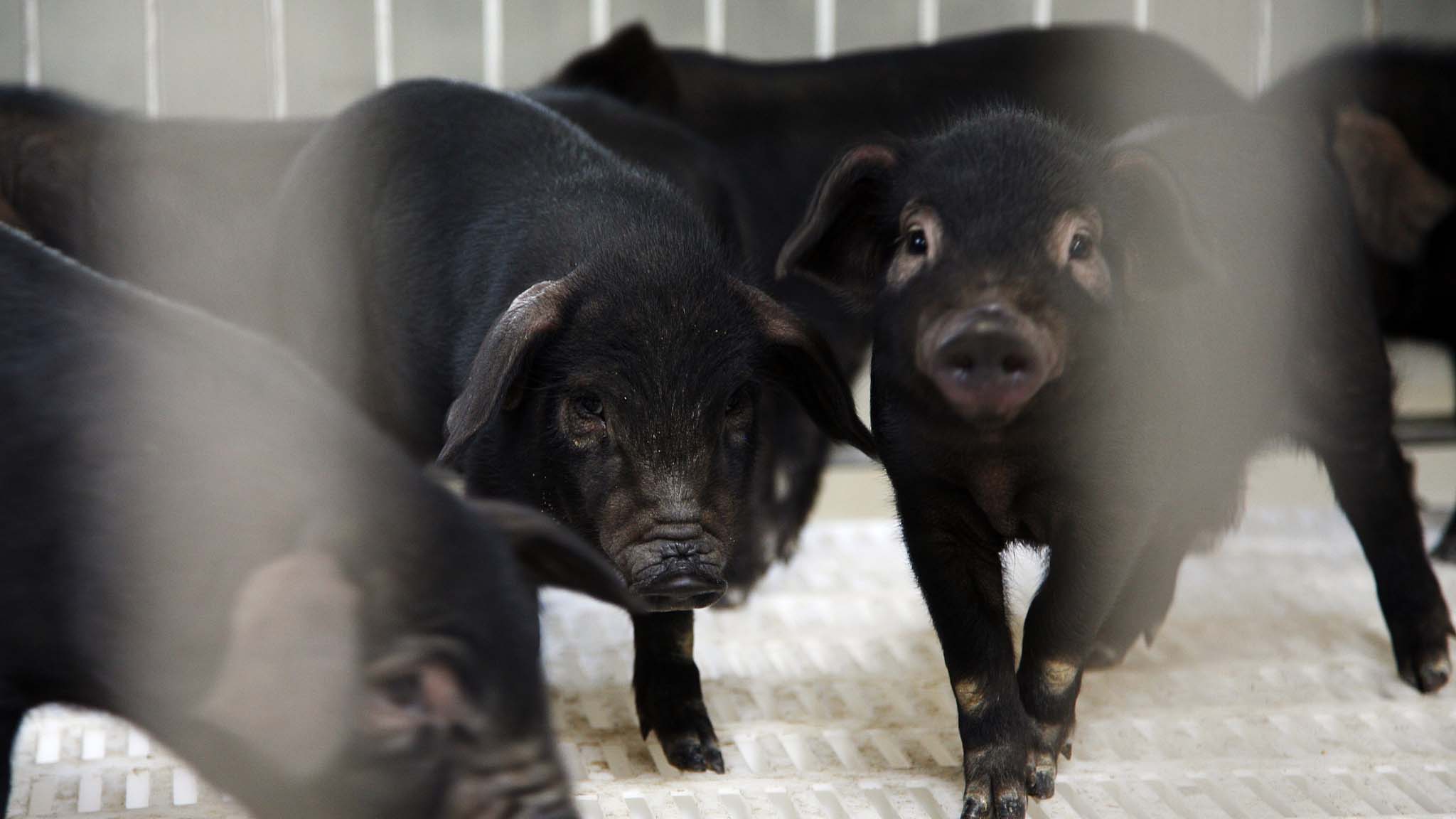 The prefecture's Zhaojue County is creatively constructing a shared pigsty model for farming Wujin pigs, a type of black pig that has been around for hundreds of years. Before, households only bred them for personal consumption.

"One of the main reasons villagers raise pigs is to slaughter them during the Chinese New Year," said Wang Liangping, deputy head of Zhaojue County in Liangshan. Each household can earn about 5,000 yuan ($770) per pig in income, 1,000 yuan more than the extreme poverty standard of a yearly income of 4,000 yuan per person under the current Chinese standard.

"And so, we need to mobilize the enthusiasm of farmers to encourage them to raise more pigs," Wang said, adding that each household could double their breeding capacity from the previous average of two to five pigs per pen.

According to Wang, villagers can choose to manage their pigs themselves in the shared place or have them managed by the staff for a fee if they want to migrate to work.

This is good for ecological protection purposes, as pig feed and feces are treated at the pigsty and adhere to the national standards, Wang said. For the longest time, the market recognition of Wujin pigs in Liangshan has been hindered by the region's remote location, inconvenient transportation, scattered farming methods and a lack of branding.

In 2020, the annual production of Wujin pigs in Zhaojue stood at 200,000. Raised free-range, organic and packed with rich amino acids, the pigs attracted many consumers.

"We need to deepen our industrial chain to increase the pigs' added market value," said Wang.

She suggested that making them into sausages and bacon could also help increase the income of locals.

"We also have to attract investment from companies with relevant knowledge in order to build places for pig breeding here. Most importantly, we need to go looking for orders," she said. 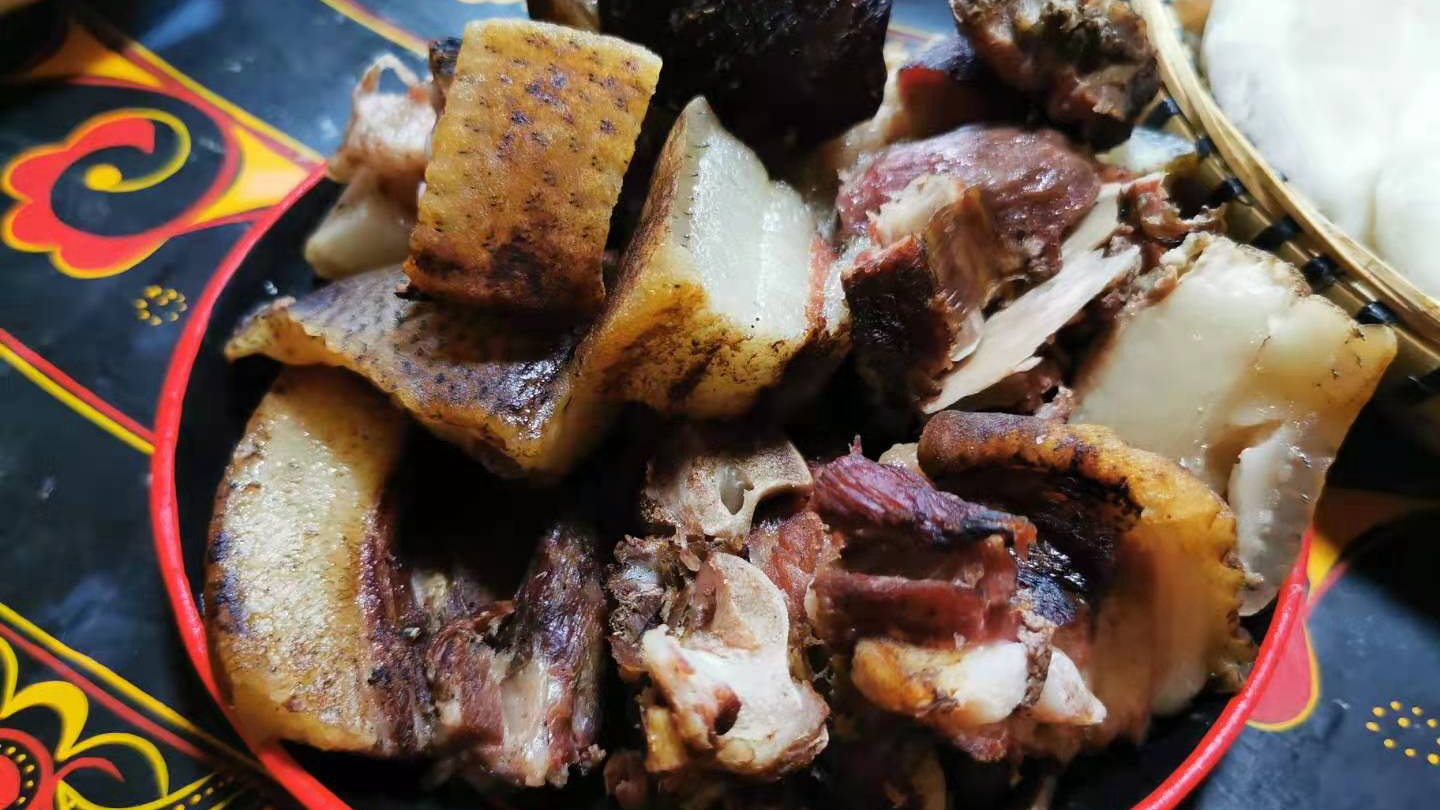 Bacon made from Wujin pigs. /CGTN

Bacon made from Wujin pigs. /CGTN

Liangshan Danongguo Ecological Agriculture is already getting repeat customers through its experience stores in cities, where people can try out the pork for themselves.

The firm said the entire process to make Wujin pork an industry, from breeding the pigs until they hit the market, has to be standardized.

Consumers in the cities can pre-order the pork products. Through advanced booking, they can get better prices or discounts on the pigs, said Zhang Shuai, chairman of the firm.

Then related information will be passed to the county for farmers to raise the ordered pigs, Zhang said. "We will then buy them back from the farmers at a price higher than the market average."

Besides physical experience stores, the firm also promoted its pork products via e-commerce platforms to create a stable customer base, Zhang said.

He believes that the consumer market for the high-end black pigs in China is promising.

"Say if we use a 5-percent figure of the country's total consumption of pigs [in 2017], it comes up to about 30 million pigs. And when it comes to these kinds of native black [Wujin] pigs, the number is even less. Thirty-million is a huge market," he said.