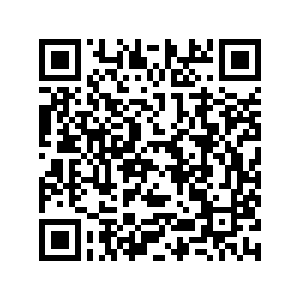 The European Commission has proposed coronavirus passes for residents, which would enable free travel across the bloc by mid-June.

Formally known as digital green certificate, it would facilitate safe free movement of citizens inside the EU during the COVID-19 pandemic in a non-discriminatory way, the bloc said.

"With this digital certificate, we aim to help member states reinstate the freedom of movement in a safe, responsible, and trusted manner," European Commission President Ursula von der Leyen said on Wednesday.

"A digital green certificate is a proof that a person: has been vaccinated against COVID-19, recovered from COVID-19, or received a negative test result," according to the EU. "It will be available free of charge as an electronic or paper version and will include a QR code to ensure authenticity."

According to the World Tourism Organization, the number of tourists to Europe fell by 70 percent in 2020 compared with the same period last year, adding to the pressure on some southern European countries which rely heavy on tourism.

Since the EU launched the vaccination campaign at the end of December, tourism-rich Italy, Spain and Greece began calling for introducing a "vaccine passport" within the EU.

However, the plan has been met with skepticism from some northern European countries, with their concerns spanning from discrimination to the effectiveness of vaccines.

France 24 reported that French Health Minister Olivier Véran said it is too early to discuss "vaccination passports" since fewer than 2.5 million French people have received a first dose and because it remains unclear whether the vaccine prevents transmission.

And experts warn that the "vaccine passport" could exclude or discriminate against those were made vulnerable by the pandemic, since there are still inequities in access to vaccines globally.

Other countries and regions

Besides the European Union, Russia, Thailand, South Korea, Singapore and other countries also plan to or have introduced "vaccine passports" as a way to ease entry restrictions and facilitate people's movement.

Singaporean Prime Minister Lee Hsien Loong said in February that the country is discussing the mutual recognition of vaccine certificates with other countries.

Thailand is considering scrapping its 14-day quarantine for foreign visitors with proof of vaccination.

Yoon Tae-ho, a senior health official of South Korea, said on March 2, the country has begun to discuss issues related to the "vaccine passport," including how foreigners will be quarantined when they enter the country with the passport.

China rolled out its own version of international travel health certificate on March 8. The health certificate is to "facilitate safe and orderly flow of personnel," the country's State Councilor and Foreign Minister Wang Yi said at a virtual press conference on March 7.

Wang said that in the near future, as more countries agree on mutual recognition of health certificates with China, this international travel health document will play a greater role in promoting the healthy, safe and orderly exchange of transnational personnel, and provide Chinese citizens a solid guarantee when traveling abroad.

EU countries are expected to discuss the proposal at the next European Council meeting on March 25.