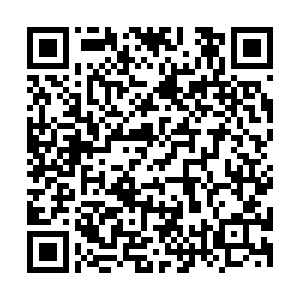 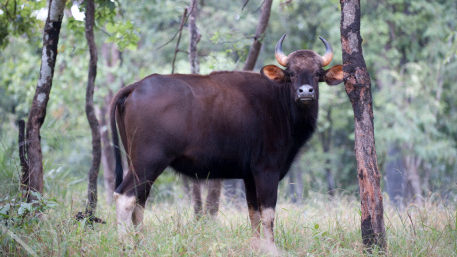 After tracking its footprints and dung for a day, researchers finally encountered the gaur in Mengman Township, but it immediately fled as it felt humans approaching.

"This one is a female. From what we heard of the gaur, the herd has around five gaurs," said Zhang Zhongyuan, senior engineer at Xishuangbanna National Nature Reserve Science Institute.

The gaur is famous for its huge size and white-colored feet. In China, it only habitats in Yunnan Province. It is under first-class state protection in China.

In 2015, it was estimated there were around 14 gaurs in the monitored region. After years of breeding, the population might have risen to 20. The exact number of the species and their range of activity in the region are still under study.