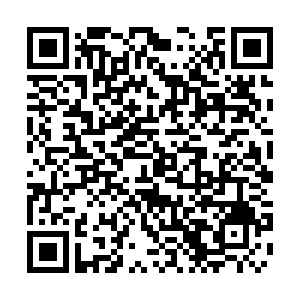 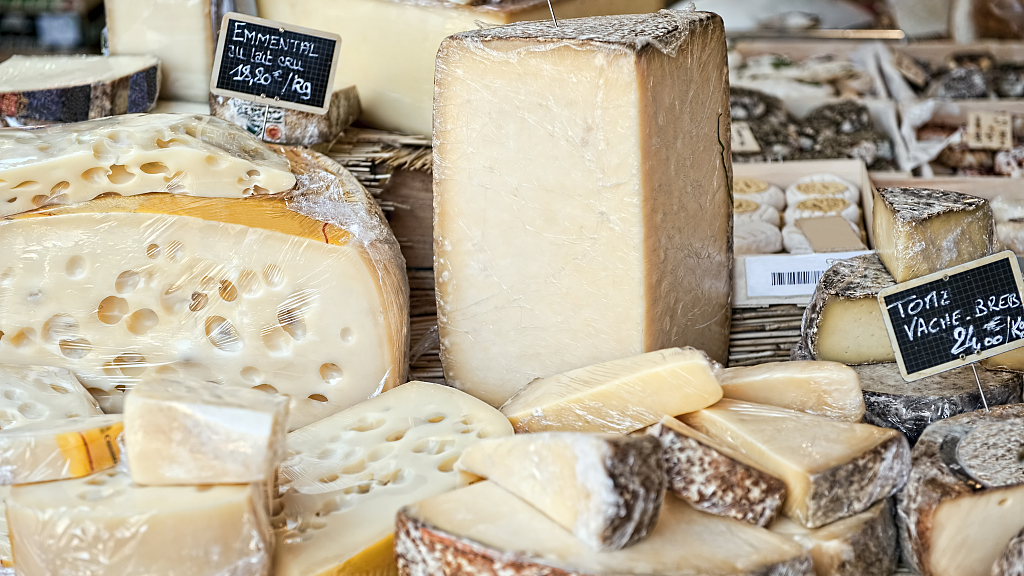 "How can anyone govern a nation that has 246 different kinds of cheese?" once asked French statesman Charles de Gaulle. /CFP

"How can anyone govern a nation that has 246 different kinds of cheese?" once asked French statesman Charles de Gaulle. /CFP

In France, the blue-veined roquefort holds the title "Roi des fromages," or king of cheeses, but in 2020 another type reigned supreme – and it's not even French.

Mozzarella saw its sales jump 21.2 percent last year in the land of camembert and brie, more than any of the charcuterie platter favorites.

But the Italian classic isn't an outlier. Appetite for cheeses across the board was strong in 2020 as the mainstay of the French diet likely offered comfort, convenience, and endless possibilities in the kitchen during COVID-19 lockdowns.

Household consumption of cheese "beat all the records" during the pandemic year, according to Les Marchés, a French agri-food magazine.

Overall sales of non-organic cheeses from cow's milk were up by 9.4 percent, those produced from goat's milk rose by 7.2 percent and from sheep's milk increased by 5.5 percent, reported the magazine quoting figures by FranceAgriMer, the French agency for agricultural and fishery products.

Most notably, organic goat cheeses leaped by 32.2 percent during the year.

It's a cause for celebration for cheesemakers and cheesemongers who around this time last year were looking at tough times ahead as the pandemic bit into sales. 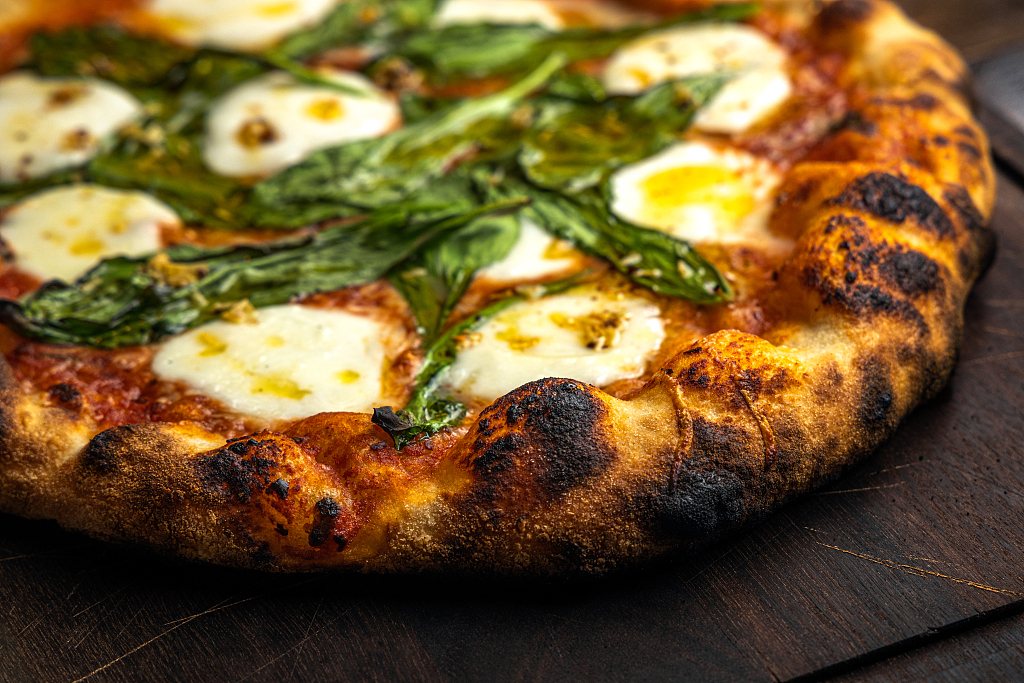 Mozzarella tops not only pizzas but also cheese sales growth in France during 2020. /CFP

Mozzarella tops not only pizzas but also cheese sales growth in France during 2020. /CFP

At the time, foodservice establishments were starting to shutter their doors, exports were shrinking as international borders closed, and with uncertainty hanging in the air, shoppers were filling their carts with basic essentials.

"Many producers and businesses across France are in danger," cautioned Terre De Lait, the French dairy industry, last April, adding that "consumers in confinement are shunning 'pleasurable' foods – including their cheese platter."

Sales of certain cheeses had plummeted by 60 percent since the COVID-19 onset in the country, it warned. The disruption threatened the livelihood of small businesses and meant that tonnes of cheeses ready for the market were at risk of rot.

The organization launched a campaign called "Fromagissons," or "Let's act for cheese," asking the French to step up to the plate and munch on more cheese – and they seem to have listened.

Raclette, a semi-hard cheese known for its meltability and use in a dish of the same name, witnessed a 12.2 percent increase in 2020 sales, followed by comte (8.2 percent) and emmental (7.8 percent).

Sales of coulommiers and camembert – both creamy and soft kinds of cheese – were up by 5.6 percent and 2.2 percent, respectively, following years of slow growth. Even roquefort reversed its recent downward trend with a 5.4 percent rise in annual sales, according to Les Marchés.

Cheese might have helped make the lockdown life a little more palatable in France by offering a little pick-me-up when the days felt long, providing a quick meal on the go, or bringing people together – online or under one roof when possible – for fondue or raclette gatherings.

In fact, the griddles to melt cheese rocketed in popularity during the country's second lockdown that started in October. Sales of raclette machines went up by 300 percent in certain stores in November as temperatures dropped and the French embraced making the winter dish indoors, Le Figaro has reported.

"We feel that [the machines] are purchases for immediate need and family use," a spokesperson from household appliances and electronics store Boulanger told the newspaper.

But then again, the people who invented the joie de vivre don't really need a reason to eat cheese. After all, the average French slices, melts and grills their way through 27.2 kilograms, according to 2016 data by the International Dairy Federation, ranking fourth worldwide.

One could argue it doesn't get any cheddar than this!