Download
Original data of COVID-19 cases can't be copied due to privacy law: Chinese head of WHO joint team
CGTN 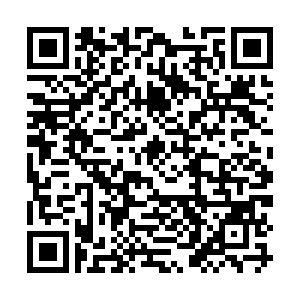 China cannot let the international experts copy the original data of some COVID-19 cases and take it out of the country due to Chinese law on patient privacy and data protection, Liang Wannian, leader of the Chinese side of the WHO-China joint expert team said in an interview with Global Times published on Wednesday.

"It is fully understood by the international experts," said Liang, who made the comments in response to some countries' accusations that the expert team faced many restrictions during the study trip to Wuhan and was unable to access some raw data or meet some of the people they wanted to.

The Chinese side of the joint team showed the World Health Organization (WHO) experts the raw data that requires special attention one by one, such as the early case database and epidemiological survey forms of field use, Liang said.

The joint team also together visited nine institutes including Wuhan Jinyintan Hospital, Huanan seafood market and Wuhan Institute of Virology, and talked with the people listed by the international experts, such as medical staff, laboratory personnel, scientific research staff, market managers and merchants, community workers, recovered patients, family members of medical staff who sacrificed in the battle, and ordinary people.

The interview came as the WHO is poised to publish the report on the WHO-China joint mission in Wuhan.

Talking about the extended time to publish the report, Liang said the joint expert group members are now working together to draft a complete version of the research report which involves a lot of content. "As scientists, we strive to make the report complete, rigorous and scientific, so this process takes some time."

Some international politicians and media, out of their own interests, have politicized the scientific issue of origin tracing work in disregard of scientific facts, and arbitrarily misinterpreted the scientific conclusions and reports of the joint expert group.

Liang pointed out that such behavior "not only shows great disrespect to the work of our scientists, but also greatly hinders international cooperation in fighting the pandemic."

During the month-long study, experts from both sides adhered to scientific principles and an open spirit without setting predetermined positions, he said. They established mutual trust, cooperated closely, and communicated openly and fully and worked against the clock with a non-stop schedule, he continued.

The results of this joint study in China "are the consensus of Chinese and international experts," Liang said.

He also reiterated that the joint team agreed that "it is extremely unlikely" that the virus was leaked from the laboratory after in-depth field visits and candid communication during the mission, and future origin-tracing work will no longer focus on this area unless there is new evidence.