Download
10 years of war: How did Syria get here
Zeng Ziyi 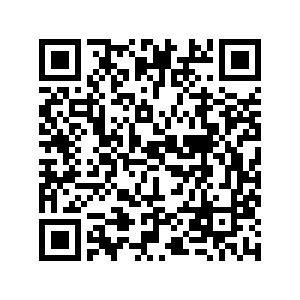 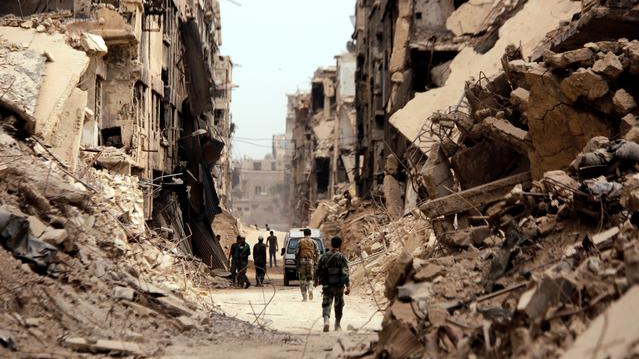 Soldiers walk past damaged buildings in the Yarmouk Palestinian camp in Damascus, Syria, May 22, 2018. /Reuters

Soldiers walk past damaged buildings in the Yarmouk Palestinian camp in Damascus, Syria, May 22, 2018. /Reuters

Ten years after Syria's brutal civil war began, most of the fighting has now subsided. Yet, millions of Syrians are still living in nightmarish conditions as the country now faces massive social, economic and humanitarian crises.

By now, over 585,000 people have died in the conflict and more than half of Syria's pre-war population remains displaced, which include 6.2 million within the country and 6.7 million refugees abroad. More than 80 percent of the country's total population are now living in poverty.

Last week, United Nations Secretary-General Antonio Guterres called on countries to put aside their differences and help Syrians who have endured "some of the greatest crimes the world has witnessed this century."

"After 10 years, the situation is still dire in Syria. The people there have no real living conditions. So far there is no light at the end of the tunnel, but I am optimistic and I don't want to lose hope," Hala Adlouni, a Syrian refugee now living in Germany, told CGTN.

How did it begin?

On March 15, 2011, protesters inspired by the "Arab Spring" uprisings gathered in the streets of Syrian capital Damascus, calling for an end to what they thought was the oppressive rule of Bashar al-Assad.

In the southern city of Daraa, known as the "Cradle of the Revolution," protests were triggered by the arrest of 15 young students who painted anti-government graffiti on the wall. The situation escalated when soldiers opened fire into crowds, killing dozens of demonstrators. Soon, opposition groups made up of armed civilians and defected soldiers began clashing frequently with government forces. 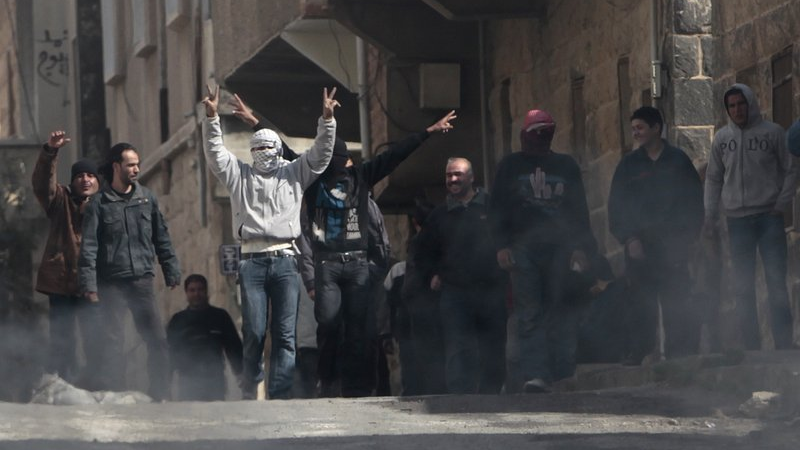 Western governments including the United States were quick in voicing support for the protesters. During a speech in May 19, 2011, U.S. President Barack Obama compared the actions of "brave" young Arab to iconic American civil rights activist Rosa Parks and offered high praise of their courage to stand up in the face of tyranny.

The White House's rationale was simple: Supporting the "Arab Spring" movement would bring the transition to democratic governments across the Arab world.

Instead of taking the time to truly comprehend the magnitude of the situation and the significant risks associated with political intervention, Western leaders led by Obama turned the moment into a show of Western moral superiority and began to demand secular "dictators" in the Middle East step down. Little did he realize that such a move would release demons out of Pandora's box and create a hell on earth for millions of Syrians.

As former CIA Deputy Director Michael Morell said in hindsight during a television interview on CNN in 2015, the U.S. had again misjudged the Arab Spring movement and as a consequence, "the Arab Spring was really a spring for al Qaeda."

It not only "destroyed institutions that were capable of keeping a handle on them," he said, it "undercut the willingness of some Arab countries to take on extremism."

By 2012, frequent clashes across major Syrian cities developed into a full-scale civil war that pitted al-Assad's forces against several fractions of rebel and Islamist groups. The main battles began to gravitate toward Aleppo and Damascus – two of the country's largest cities. The relentless back and forth sieges of cities rendered most houses, hospitals and ancient city walls into dust and rubble. 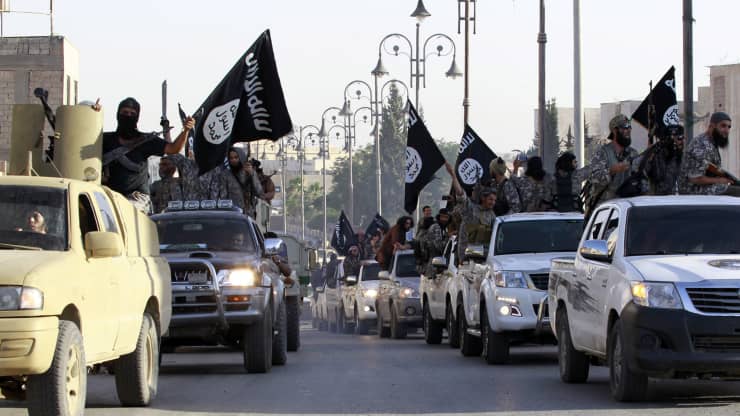 As the nationwide chaos ensued, Syria became a breeding ground for religious extremism. On March 6, 2013, one of the strongest jihadist insurgent groups known as Islamic State of Iraq and Syria or ISIL (also known as ISIS) captured the city of Raqqa. Over the next few years, the self-proclaimed "caliphate" would quickly capture vast swathes of land across Iraq and Syria and commit numerous war crimes and ethnic cleansing that terrorized the Middle East and the world.

Just when al-Assad was being put on his heels, Iran and Russia – both allies of Syria – began to step up their effort in providing military support, which decidedly turned the tide of the war. By 2015, Iran had sent thousands of troops and military advisors to help President al-Assad in conducting surveillance missions and training ground troops.

What's next for Syria?

Today, even as the government led by al-Assad regains much of its previous territory, it has become too exhausted to deal with post-war reconstruction. The country is now facing massive inflation and is in the worst economic shape since the war began in 2011.

Even in the capital Damascus, residents are struggling to survive the shortage of fuel and electricity. Many wait hours at a time to get basic staple, like bread. Nearly 60 percent of Syrians or 12.4 million people are at risk of going hungry, The World Food Program warned this month. 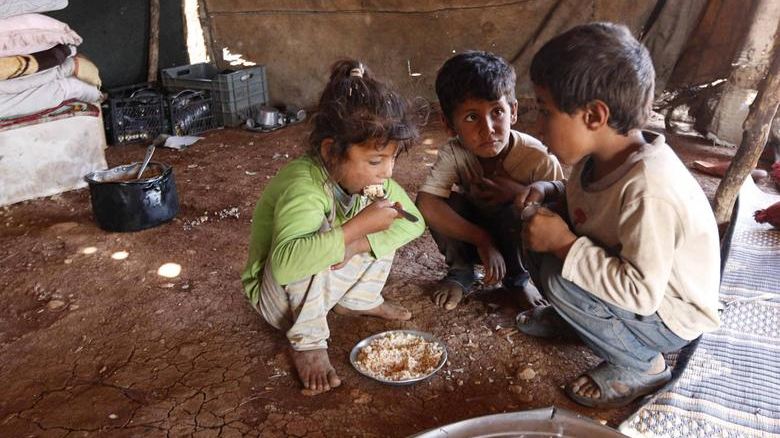 Internally displaced children, who along with their family fled the violence in Aleppo's Handarat area, eat inside a tent in the northern countryside of Aleppo, Syria, October 8, 2014. /Reuters

Internally displaced children, who along with their family fled the violence in Aleppo's Handarat area, eat inside a tent in the northern countryside of Aleppo, Syria, October 8, 2014. /Reuters

Among those affected by the war, women and young people have borne the brunt of it. Women have been hit particularly hard economically, with almost 30 percent reporting no income at all to support their family, according to a survey by the International Committee of the Red Cross (ICRC). Almost one in two young people (47 percent) reported that a close friend or relative had been killed in the conflict.

"There is no military solution for the Syrian crisis," Guterres said. "The only possible solution remains political. This man-made humanitarian nightmare for the long-suffering Syrian people must stop."

For now, reconstruction remains a daunting task for the Syrian government. In early 2010, estimates of the cost of rebuilding the country ranged from $250 billion to $400 billion – figures that dwarf the Syrian government's 2018 budget of $115 million, according to the Carnegie Middle East Center.

"The amount of destruction is so huge, it will take time, but it will happen," ICRC special envoy to China Jacques Pellet told CGTN.