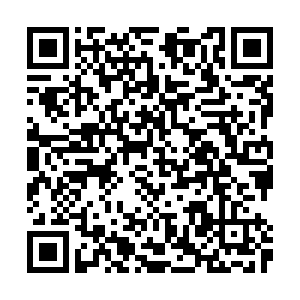 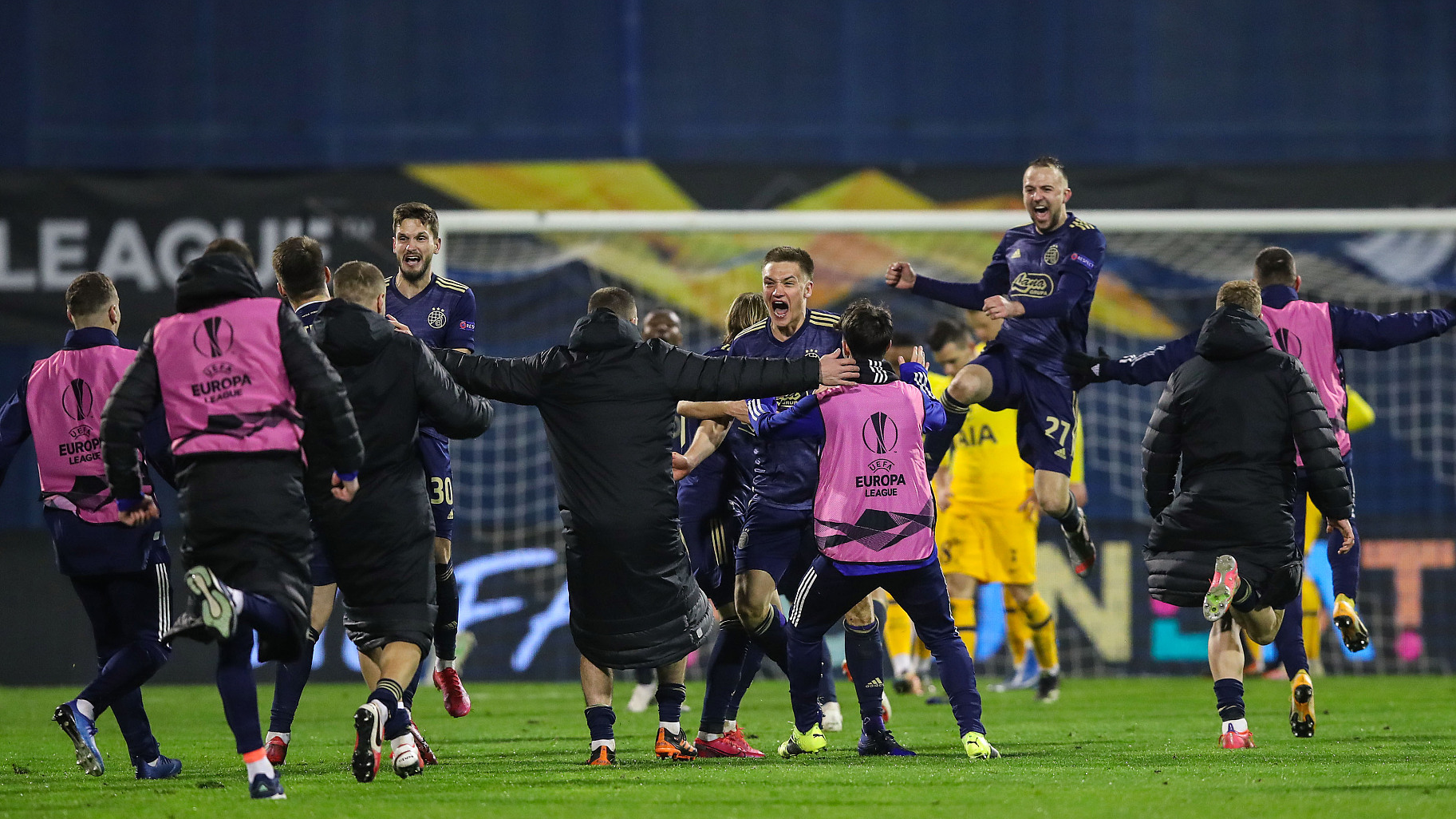 Dinamo Zagreb pulled off the season's biggest shock in the Europa League after Mislav Orsic, who struggled at Chinese Super League side Changchun Yatai in 2016, scored a sublime hat-trick to give the Croatian champions a 3-2 aggregate win over Tottenham Hotspur in their last-16 tie on Thursday.

Dinamo won 3-0 on the night after extra time to reach the quarterfinals on coach Damir Krznar's debut after he took over on Monday from Zoran Mamic, who stepped down upon learning he faces a prison sentence for fraud.

The defeat was a second bitter blow for Spurs coach Jose Mourinho in quick succession after Sunday's 2-1 Premier League defeat at Arsenal and he trudged off with a grim look on his face as the home players mobbed each other by the touchline.

Trailing 2-0 from the first leg, a resurgent Dinamo dominated the first half and twice came close through midfielder Lovro Majer before Harry Kane missed a chance for Spurs as home goalkeeper Dominik Livakovic blocked his close-range effort.

The home side pulled one back on aggregate in the 62nd minute when Orsic beat visiting keeper Hugo Lloris with a thunderbolt from 18 meters after he cut inside and left Spurs defender Davinson Sanchez flat-footed.

Orsic leveled the tie in the 83rd minute with an unstoppable first-time shot past Lloris from eight meters after a flowing move saw substitute Iyayi Atiemwen square the ball to the 28-year old from the right flank.

Spurs looked completely at sea in extra time too as Marin Leovac spurned a gilt-edged chance in the 96th minute before Orsic put the icing on the cake with an individual goal of the highest quality.

He beat four Tottenham defenders with a jinking run from the halfway line and then unleashed a stinging low drive past Lloris from the edge of the penalty area.

Intense Spurs pressure in the last 10 minutes of the absorbing contest saw them miss a pair of sitters as Livakovic denied Gareth Bale and Kane, with Dinamo hanging on thanks to several last-gasp clearances.

Former Spurs and England midfielder Glenn Hoddle poured criticism on the team after a shambolic performance.

"They went downhill instead of fighting," Hoddle told BT Sport. "They should have upped the gears but they didn't. There is not enough quality in the team. Everyone was looking at each other. When it happens it is a disaster for a team." 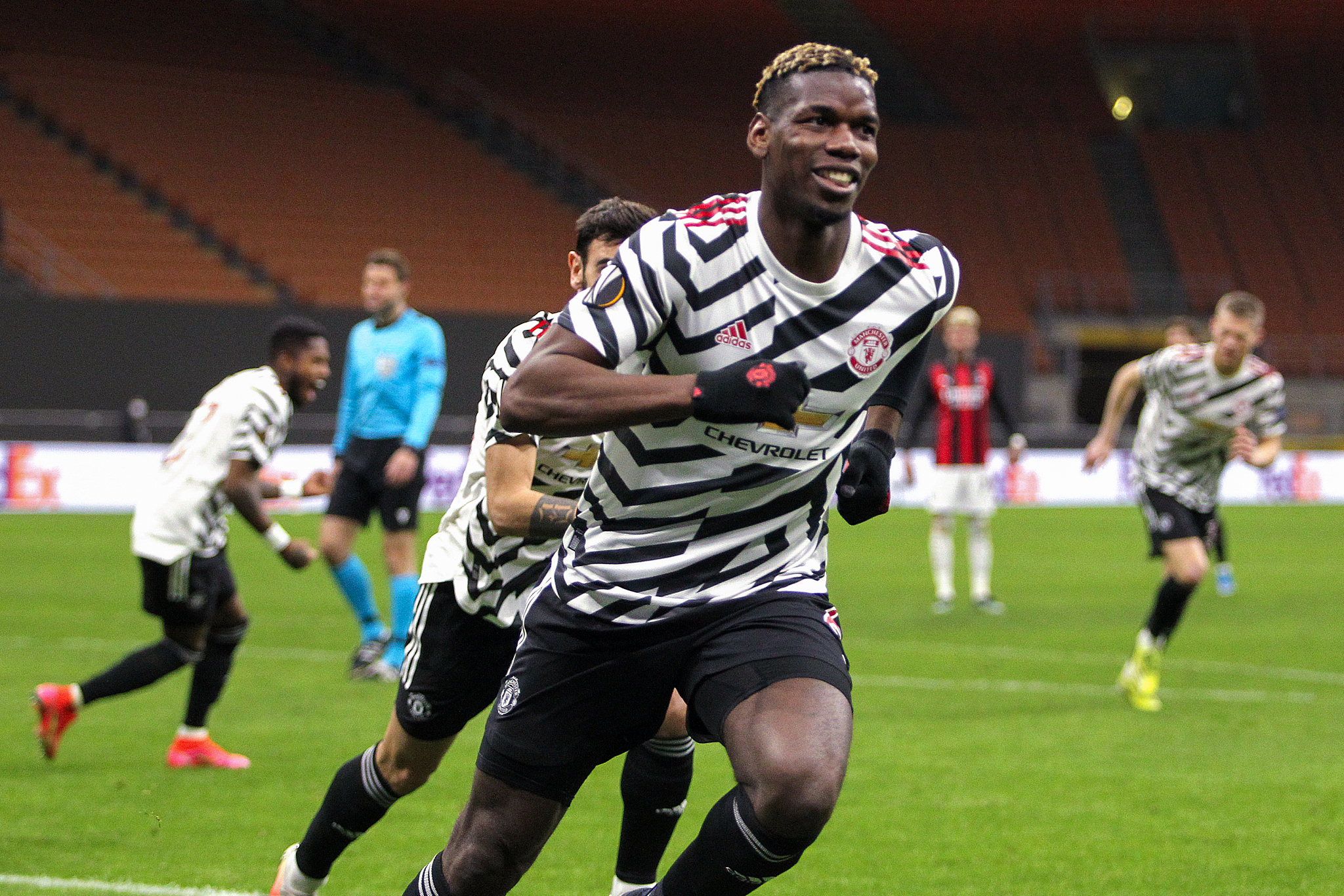 Manchester United also reached the Europa League quarterfinals after a brilliantly-taken Paul Pogba goal earned them a 1-0 win at AC Milan to secure a 2-1 aggregate victory in their last-16 tie.

Pogba came off the bench at halftime to make his first appearance for United since February 6, and the France midfielder made an immediate impact as he turned the tie in his side's favor three minutes after the break with a fine goal.

Former United striker Zlatan Ibrahimovic came on as a substitute to try to drag Milan back into the match, and he almost equalized in the 74th minute but was denied by a good save from the visitors' goalkeeper Dean Henderson.

Milan applied plenty of late pressure but United held on to remain in the hunt to win their first trophy since a Europa League success under Jose Mourinho in 2017.