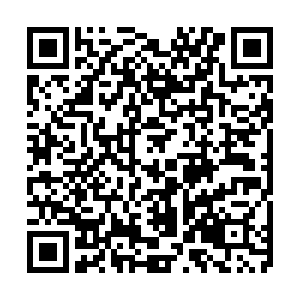 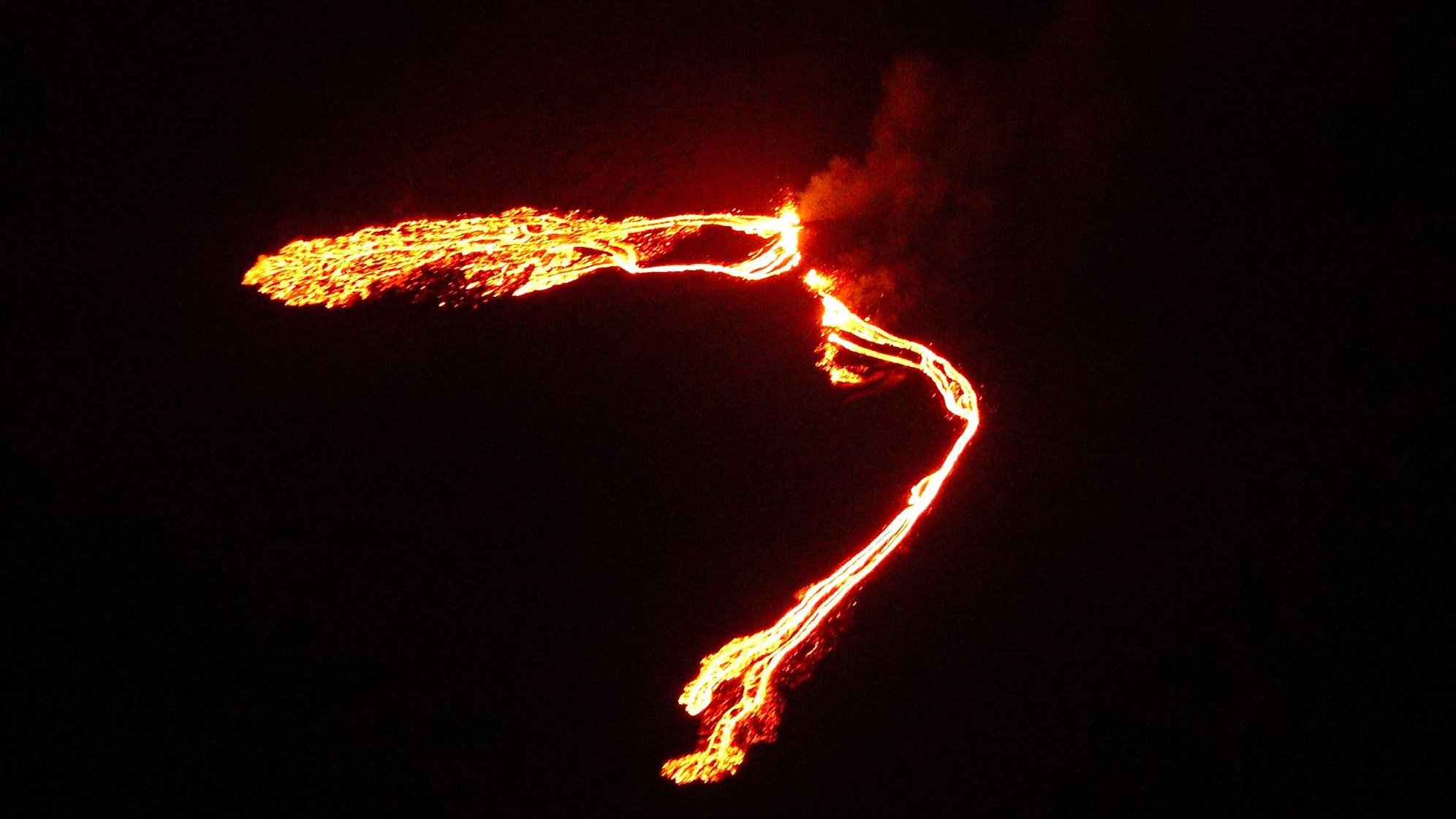 In this still image captured by the Icelandic Coast Guard, lava flows from the erupting Fagradalsfjall volcano some 50 kilometers west of the Icelandic capital Reykjavik, March 19, 2021. /CFP

In this still image captured by the Icelandic Coast Guard, lava flows from the erupting Fagradalsfjall volcano some 50 kilometers west of the Icelandic capital Reykjavik, March 19, 2021. /CFP

A volcano erupted just 40 kilometers from Iceland's capital Reykjavik on Friday, March 19, with red lava spewing out of the ground and a crimson glow lighting up the night sky.

Streams of red lava could be seen flowing out of a fissure in the ground in Geldingadalur, close to Mount Fagradalsfjall on the Reykjanes peninsula in southwestern Iceland, in footage filmed by a coast guard helicopter.

While Iceland's Keflavik International Airport and the small fishing port of Grindavik are just a few kilometers away, the area is uninhabited, and the eruption is not expected to present any danger.

"The eruption began at Fagradalsfjall in Geldingadalur at about 20:45 GMT tonight. The eruption is considered a small one and the eruption fissure is about 500-700 meters long. The lava is less than 1 square kilometer in size," the Icelandic Meteorological Office (IMO), which monitors seismic activity, said in a statement.

"There is little eruption activity in the area."

The eruption site is in a valley, about 4.7 kilometers inland from the southern coast of the peninsula.

Police and coast guard officials raced to the scene, but the public has been advised to stay away, and the main road from the capital region to Keflavik airport was temporarily closed on Friday. 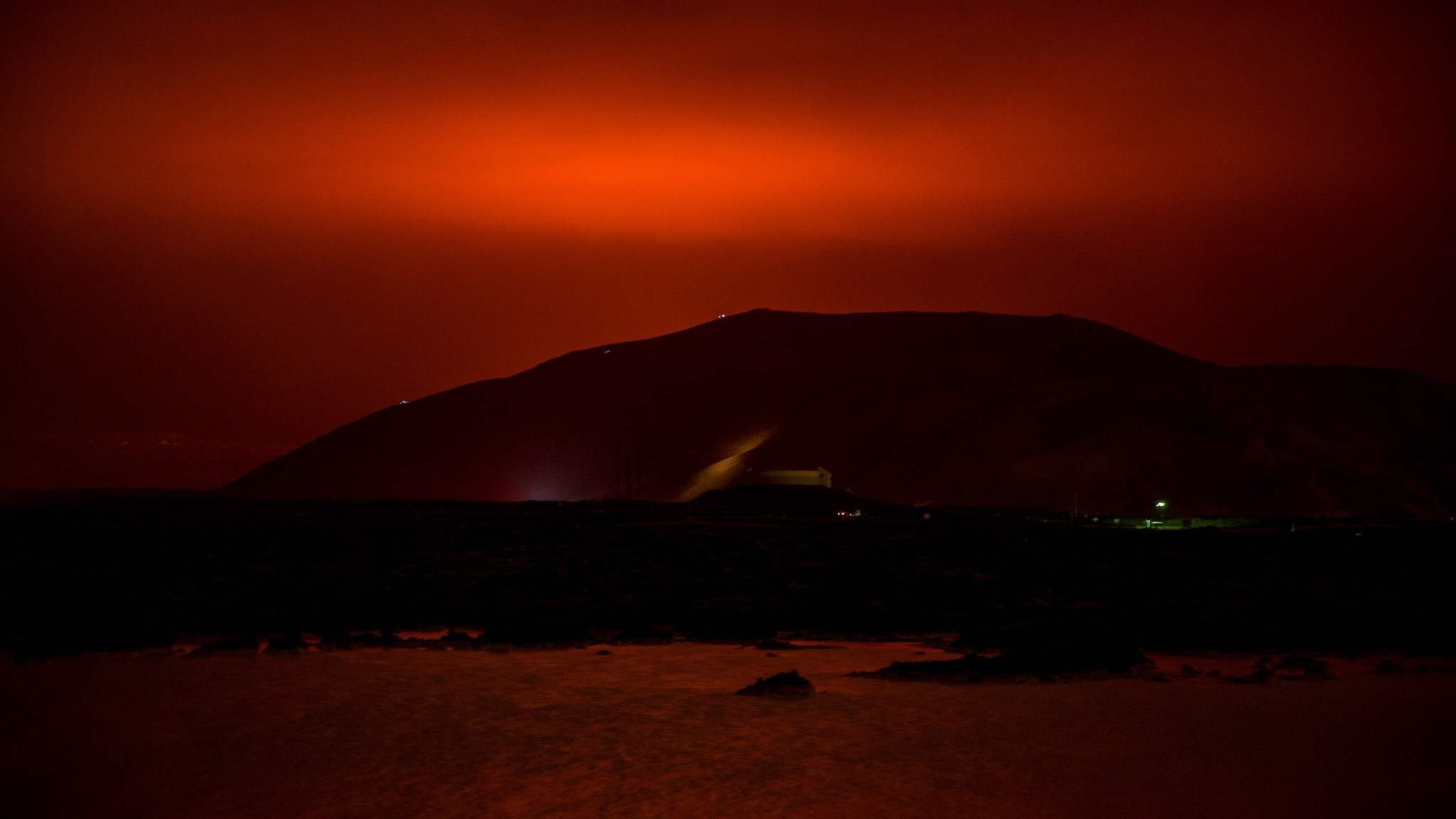 The red shimmer from magma flowing out from the erupting Fagradalsfjall volcano behind the landmark Blue Lagoon, some 45 kilometers west of the Icelandic capital Reykjavik, March 19, 2021. /CFP

The red shimmer from magma flowing out from the erupting Fagradalsfjall volcano behind the landmark Blue Lagoon, some 45 kilometers west of the Icelandic capital Reykjavik, March 19, 2021. /CFP

There were no reports of ashfall, although tephra – solidified magma rock fragments – and gas emissions were to be expected.

Police ordered residents living east of the volcano to close their windows and stay indoors due to the risk of possible gas pollution carried by the wind.

Gas emissions – especially sulfur dioxide – can be elevated in the immediate vicinity of a volcanic eruption and may pose a danger to health and even be fatal.

Pollution can exceed acceptable limits, even far away, depending on the winds.

Friday's eruption took place in the Krysuvik volcanic system, which does not have a central volcano. 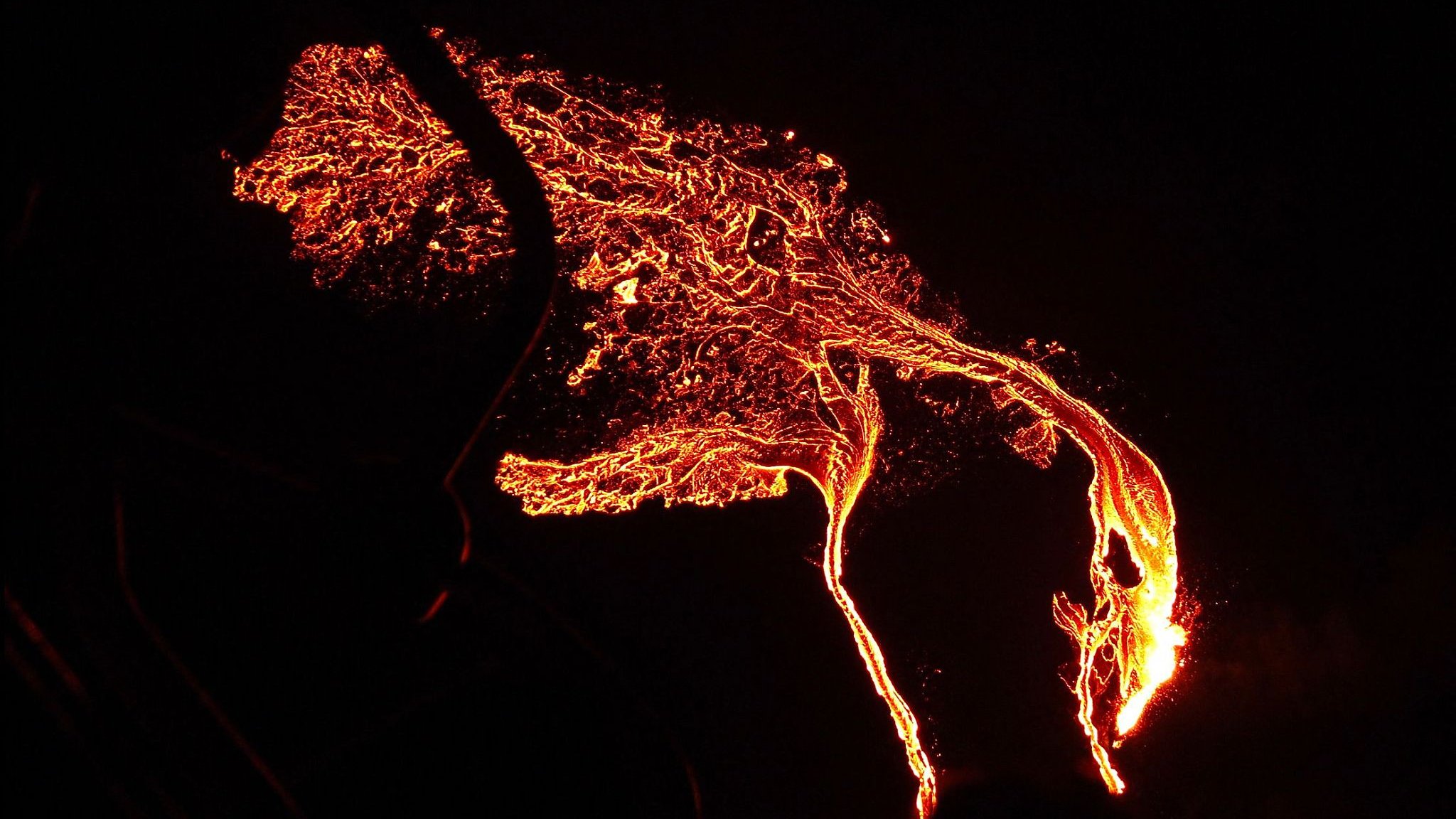 Eruptions in the region are known as effusive eruptions, where lava flows steadily out of the ground, as opposed to explosive ones which spew ash clouds high into the sky.

The Krysuvik system has been inactive for the past 900 years, according to the IMO, while the last eruption on the Reykjanes peninsula dates back almost 800 years to 1,240.

But the region has been under increased surveillance for several weeks after a 5.7-magnitude earthquake was registered on February 24 near Mount Keilir on the outskirts of Reykjavik.

That quake has been followed by an unusual number of smaller tremors – more than 50,000, the highest number since digital recordings began in 1991.

The seismic activity has moved several kilometers southwest since the quake, concentrating around Mount Fagradalsfjall, where magma was detected just one kilometer under the Earth's surface in recent days.

However, seismic activity had slowed in the past few days. 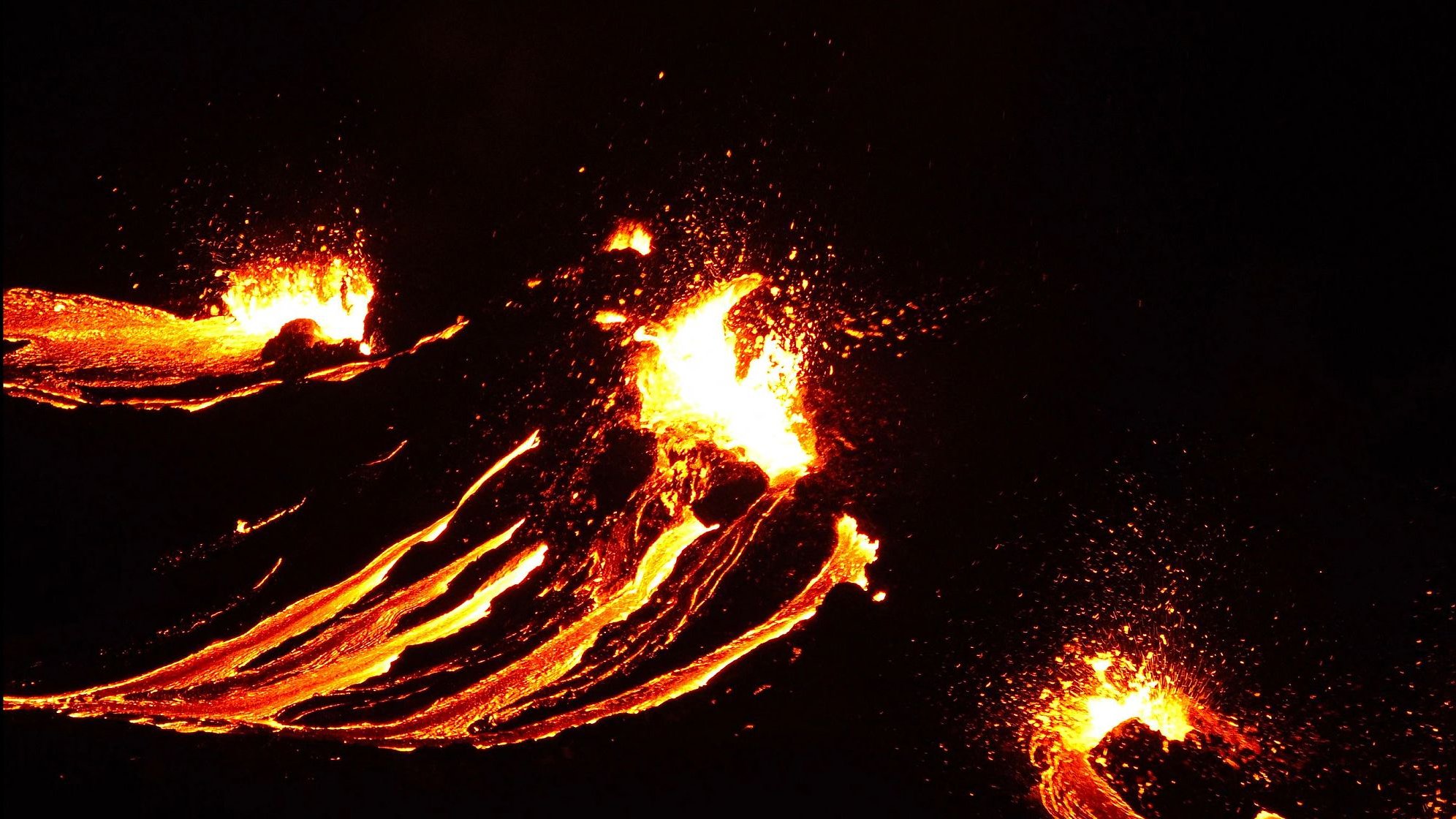 Land of fire and ice

Iceland has 32 volcanic systems currently considered active, the highest number in Europe. The country has had an eruption every five years on average.

The vast island near the Arctic Circle straddles the Mid-Atlantic Ridge, a crack on the ocean floor separating the Eurasian and North American tectonic plates.

The shifting of these plates is in part responsible for Iceland's intense volcanic activity.

The most recent eruption was at Holuhraun, beginning in August 2014 and ending in February 2015, in the Bardarbunga volcanic system in an uninhabited area in the center of the island.

That eruption did not cause any major disruptions outside the immediate vicinity.

But in 2010, an eruption at the Eyjafjallajokull Volcano sent huge clouds of smoke and ash into the atmosphere, disrupting air traffic for more than a week with the cancellation of more than 100,000 flights worldwide which left some 10 million passengers stranded. 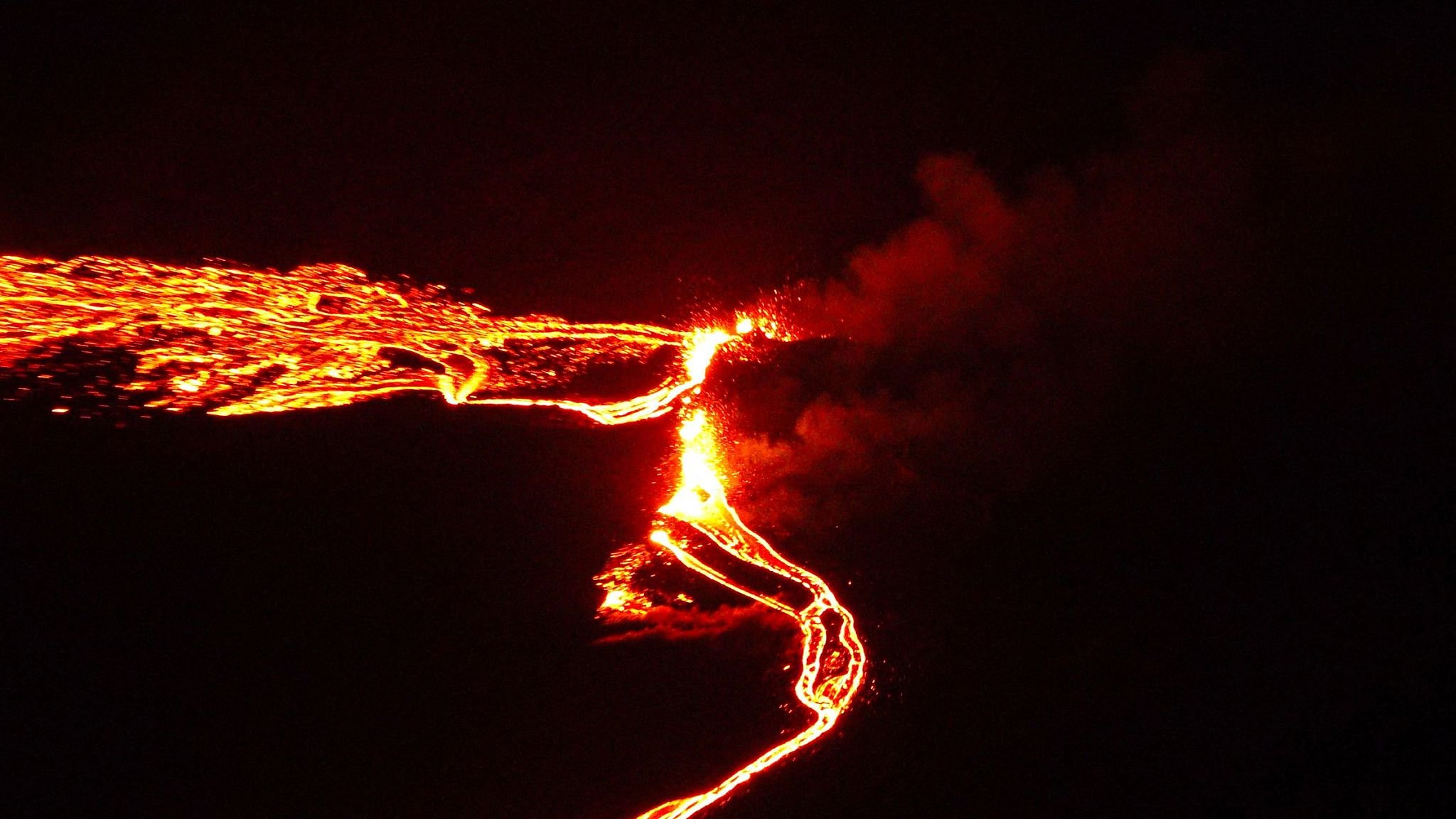