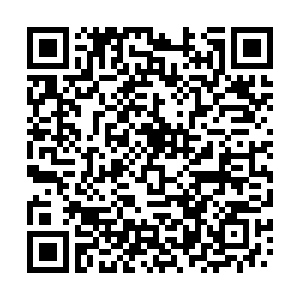 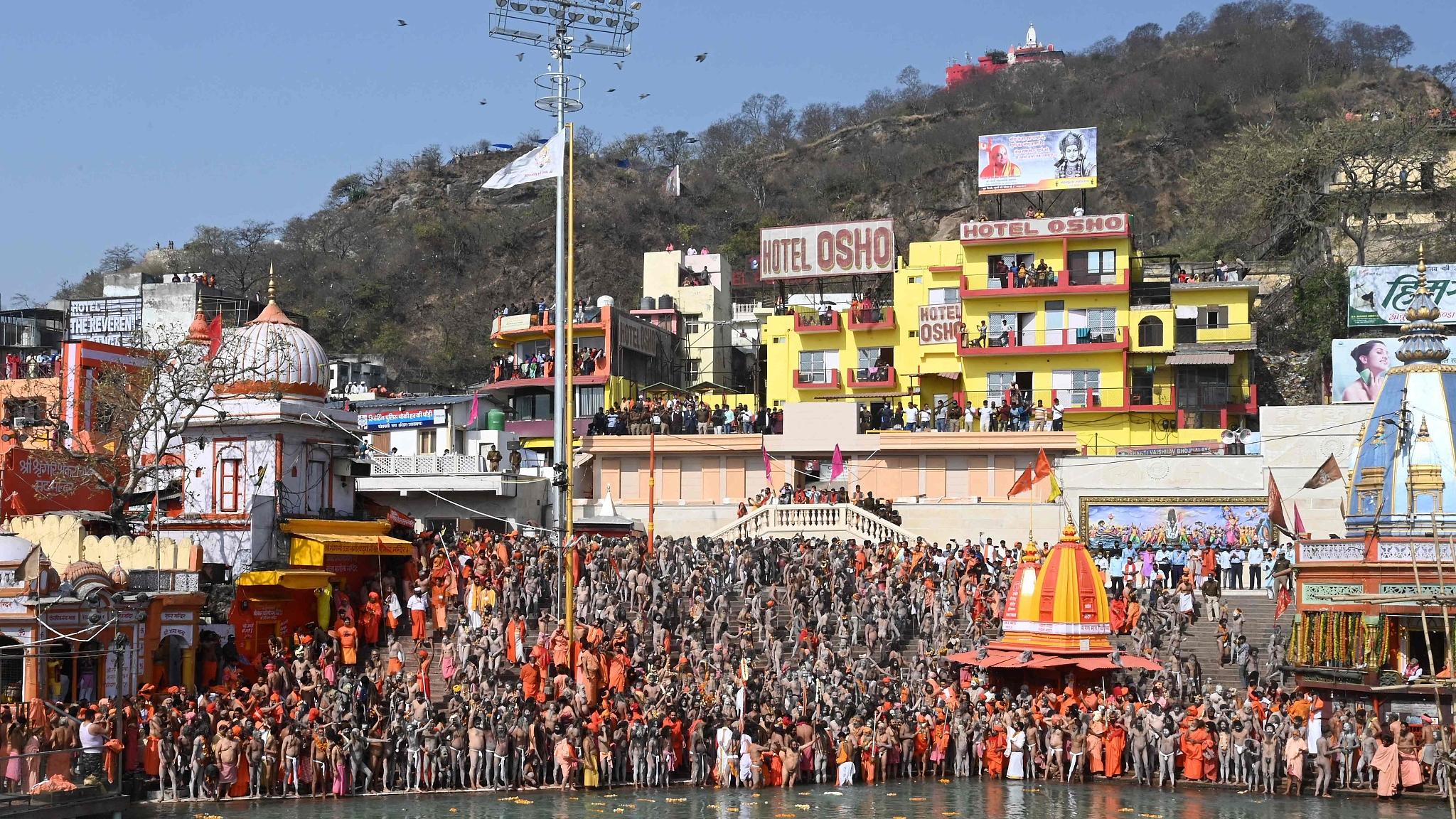 India's health ministry warned on Sunday that a huge gathering of devotees for a Hindu festival could send coronavirus cases surging, as the country recorded the most new infections in nearly four months.

The ministry said up to 40 people were testing positive for COVID-19 daily around the site of the weeks-long Mahakumbh that began this month and peaks in April in the Himalayan holy town of Haridwar, next to the Ganges.

The festival is held only once every 12 years. Organizers have said that more than 150 million visitors are expected to visit, as many Hindus believe bathing in the river during this period absolves people of sins and bring salvation from the cycle of life and death.

In a letter to the state government of Uttarakhand, where Haridwar is located, the ministry told local authorities their daily coronavirus testing of 55,000 people in Haridwar was not enough given the large numbers of pilgrims expected, and that cases were already rising.

"This positivity rate has the potential to rapidly turn into an upsurge in cases, given the expected large footfall during Kumbh," the ministry said in a statement, citing the letter.

"Currently more than 12 states in India have shown a surge in COVID-19 cases during the past few weeks, and pilgrims expected to visit Haridwar during the Kumbh Mela could also be from these states." 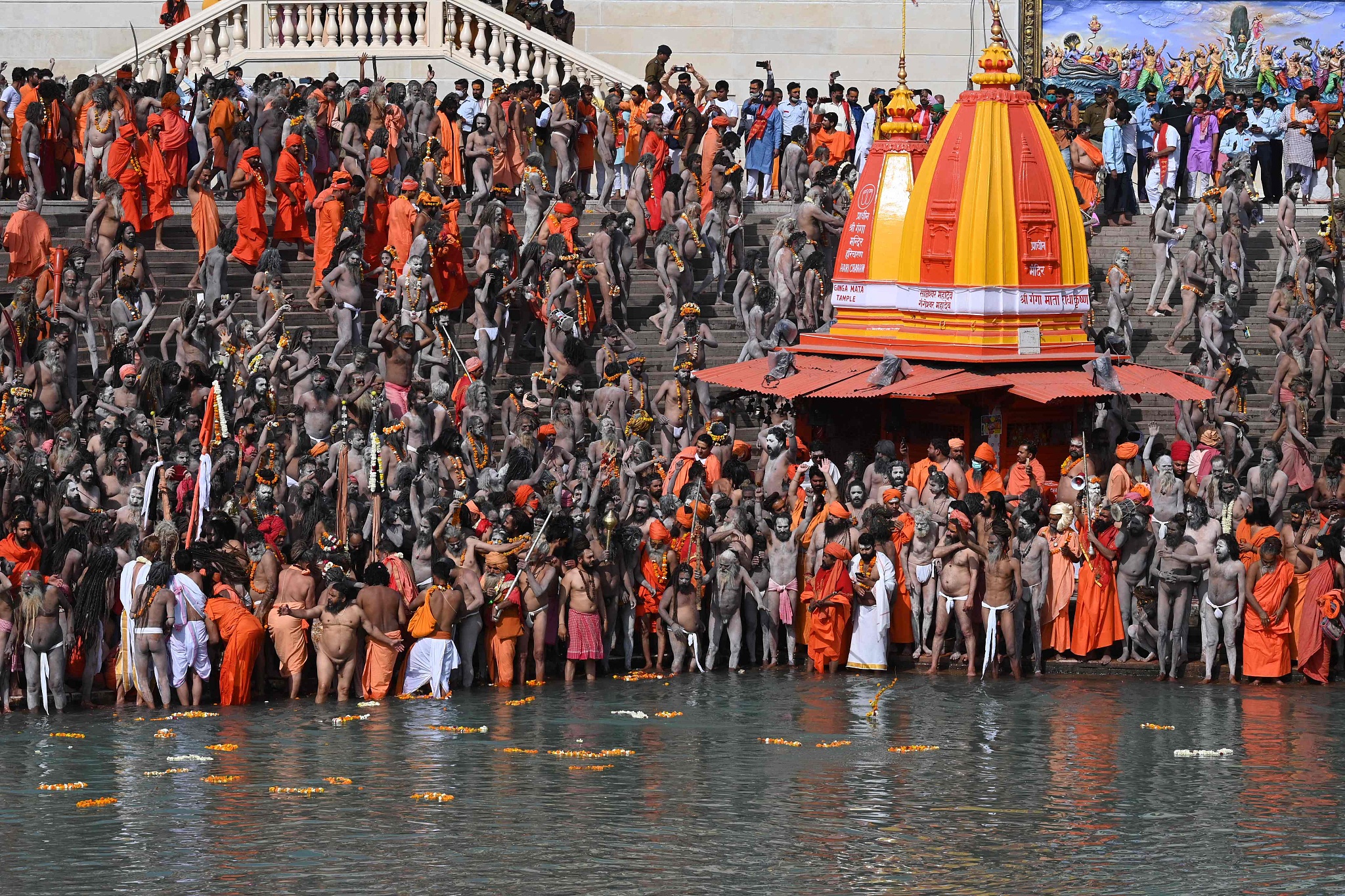 Naga Sadhus (Hindu holy men) gather before taking holy dip in the waters of the River Ganges during the religious festival in Haridwar, India, March 11, 2021. /CFP

Naga Sadhus (Hindu holy men) gather before taking holy dip in the waters of the River Ganges during the religious festival in Haridwar, India, March 11, 2021. /CFP

Uttarakhand's government says it has made mask-wearing mandatory for devotees, would distribute millions of masks for free and also keep sanitizing public areas, apart from following rules laid down by the federal government.

India reported 43,846 new coronavirus cases in the past 24 hours, with its richest state Maharashtra again accounting for about 60 percent of the infections.

India's new COVID-19 cases peaked at nearly 100,000 a day in September, and had been falling steadily until late last month.

As cases increase, Prime Minister Narendra Modi's government has been criticized for exporting more vaccines than the number of people inoculated at home so far.

Under pressure to boost local supplies, the Serum Institute of India has told Brazil, Saudi Arabia and Morocco that shipments of further doses of the AstraZeneca vaccine to them would be delayed.

India has so far donated 8 million doses and sold nearly 52 million doses to a total of 75 countries. It has administered more than 44 million doses since starting its immunisation campaign in the middle of January.

(Cover: Naga Sadhus (Hindu holy men) gather before taking holy dip in the waters of the River Ganges on the Shahi snan (grand bath) during the festival in Haridwar, India, March 11, 2021. /CFP)