Download
Is there no place for old developers? Tech workers in China fear ageism in the industry
Yu Jing 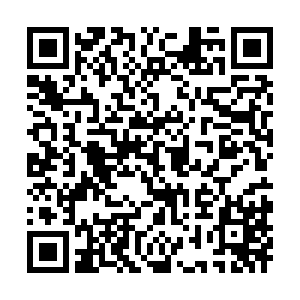 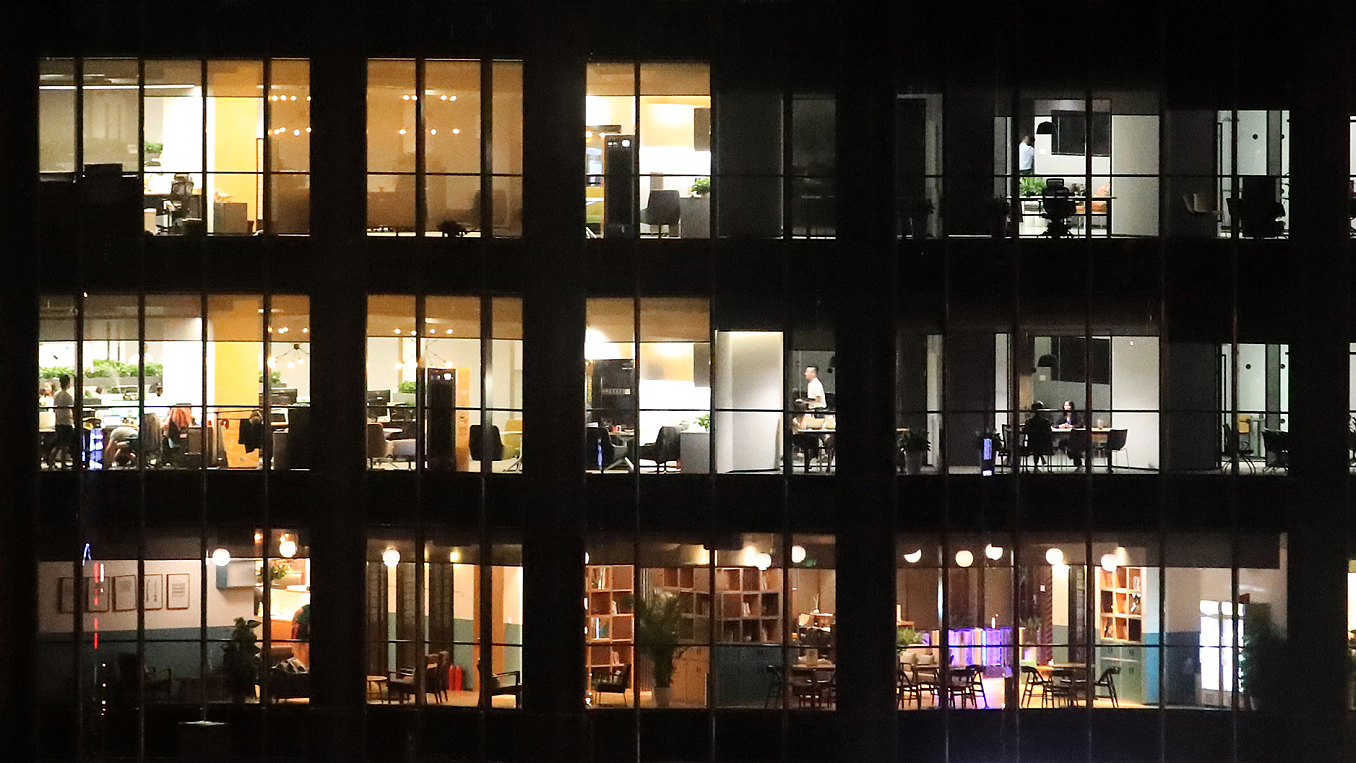 Lit offices suggest the number of employees working overtime at an office building in Beijing, May 31, 2018. /VCG

Lit offices suggest the number of employees working overtime at an office building in Beijing, May 31, 2018. /VCG

In 2019, 37-year-old Bi Wei, who just witnessed the collapse of his internet company, thought about suicide.

He had been out of a job for four months. Every day, he repeated the same daily routine: scanning job-hunting websites, sending out CVs and calling friends and old colleagues for job referrals. But he kept getting the same response: He is too old for the tech industry.

There is an unwritten rule for workers in the tech industry – companies need employees who are willing to dedicate themselves fully to them, and that often means people under the age of 35. The industry is known for being hostile to older workers with its long hours and intense work schedule.

The boom in China's internet industry has enticed hundreds of thousands of fresh graduates to join every year. More than 100,000 college graduates applied to join Bytedance in 2019. For Tencent, the competition is just as intense, with more than 100,000 applicants competing for 3,000 openings.

ByteDance employees at the company's headquarters in Beijing, March 15, 2016. /VCG

ByteDance employees at the company's headquarters in Beijing, March 15, 2016. /VCG

In recent years, China's major internet companies publicized plans to promote more people born after 1980 to the managerial level. In 2019, Baidu launched a new retirement program for senior executives, under which Zhang Yaqin, its 53-year-old president, announced his early retirement.

The fear that the stream of new graduates will replace older workers has prompted some to think of retiring early. Lai Huiqian, a 24-year-old game developer at NetEase, said she plans to leave the internet industry after having hopped three internet companies in three years.

"I feel burned-out every day. The software architecture that was in mode last year will become out of date next year, and you can never catch up with the speed of change in the industry," she said.

As a female programmer, her fear is compounded by the fact that marriage and pregnancy would put her in a precarious position. In China's hyper-competitive internet industry, taking four months off would wipe away any programmer's chance for promotion and thus expose her to the risk of being laid off.

Work at internet companies has become compartmentalized to the extent that it is hard for programmers to develop general knowledge about the industry, said Jiang Jianwu, professor of human resources management at Shenzhen University.

"Programmers over 30 find it hard to lead a team because they have focused on coding for long. Many of them do not have the leadership skill necessary for managerial positions," Jiang told CGTN. 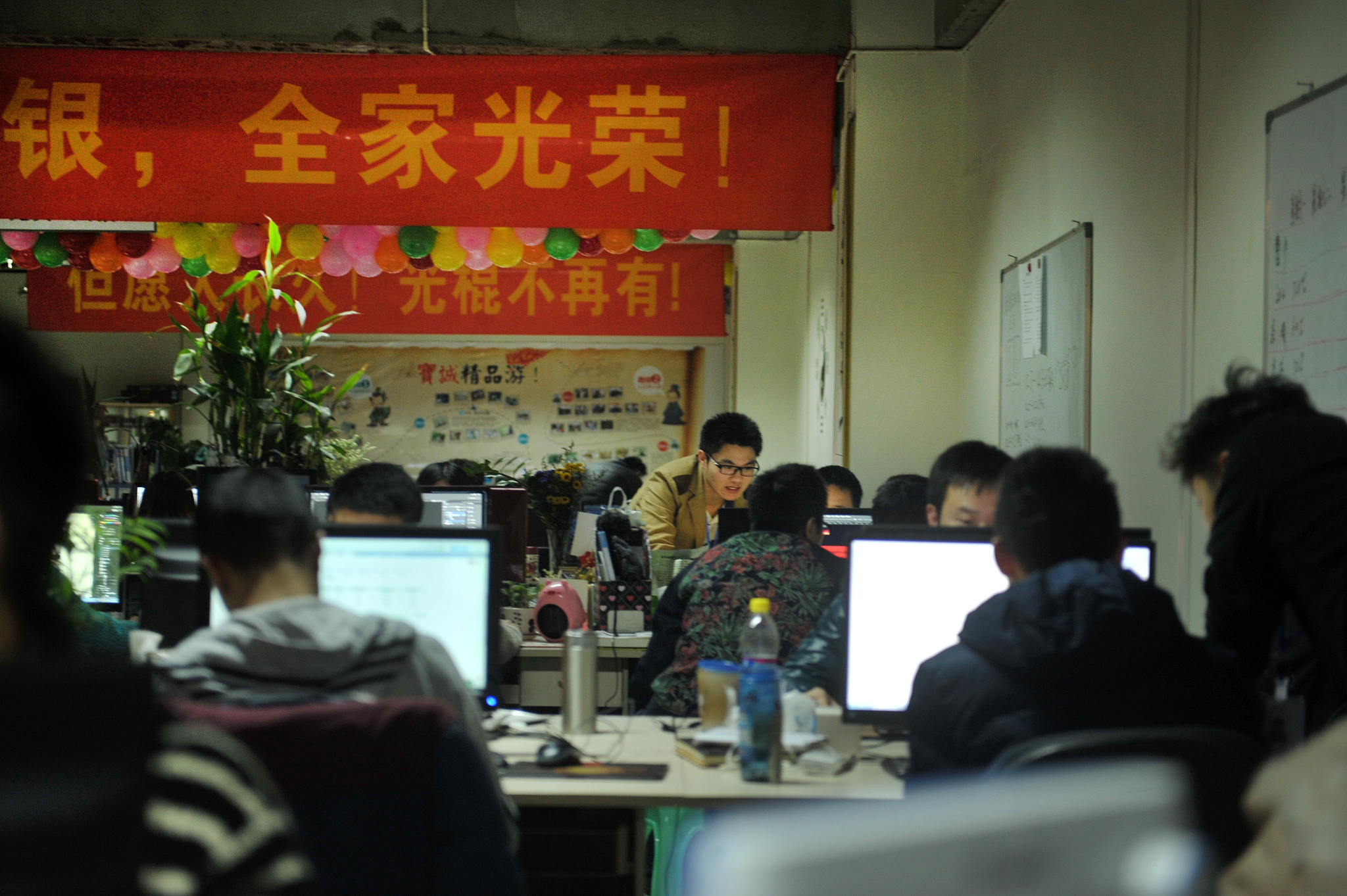 Most of the work that programmers do daily comes down to copying and modifying code, which explains why the quality of work of a young programmer is not distinctively different from that of experienced hire, said Ouyang Yinglong, a computer science graduate and now a project manager at one of the major banks in China.

This also means it makes more financial sense to hire younger workers, he said, adding that young programmers are also more able to put up with the long hours needed to continuously update the code to keep up with the competitor.

The incessant pursuit of speed and keeping up with fierce competition also exist in the U.S.' Silicon Valley, where the merits of youth are celebrated.

"There is a high emphasis on parity in Silicon Valley. Once your competitor has a feature that has proven popular, you must have it, or else you will lose users," said Dong Liansai, a programmer at a top internet company in Silicon Valley.

But compared with Silicon Valley, China's internet industry is even more competitive. In 2018, one tech unicorn was born every 3.8 days in China, according to the Hurun Research Institute.

Programmers need to cultivate industry insight, or else they would easily hit the mid-career crisis, cautioned Jiang. But at the same time, he called for industry associations and universities to allow tech workers to acquire new skills.

After four months of not having received a single call from human resources officers, Bi finally got an offer from a fintech company. Having been through the soul-crushing job hunting process, he said he plans to work at the company until he hits retirement age.