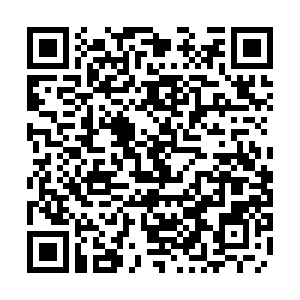 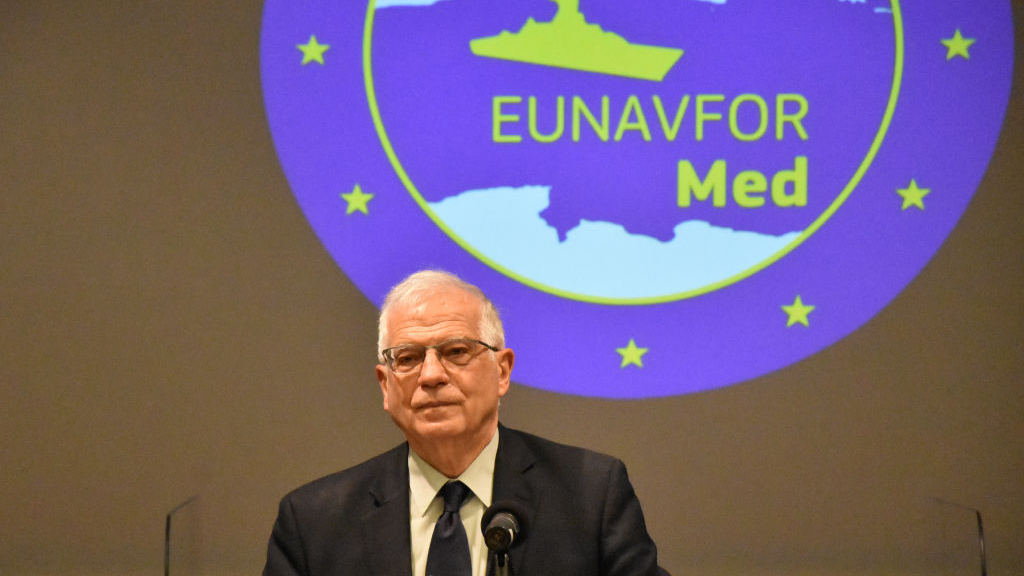 Head of the EU Foreign Affairs and Security Policy Josep Borrell appears at a press conference during a visit to the headquarters of the EU's Irini naval operation in Rome, Italy, March 18, 2021. /Getty

Head of the EU Foreign Affairs and Security Policy Josep Borrell appears at a press conference during a visit to the headquarters of the EU's Irini naval operation in Rome, Italy, March 18, 2021. /Getty

The European Union (EU) has done the absurd thing yet again. It has imposed fresh sanctions on China. The penalties are part of a new sanctions package that also target several other countries over alleged human rights abuses.

The EU's top diplomat, Josep Borrell, has stressed that the bloc "will consider taking additional steps" under a new framework introduced last December, known as the "EU Magnitsky Act."

As it happens, the decision to blacklist four Chinese individuals and one entity over alleged human rights abuses targeting the Uygur population in Xinjiang Uygur Autonomous Region is genuinely farcical. It has many faults and no real impact or value at all. The allegations surrounded with a political atmosphere of imaginary brightness are yet to be substantiated by facts and raw data on the ground.

By its definition, the symbolic penalties apply to non-EU persons for wholly non-EU conducts that have supposedly occurred entirely outside the EU's jurisdiction. Punishing the Chinese entity and persons outside their own sovereignty is not only considered unusual obsession but also undisguised arrogance.

And yet here may be the strangest thing of all. Some Brussels lawmakers were in peril when that was announced and approved. They just couldn't determine its validity or the reasons why the EU was in a hurry to jeopardize and complicate its traditional and well-established relations with China in these perilous times. The EU needs vital investments from the world's second largest economy to protect their strained economies amid a pandemic.

What's perhaps even more perplexing is that the fresh sanctions come after the EU agreed with China to sign an historic investment agreement, a deal that took more than seven years of arduous negotiations - and still has to be endorsed. It calls attention to the development of an unhealthy state of things, in which some EU diplomats are unable or unwilling to "fine-tune" their relations with the bloc's second-largest trade partner. If the futile move is heeded in time, it may be averted; if it is suppressed, a serious distemper may develop in which there will be no winners but many losers.

Expect the "confrontational" slant, consisting of asset freezes and travel bans, to be formally approved by the EU foreign ministers. Some of them are also erroneously accusing Beijing of rights abuses to collect political tokens in the Brussels and to appease the anti-China machinations in Washington, including over a national security legislation for the Hong Kong Special Administrative Region (HKSAR) that makes secession, subversion and collusion with foreign forces illegal.

It is irritating to see that the moral rot has finally made its way to the Brussels from Washington. Beijing has on numerous occasions formally invited EU ambassadors to Xinjiang yet to no avail. The consequence is that their human rights reports and the subsequent sanctions list are not entirely flawless. They don't say all the right things from a place of authenticity and consideration.

Some EU politicians have severely implicated China without getting all the facts right, or source everything perfectly, and then get to the business of endorsements.

Instead, they went straight to full exposure and opened up the possibility of bringing transparency and accountability to Beijing, all because some "human rights activists and experts" and their allied government agencies and "fake mainstream" media said so. 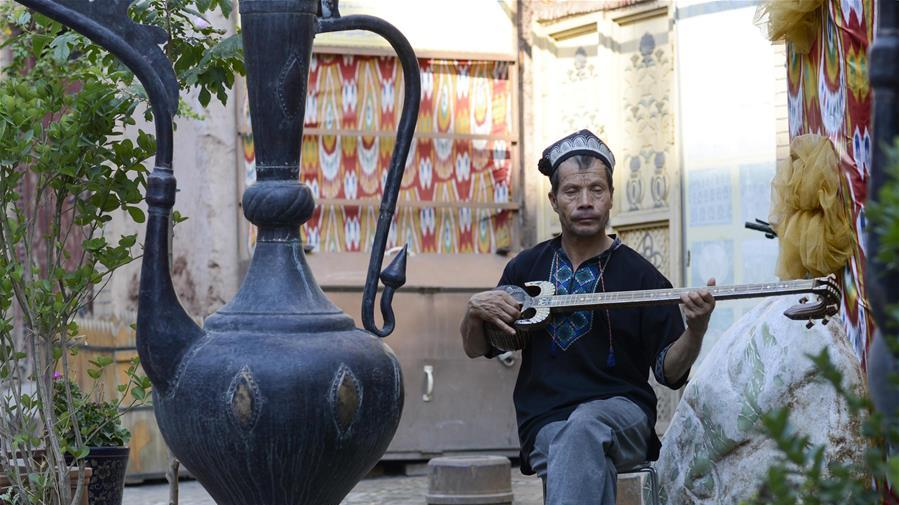 The propagandists managed to get many EU diplomats worked up about their false narratives that "at least one million Muslims are being detained and tortured in forced labor camps in the remote western region of Xinjiang." They also managed to influence the very highest levels of the EU governments including foreign ministers to believe that "a wider government clamp-down is continuing in HKSAR against pro-democracy" activists (read foreign-backed separatists) despite there being no facts whatsoever to substantiate such concerns.

These are laughable narratives, yet they were used to manufacture fake human rights reports that allowed the 27-member bloc to insert China onto its sanctions list. They employed nothing but allegations and ambiguities to back up sparkly accounts. Perhaps that's all they needed. Perhaps, that’s also because Western foreign-policy establishment perpetuates it.

Under the fundamental norms of international law and the UN Charter, China has the right to legitimately challenge fake human rights reports and stories in all the right places. Beijing is appealing to international solidarity as it is trying to fight religious extremism in Xinjiang and separatism in HKSAR. Some disappointed Hong Kong separatists or Xinjiang extremists could easily morph into terrorist movements like the Basque ETA or the IRA.

It is essential for the EU to get all its facts right if it wants to build a win-win relationship with China that is based on reality and mutual trust. The EU must not just tell the reality, but seize control of the narratives about China as well. The biggest slip-up is to gratuitously tempt fate, pile up a bunch of sparkly data and use them to justify penalties that they know are not going to accomplish anything at all. They know what this dynamic could mean for future relations.

We don't have to look that far in time to realize that no country is just one thing. It's misguided to impute opinions or say that the EU doesn't have commonalities and shared security concerns with China in places like Catalonia, Spain. It is a delicate exercise for the Brussels to ditch the hawkish rhetoric of human rights and have a clear vision of their irreplaceable trade and economic interests with China.

It should be clear by now that EU decision makers can't just leave international law in the dust, follow their U.S. counterparts to aim fire at Beijing and still get to carry on business as usual with China. This is not just about EU politics and surely China is not a stage setting for Western politicians to posture and mud wrestle with one another. The economic giant has always lived up to its name when it comes to protecting its human security and development.