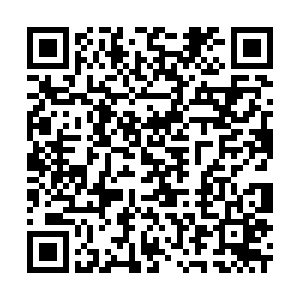 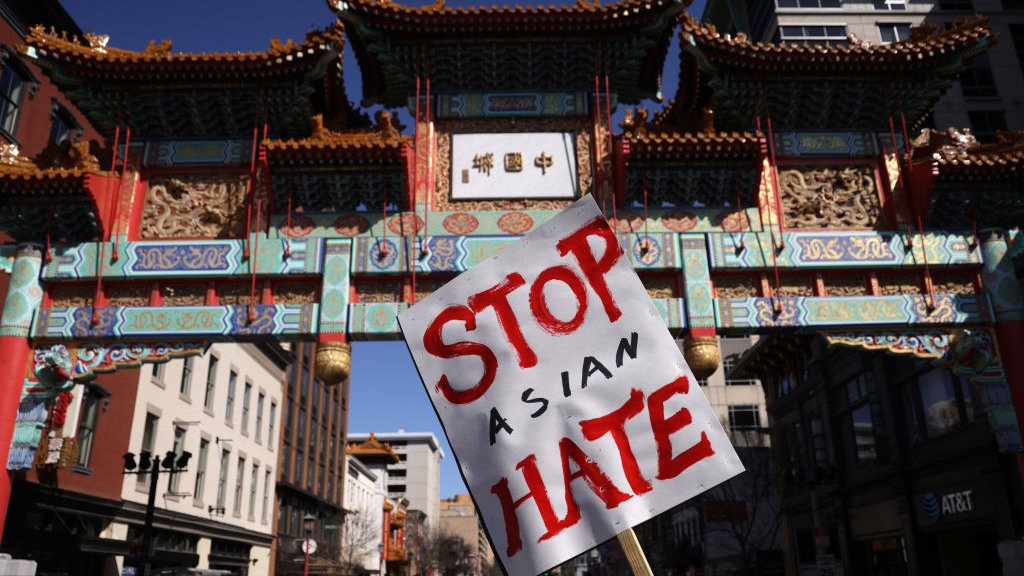 It seems most probable that there was an anti-Asian racist motivation behind the recent cold-blooded shooting of eight people in Atlanta. Out of the victims, six of them were Asian women and South Korea has confirmed that four of them were of Korean descent.

In the U.S., hate crimes against Asians have been on the rise. Even vulnerable members of society have not been immune to violent attacks. In New York, last July, an 89-year-old Chinese woman was slapped and her clothes were set alight. In February, a 61-year-old Filipino American man, traveling from Brooklyn, was slashed across the face with box cutters on a crowded train. In the same month, in San Francisco, an 84-year-old Thai man died after being forcefully knocked to the ground.

Late last year, a report to the UN by various working groups detailed an alarming rise in racially motivated violence against Asian-Americans since the outbreak of COVID-19. Former President Donald Trump's use of racial slurs such as calling COVID-19 the "China virus" and "Kung-Flu" continues to play a prominent role in anti-Asian sentiment today.

For example, after Trump's ban from Twitter, many of his followers moved to the Telegram app known to host Neo-Nazis. In a Telegram poll linked to an anti-Asian group, 84 percent justified the Atlanta shooting as retaliation against COVID-19.

Of course, the fuel to Trump's racist comments and anti-Asian groups online stems from the purposeful spreading of disinformation. These include the ridiculous claim that COVID-19 is a Chinese bioweapon and the equally preposterous allegation that China acted slowly to counter COVID-19. These assertions have in turn been used to divert blame from the U.S.'s own mishandling of the crisis.

With this in mind, it becomes critical to ask where this distortion comes from? Today, intelligence agencies such as the Central Intelligence Agency (CIA), who now work through institutions such as the National Endowment for Democracy (NED), rather than working as an intelligence agency, functions as a disinformation agency. This disinformation is used not only to covertly influence the American public and civil society but the U.S. political elites themselves!

This truth was clearly, and embarrassingly, on display at the recent Sino-U.S. talks in Anchorage with Secretary Antony Blinken's ignorant remarks about Xinjiang. Evidently, like Mike Pompeo, he has no problem believing reports (assuming he has read them) about "genocide" written by a religious fanatic who is employed by a group that overtly seeks the destruction of China and who conveniently moves decimal points around to provide "satisfactory" statistics. 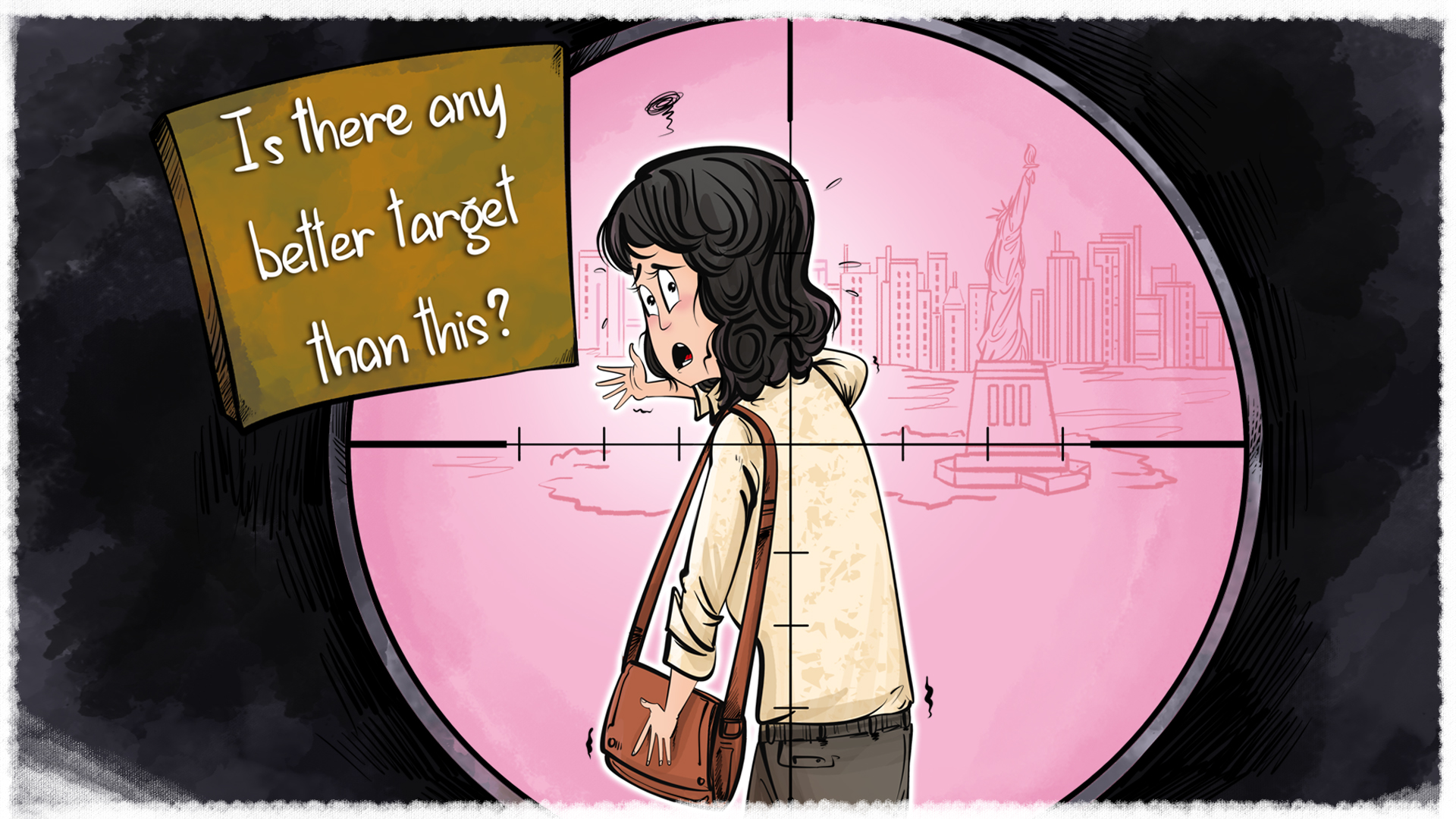 Cartoon: In the eyes of a hate crime suspect... /CGTN

Cartoon: In the eyes of a hate crime suspect... /CGTN

This sort of "irresponsible academics and media reporting" is nothing new. Indeed, to call this irresponsible is in fact too charitable for this character assassination of a designated enemy, which is part of the well-used toolbox of U.S. liberal hegemonism.

For instance, rising hate crimes against Arabs were reported throughout the U.S. during the First Gulf War in 1991. This war was also premised on false-planted evidence depicting heinous crimes by the Iraqis. This had the corollary effect of dehumanizing Arabs in general which gives those on the loony fringes' justification for violent action.

This dehumanizing of other groups for the purpose of rallying those to the call of liberal hegemonism is centuries old. For example, indentured white labor wasn't enough to maximize profits in the plantations of the U.S. so slavery was employed.

Of course, ideology had to be disseminated to justify this inequity. This ideology was that of racial hierarchy. In turn, this racial division could be utilized for the purpose of divide and rule at home. Here races and different cultures could be turned on each other instead of uniting to focus on their common repression by their elites. Furthermore, there could always be a foreign bogeyman to further distract from homegrown problems and the frustrations at home could be directed to imperial machinations abroad.

In this system, Asians were also turned into lesser humans. East Asian peoples were envisaged as an existential danger to the Western world. The xenophobic term "yellow peril" spawned caricature representations of a cruel Asian race which was employed by the West for aggressive expansion into China.

In the latter half of the 19th century, there were numerous massacres of Chinese communities in the U.S., which were driven-on by the distorting yellow peril ideology. However, material factors included fears of a productive Chinese workforce. These massacres were the buildup to the eventual Chinese Exclusion Act of 1882 which restricted Chinese from entering the United States.

Coming back to the anti-Asian hate crime today, while we are faced with a different tune it nevertheless resonates from the same historical noise which is played out on the instrument of liberal hegemonism by a skillful player – U.S. elite class interests.

These class interests seek to deny China's rise, they seek to distract their populations at home to manifest inequities, and they seek to use distortion to focus these homegrown tensions back onto China for the purpose of denying China's rise.

New technologies have arisen such as the internet which is able to spread this tune of discord between races but those who disseminate this malady have a long historical lineage. As such, the causes of the brutal shootings in Atlanta are just a symptom of a chronic historical illness.

Until Americans are conscious of the fact that their racial disunity at home, which represses all subaltern no matter what ethnicity, is linked to a broader imperial process abroad then they will be continued to be played for fools, and mindless hate crime against others will continue.