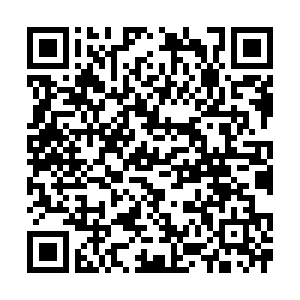 Russian Foreign Minister Sergei Lavrov has called for high-level cooperation between Russia and China in response to the hegemony pursued by some Western countries led by the United States.

Lavrov made the comments during an online interview with CGTN and other media outlets ahead of a visit to China.

Hailing China-Russia ties as at their best level in history, Lavrov said "the model of interaction between Russia and China is absolutely free from any ideological constraints. It is of an intrinsic nature, not subject to any opportunistic factors nor against any third country."

As this year marks the 20th anniversary of the signing of the China-Russia Treaty of Good-neighborliness and Friendly Cooperation, Lavrov praised "dynamic" cooperation between Russia and China over the past two decades and called the pact a "historic" document which laid the political and legal foundations for a new type of relationship between the two countries.

Russia and China have agreed to extend the treaty, according to the foreign minister.

Lavrov said the international situation is undergoing profound changes, with new centers of economic, financial and political influence growing stronger. "However, these objective developments, which are leading to the formation of a truly multipolar and democratic world, are unfortunately being hindered by Western countries, particularly the United States," he added.

In response, the top priority for Russia and China is to continue to strengthen their high-level cooperation, jointly promote the global multipolar development and regional integration, and ensure a fair, democratic and stable international and regional order, the foreign minister stressed.

Speaking of sanctions imposed by the U.S., Lavrov said that the United States and other Western countries have abandoned their traditional diplomatic etiquette.

Lavrov said that in order to deal with the sanctions, Russia and China should strengthen cooperation under the framework of the United Nations on the "immediate end of unilateral coercive measures," while also taking the opportunity to enhance independent scientific and technological innovation, and constantly improve national strength.

He called for strengthening the autonomy of the science and technology industry, promoting the settlement of local currency and other international currencies that can replace the U.S. dollar, and gradually moving away from the Western-controlled international payment system, so that the risks posed by sanctions can be reduced.

Lavrov is scheduled to visit China on Monday and Tuesday.