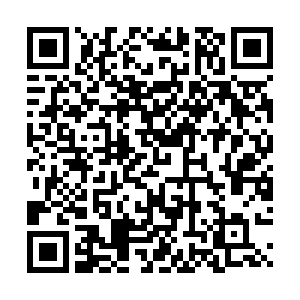 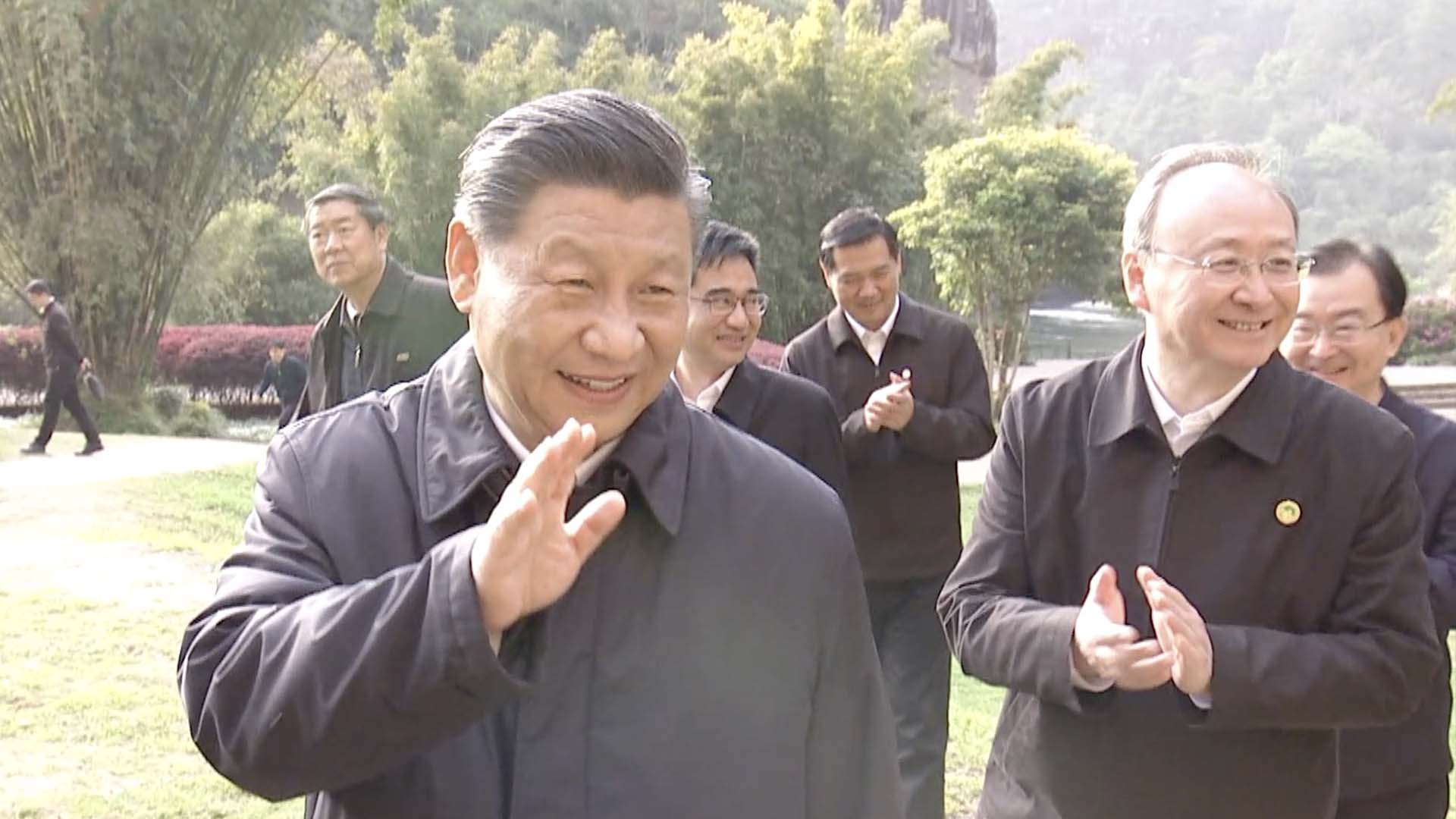 As China's latest medium and long-term economic and social development plan was just approved at the country's top legislature, President Xi Jinping has left Beijing for his first inspection trip to east China's Fujian Province after the Two Sessions.

Xi's visits to an ecological tea garden and the Wuyishan National Park during the inspection show the importance he attaches to green, ecological development, which was also stressed in  China's road map for development for the next five years and beyond.

Standing in the suburbs of Wuyishan City, Mount Wuyi entered UNESCO's list of World Heritage Sites in 1999. It covers an area of over 630 square kilometers and numerous types of tea are produced there.

Visiting mountains is usually arranged in Xi's inspection tours as construction of ecological civilization has always been stressed by the president. 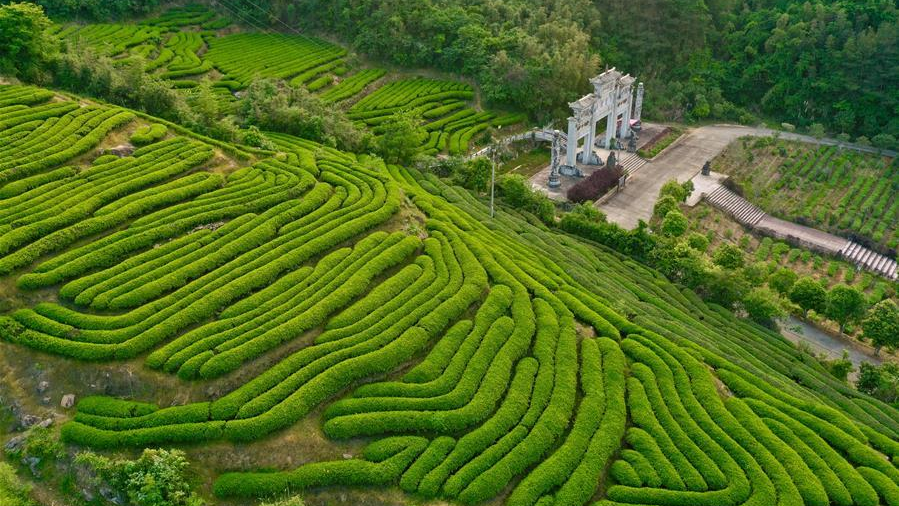 In April 2020, Xi's first stop was also to visit the mountains. He went directly to the Qinling Mountains during his inspection in northwest China's Shaanxi Province to learn about ecological protection, urging officials to be guardians of ecological environment.

In August 2019, he went to northwest China's Gansu Province and visited the Qilian Mountains, underlining ecological protection as a national strategy.

On Monday, during his visit to the Wuyishan National Park, he encountered a group of tourists. "You can enjoy the mountain scenery in Wuyishan and enjoy the seascape in Xiamen City," he told the group.

Xi also visited the park's intelligent management center, where all the weather monitoring and services for biological resources within the park are conducted.

During the just-concluded Two Sessions, he said top-level design and comprehensive measures are needed to protect the ecosystems in mountains, rivers, forests, farmlands, lakes, grasslands and deserts.

"In the past, the tea industry was a pillar in your fight against poverty, and it should become a pillar industry of rural vitalization in the future," Xi said on Monday at the tea garden.

He called for efforts to better cultivate a vibrant tea industry that takes advantage of Mount Wuyi's long history of tea culture, suitable climate, rich tea resources and the support of science and technology.

Shaking off poverty is not the finish line but the starting line of a new life and new endeavor, Xi said in February after announcing that China has secured a "complete victory" in its fight against poverty, urging efforts to effectively integrate the consolidation of poverty alleviation achievements and rural vitalization.

China detailed plans to fully promote the strategy of rural vitalization in the Chinese leadership's proposals for formulating the 14th Five-Year Plan (2021-2025) for National Economic and Social Development and the Long-Range Objectives Through the Year 2035.

Under this development blueprint, the country will push the development of industries with distinctive rural characteristics, cultivate new industries and modes of business, and encourage entrepreneurship and innovation in rural areas. 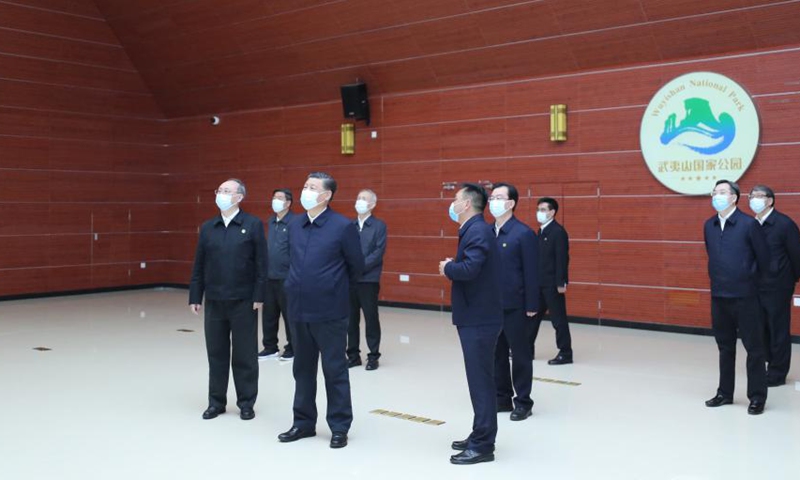 During his stop at the tea garden, Xi was pleased when hearing that the quality of tea was greatly improved through ecological planting in recent years, under the guidance of the team of technology commissioners.

Agricultural talents, also called "technological commissioners," was an idea introduced by Xi, the then governor to Fujian Province in a 2002 article, which called for bonding officials and farmers.

During the inspection, Xi also visited a park dedicated to Zhu Xi, a renowned Chinese philosopher in the 12th century, in Nanping City on Monday afternoon, learning about local efforts to pass on traditional culture.