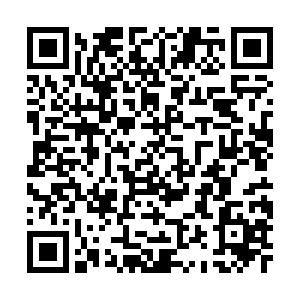 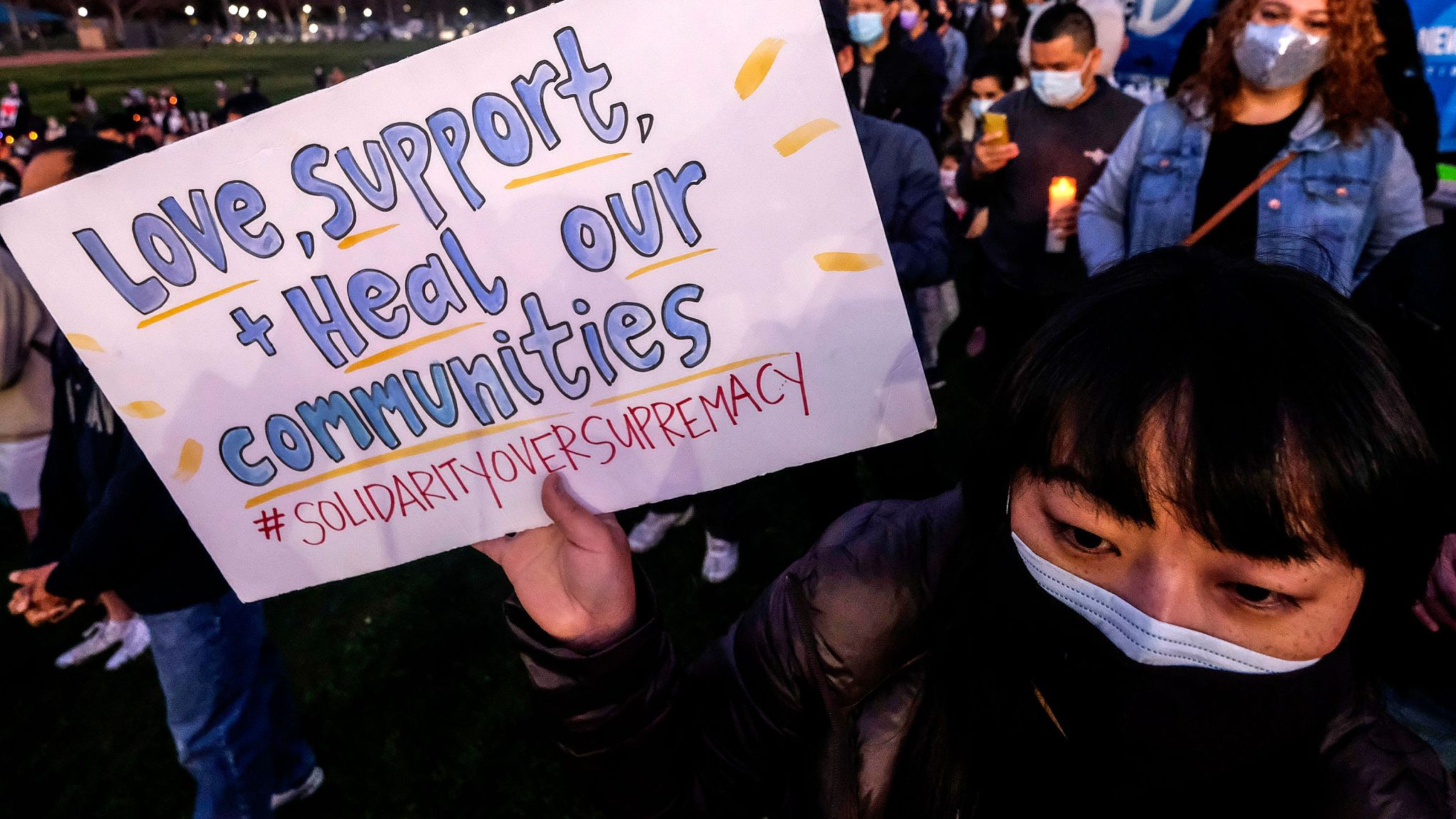 Ethnic minority groups in the United States faced systematic and continuous racial discrimination in 2020, according to the latest report on human rights violations in the U.S. issued by China's State Council Information Office on Wednesday.

George Floyd, a 46-year-old unarmed African American, died in May 2020 after a white police officer in Minneapolis knelt on his neck for several minutes, sparking a global outcry. Before that, Breonna Taylor, a 26-year-old Black woman, was shot eight times and killed by police in her Louisville, Kentucky home on March 13, 2020.

Later in August, 29-year-old Jacob Blake was severely injured after police officers shot him seven times in the back as he was getting into his car in Wisconsin. The incident happened in front of the man's three kids who were in the vehicle. 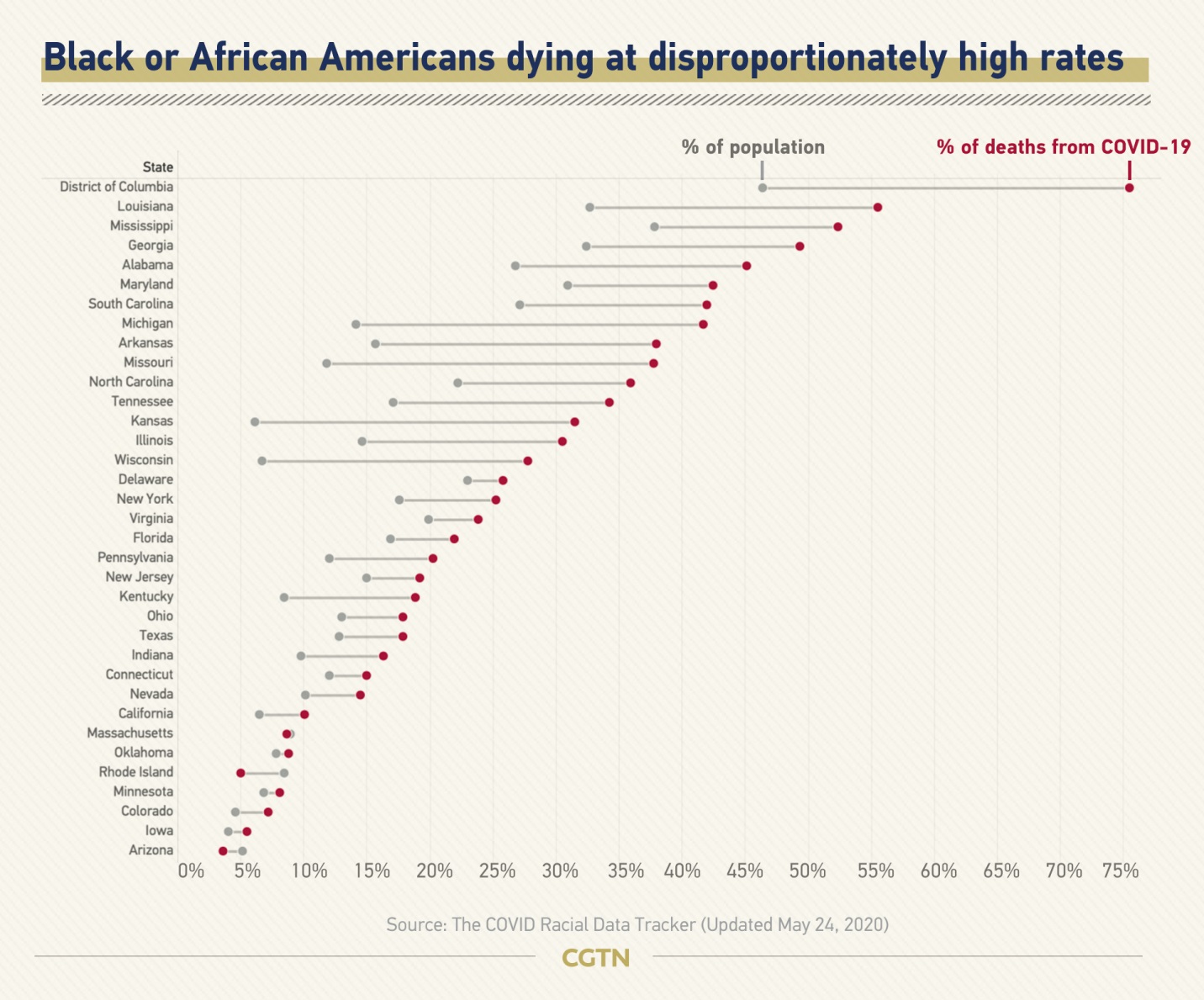 According to data from Mapping Police Violence, a research group, U.S. police shot and killed a total of 1,127 people last year, and African Americans accounted for 28 percent of them.

In addition, the pandemic in the U.S. has disproportionately impacted people of color. The infection rate, hospitalization rate and death rate of African Americans were respectively three times, five times and twice that of their white counterparts, according to a report by the Working Group of Experts on People of African Descent to the UN Human Rights Council in August 2020.

Violence against Asian Americans on the rise

Since the onset of the pandemic, the incidents of Asian Americans being humiliated and assaulted in public have accelerated and some American politicians have misled the public on purpose, the report said.

Eight people, six of whom were Asian women, were killed in shootings at three different spas in Atlanta, Georgia, last week. A 21-year-old white man has been charged with these murders. 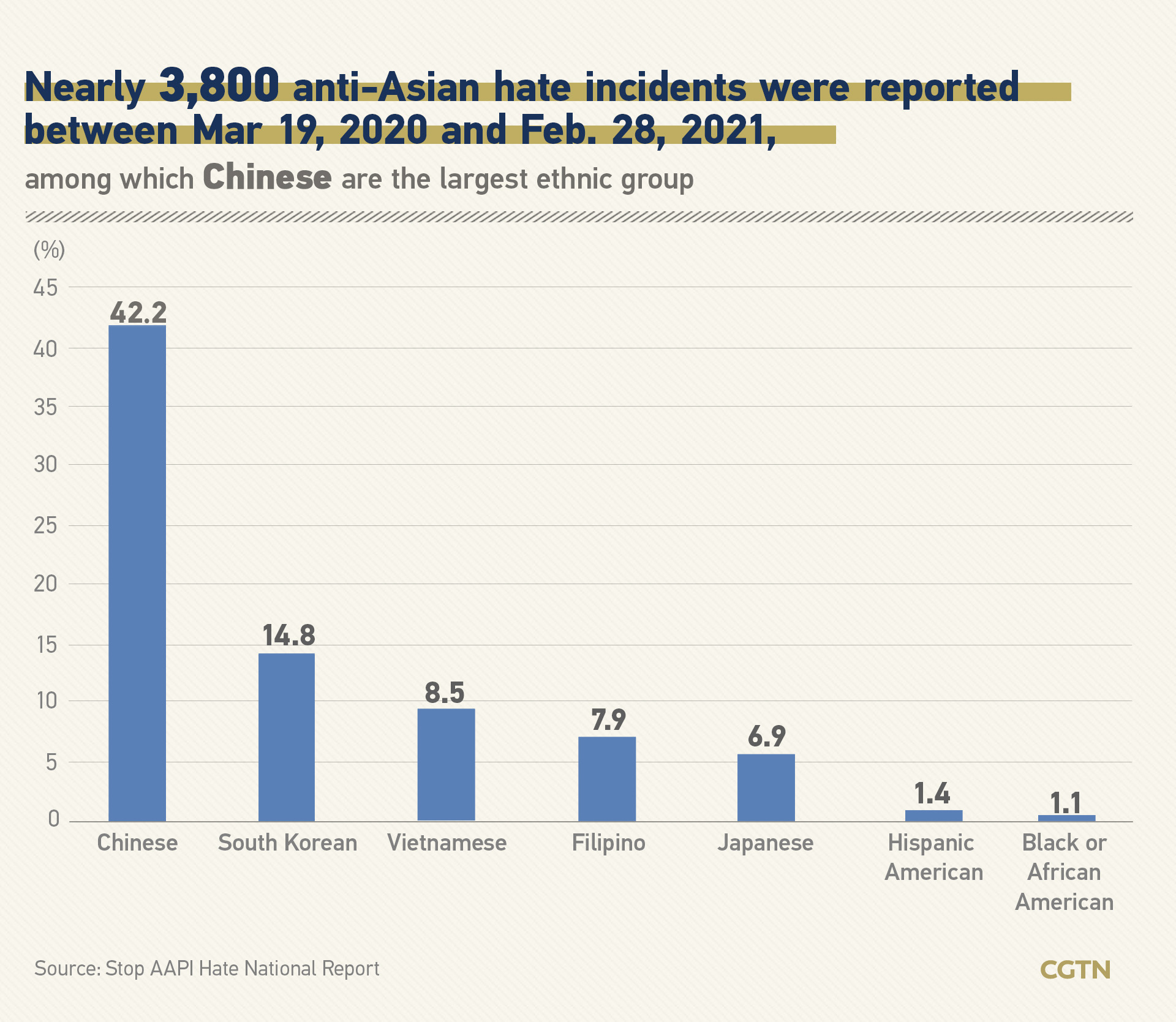 A quarter of young Asian Americans in the U.S. were targets of racial bullying in the past year, which was fueled by the racist rhetoric of the then U.S. President Donald Trump, according to a report published on the website of the U.S. network NBC in September 2020. Nearly half of the respondents surveyed expressed fear and concerns about themselves and their families. 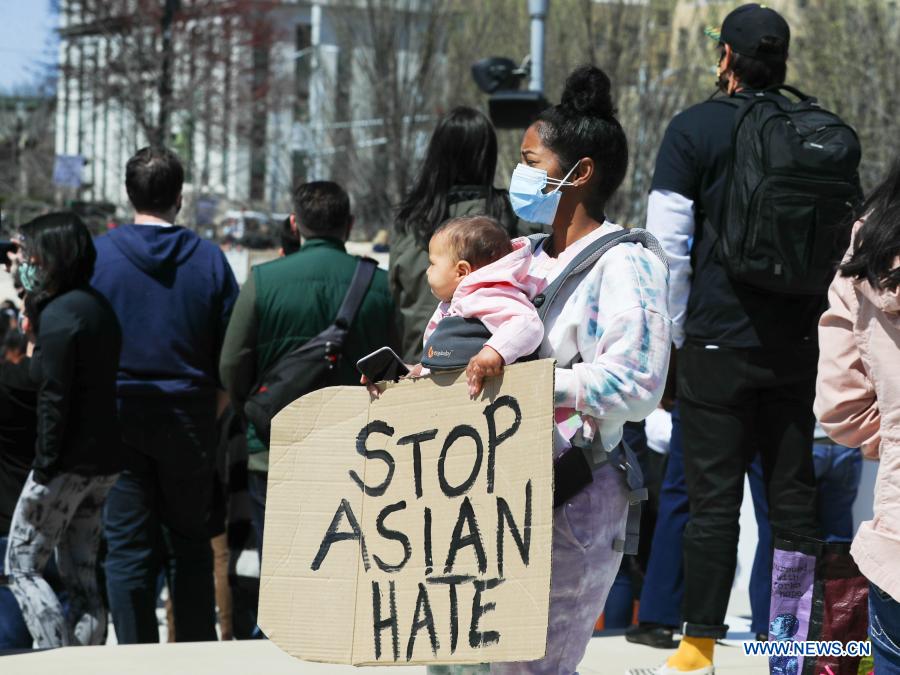