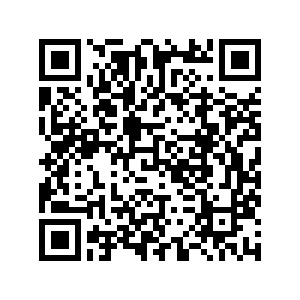 Editor's Note: Dr. Wang Jin is a research fellow of Charhar Institute in China and an associate professor from Northwest University in China. The article reflects the author's opinions and not necessarily the views of CGTN.

The vote counting for the new election is underway in Israel. It is the fourth election within less than two years. During the past two years, every election was interpreted as crucial and determining moment for Israel's political future, just as this time.

Compared with three elections before, new changes emerge in this election.

First, the division inside Likud Party, led by Prime Minister Benjamin Netanyahu, led to internal split. Gideon Sa'ar, the steadfast opponent against Netanyahu, left the Likud and formed a new party with other right-wing politicians. The New Hope Party hopes to challenge the dominating role of Netanyahu inside the right-wing bloc. As a challenger, Sa'ar might attract some right-wing supporters from Likud and decrease the votes of Likud.

Second, the left-wing bloc is diminishing. The traditional leader of left-wing bloc, the Labor Party, might only get six or seven seats, largely due to internal frictions and competitions inside Labor Party of recent decade. Meretz, another important left-wing party, might not pass the threshold of the parliament. Meanwhile, the Joint List, which was the allies of Israeli Arab political parties and played an important role in three previous elections, came to split. The Ra'am bloc divorced with the other three blocs in the Joint List. The dissolution of the Joint List, which last March won the largest electoral showing in Arab Israeli political history – an unprecedented 15 Knesset seats – heralds a hard political season for the Arab parties.

Third, the center bloc is heavily weakened. Netanyahu's major challenger in the last three elections, the Blue and White Party led by Benny Gantz, the former chief of staff of Israel Defense Forces, might only get five or six seats in this election. Due to the poor performance and incapability to balance Netanyahu in the coalition government with Likud, Gantz was widely criticized by his supporters. Gantz's coalition partner Yair Lapid left the Blue and White Party and leads his Future Party to challenge the dominating status of Netanyahu. 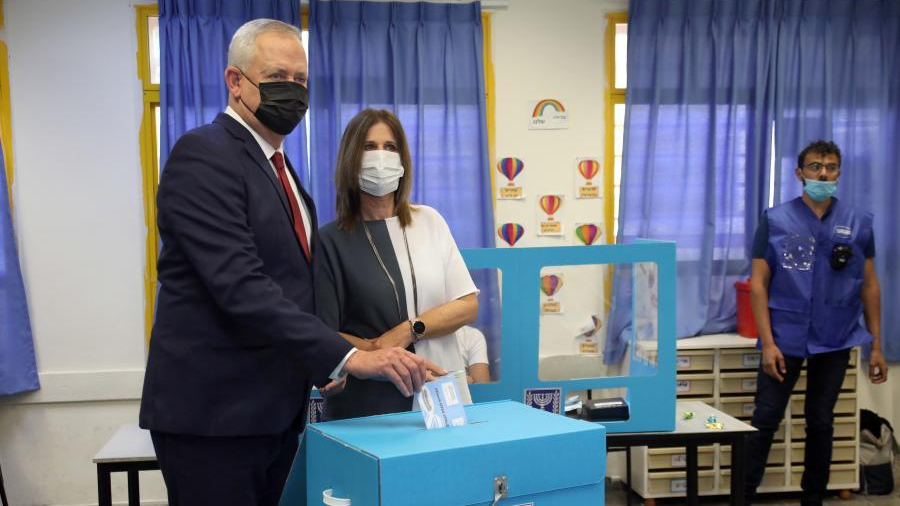 Benny Gantz, leader of the Blue and White party, casts his vote during the Israeli parliamentary elections in central Israeli city of Rosh Haayin, March 23, 2021. /Xinhua

Benny Gantz, leader of the Blue and White party, casts his vote during the Israeli parliamentary elections in central Israeli city of Rosh Haayin, March 23, 2021. /Xinhua

It is interesting, therefore, to look into the scenario of Israeli politics.

Netanyahu, on the one hand, becomes the major target for every politician in Israel. After serving as prime minister for nearly two decades and becoming the longest politician serving in this position in modern Israel, he maintains his allies with some right-wing and far-right-wing political parties, including Shas, Otzma Yehudit and others.

On the other hand, Netanyahu becomes the "king" in Israel and is perceived as a target by every politician who harbors the ambition of becoming prime minister. From Gideon Sa'ar to Naftali Bennett, from Yair Lapid to Avigdor Lieberman, nearly every Israeli politician treats Netanyahu as the major target. Netanyahu's corruption scandal, his management of coronavirus, his foreign policies, all become the object of attack for his political opponents.

Netanyahu, therefore, is the central topic in the election and it seems that he is fighting against everyone else.

Regardless of what the result of the election might be, it is not conceivable that it would provide Israel with political stability given the internal division over national identity, foreign policies and future direction. Netanyahu's new war against everyone else might be transformed into an old game that brings everyone together into a government led by himself, just like what happened in the recent decade.