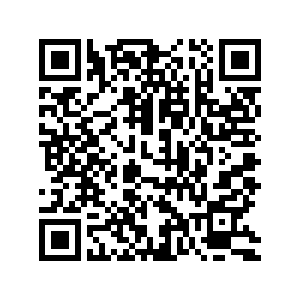 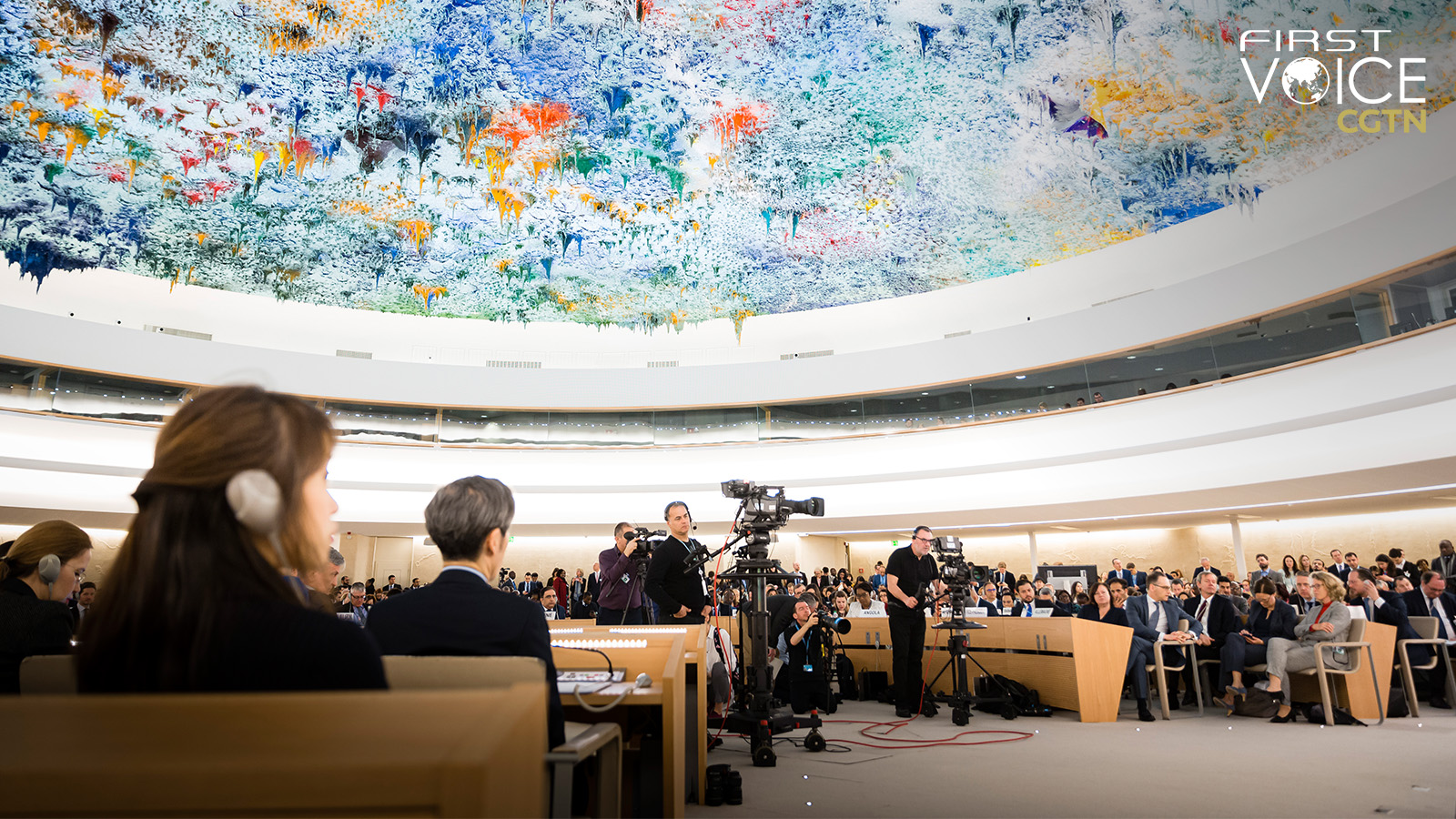 In a meeting with Russian Foreign Minister Sergei Lavrov in the Chinese city of Guilin on March 23, Chinese Foreign Minister Wang Yi reminded Western countries that their views do not represent global opinion. They released a joint statement calling on the U.S. to halt its double-standard practice and stop meddling in other countries' domestic affairs by using human rights as an excuse.

The handful of countries that have appointed themselves the voice of democracy and human rights represent only a small fraction of the 193 member states of the United Nations. The other member states have almost all been ruled, bullied or exploited by the West at some point in their history. Many still are. So, when the West talks about human rights, it should really understand that it is talking to itself – other countries just hear a string of hypocritical words in service of self-interest.

The Biden administration is proud of coordinating sanctions with Canada, the EU and the UK against China's "human rights violations and abuses" in Xinjiang. It is curious that none of those voices are from Muslim-majority nations, which have actually been supportive of China's actions in Xinjiang. If there were really a genocide happening in Xinjiang, would the Muslim world remain silent as its brothers and sisters were slaughtered? Of course not. That's because using genocide to describe what is happening in Xinjiang is false and scandalous. Even the harshest of allegations against the vocational education and training centers in Xinjiang do not mount to death camps or putting the entire population in concentrations camps. 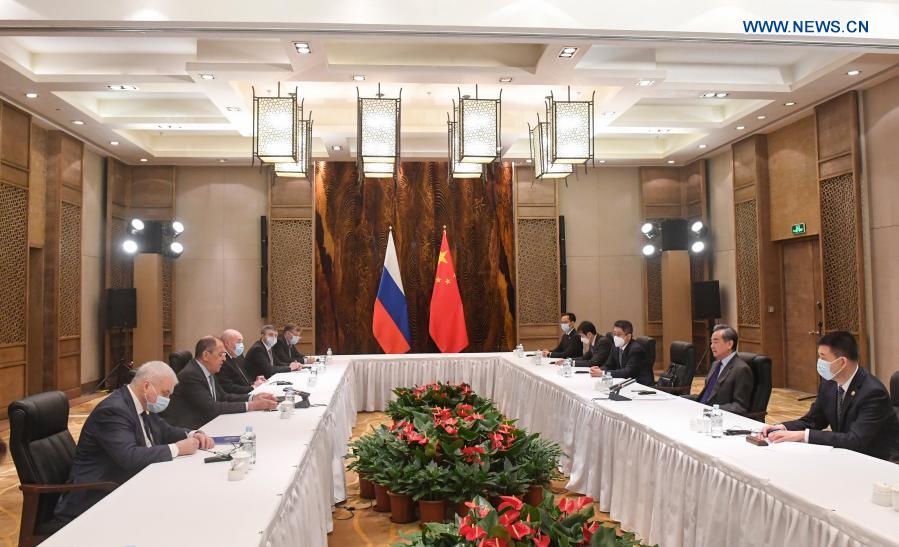 Xinjiang's problem is rooted in its economy. Some Uygurs cannot even speak standard Chinese, only a local dialect that can't be understood outside their communities. For this reason, their employment prospects were slim, and they were easy targets for foreign forces wishing to radicalize them and create separatist movements in an effort to hamstring China's development.

Many understand the danger of foreign forces manipulating young people without jobs and educations. They understand that the best solution is to open the world and offer opportunities to these young people. This approach is advocated in the UN Plan of Action to Prevent Violent Extremism and fully complies with the principles and spirit of a series of international counter-terrorism resolutions, including the UN Global Counter-Terrorism Strategy.

To solve the problem in Xinjiang, the local authorities have set up vocational education and training centers where young men and women at risk of being recruited are instead taught skills and learn Chinese, so they can find employment and get ideas from the larger world to compete with the separatist extremist dogma some of them are being fed.

The conflict over Xinjiang represents a fundamental difference in view of the power of the state – something that has put China at odds with the West for years. Western countries have hardly respected or accepted China's policy choices when it comes to the government's role in the country's governance. For Westerners, many of these kinds of actions are considered to entail grave violations of human rights. But China is a country more focused on the welfare of the totality of its people, and these government actions are considered acceptable paths to alleviating poverty and ensuring shared prosperity – an area in which China has achieved unprecedented success. 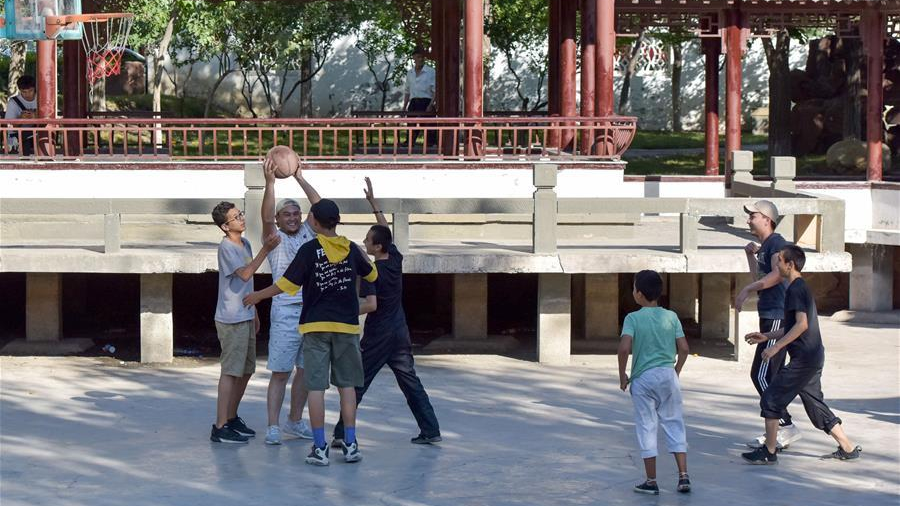 The conflict over Xinjiang, in essence, is not about whether a genocide is taking place in the region or not, but how much power is appropriate for the state to exercise. On this issue, the West and China will continue to have profound differences. But China's success in managing COVID-19, raising hundreds of millions out of poverty and breaking through the traps of poverty and emerging as a technological and economic leader shows that its approach benefits its people. Its policies are effective and cannot be dismissed by Westerners because they clash with the West's own deeply held ideologies.

The West's ideas on right and wrong do not represent the views of most of the world. Its efforts to keep China down are obvious to developing nations, many of which were exploited to provide the foundation for the wealth the West now enjoys.

Chinese Foreign Minister Wang Yi called for nations to accept and promote the peaceful coexistence and common development of countries with different social systems and developmental paths. After all, even in the West, there are a wide range of approaches to government. Each based on the particular situation of each nation.

Multilateralism does not mean getting together with a few friends who share your worldview and condemning anyone you disagree with. It means doing the hard work of trying to understand the different policy approaches and choices of other nations – and working to find common ground to solve joint problems.