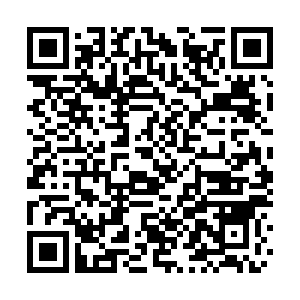 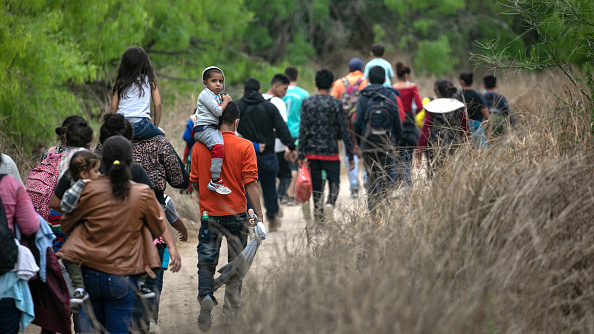 Asylum seekers, mostly from Honduras, walk towards a U.S. Border Patrol checkpoint after crossing the Rio Grande from Mexico near Mission, Texas, on March 23, 2021. /Getty

Asylum seekers, mostly from Honduras, walk towards a U.S. Border Patrol checkpoint after crossing the Rio Grande from Mexico near Mission, Texas, on March 23, 2021. /Getty

Human rights in the United States are in the dust, and America's politicians do not have the qualification to devise "legal" rationales to trash-talk the rest of the world on the subject. That's according to a new report issued by China's State Council Information Office on March 24.

The report, which is part analytic, part informative, and totally original, critiques the U.S. government for going backward on human rights in 2020. It urges "the leader of the global human rights movement" to drop its glaring hypocrisy and double standards and work with the international civil society to overcome deficits and build a community with a shared future for mankind.

The report lists America's disastrous COVID-19 containment plan (a bitter mixture of triage, denial, and greed) that resulted in the tragic loss of more than 500,000 American lives, a democracy of the billionaires that turned the presidential race into a "one-man show" of the rich, hate-motivated gun violence and unchecked police brutality that led to frequent deaths of African Americans, as well as inter-ethnic conflicts, racial disparities, and hate crimes against immigrants, and especially Asian Americans.

No less important, the report delivers a withering verdict on abusive state actions through which "one in four young Asian Americans has been the target of racial bullying" and profiling. It goes on to contend that the U.S. government is gaming international rules and norms to sanction International Criminal Court staff and other countries to avoid accountability amidst a pandemic.

Certainly, the image of the U.S. as "the leader of human rights" does not hold water when one goes through the report. It's a disturbing read. It makes this conclusion impossible to avoid that the supposed moral exceptionalism in the U.S. is no more and that it has regrettably lived up to its name as a first-class abuser.

U.S. politicians and diplomats cannot divert attention from their own textbook case by speaking to China and other countries from a position of moral high ground. They can only lecture the world with well-founded confidence on the rates of pandemic death, gun violence, racial discrimination and social divide, or forever wars, self-importance and prejudice. 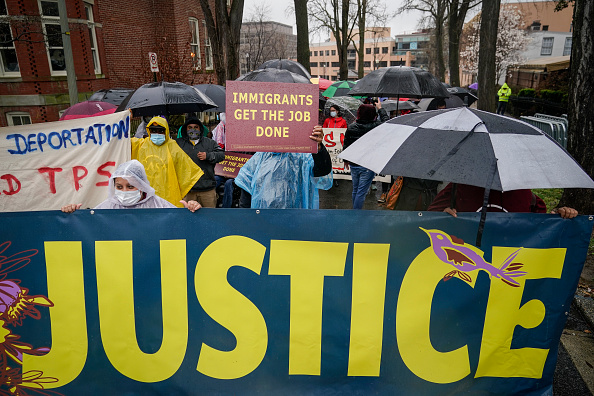 Activists and citizens with temporary protected status (TPS) march from the Democratic National Committee Building to the Republican National Committee building in a call for Congress and the Biden administration to pass legislation granting immigrants with TPS a path to citizenship on Capitol Hill in Washington, DC, March 24, 2021. /Getty

Activists and citizens with temporary protected status (TPS) march from the Democratic National Committee Building to the Republican National Committee building in a call for Congress and the Biden administration to pass legislation granting immigrants with TPS a path to citizenship on Capitol Hill in Washington, DC, March 24, 2021. /Getty

It's handy advice for the political establishment in Washington, where nothing it seems can be learned, to dispose of their human rights plaything and undo the nightmare. They can start thinking more about the dynamics they have factory-made to rationalize the carnage and lawlessness at home and abroad.

Given the ongoing white resistance and realities of bipartisan politics, it will take realpolitik for the most ordinary of abusing nations to actually bring about the sort of far-reaching changes and reforms that would make its systematic discriminations and abuses a thing of the past.

It's ironic that the United Nations has comparably warned - and justly so - on its reports that indeed all is not well in the U.S. They maintain that U.S. policies are a human rights disaster, greedy and immoral, that violate the basic rights of vulnerable nations across the globe.

It reveals a disturbing lack of progress as the U.S. has never bothered to comply with human rights standards anywhere. Little wonder China's report raises concern on similar issues such as racial oppression and inequalities, police brutalities and failure to end the forever wars of the 21st century.

Not that the mainstream mindset in Washington will now commit to a genuine human-rights standard. The lesson of history is that there's little holding them to following the report's recommendations as they still assume they must be in the right. It's rather immature to think they are prepared to pursue the moral high ground to fall in line with the fundamental principles of human rights - universality, equality, and indivisibility.

Let's be utterly clear. We should not be fooled into thinking that Washington's political leaders are prepared to correct the open, tolerated and sometimes expressly approved racism and systemic misuse of force.

Far from it, they will continue to support the full denial of due process systematically and bureaucratically in the name of the "greater good of our country." This sociological phenomenon and the underlying fissures can be attributed to a history of discrimination and violations that began with colonization and continued all through bigoted domestic laws and interventionist foreign policies.

It's really not complicated. The U.S. has walked out of the United Nations Human Rights Council and the World Health Organization. It is the only country in the world that has not ratified the UN Convention on the Rights of the Child. It even pulled out of UNESCO. Is that a way station on the road to more human rights politicking, abuses, and denials?