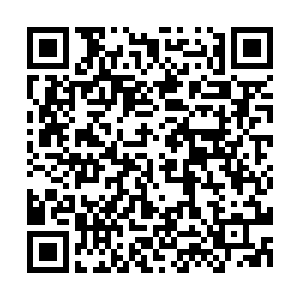 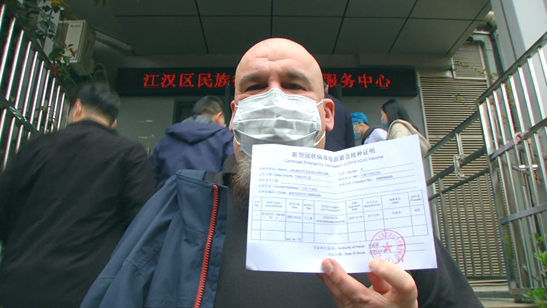 David Wilmots received his first COVID-19 inoculation on Wednesday, the first foreign resident to get the vaccination in this community hospital in Wuhan, central China's Hubei Province.

A Belgian who came to the city in 2000 and is now a bar owner here, Wilmots received the vaccine developed by the Wuhan Institute of Biological Products.

"I feel top, no problem. Thank you!" he told the nurse after the 30-minute observation period.

Wilmots and his wife Kela had to stick around for 20 minutes after the vaccination but said they didn't feel any side effects and 10 minutes later, it was time to check out.

"It was a great service experience and most importantly, it is safe," Wilmots told CGTN. He now holds a vaccine certification and advises everybody to get their own shots.

China is starting to include foreign residents in its vaccination campaign in cities like Shanghai, Beijing and Wuhan.

According to the Joint Prevention and Control Mechanism of the State Council, Shanghai will offer COVID-19 vaccinations to foreign residents starting the week of March 29.

Foreign residents aged between 18 to 59 years old can book an appointment online, according to the notice. Those with health insurance can receive the vaccine for free like Chinese nationals, while others will have to pay 100 yuan (about $15) for one jab.

Beijing began offering vaccines to foreign journalists and diplomats within the same age range this week.

As of Tuesday, China had issued more than 80 million vaccine doses, according to the National Health Commission.