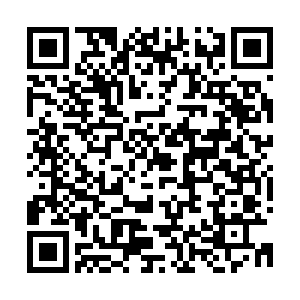 The giant container ship grounded in the Suez Canal could be freed by the start of next week if heavier tugboats, dredging and a high tide succeed in dislodging it, a Dutch firm working to free the vessel said.

The 400-meter (430-yard) long Ever Given became wedged diagonally across a southern section of the canal amid high winds early on Tuesday (March 23), disrupting global shipping by blocking one of the world's busiest waterways.

A total of 321 ships are currently waiting to transit the canal, through which about 15 percent of world shipping traffic passes.

At a press briefing on Saturday, Suez Canal authorities said that 14 tugboats are now involved in the operation, but they might change to lighting the ship's load if current re-floating efforts don't work.

The authorities also said aircraft would not be able to lift containers off the stranded ship.

By Friday, dredgers had removed some 20,000 tonnes of sand from around its bow, but tugging operations to free the ship were suspended overnight.

They were due to restart early afternoon on Saturday to try to take advantage of the high tide, three sources with knowledge of canal operations said, though they added it could be necessary to remove more sand from around the ship to free it.

"We aim to get it done after the weekend, but everything will have to work out exactly right for that," Peter Berdowski, chief executive of Boskalis, told Dutch TV program Nieuwsuur late on Friday.

Boskalis owns Smit Salvage, which was brought in this week to help with efforts by the Suez Canal Authority (SCA) to dislodge the ship.

According to Egypt's Suez Canal Authority chief Osama Rabie, strong wind was not the main reason for the cargo ship's grounding in the waterway.

"Strong winds and weather factors were not the main reasons for the ship's grounding, there may have been technical or human errors," Osama Rabie told a press conference in Suez on Saturday.