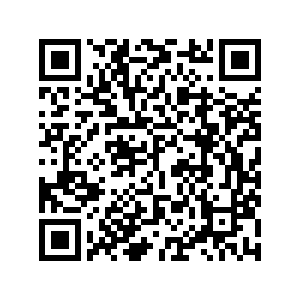 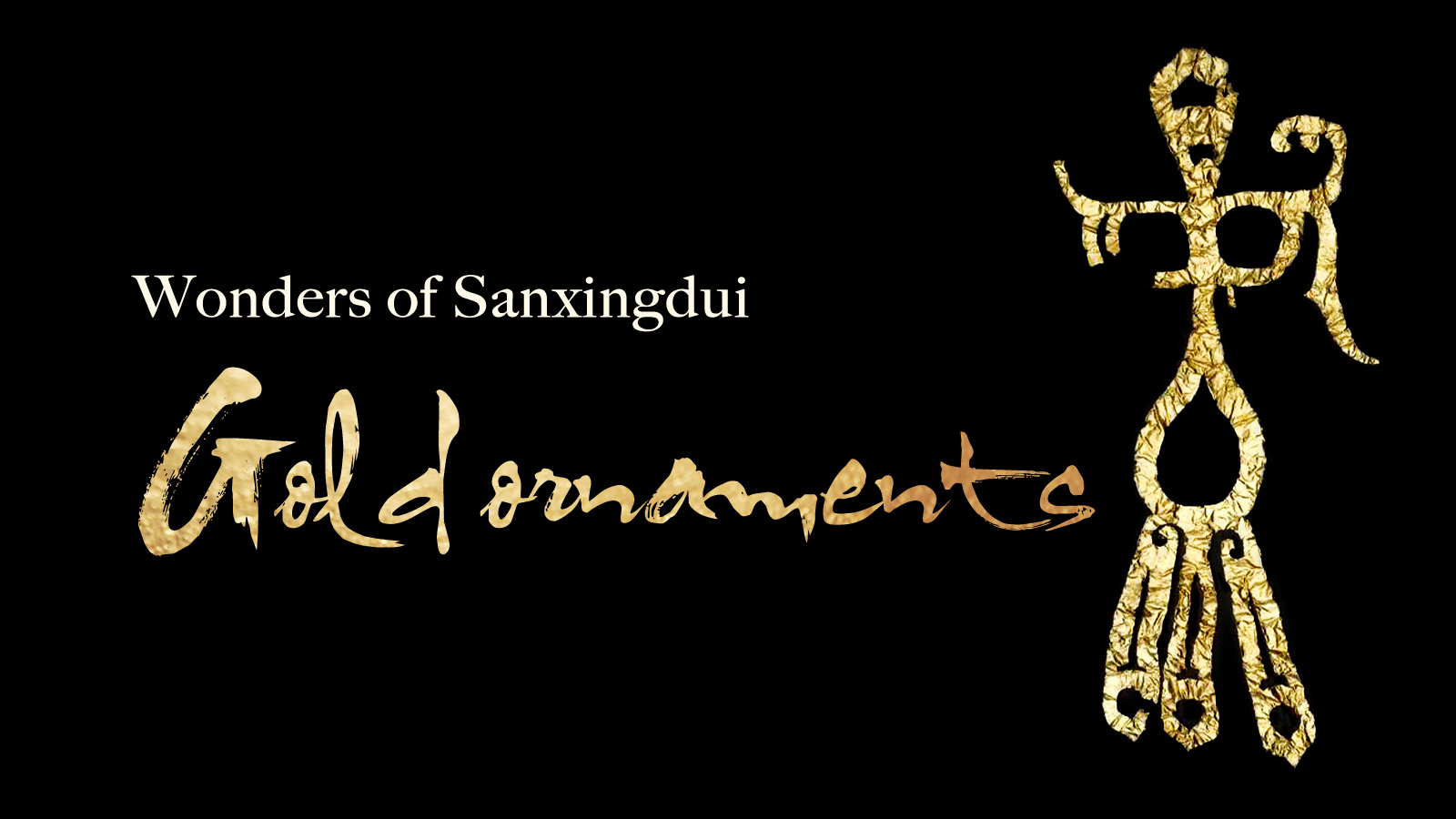 The much anticipated archaeological excavation of Sanxingdui Ruins in southwest China's Sichuan Province is underway and multiple gold leaves have been extracted from the No.5 sacrificial pit.

Many gold leaves are scattered at the bottom of the pit, mostly small and thin. The exquisite carving skills on the thin gold leaves of ancient Shu Civilization has once again amazed experts. 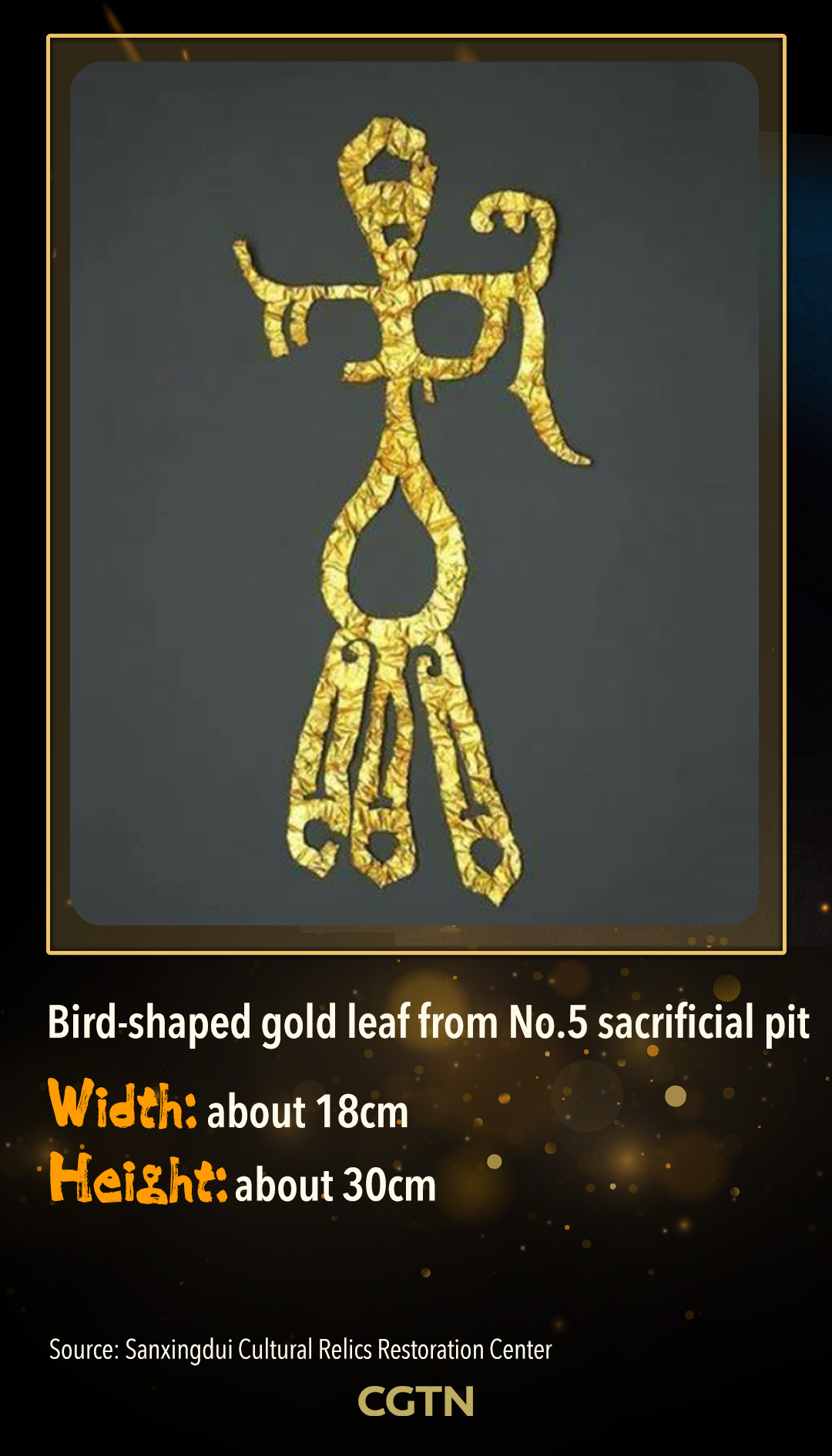 In addition to the enchanting gold mask, the bird-shaped gold leaf unearthed from the pit has also been restored.

The bird-shaped gold leaf is shaped like a human head and bird body, with round wings and a tail similar to a phoenix.

"Such thin gold ware are generally not used alone. It may be applied to something as a decoration or inlaid along the edge," said Ma Yanru, former researcher at the National Museum of China. 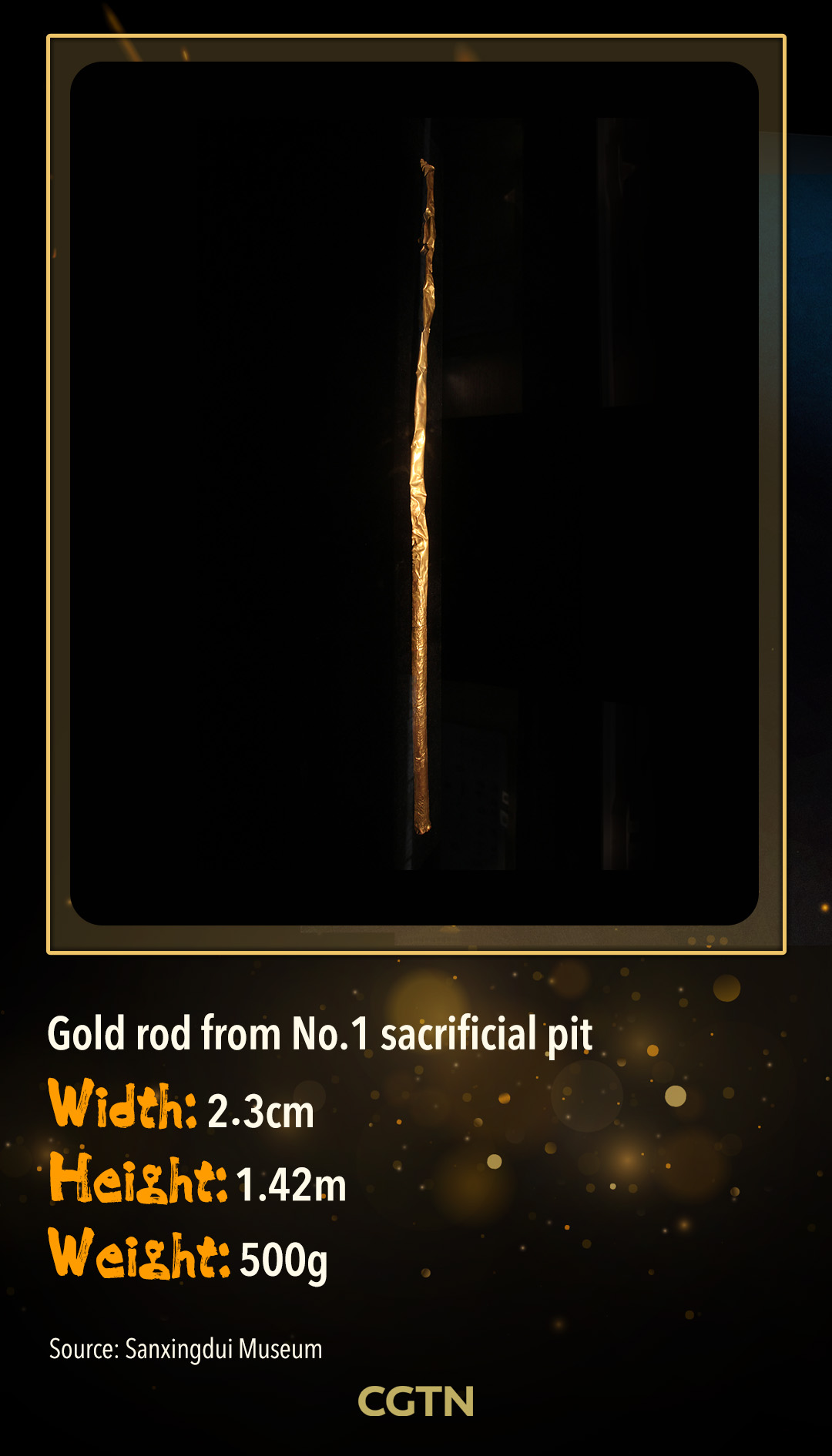 The gold rod extracted earlier from the No.1 sacrificial pit is the largest piece of gold in China that has been unearthed during the same period.

The gold rod is a piece of gold made into a gold leaf and then rolled up on a wooden rod. When unearthed, the wooden staff is charred, and only the gold leaf remains. At one end of the rod, there is a 46-centimeter-long pattern: a human portrait, bird, fish, and arrow-formed pattern. 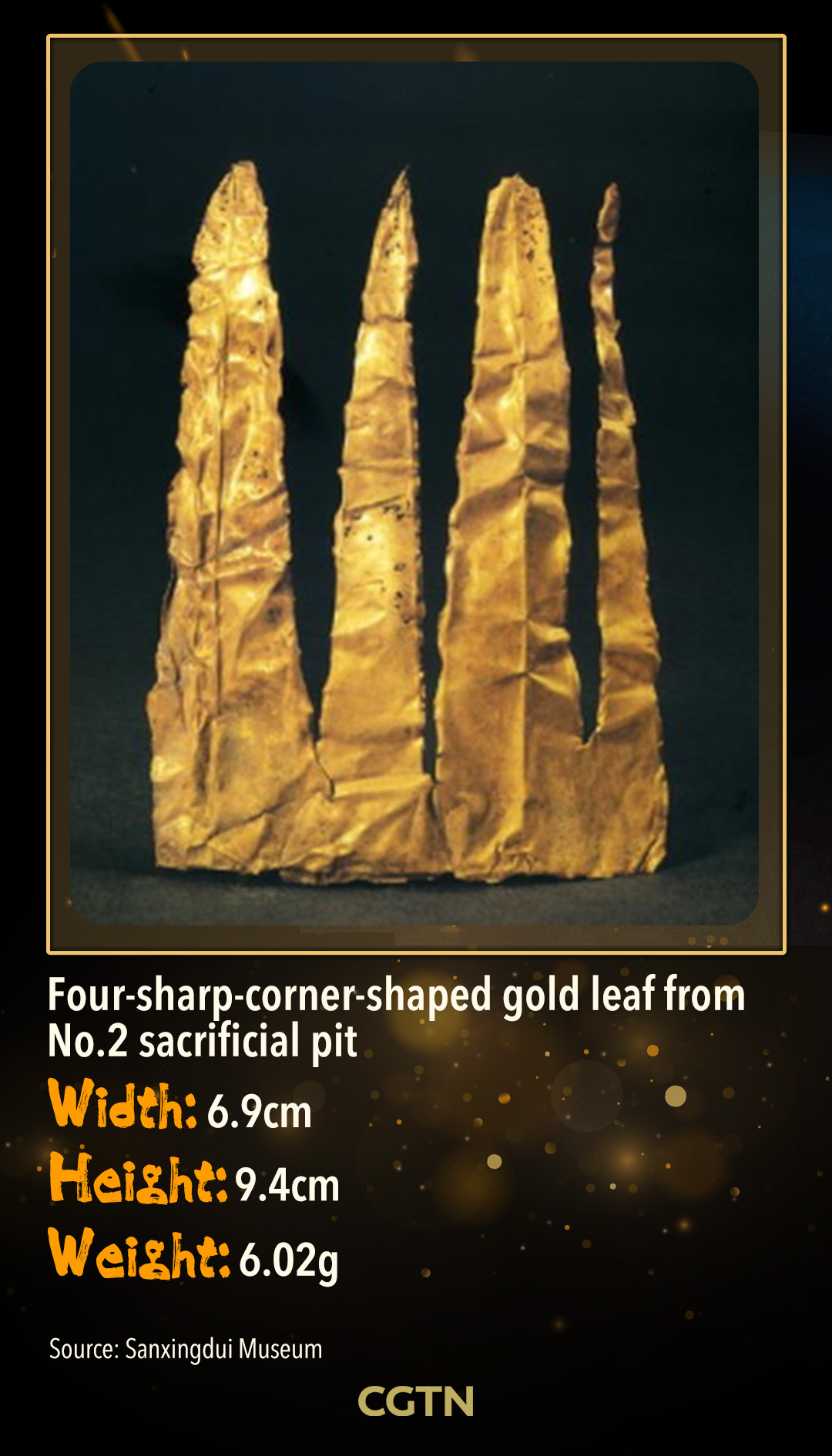 The four-sharp-corner-shaped gold leaf from the No.2 sacrificial pit is chiseled with a rectangular gold leaf into a sharp four-corner shape. The other end is flat, a bit like four undulating narrow mountains, which might be pasted on other objects. 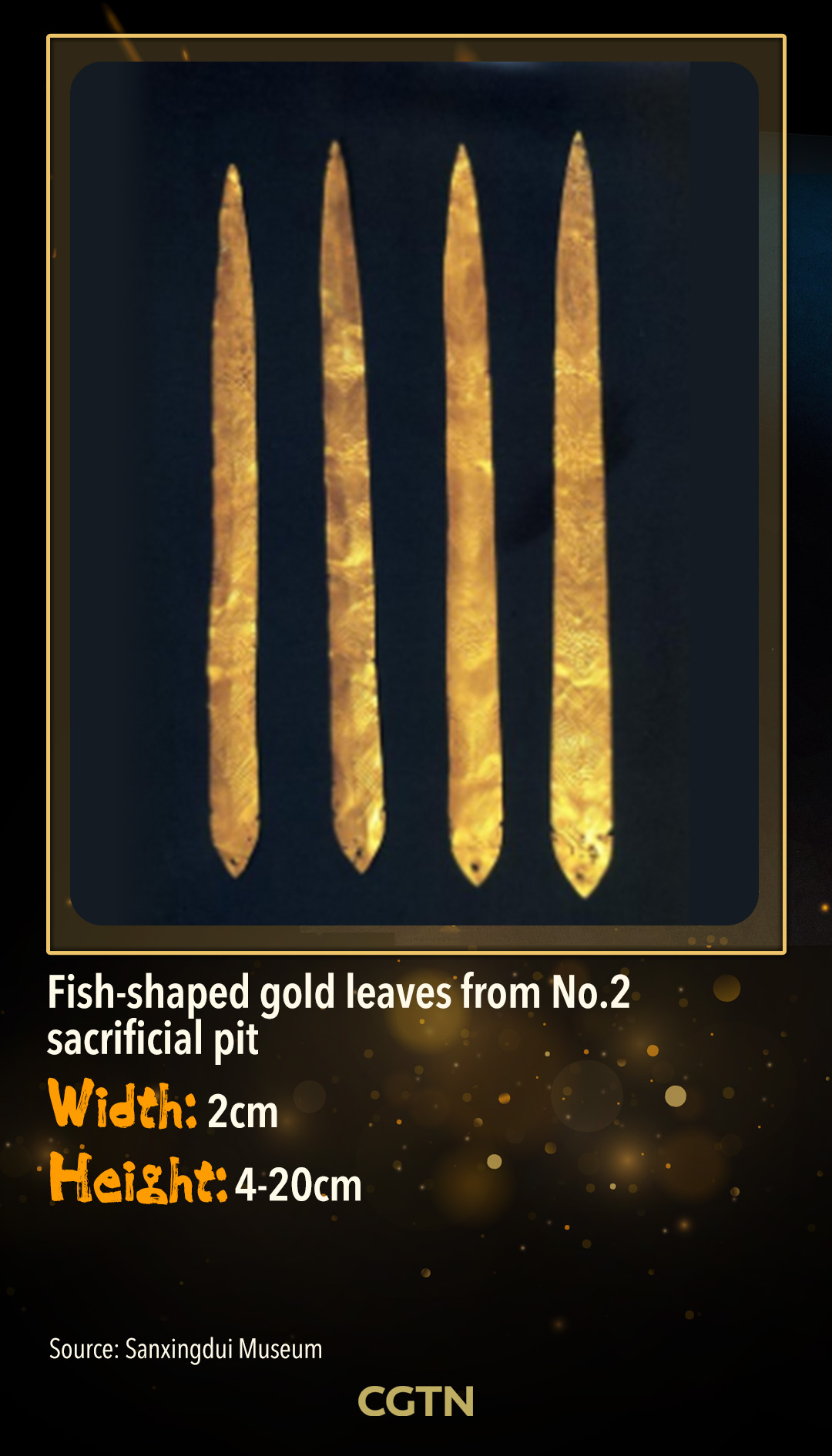 A total of 19 fish-shaped gold leaves were unearthed, large and small, from the No.2 sacrificial pit. The large ones are about 20 centimeters long and two centimeters wide, carved with fine leaf veins and thorns-like patterns.

The small ones are similar in shape to the large ones, ranging in length from four to seven centimeters, and have no patterns on the surface.

The fish-shaped gold leaves have round perforations on the upper end, which indicates they were ornaments hanging from other objects.